Review: Get ready for the new ‘normal’ 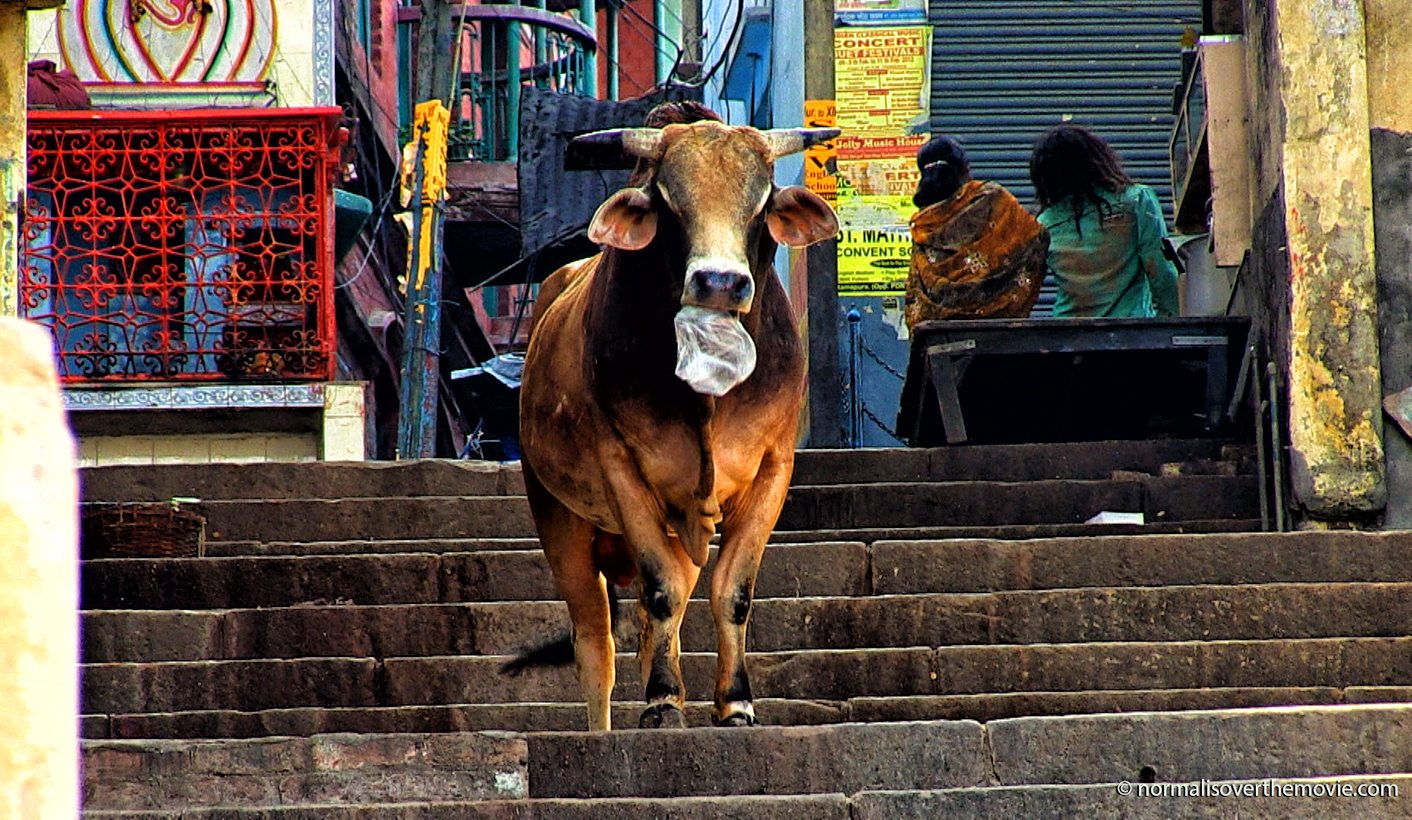 Award-winning journalist and filmmaker Renée Scheltema spent the past several years travelling the world in search of ways to drive sustainable change. The result, Normal is Over, is part problem-solving, part pilgrimage: an unusual, visually rich portrait of some of the world’s brightest and most innovative ideas. By MARELISE VAN DER MERWE.

“I had to change the world in an hour and 40 minutes,” filmmaker and TV journalist Renée Scheltema says drily. She’s explaining the three-year challenge of editing down 180 hours of footage into a watchable film. Ten hours, she says, would have made watching a more reflective process, certainly. But as survivors of the Godfather trilogy can probably attest, there’s a limit to the amount of time even the most devoted bottom can spend on a seat, and so the year-long editing process began. Normal is Over took four-and-a-half years in total to make.

Scheltema travelled extensively, trying to get to the bottom of what she calls a global decline: increasing inequality, decreasing resources. She spent a year talking to experts in every imaginable field – professors, farmers, bankers, designers, architects – to figure out whether there’s a way to prolong the survival of the people on this planet. She wanted, literally, to solve the world’s problems.

A little ambitious, yes; more so for what began as a one-woman crew. But the result, despite its complex web of information, is a surprisingly coherent exploration of what The Impossible Hamster illustrated. The premise: the economy, as we understand it today, simply cannot survive indefinitely. Sooner or later (and according to Normal is Over, it will be sooner) it will collapse, because the available resources simply can’t sustain the speed of growth.

Watch: Normal is Over (trailer)

The question is, can disaster be averted? And if not, what’s going to follow?

There are numerous bright minds already engaged with exploring sustainability – although, many of the voices in Normal is Over suggest, the concept of sustainability itself needs to be revisited; it’s not just about using slightly greener processes or more ethical means. There needs to be a far more aggressive overhaul.

The film connects science, economics, conservation and philosophy to provide – if not an answer – a general direction in which human beings could be moving constructively. It explores the notion of amended taxation to drive behavioural change – because, time and again, human beings have demonstrated a greater willingness to embrace change if there’s a financial incentive (Daily Maverick has previously reported on the impact of excise taxes on behaviour).

It suggests, too, striving for a “circular economy”, where what we use is ploughed back to regenerate, much as the life cycle occurs in nature. Some of the examples given are genius: one fly farmer, for example, hit on the idea that in nature, waste is disposed of naturally. Who are nature’s waste officers? Flies, of course. (And – it must be acknowledged – farming flies has its advantages for the novice. Many of us farm flies quite unintentionally, come a hot summer.) Instead of providing chickens with fishmeal, which is both expensive and a little unnatural, chicken waste is harvested and used as a nesting place. Once the maggots are big enough, they too are harvested and used as chicken feed. Which again becomes waste. Perfect circle.

As much as the premise and concept of the film seems a little bizarre (“People thought I was a nutcase,” Scheltema observes serenely), there’s something compelling in the logic of it. We already are moving in the direction that’s being suggested; the issue is whether we’re doing so fast enough and whether there is enough buy-in globally. The film’s aim revolves around the latter. Scheltema’s hope is that Normal is Over – and other media like it – will reach enough people to form a “critical mass” that can drive change. There’s no way, she acknowledges, to reach everybody. Especially when, ironically enough, development is speeding ahead, but only for some. Many still have little access to media, too. If you’re living on the breadline and battling for even basic education, optional communications about the state of the planet will be the least of your worries.

But in Africa in particular, we should be sitting up and listening. Even while the continent’s economy is growing and cities are rapidly expanding, 75% of the population lives directly off the land. At the same time, the continent is streaking ahead in terms of producing renewable energy. Global Renewable Energy producer Mainstream Renewable Power signed a $117.5 equity investment recently to accelerate the growth of wind and solar plants across Africa. South Africa, in its own right, has successfully rolled out its REIPP programme, with scholar Anton Eberhard arguing that dependence on nuclear is both costly and unnecessary. The continent is being noticed for its capacity for green innovation: Forbes.com recently recognised Africa’s top Clean Tech start-ups (two from South Africa). Close to home, we’re moving in a more sustainable direction. But protecting the continent’s natural resources is essential.

The issue, says Scheltema, is that humanity’s timeline for instituting change is shorter than we think. Although global powers are focusing on goals for 2050, some have argued that 2020 will be a crisis point. The film reasons that we are buying on a “planetary credit card”, having created greed-based, rather than need-based, systems. And the minority are reaping the benefits. Discussing the dramatic increase in sales of rhino horn for its keratin, a weary Scheltema says: “You might as well chew your own fingernails.” Well, there is that.

Thus far, spreading her message seems to be going well. Before filming, she explains, she had an awareness that there was something she needed to say before she died. And she seems to have got a fair amount of buy-in from those she’s been in contact with: the film scooped a number of international awards, has had its run extended in Cape Town, and she’s managed to attract some financial support and volunteered man-hours. But there was also loss along the way. One of those who insisted on working on the film was Scheltema’s own daughter, Lisa, who assisted throughout, and tragically died two days after its completion.

Scheltema’s grief is palpable upon speaking to her. But she is resolute: “I don’t want this film to ride on the publicity of grief,” she cautions. The film is dedicated to her daughter. But, while she puts herself back together, the work continues.

What sets this film apart is that, while green initiatives and green consumption have traditionally been the privilege of the wealthy, Normal is Over seeks to bust this myth; to combine more environmentally sustainable growth with less inequality. Author and activist in India Dr Vandan Svia says, bluntly, that it’s outrageous for organic produce to come with a hefty price tag. Small-scale farming that increases production and creates employment (locally, Harvest of Hope is one such initiative) has great potential as a win-win, she argues.

“This,” she says, referring to industrial-scale farming, “is not growth. It is grabbing of resources.”

Moreover, the film adds, industrial agriculture is more costly than we may think, and over-consumption is not only endangering the planet, it’s also increasing the burden on healthcare, industry and other areas.

Here are some snapshots that may give you pause: the global demand for meat means that we now have more livestock than humans. The overwhelming minority of the world’s animals are still wild. It would require 1.5 Earths to replenish what humans are consuming annually (2014 data). Our water consumption – particularly for agriculture – is quite simply not sustainable. If you’re in doubt, here’s a chart of how much water it took to produce your last meal.

And yet, the film points out, a disproportionate amount of budget is still dished out far and wide for “defence”, when in terms of threats to human survival, armed attack is less significant than irreversible climate change.

One gets the impression that Scheltema views her subject both as a matter of intellectual challenge and human tragedy. She’s not an economist, no. And she acknowledges she is an idealist. But, importantly, she is asking questions about much that we take for granted.

“We take children’s play and sell video games back to them,” is one particularly poignant line in the film. As much as Normal is Over argues its point, it’s also underpinned by a level of sorrow.

It is an unusual film. It combines footage that by turns makes one laugh, think and worry. “Things don’t change,” one researcher says, “until after collapse. They don’t change because someone has a better idea.”

But it’s also an engaging hybrid of personal pilgrimage and intellectual pursuit. It won’t speak to everybody. But it will speak to many. DM

Normal is Over has had its run extended at the Labia in Cape Town for an extra week, beginning on Friday 12 August. Plans are under way to screen it in Johannesburg and elsewhere. It can also be viewed, at a charge, on Vimeo.