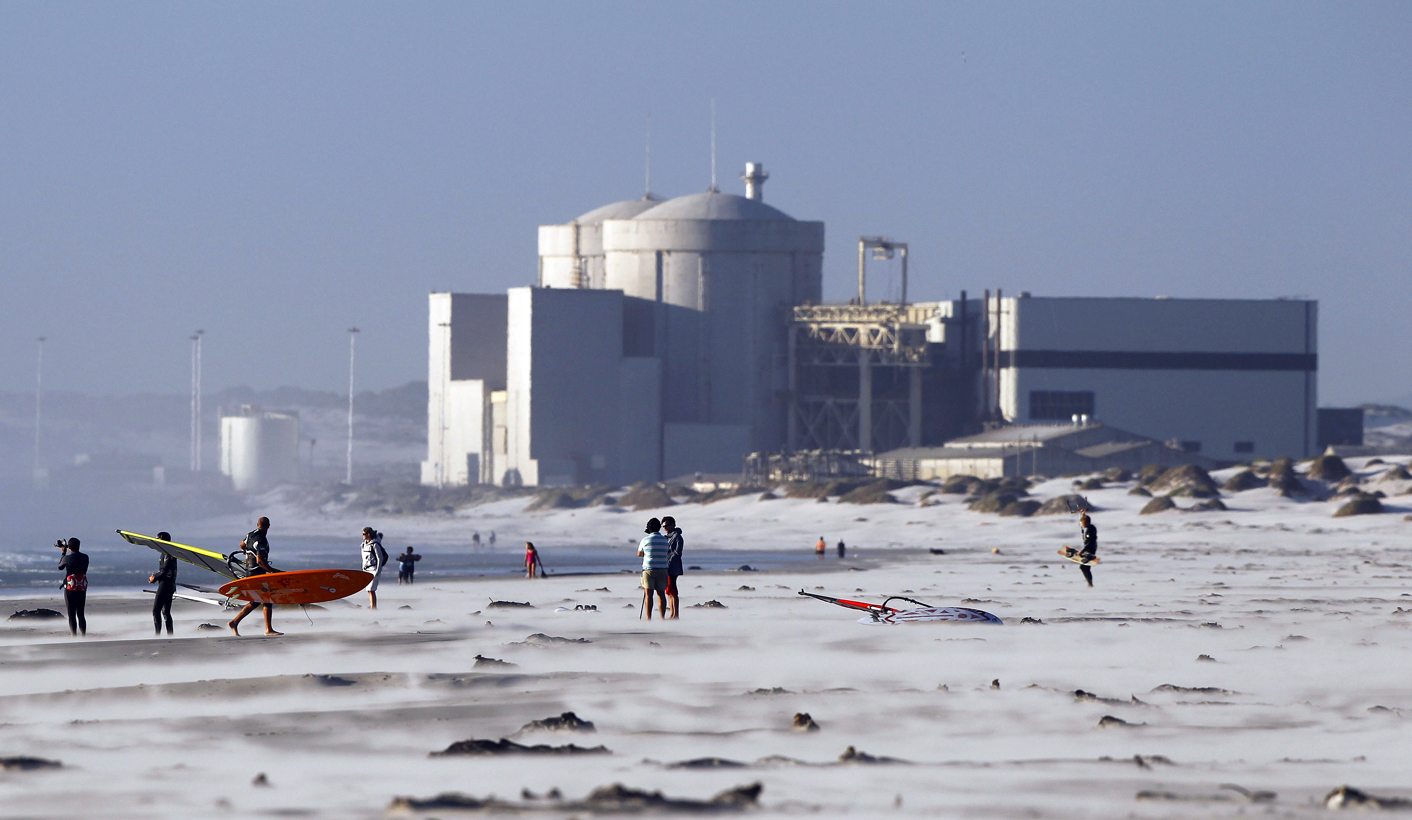 A routine letter sent by Koeberg nuclear power station manager, Riedewaan Bakardien, to a wide range of suppliers has led to his suspension by Eskom, as the utility assesses the impact of the letter on its appeal to the Constitutional Court of South Africa (Concourt) against a Supreme Court of Appeal (SCA) judgment ordering Eskom to set aside a R5-billion contract with Areva. By AIMEE CLARKE, assistant editor, EE Publishers.

Eskom says the letter contains “unauthorised facts and assumptions” in respect of Koeberg’s planned maintenance outages up to 2025, during which the replacement of six steam generators at Koeberg would take place in terms of the contract awarded to Areva.

However, it would appear that the problems Eskom has with the letter may have less to do with so-called “unauthorised facts and assumptions” than with the contradictions the letter reveals in Eskom’s own arguments to the Concourt.

“Eskom’s letter [signed by the Koeberg power station manager] now puts matters beyond any doubt: the allegations by Eskom’s deponent are conclusively shown to be false,” according to the affidavit by Westinghouse, which is fighting to be substituted in place of Areva as the successful contractor.

The affidavit was submitted to the Concourt on 5 August 2016 by Webber Wentzel, acting for Westinghouse, in support an application to admit the letter as further new evidence in the case awaiting judgement by the Concourt that was heard earlier on 18 May 2016.

On 8 December 2015, the SCA ruled that Eskom had “unlawfully” awarded the R5-billion steam generator replacement contract to Areva, and ordered that the contract be set aside, and that Eskom should reissue the tender properly from scratch.

While Eskom and Areva appealed the SCA judgment in the Concourt, Westinghouse cross-appealed to be substituted as the successful bidder without the tender having to be reissued again.

Eskom argued that it was absolutely critical for safety and security of supply in South Africa that the replacement of the steam generators must take place during Koeberg’s X23 maintenance and refuelling outage in 2018. Eskom further stated that if it had to reissue the tender again, Westinghouse would in any case not be able to meet the critical X23 deadline.

The significance of the letter from the Koeberg power station manager, widely distributed in the normal course of business to suppliers and contractors (including Westinghouse) at the Koeberg site, is that it reveals that the replacement of the six steam generators by Areva is no longer scheduled for the X23 outage.

Furthermore, it reveals that the X24 shutdown planned for 2019/2020 has been reduced from 45 to 35 days, and is scheduled as a “refuelling only” outage. Thus the steam generator replacement is not scheduled for the X24 shutdown either, and can only take place at the X25 outage in 2020/2021, or later.

This is supported by reports from informed sources that the contract for the replacement of the steam generators is running significantly late, despite the award of the contract to Areva at a considerably higher price based on its commitment to meet the X23 outage deadline with a three-month safety margin (or “float”) in its construction schedule.

In its earlier submissions to the Concourt, Eskom in fact acknowledged that the project was running late, but indicated that, with Areva, it would work on a mitigation plan to avoid further schedule slippage.

This bright idea seems to have been unsuccessful, which lends credence to Westinghouse’s position that it has been, and continues to be, unfairly prejudiced by Eskom’s unlawful actions, and that Eskom has misled the Concourt with false depositions. DM