Analysis: The Ethiopian model is breaking, but it’s not too late to fix it 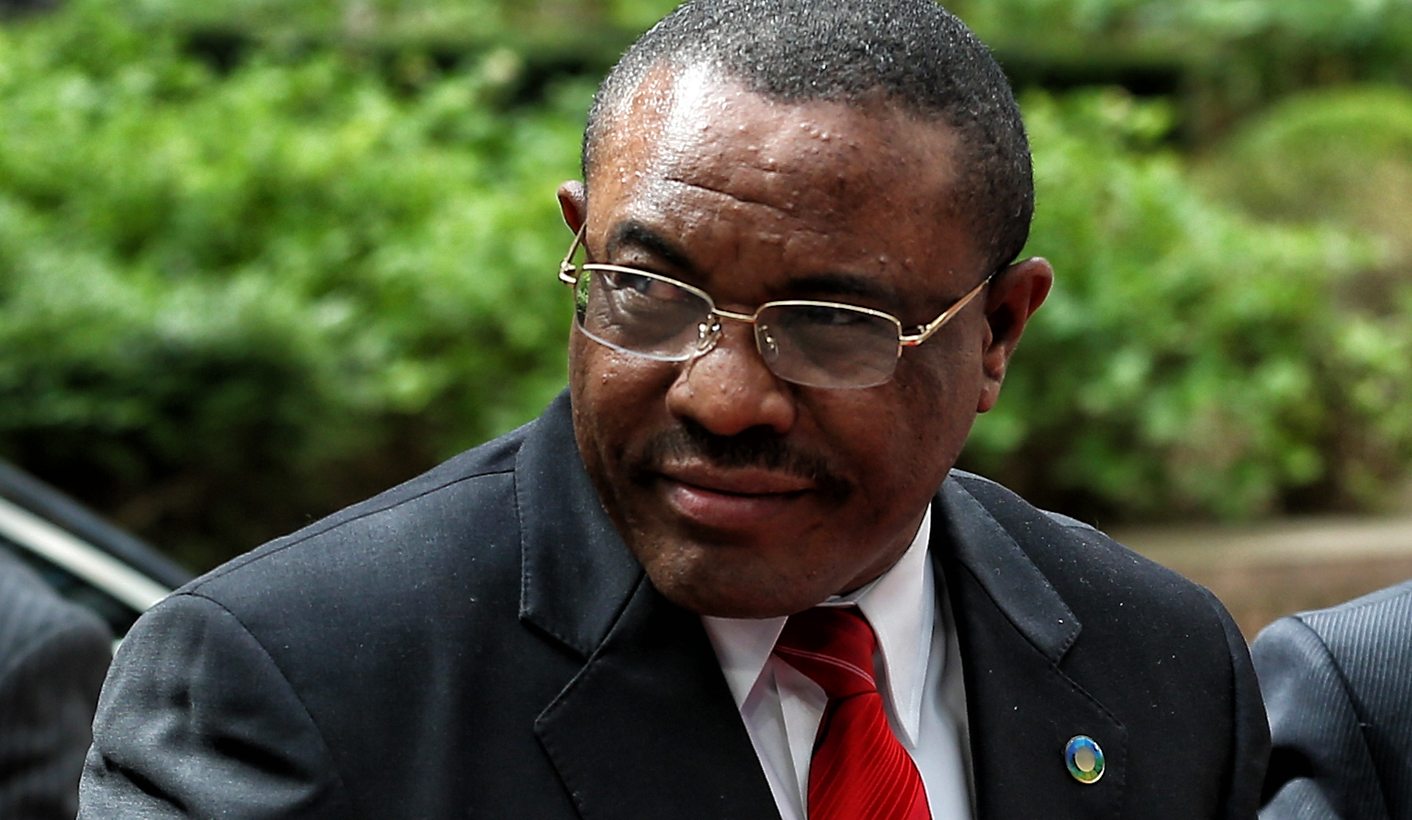 Dark clouds have long loomed over Ethiopia’s stunning development story. Now, in the face of unprecedented protests, and the government’s typically brutal response, those clouds threaten to turn into a perfect storm – with chilling consequences. By SIMON ALLISON.

As much as Ethiopia deserves praise for its stunning economic growth, which has lifted millions out of poverty, its record on civil and political rights has always been poor. Dissent is simply not an option, and countless journalists, activists and community organisers have found themselves on the wrong side of the state – with brutal, sometimes fatal consequences.

In public, Prime Minister Hailemariam Desalegn says that building a democratic culture takes time, but that Ethiopia is working on it. In private, Ethiopian officials admit to the abuses, but they say that unrestricted political rights would derail the state-building project. They insist that unfettered freedoms are a western luxury; a luxury that a country as large, diverse and historically divided as Ethiopia simply cannot afford.

There is some merit to this argument. It is no coincidence that Africa’s two most successful developmental states, Ethiopia and Rwanda, are both tightly-controlled one party states. Perhaps a firm hand and a coherent long term vision make it easier to implement policy, distribute aid and maintain political stability (although this is not always the answer, as the continent’s many failed dictatorships illustrate).

Proponents of liberal democracy must also acknowledge that the western model offers few examples, in Africa at least, where socio-economic rights have been successfully delivered alongside basic freedoms. “What good is freedom of speech to the hungry man?” the Indian politician Piloo Mody once asked. Western democracies themselves were almost all founded on what would be considered now to be gross human rights abuses, such as the disenfranchisement of women, or the enslavement of different race groups – abuses that dwarf the sins of modern-day Ethiopia.

But here’s the catch: as Ethiopia’s economy slows, and the glaring inequalities of its growth become more apparent, it’s becoming harder and harder to keep a lid on that dissent. While it might have been effective, Ethiopia’s authoritarian model of development is inherently fragile – and those fragilities are being exposed by the recent spate of anti-government protests. The unprecedented scale of these protests means that, for once, the government can’t make the problem disappear, no matter how ruthless its response.

The troubles began in November 2015, when affected communities began to demonstrate against the government’s plan to expand Addis Ababa, the capital, into surrounding farmlands. This tapped into wider discontent among the Oromo, Ethiopia’s largest ethnic group but also its most marginalised, and solidarity marches broke out across the region.

The protestors won, eventually – the expansion plans were cancelled – but at an enormous cost. An estimated 400 people were killed, and hundreds more imprisoned. This in turn fuelled more protests, and this year tensions have remained high across Oromia.

More mass demonstrations broke out in early July, but this time from a completely different source. A long-standing regional boundaries dispute in Amhara catalysed local resentment against the government, and huge rallies erupted in the region’s main cities, Gondar and Bahir Dar. Anger was directed at the government but also at the political dominance of another ethnic group, the Tigray, who occupy most senior government positions. Solidarity rallies were held across Amhara, Oromia and even in Addis Ababa.

The government responded the only way that it knows how: with lethal force. Amnesty International estimates that nearly 100 people were killed this weekend as security forces tried to disperse countrywide protests. In Bahir Dar alone, the police shot live rounds into the crowd, claiming 30 lives.

If the last nine months are anything to go by, the deaths will not stem the dissent. If anything, the more people the government kills, the louder and more widespread the protests seem to get.

For Ethiopia, the implications of this are deeply unsettling: the state can no longer stifle opposition by force. The authoritarianism which has underpinned the country’s development isn’t working any more.

Ethiopia’s rulers are now faced with a stark choice. Double down on the despotism, and risk a revolution – thereby undoing much of the country’s economic growth (donors are already under intense pressure to pull out). Or acknowledge that civil and political rights are not just a luxury, but a necessary condition for sustainable, long-term development – and reform the state accordingly.

The Ethiopian model of development may be buckling under the strain of the recent protests, and the government’s brutal response. But the model can, and must, be fixed. Before it’s too late. DM

Photo: The Prime Minister of the Federal Democratic Republic of Ethiopa, Hailemariam Desalegn arrives at the fourth EU-Africa Summit of Heads of States at the European council headquarters in Brussels, Belgium, 02 April 2014.  EPA/JULIEN WARNAND.

Why do we allow multinationals to treat us with disdain and trample over us with impunity?