Meanwhile in Zambia, an election not many are excited about 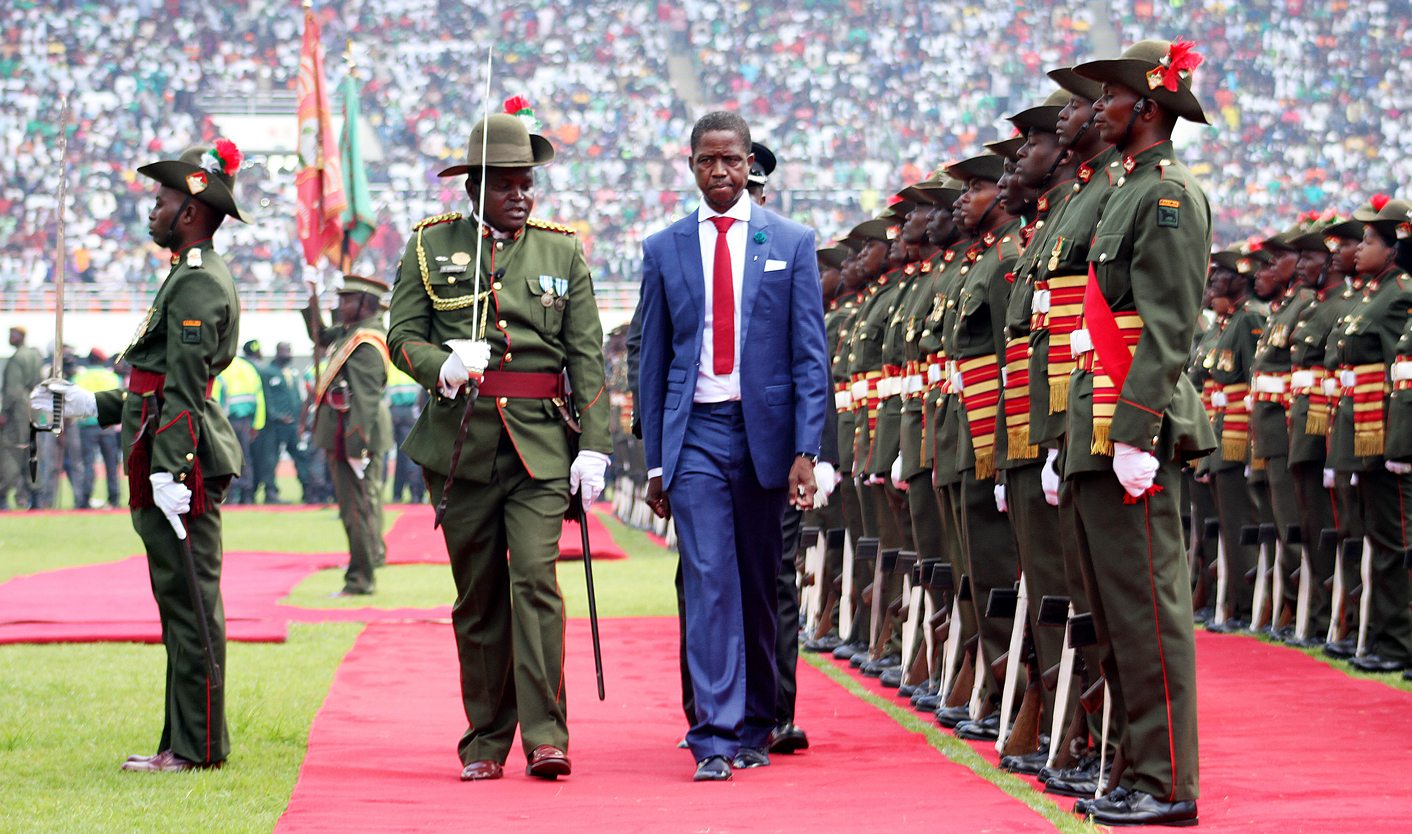 As Zambia heads to the polls on Thursday, SIMON ALLISON examines what’s at stake, and why it matters.

This time five years ago, the road between Mfuwe and Chipata, in eastern Zambia, was lined with blue flags, while the women who walked it wrapped blue chitenges around their waists. It was an election year, and Mfuwe was awash with the ruling party’s pre-vote detritus. The then-president, Rupiah Banda, is from these parts, and his face stared down from every tree alongside the dusty route, exhorting his compatriots to give him their vote.

On Thursday, Zambians head to the polls again, for the second time since that 2011 poll. On the political front, much has changed.

Banda was beaten, and his party is a shadow of its former self. Michael Sata, his Patriotic Front successor, died while occupying State House (actually, he died in a hospital in London; yet another African leader who didn’t trust his own health system). For a while, Sata’s deputy, Guy Scott, became postcolonial Africa’s first white president, before the Patriotic Front’s Edgar Lungu won emergency elections in 2014 by the narrowest of margins: just 27,000 votes, and over the objections of his vanquished opponent, Hakainde Hichilema of the United Party for National Development (UPND).

Thursday’s vote is effectively a rerun of the 2014 edition. It’s Lungu versus HH, as the opposition leader is universally known, with control of the state once again up for grabs.

It’s going to be close. So close, in fact, that tensions are higher than they have ever been. In a country that prides itself on the peaceful nature of its politics, political violence has marred campaigning, with both sides implicated in brawls and skirmishes. One person was killed in Lusaka when police opened fire on opposition supporters in July, prompting the electoral commission to suspend campaigning in the capital for 10 days.

“The elections are high stakes for both as the outcome can potentially end their political careers. Lungu has only served one term and will now be judged on his legacy and not that of the late president [Sata]. Hichelema is running for the fifth time, also at a time when the UNPD is at its strongest, and backed by PF defectors. A loss has dire consequences for their political longevity and the strength of the party,” said Dimpho Motsamai, southern Africa analyst for the Institute for Security Studies.

Lungu enters the race with all the usual advantages of incumbency, and then some. State media is trumpeting his campaign messages, while outlets deemed too critical are being harassed or shut down. His party has also been accused of appropriating state funds for political purposes, and of using state security services to harass and intimidate opposition figures. Last month, for example, the home of HH’s running mate Geoffrey Bwalya Mwamba was tear-gassed during a police raid, with Mwamba’s grandson suffering injuries that required him being admitted to hospital.

“The PF’s power of incumbency has been felt more during campaigning where they have created an uneven playing field for the opposition,” said Motsamai.

But HH has a couple of trump cards of his own. A series of high-profile PF defectors have rallied to his cause, including Mwamba, Guy Scott, and the late President Sata’s son, Mulenga Sata. A more significant weapon, however, has been Zambia’s poor economic performance during Lungu’s brief time in office. Growth has slowed from 7% to 3%; about 10,000 jobs have been lost in the copper belt, Zambia’s industrial heartland, and the Zambian kwacha was the worst-performing currency in the world in 2015, dropping by 42% against the dollar.

Lungu may or may not be responsible for the poor economy – he inherited many of the problems, after all, and 18 months is hardly enough time to turn things around – but HH has been effective in blaming the president and the ruling elite.

“[Zambians] deserve better from a political elite that has allowed runaway corruption to drive our economy into the ground… Zambians also deserve better from a governing class that is focused predominantly on improving their own standard of living, including awarding themselves hefty pay increases, at a time when job losses are high and the price of food sky-rocketing. These same leaders rarely venture to the majority rural areas of our country to either listen or respond to citizens’ concerns. This is unacceptable,” wrote HH in an op-ed published on African Arguments.

Like Zambia’s chaotic politics, the rural village of Mfuwe has also changed in the last five years – although not by much. Those blue flags are now green, reflecting the colours of Lungu’s Patriotic Front, as are the bright new chitenges that everyone in the village seems to be wearing (most were distributed by party officials, but some were casually chucked from within the presidential cavalcade itself as it sped through the village last week). For most locals, election time is their only direct experience with the national government, and those new chitenges perhaps the only concrete benefit they receive from it.

But there is noticeably less enthusiasm for the democratic process than there was in 2016: citizens are tired of the petty squabbling, and the failure of politicians to deliver on their promises. The same is true all over Zambia, and it showed in the exceptionally low turnout of the 2014 election – just 32.36% of registered voters participated – with little to suggest that this time will be any different.

In this election, that turnout figure may end up being more important than the result itself. Yes, this election is about the identity of Zambia’s next leader; but it’s also about how many Zambians think it actually matters. DM