Video – Between The Lines: What does the EFF Generation want? 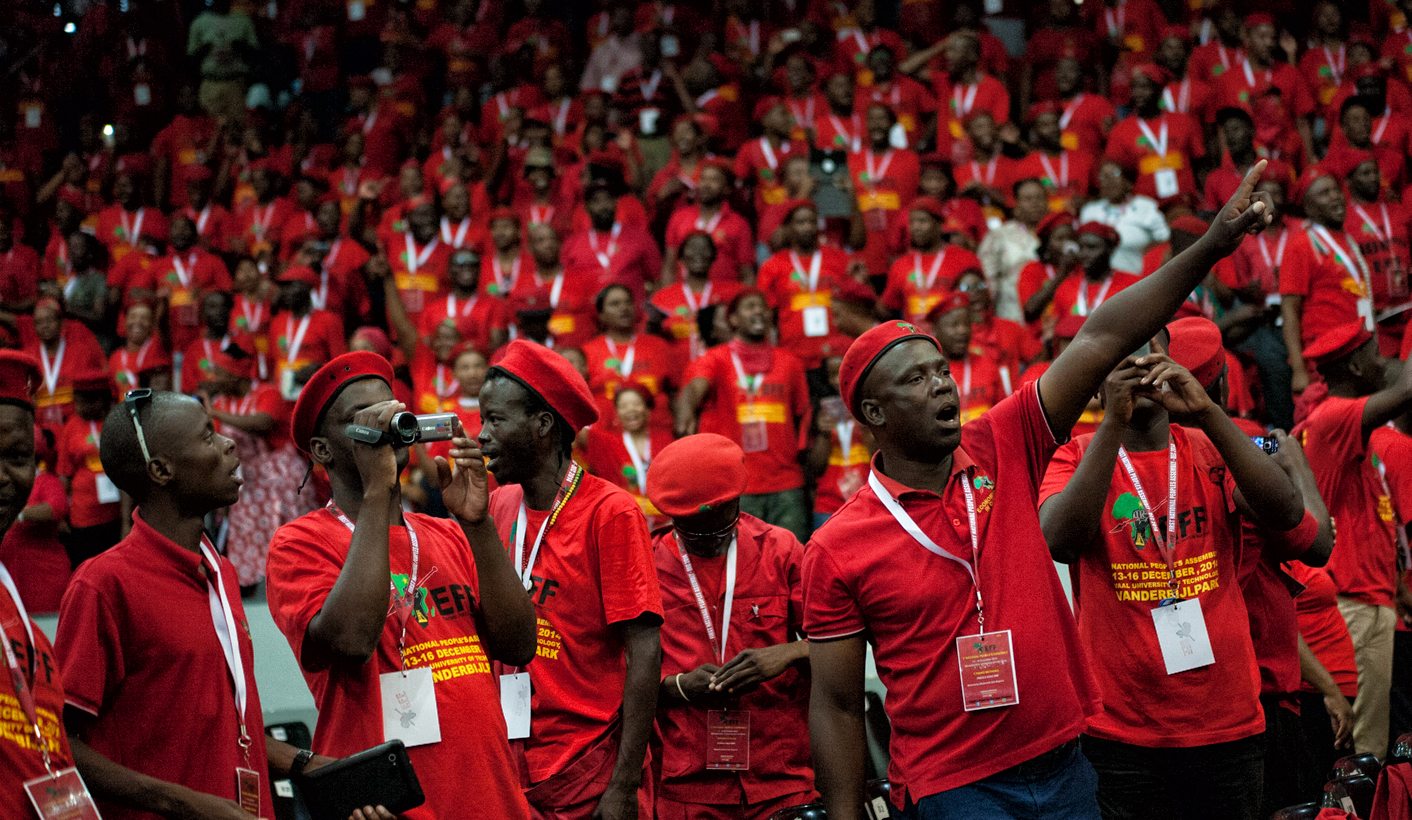 As the country watches the Economic Freedom Fighters for clues about which parties the born free generation will coalesce with to run our cities, BETWEEN THE LINES asked Akosua Koranteng, an economics and finance graduate studying for a Master’s in African Studies at the University of Cape Town, what students in #FEESMUSTFALL want from their elders. Her answers were modest and thoughtful. By JOHN MATISONN.

Akosua was born in Ghana but has lived most of her life in South Africa. She does not speak for #FEESMUSTFALL, but she has taken part in their protests. She knows that some students go to university hungry, and that the university is under-funded by government.

If she is like many fellow students, this generation is not focused on ideological debates about Marxism and capitalism in the way their predecessors were in the 1970s and 1980s. She does not claim to have thought through an economic ideology.

Their issues respond to their experience, especially in formerly white universities, today, and Akosua’s experience is alienation. Finding identity in the writings of Frantz Fanon and Robert Sobukwe, they identify with outsourced workers on campus more than with curricula traditional at UCT or Wits.

Student activism has moved from the early symbolism around #RHODESMUSTFALL. More students talk of renaming Jameson Hall at UCT Marikana Hall, identifying the failure of the state under President Zuma as much as big business as equally culpable in the murder of 40 mineworkers in 2012. Unions on mines, and white-collar unions of teachers and public servants, are not necessarily their heroes either. Today’s students see few institutions, either struggle-related or not, as role models. They see few to admire, so want a say in restructuring.

Akosua wants the reprioritising of government budgets, to cut public service salaries, and to stand up to the teachers’ union SADTU where it dilutes education quality. While student activists are often portrayed as dogmatic and ideologically extreme, Akosua’s way of thinking is pragmatic. Looking at the ranks of institutions that have been disappointing – the liberation movement now in power, the government, business, and trade unions – she wants solutions that come from looking at how South Africa really is now, not how those establishments portray it.

Perhaps that is a way to understand the EFF too. No doubt, some solutions they recommend will not work. Some are downright dangerous. That debate needs to be engaged. But they are confident enough to say we didn’t do such a good job ourselves. Nobody has had a monopoly on questionable ideas in South Africa in recent years.

Perhaps that’s part of the EFF’s appeal, and why they think they have something we need to hear. DM

John Matisonn is the author of GOD, SPIES AND LIES, Finding South Africa’s future through its past, and host of BETWEEN THE LINES.