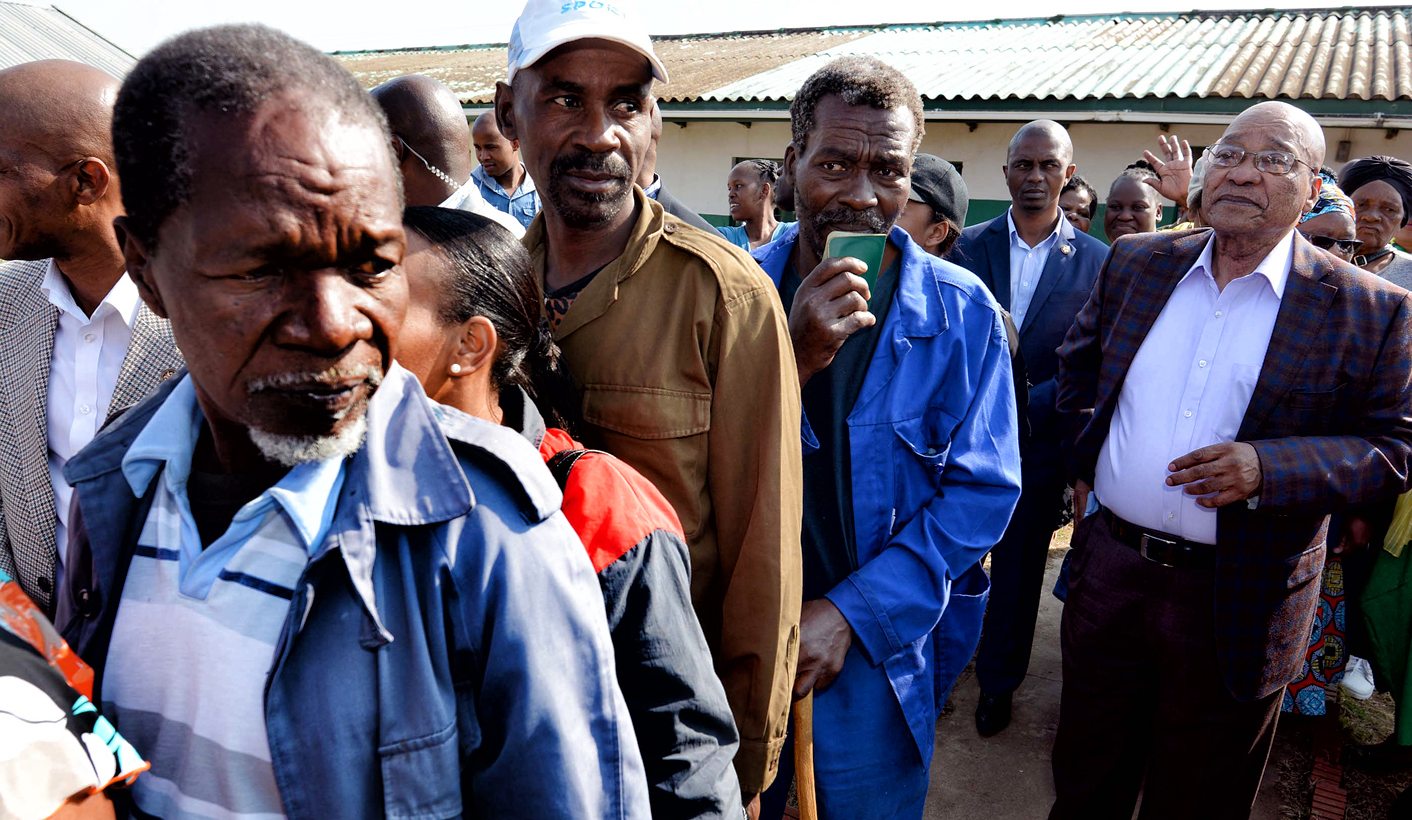 While the ANC has won in the province, the sense is that many disgruntled supporters opted to stay home in protest. If the sun that is KwaZulu-Natal is to continue to shine over the darkness hanging over the ANC after the local government elections, the Zuma question will need to be put to rest. By CYRIL MADLALA.

As dark clouds of despair hung ominously over an African National Congress reeling from the shock of a disappointing performance across the rest of the country, there was solace in a statement of the KwaZulu-Natal provincial leadership on the outcome of the 2016 local government elections:

“Our province is in that important moment of history wherein the sun continues to rise in order to punish and defeat the darkness. With the African National Congress further consolidating its political leadership of our province, what the new light will and must bring is a province at work diligently to build a better life for all. Thus we say the people have defined their own future.

“In practical and measurable ways, we are committed to keep pace with the rising sun of hope and fast move away from the past moment of despair. In this momentous journey, we are greatly proud and excited by the continued confidence our people place on the leader of society, the agent of progressive change, the African National Congress.”

If the statement was an honest expression of joy and satisfaction with the message sent out to the organisation by the voters, it cloaked concerns about the enormous responsibility for KwaZulu-Natal to sustain growth in the face of floundering performances elsewhere.

As provincial chairman Sihle Zikalala pointed out after the elections, the party in KwaZulu-Natal has continued to grow since 1994. Last week’s elections also showed a marginal improvement from the 2011 results.

In fact, in a coalition with the National Freedom Party in 19 hung municipalities after the 2011 local government elections, the ANC was firmly in control of this sphere of government, leaving the IFP in charge of only two municipalities.

This time around, the ANC faces a different kind of challenge with the choice of possible partners. The main ones are the IFP, the Democratic Alliance and the Economic Freedom Fighters.

After the well documented failure of the NFP to register to participate in all but one municipality, Nquthu, it has emerged with only two seats – which cannot be of much help to the ANC.

A most likely scenario is that the IFP will work with the DA to out-muscle the ANC in those hung municipalities in order to give the ANC a taste of its own medicine, and share the leadership roles with the DA.

What could be an interesting moral dilemma for the DA is that the five seats obtained in each of the Nongoma and eDumbe municipalities are undoubtedly a product of a pre-election support pact with the NFP. But after the elections, it is a partnership with the IFP that offers better prospects for growth.

It would be a huge surprise if the EFF co-operated with the ANC in any way to frustrate this arrangement.

This means that in the two weeks that the parties have to constitute the new councils, there will be a frenzy of negotiations to re-align working relationships. If the IFP/DA/EFF partnership materialises, a much-emasculated ANC will remain in charge of local government.

That can’t be what the ANC has in mind when its says, “The people have defined their own future.”

The ANC also has to assess the possible damage caused by the alienation of some of its supporters who supported former chairman Senzo Mchunu in the last provincial election.

While the ANC has won in the province, the sense is that many disgruntled supporters opted to stay home in protest. This was mostly evident in suburbs where the DA performed well.

The ANC in KwaZulu-Natal may still see the sun shining after these elections, but another round of self-introspection is required about the handling of community disputes with the leadership about the choice of candidates for the party.

In eThekwini, four of the 57 candidates, mostly ANC members, who opted to stand as independents have won. The rejection of candidates preferred by the leadership means there are flaws in the system. Only four succeeded last week, but the point is that those seeds of community rebellion against the movement have germinated.

The ANC will therefore need to pave the way towards reconciliation with its disillusioned members.

The other challenge that the KZN ANC has to tackle is the obvious failure to swell its ranks with white and Indian supporters.

The once mighty Minority Front of the late Amichand Rajbansi was truly buried with him and the Indian vote has flocked to the DA.

That is remarkable because in the forefront of the ANC’s struggle against racism and oppression in the province were many Indian leaders and cadres. Yet today Chatsworth and Phoenix are home to the DA.

As the sea of blue T-shirts threatens to sweep away ANC support in the metropolitan cities of the country, the provincial leadership needs to find answers before the next elections.

Lastly and most importantly, if the ANC in KwaZulu-Natal is indeed “in that important moment of history wherein the sun continues to rise in order to punish and defeat the darkness”, it needs to provide a convincing response to counterparts elsewhere in the country who see President Jacob Zuma as a liability.

Already the leadership has stated categorically that Zuma alone cannot be blamed for the disappointing performance of the ANC in the elections.

That may be the case in KwaZulu-Natal. But it is also true that the Gauteng leadership will find good reason now to say: “We told you so.”

The hurdle for provinces such as Gauteng is that they can hardly expect to win the debate over the Zuma brand’s perceived cost to the party unless they win KwaZulu-Natal over.

But if the sun that is KwaZulu-Natal is to continue to shine over the darkness hanging over the ANC after the local government elections, the Zuma question will need to be put to rest – either way – whether he goes now or the debate about him is closed until his term comes to an end.

KwaZulu-Natal must lead if the ANC’s dark cloud is to disappear before the next election. DM