LGE2016: ANC failed in Gauteng, and the wrong people will be blamed 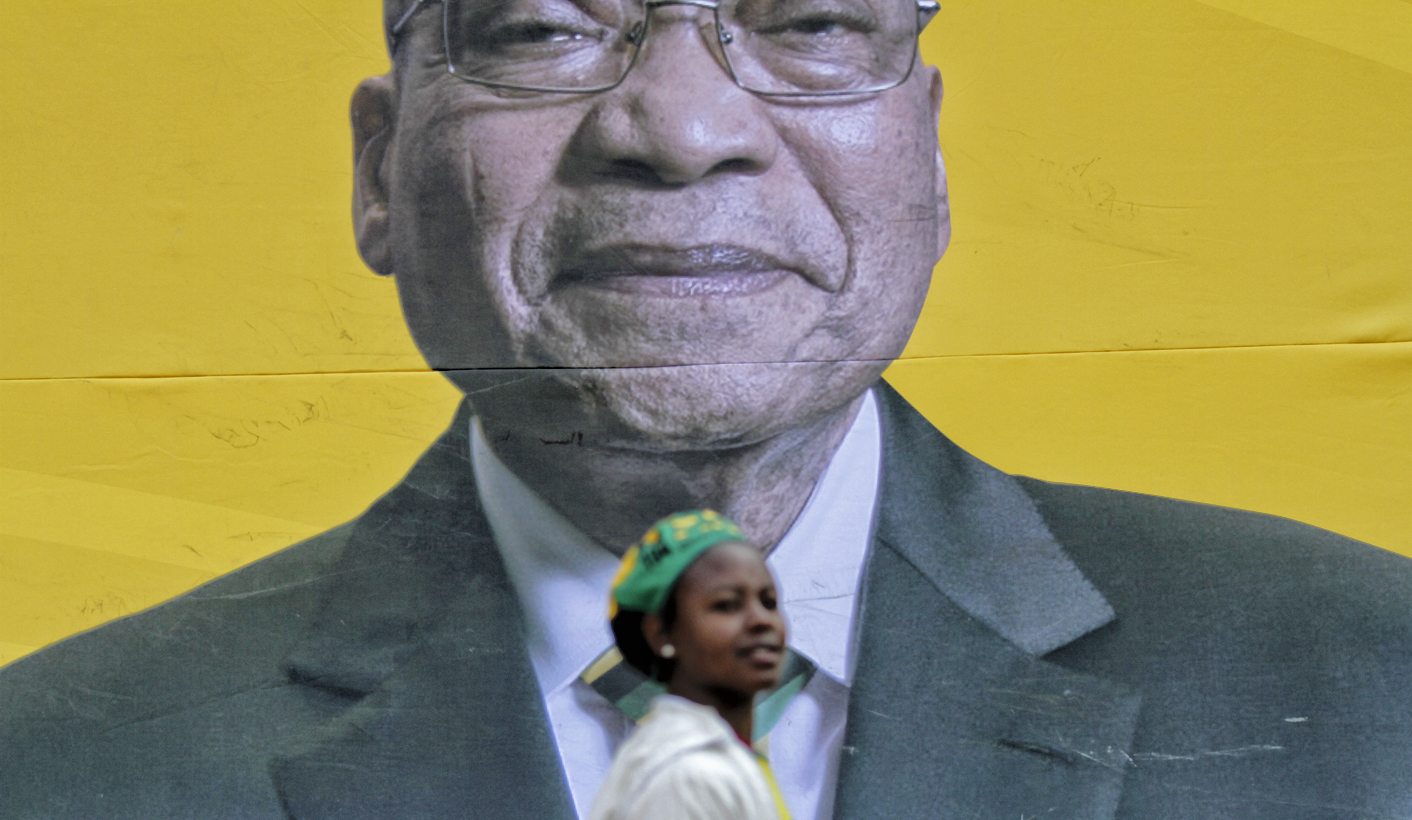 The scale and importance of the electoral defeat for the ANC in Gauteng is going to take some months to sink in. It has lost Tshwane, is struggling in Johannesburg, and amazingly, has fallen below 50% in Ekurhuleni. It turned out much worse than feared for the party, and much better than expected for the DA and even EFF. This is the first big electoral sign that our politics is now in a process of fundamental change. The big questions now are whether the ANC can regain this urban vote, and whether the DA can sustain its momentum. It seems far more likely that the ANC will turn on itself, than understand the lessons that are there to be learned. By STEPHEN GROOTES.

Perhaps the best summation of this entire election comes from the former ANC Treasurer, the ever lyrical and poetic Mathews Phosa. He summed it up as “The clever blacks have spoken”. In one phrase it gets to the nub of the ANC’s problem. It was President Jacob Zuma who introduced the phrase “clever blacks” into our political lexicon, a reference to younger, urban black people who don’t feel as at home in the ANC as those in more rural areas. Since defining these people as a political grouping, Zuma appeared to go out of his way to ensure they would not vote for his party.

These are people with many sources of information, who have access to analysis and context, who hear and debate with many political voices. They are aware, awoken, financially literate. They know about Nkandla, the Guptas, the NPA, Nhlanhla Nene, Hlaudi Motsoneng, the corruption charges, the attack on Pravin Gordhan. They know that one person is really responsible for all of it, one person who has the power to change things, and he is doing nothing about it: President Jacob Zuma.

And yet, Luthuli House, in a display of willful political ignorance, chose to put Zuma’s face on billboards around Joburg, Tshwane and Ekhuruleni. All the while listening to talk radio stations taking call after call of the listeners condemning him, while his name filled front page headlines.

What did they think was going to happen?

Since around 2006 the same question has been asked of Zuma. How has he managed to win political power, and then retain it within the ANC despite the stench of scandal that continuously surrounds him? The answer has been by damaging the ANC, step by step, day by day, year by year. Everything that has worked in his favour within the party walls, everything that strengthens him, the appointment of ‘illuminaries’ like Faith Muthambi, David Mahlobo, Hlaudi Motsoeneng, Dudu Myeni, Berning Ntlemeza (and literally countless others) the various moves to shut down proper political discussion, have been bad for the ANC.

The damage that he has wrought on the party has found its full expression in Gauteng.

One of the major pieces of analysis that can now be undertaken is to work out exactly what the poll was in Gauteng, how many people were legally allowed to vote, how many were registered, and then how many actually voted. This will have to be performed area by area. We need to know if suburbs had higher turn-outs than townships, if this was a triumph of massive turnout by pissed-off white voters over low turn-out by disappointed black voters in Soweto. Or, more interestingly, if it was a similar turn-out everywhere, but a significant proportion of black voters moved across to the DA.

It is relatively easy, as an observer, to point at the ANC and say “this is what needs to be done”. The “this” is relatively simple, remove Zuma, both as leader, as a symbol, and as the type of politics he has represented to Gauteng voters. But, dearly beloved, you, and I, and anyone old enough not to believe in fairytales, knows that that is not going to happen. The political history of Zuma suggests, rather strongly, that he is not a person likely to resign, to give up power voluntarily.

This means then, that the Gauteng ANC could find themselves out in the cold, within the party. They know, and are correct in this belief, that Zuma has cost them a huge number of votes in this election. But Zuma has to ensure that he is not held responsible. If he is, it could become vulnerable. This means he has to go on the offensive. It would seem impossible then for him to not to blame the Gauteng ANC for what has happened. They are the one province still standing after opposing him at Mangaung. They are the one province to even dare suggest that Zuma consider his position, after the Constitutional Court’s findings on Nkandla.

While several months have passed since then, Zuma is unlikely to worry too much about the temperature of the retribution that he could now be served with. But his real motivation, as it always is, will be his own survival.

In 2014, the Gauteng ANC fought a huge fight to be allowed to appoint its own choice as Premier. Zuma, and the national ANC, wanted Ntombi Mekgwe. In what became a significant victory, the provincial party was able to force the appointment of its own deputy chair, David Makhura. This was the start of a new experiment in our politics. Makhura, and his administration, were well aware that defeat in 2019 was staring them in the face. If you have won just 53.5% of the vote, you tend to start planning for the future. Their strategy was to try a simple strategy: govern better, be more open, crack down on corruption, and, as far as possible, try to differentiate yourselves from the national ANC.

It was an experiment that met with success. Makhura and his government are generally seen as clean, as effective, and efficient. There were some clever initiatives as well: Makhura set up a Social Cohesion panel, and appointed people with legitimacy from all different groups in the province. He knew that if he could get ahead of the national discussion on race, he could again pick up votes from coloured and white voters.

This was the first time that the ANC was trying to win back votes, simply through better governance.

If the national ANC, if Zuma, are able to disband the Gauteng ANC’s leadership, if they try to hold them responsible for what happened in these metros, if they are able to weaken them, then this experiment is over. This is now very likely.

Consider the ANC’s reaction so far, to news of these losses. A Whatsapp group set up by the Gauteng ANC to handle media queries said on Saturday morning, “There will also be a celebration party in the afternoon”. The party then denied ever contemplating a party. It simply lied.

ANC deputy secretary general Jessie Duarte, ever-combative, went into overdrive during the week. First, she accused Power FM’s JJ Tabane of “hating the ANC”. Then she went onto 702 and claimed the station only put “anti-ANC callers” on air. This is a political misstep. Talk radio listeners often feel a sense of ownership that you don’t see for TV stations or newspapers. Nothing gets them to support their station, and its personalities, more quickly than a politician attacking one of “their” people.

Essentially, the deputy secretary general of the African National Congress could not believe that her party had failed, and was attacking the messenger.

Secretary general Gwede Mantashe was not much better. He appeared to claim that white people valued their vote more than black people. He, also, completely missed what has happened here.

What has happened in Gauteng is a signal that urban voters in the metros are simply tired, frustrated, and actually downright bloody angry with Zuma, and all that he represents. The ANC is simply not able to deal with this. Its leaders may understand this but can’t even begin contemplating acting to calm the anger.

Sometimes in politics, it becomes obvious that a group of leaders has refused to move on with the country. John Major was out of touch as British Prime Minister until completely swept away by the then “with-it” Tony Blair. Barack Obama’s understanding of the US was far more in touch with reality than John McCain’s in 2008. The ANC is showing all the signs of making a similar mistake. It focusses on the past, on apartheid, and on race.

One of the most positive aspects of this entire election has been that Zuma’s campaign of using race against the DA has been an abject failure. It’s not that it hasn’t worked, it’s that it may actually have turned more voters away from the ANC. For those who do believe in the reconciliation project, this is the supreme lesson of this election:

Race, in most cases, does not work in our politics.

In all of what has happened, and what is about to happen, there are some people who have been honourable, effective, and the epitome of what a public servant should be. They are about to lose out. Parks Tau, the current, and possibly former, mayor of Joburg is honest, hard-working and sometimes inspirational. If ever someone deserved to keep their job, it is him. But he is a victim of politics taking place at the national level. He deserves better than what has happened to him. There are plenty of other people on his Mayoral Committee as well who are in exactly the same position. Trevor Fowler, the city manager, whose contract is probably unlikely to be renewed unless the ANC finds a coalition partner, is another person who has planned the long-term future of the city. He has dedicated his life to making things better for his people. He too, is probably out in the cold, undeservedly.

Of all the predictions that can be made in the aftermath of what has happened in Gauteng, this surely, must be the closest to being true; there is about to be more instability than we have seen before. The ANC monolith in Gauteng has been cracked wide open, the Zuma monolith in the ANC could be about to crack the party wide open.

And certainty? She has left the building. DM