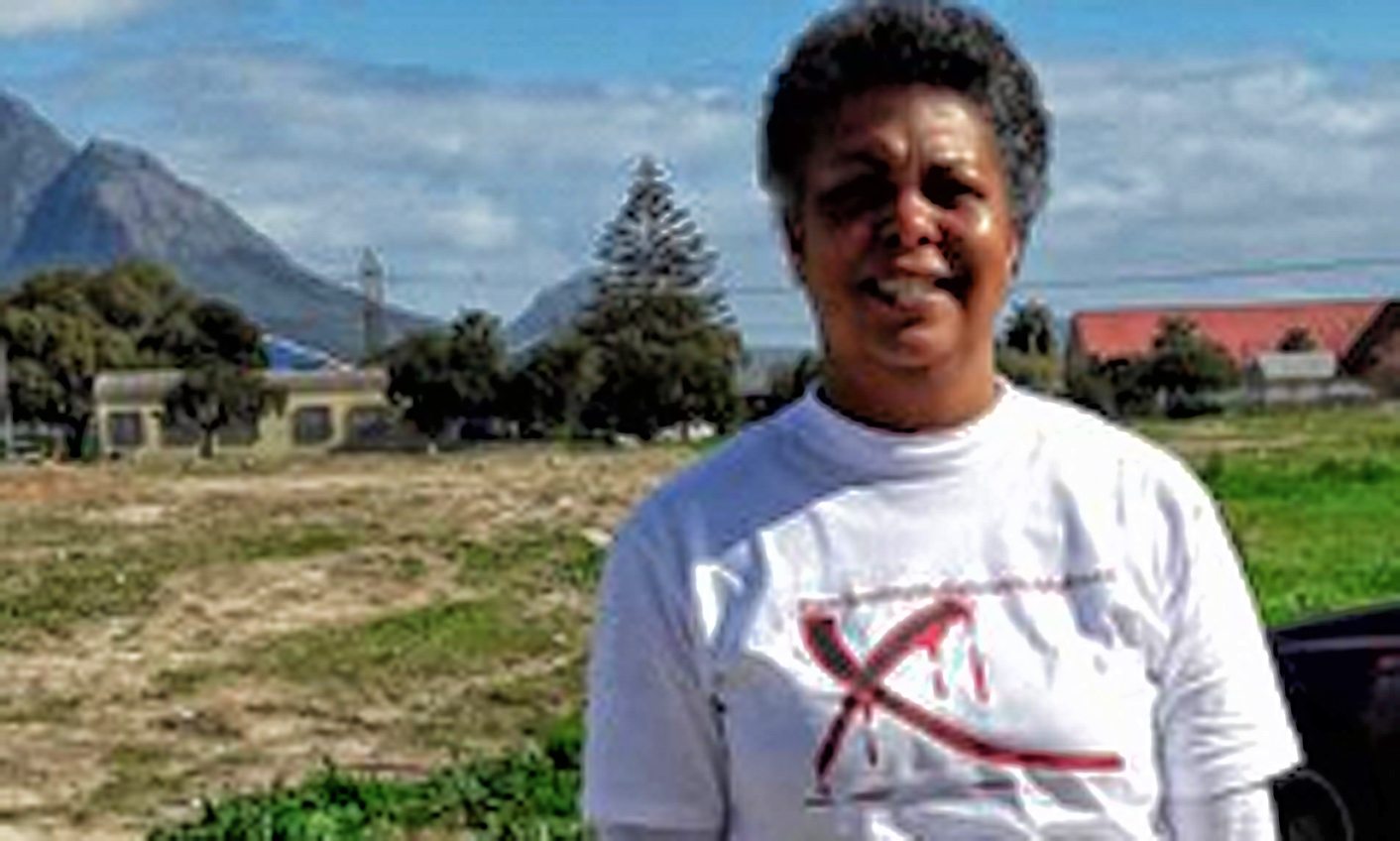 A Cape Town activist and chairwoman of the Joint Peace Forum, who urged victims, families and survivors of gang violence to spoil their ballot papers in protest, has lodged a charge of intimidation against the Hawks after a member of the unit allegedly threatened to arrest her for initiating an #ImSpoilingMyBallotWithMyBlood campaign. It appears also as if the community activist had been under surveillance by intelligence agencies. By MARIANNE THAMM.

The wild barking of dogs first alerted community activist Judith Kennedy that something was amiss on Wednesday. It was about 10 am and Kennedy had been preparing to leave for her local polling booth in Bonteheuwel where she planned to spoil her ballot in protest against the ongoing violence, drug trafficking as well as the lack of service delivery and general neglect of the area.

“I went outside and found a guy in plainclothes getting out of a white Mazda. He flashed a badge and asked if I was Judy Kennedy. He was talking to someone on his cellphone said something like ‘she’s standing in front of me’ and then passed the phone to me. A man, who identified himself as a Colonel Traut of the Hawks, said they had noted my campaign and warned me that I would be arrested should I be found with a sharp object at the voting booth.”

Kennedy had embarked on the campaign towards the end of July after three young people had been shot and killed in Bonteheuwel – an almost daily occurrence. In fact, around 10:30 on Wednesday night, Imam Magdien Abrahams, his wife Shireen and their three children were wounded in a drive-by shooting in Bonteheuwel. The shooting is believed to be a case of mistaken identity. Mrs Abrahams, who sustained several gunshot wounds, is in a critical condition in Groote Schuur Hospital.

Before Wednesday’s local government election, said Kennedy, she had just “had enough” and viewed it as an opportunity to take a stand.

“I posted something on my Facebook page announcing that I would be spoiling my ballot with blood. It was a symbolic protest against the ongoing shootings and murders,” she said.

The campaign soon picked up and was widely shared. On July 30, the Joint Peace Forum (JPF) issued a statement with regard to its official position on the 3 August elections stating that it was “beyond gatvol (fed up)”.

“When will the authorities acknowledge their failure to provide for and implement a plan to support and save the people of the Cape Flats? Have we become the forgotten people? Or are we just the expendables? Soon to be used as political fodder for those who will come to bring the jam and empty promises to buy our votes? Where will our help come from?”

The JPF added that it is “your democratic right to vote, not vote or spoil to your ballot. We encourage all those who will vote to do so wisely. Please do not vote blindly.”

On Wednesday morning Kennedy told the voice on the other end of the cellphone that it was not a crime to spoil a ballot paper, before she rang off. Later, at the polling station, she spotted the same white unmarked vehicle and officer who had made a turn at her home.

“They didn’t seem to understand that the campaign was a symbolic one. We were going to mark our ballots with red pens or lipstick. I think they thought we were going to slit our throats in the voting box,” said Kennedy with a chuckle.

After voting, Kennedy was determined to report the threat of arrest to the Independent Police Investigative Directorate (IPID) and drove with her husband, Trevor, to the Bishop Lavis Police station. Officers there informed her that this was beyond their “mandate”, said Kennedy, so she lodged a charge of intimidation against the Hawks.

One of Kennedy’s friends posted, “Sitting with Judith Kennedy and Trevor at Bishop Lavis police station waiting to lay a charge of intimidation against the Hawks. And I’m hungry!!!! Feels like back in the 80’s”.

Hawks spokesman, Brigadier Hangwani Mulaudzi, told Daily Maverick that while the Directorate was aware of the matter, “it is a misconception that the Hawks were directly involved. This is a police matter which was triggered by the intelligence we received. The matter is subject to an investigation and therefore we reserve our rights not to comment further on this issue.”

There is growing concern with regard to the use of the country’s intelligence services to conduct surveillance on South African citizens and activists. Police made three pre-election arrests in strife-torn Vuwani in Limpopo. Community members there were detained for allegedly making “irresponsible utterances”. Police were originally unwilling to reveal what charges the Vuwani activists would face which is highly irregular, if not illegal.

“They were arrested because of the irresponsible conduct, trying to intimidate people, trying to say elections are not going to take place in Vuwani and we consider that to be a violation of the law.”

It is genuinely difficult to connect such statement, as well as Judy Kennedy’s experience, with a “screaming fire in a crowded cinema” argument. The conduct of sections of the SAPS, the Hawks, as well as the intelligence services, points to the increased influence of the country’s security cluster in daily life. DM