No way, Bra! Ten-man Bafana hold on for draw in Olympic...

No way, Bra! Ten-man Bafana hold on for draw in Olympic opener 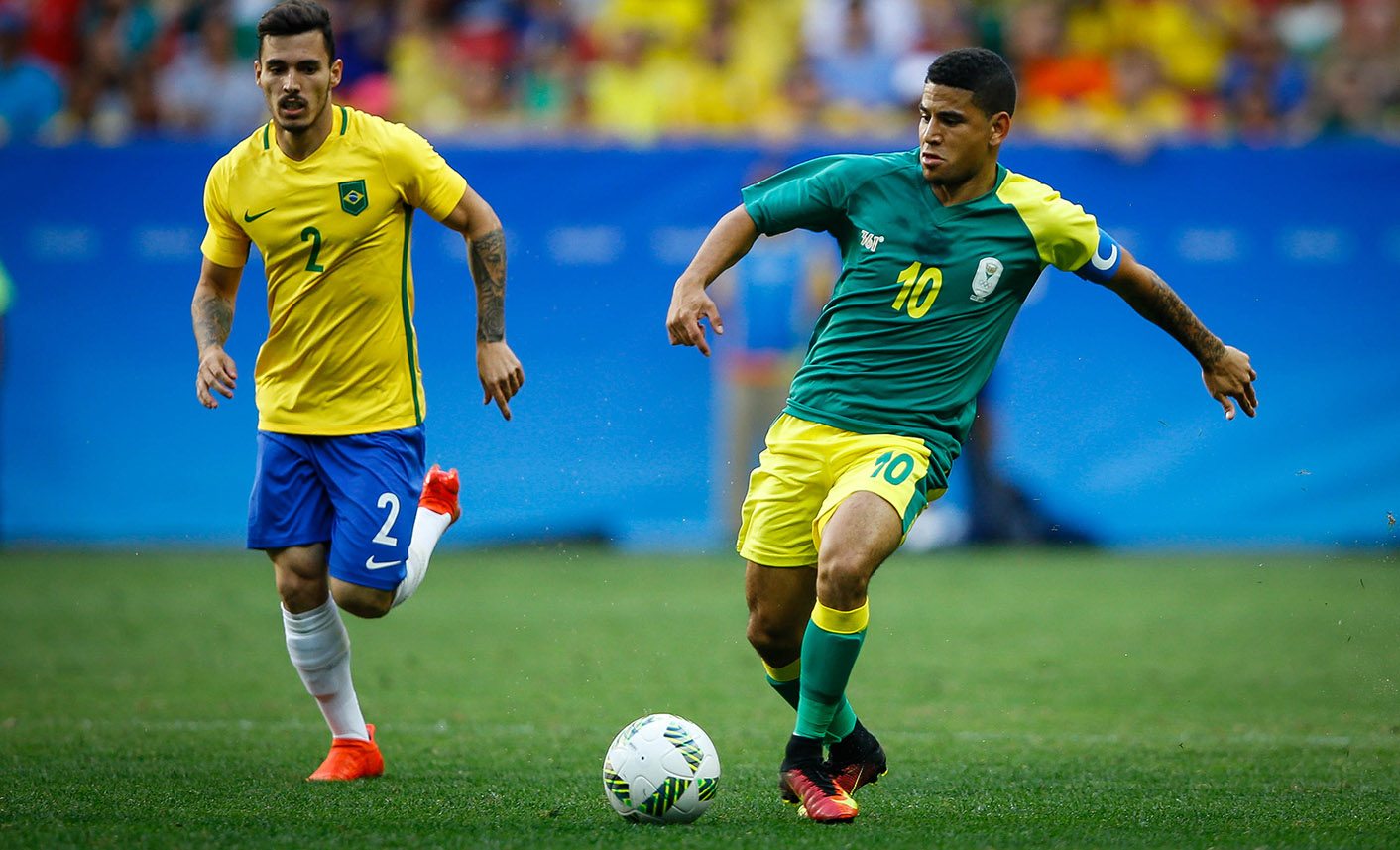 Have Samba that! A ten-man South African side held on for a 0-0 draw against Olympic hosts Brazil in their opening fixture at the Estádio Nacional Mané Garrincha in Brasília on Thursday night.

Barcelona star Neymar failed to provide the expected flying start to Brazil’s quest for a maiden football Olympic gold medal as the hosts were held 0-0 by 10-man South Africa in their Rio 2016 opener Thursday.

Neymar is by far the biggest name taking part in the football competition and has been tasked with restoring pride to Brazilian football after a catastrophic 7-1 defeat to Germany on home soil at the 2014 World Cup.

However, he endured a frustrating afternoon on a sandy and slow surface in Brasilia as South Africa held out despite Mothobi red card half an hour from time.

Group A is now in a four-way tie on one point after Iraq and Denmark also played out a scoreless draw earlier on Thursday.

In contrast to the vast swaths of empty stands across the six cities being used to host the men’s and women’s football tournaments on the opening two days, the hosts commanded a near-capacity 70,000 crowd.

However, the home fans weren’t treated to the victory procession many expected from a Brazilian side not only boasting Neymar, but also Manchester City’s new £27 million ($35.4 million) signing Gabriel Jesus and Marquinhos of Paris Saint-Germain.

Indeed, South Africa’s Lebo Mothiba had a host of chances to cause an almighty but failed to make a ragged Brazilian defence pay for early tournament nerves.

Neymar was proudly sporting the captain’s armband, but his desire to get involved by dropping deep often left him too far from the South African goal to make a telling impact.

The Barcelona star did have Brazil’s best two efforts of the with strikes from outside the box that forced South African ‘keeper Itumeleng Khune into two stunning saves.

South Africa dominated the early stages of the second-half with Mothiba and captain Dolly coming close, but their chances appeared to have gone when defender was sent-off for two quickfire yellow cards.

Brazil ramped up the pressure as Jesus somehow turned the ball only onto the post with the goal gaping, whilst a dipping drive from Neymar landed on the roof of the net.

However, South Africa resisted problems on the field for the hosts to a Games build-up already marred by doping scandals and fears surrounding the Zika virus.

World champions Germany begin their campaign in against 2012 gold medallists Mexico in Salvador with Fiji and South Korea also in action in Group C later.

Gold medallists in 2008 and 2012 Argentina face Portugal in the other standout game of the day in Rio with both sides looking for fresh talent to for the Messi and Cristiano Ronaldo era.

Honduras beat Algeria 3-2 in the other game in Group D.

Nigeria arrived in the Amazonian city of Manaus just hours before their match against Japan as the initial plane intended to take the team from their training base in Atlanta on Wednesday was deemed “too small” for the squad and staff.

Sweden and Colombia are also in action in Manaus, nearly 3000km from Rio, in Group B. DM

Photo: Keagan Dolly (R) of South Africa in action against Zeca (L) of Brazil during the men’s first round match between Brazil and South Africa for the Rio 2016 Olympic Games Soccer tournament at Mane Garrincha stadium in Brasilia, Brazil, 04 August 2016. EPA/FERNANDO BIZERRA JR.