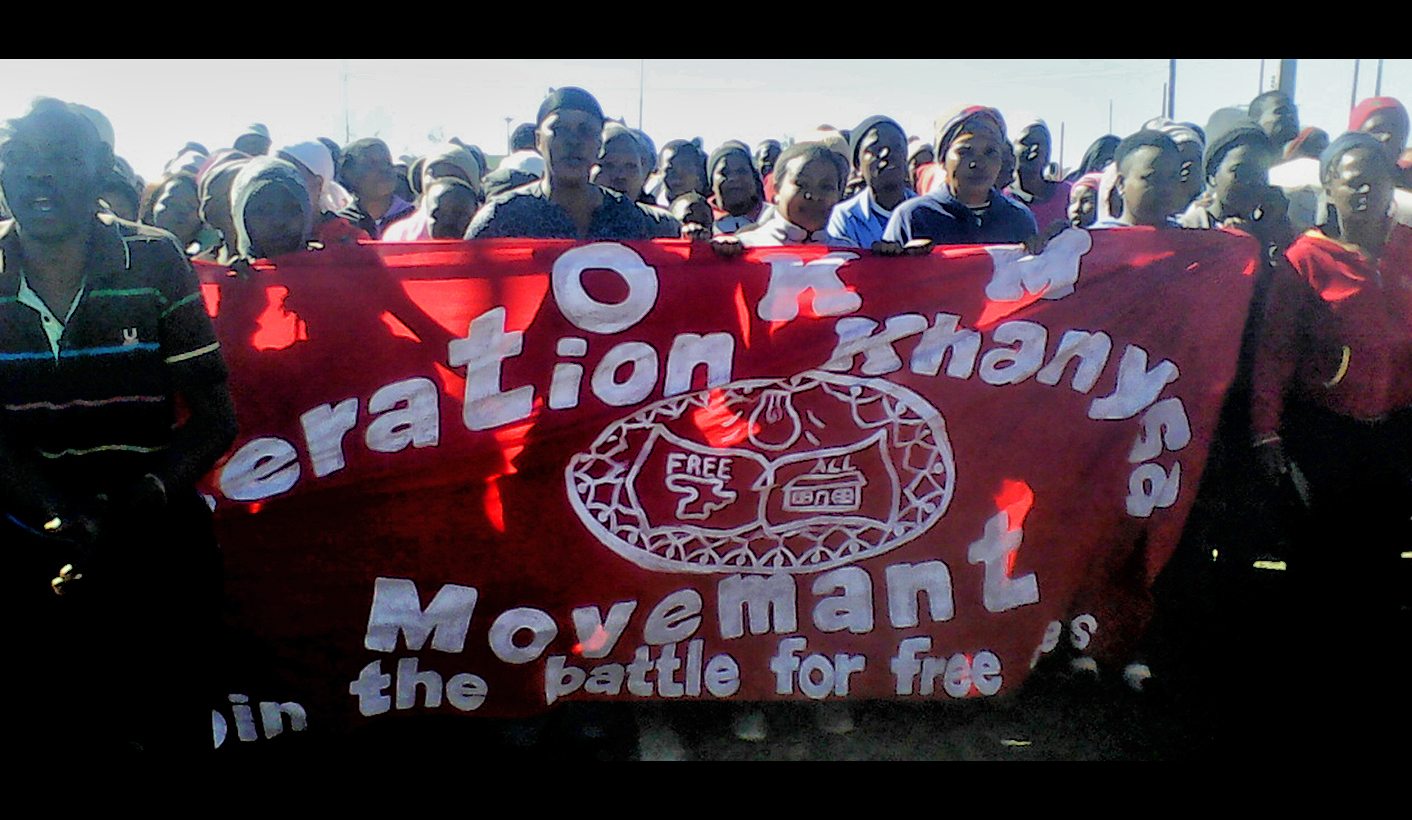 If the ANC was expecting an easy run in Thembelihle, they were mistaken. But the challenge there is coming not from the usual suspects, but from the homegrown Operation Khanyisa Movement and its inspirational leader. By BHEKI C. SIMELANE.

The Operation Khanyisa Movement (OKM) has vowed to do more than merely give the ANC a run for their money in Wednesday’s vote in Thembelihle, Lenasia. It wants to win.

The authoritative figure of Simphiwe Zwane is leader of the OKM and the party’s candidate for councillor in the area. She’s lived in Thembelihle more than two decades, and has learnt that if she wants real change, then she’ll have to make it happen herself.

She’s a popular figure in the area, and commands respect from residents. When one resident complained about the presence of journalists during a service delivery protest last week, she didn’t hesitate to set him straight. “How are journalists any of your concern? Shouldn’t you be a bit more worried about what you set out of your shack to achieve, which I’m sure isn’t to pry on journalists, who happen to be doing their own jobs?” The complainant nodded, accepting her argument without question.

Top of the list of the Thembelihle community’s grievances are service delivery issues. Over the past two decades, residents have been demanding electricity and decent housing, but although electricity connections are now underway, the process has been marred by alleged corruption. While some shacks already have an electricity connection, some don’t, and the process now seems to have stalled. This has infuriated residents who believe the reason for all the delays is corrupt officials at the Lenasia City Power.

Wednesday’s elections will give Thembelihle residents and millions of other South Africans the opportunity to be heard – and residents are coming to believe that voting is more effective than service delivery protests. Anecdotal evidence suggests that many in the township will be casting their ballot in favour of Zwane and the OKM.

The OKM is an electoral front formed just three months before the 2006 local government elections, under the stewardship of the late Bongani Sibisi, who was also a member of the Soweto Electricity Crisis Committee and the Anti-Privatisation Forum. According to one of the current officials, Nhlakanipho Lukhele, the idea of the movement was necessitated by the need to challenge the government both inside and outside the City Council. “We needed a voice inside the City Council, that would speak for the unemployed, students, working class and the poor.”

Zwane says the OKM’s appeal lies in its close connection to the local community. It is not a local party with explicitly local concerns, and this resonates with voters who feel neglected by the ANC behemoth.

“I think the special thing about us is that we are a community-based movement, so we are able to deal with the community’s challenges directly, and as such have grown a lot of trust between ourselves and the community of Thembelihle,” said Zwane.

Zwane is hopeful that voters will respond positively to the OKM’s message, and is convinced that she can make a difference.

“Why should my community’s challenges pass on from generation to generation?” she asked.

According to Zwane, the OKM has grown steadily since 2009 and although it wasn’t originally meant to be a political party, it has turned into a reliable platform for views the people of Thembelihle. She’s hoping for success on Wednesday, although this would represent a massive upset. Win or lose, however, Zwane and the OKM are an important reminder that this election is about much more than just the ANC, DA and EFF. DM