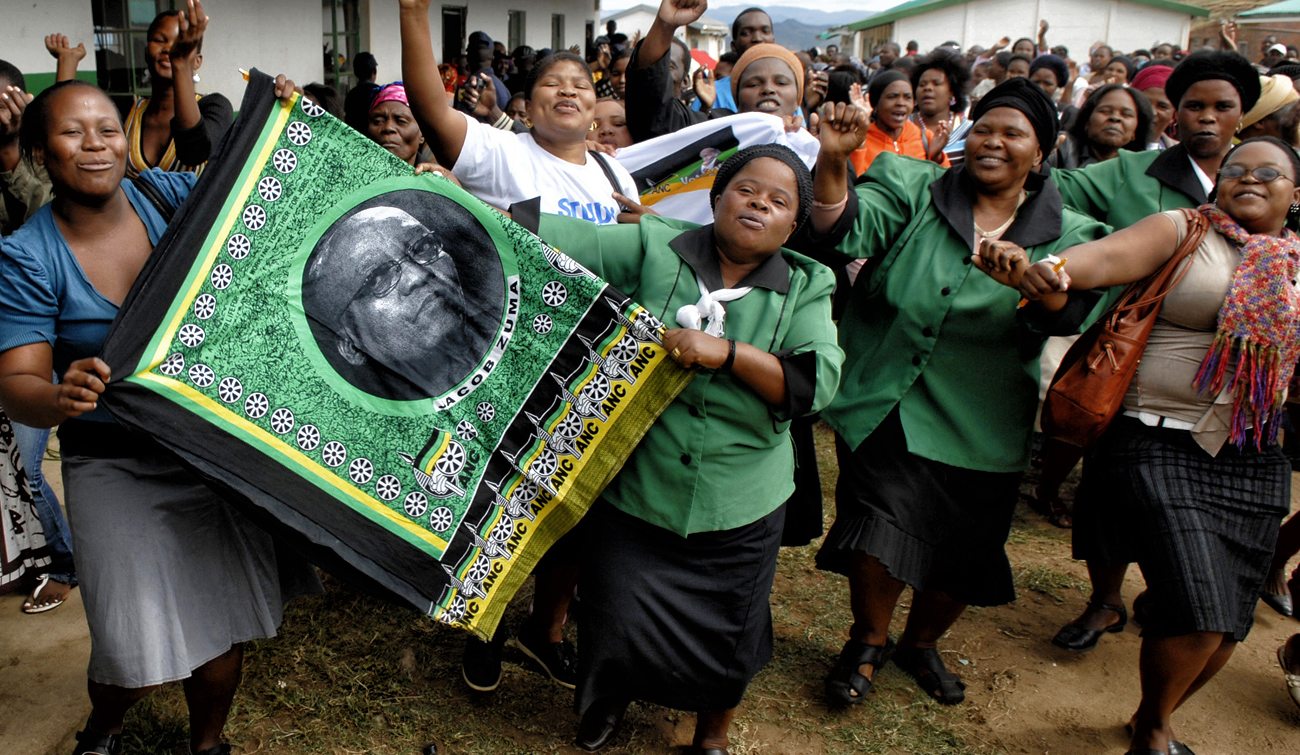 A bird's eye view of gender representation in ANC candidates running for local government in South Africa in 2016 shows a neat split almost down the middle. Across the entire political landscape, 42% of candidates in the ward and PR lists are women. But the numbers can sometimes be deceiving. And, are attempts to achieve gender parity in local government reflective of real transformation? By ANDREA TEAGLE, Code for South Africa, Data Journalism Academy.

“Patriarchal and male-dominated societal structures” make it difficult for women to participate in political life, according to Vernet Napo, deputy director for research at the Commission for Gender Equality.

Speaking recently, Napo also decried a lack of commitment to gender equality in political parties, in spite of a commitment to 50/50 gender representation in government, made in 2015.

Taken at face value, data published by the Independent Electoral Commission (IEC) appears to contradict this sentiment, with women making up 42% of candidates for the upcoming municipal elections. It’s also true that democratic South Africa has seen a trend towards greater gender parity in politics. The proportion of women in Parliament has increased steadily, from 27.7% in 1994 to 44% in 2009.

However, in the absence of legislated gender quotas, this trend has since begun to falter. In fact, after the 2014 elections the proportion of women in parliament dipped to 40%.

In these elections, the African National Congress (ANC) and the Economic Freedom Fighters (EFF) both fall just short of a 50/50 split. To reflect gender ratios in the population, the split would need to be just over 51% female. The candidate list of the Democratic Alliance (DA) – which unlike the ANC, does not follow a gender quota – remains heavily male dominated.

Says Wits University Professor of politics, Shireen Hassim, “[Gender parity in government] is symbolically important. It suggests that you’re taking gender seriously and are prepared to deal with these ridiculous notions that women don’t belong in politics. So from a democratic point of view, on one level, it is significant.”

However, looking more closely at the candidate lists, the appearance of gender equality begins to crumble. If you took a road-trip around the country ahead of the elections, you’d notice many male faces peering out of campaign posters: in fact, two-thirds of ward candidates across all political parties ahead of the coming elections are men.

Ward councillors make up half of the seats in local municipality councils (the other half is filled by candidates from parties’ proportional representation (PR) lists, where the number of seats that a party wins is proportional to the amount of its support among voters.)   The ANC’s female representation at this level drops to just 33% on the ward list, just under the average and on par with the DA. The EFF has a similar gender make-up at the ward level, with female candidates making up 36.5% of the total.

At the PR level, things look a lot more equal, with just under 50% female candidates in total across all parties.

While the proportion of female candidates on the DA’s PR list remains low (just over a third), the gender ratios on PR lists of the ANC and the EFF are both around 60/40. (Although it’s worth noting that the number one spots– i.e. the candidates first in line to fill the seats their parties win – are mostly men: women make up 39% of these top spots for the ANC, and 26% for the EFF.)

The PR list, then, could be a means for a party to correct the gender imbalances likely to show up on the ward counselor level, if gender parity is its objective.

“It’s a way of hedging your bets,” says Hassim. “You put up the male ward councillors because you think they will win. (That’s) not necessarily the case (that voters are less likely to vote for women). It’s the conservative route to take.”

Rhodes University politics lecturer Dr Richard Pithouse agrees that choice of candidate may in some instances reflect perceived preferences of the electorate.

“If you’ve got a situation where there’s a real risk that a party might lose…or gain a seat, they’re probably much, much more likely to think seriously about what the electorate wants.” But, he adds, “in a situation where they know they’re going to win… it’s going to be more about power relations in the party structures.”

Also affecting female participation in local politics is the increasing amount of violence taking place at this level, says Hassim. “I think that our politics has become increasingly masculinised. Local government politics seems to be increasingly violent which is often a turn-off for women in terms of participation.”

KwaZulu Natal has the lowest number of female ward candidates (24%), and it is also the province which has recorded the highest number of politically motivated deaths since January this year, according to police minister Nathi Nhleko, who revealed this at a press conference on Wednesday.

In a recent report, the research NGO Gender Links analysed the manifestos of the top political parties and rated them on gender awareness according to five criteria. The first is female political participation, followed by women’s access to economic development. The third is women’s access to resources like land and housing; the fourth, which the ANC scores well on, is a gendered analysis of access to services like water and sanitation. The last is local measures to ensure the protection of women’s rights, particularly in relation to sexual and reproductive health, gender based violence and HIV/AIDS.

Overall, Gender Links scores the ANC at 44%. But compared to other parties, it turns out to be comparatively high: UDM scores 40%; COPE, 36%; DA, 28%. The EFF, which outstrips both the ANC and DA in terms of consideration of youth issues, according to the Gender Links report, fails to buck the trend when it comes to gender, scoring just 28% in total – despite its relatively high proportion of female candidates.

“We are a system in which outcome is basically determined by party, [as opposed to candidates]. The real issue is: are there platforms that these women will be able to use to advance the interests of poor people, or poor women in particular?” Hassim says.

“No one is talking really about what a really good agenda for service delivery would look like. The issues that matter to women in particular…such as issues of safety, quality of public transport, all of those issues – no one’s talking about.” DM

*Note: the analysis of gender breakdown of candidates does not double count candidates running in more than one ward.