Another day, another twist: Marius Fransman calls off court action against ANC 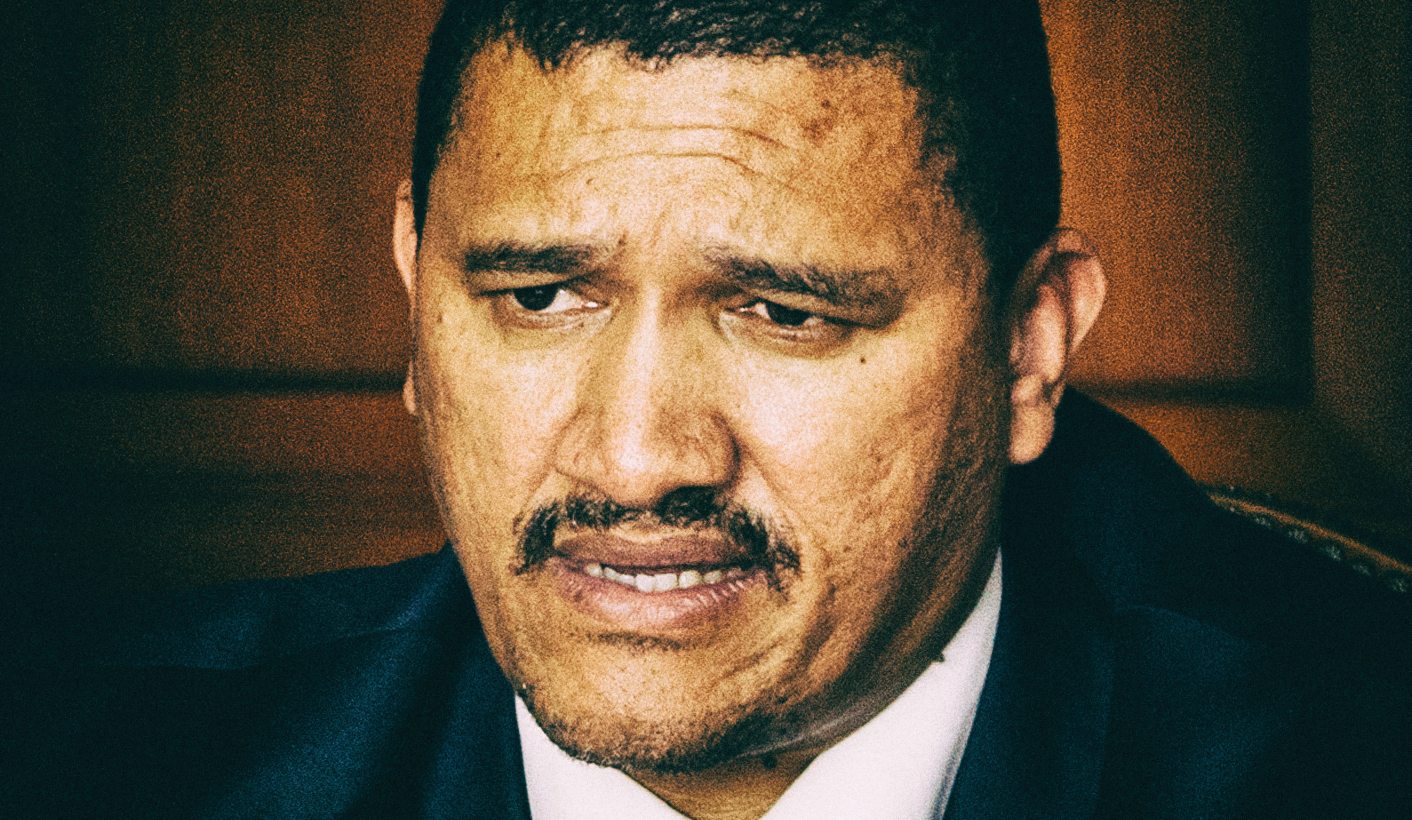 If ANC Western Cape leader Marius Fransman thought an invitation to join President Jacob Zuma out on the stump in Cape Town earlier this month signalled the end of his exile while charges of sexual assault were still being investigated, he was wrong. From belligerently taking on his own party in court on Wednesday to backing down completely on the matter on Thursday, it appears Fransman understands that his proximity to Jacob Zuma’s flame offers no magical privileges. Fransman’s fate is now in the hands of the Disciplinary Committee. By MARIANNE THAMM.

On Wednesday Fransman went in guns blazing, lodging an application with the Cape High court seeking to obtain a copy of an ANC Integrity Commission investigation into charges of sexual assault lodged by Louisa Wynand with police in January. Fransman had also asked the court to reaffirm his position as provincial leader after he was invited, he says, to campaign with President Jacob Zuma in the region last week, a clear sign that he was back in the fold and the saddle.

It was Fransman’s first surprise public appearance since the sexual assault scandal made headlines in January. In court papers this week Fransman said that as an ANC leader in the provincial legislature he had received an invitation to join President Zuma on his pre-election walkabout in Cape Town and that this, to his mind, “was an indication that the first respondent [ANC secretary-general Gwede Mantashe] and the organisation appreciated that there was no valid suspension in place”.

In an affidavit Fransman said that ANC spokesman Zizi Kodwa’s statement that he [Fransman] had not been reinstated after an earlier statement by ANC elections head, Nomvula Mokonyane, that he had, and that the sexual assault matter had been “resolved”, could only have been “incited” by Mantashe.

“It is shocking that this was done during the election campaign since it contradicted the president’s public demonstration. This indicated to the public that there is a complete breakdown in communication within the organisation as well as factional infighting,” Fransman said in his affidavit.

But none of this seems to matter now.

Fransman was due to argue for his reinstatement on Friday but late on Thursday appeared to have backed down, announcing that he was withdrawing all legal action against his party on advice from “religious leaders”.

Speaking to the media, Fransman said that since Mantashe and the Integrity Commission had handed over the report and he had received formal notice of the disciplinary, his purpose had been served.

“I have, together with other affected leadership, received an invitation from certain religious leadership to submit to mediation. I accepted this initiative because of my deep respect for clergy, and because I wish to strengthen the ANC,” said Fransman.

Court papers filed on Wednesday reveal that Fransman had written earlier to Mantashe announcing the end of his [Fransman’s] “voluntary leave” and his return to political life as the chair of the ANC in the region. Mantashe, unsurprisingly, did not respond, having already made his views clear on the matter in January when he announced soon after the allegations were made public that Fransman had been issued with a directive from the leadership.

Directives were not, Mantashe told the media, to be accepted by members. They were to be taken. Finish and klaar. Fransman had been asked to step aside after a national working committee meeting and until he appeared before the disciplinary committee “he can’t return to his position”.

A copy of the purported final report by the Integrity Commission and which reportedly had found that Fransman had indeed brought the ANC into disrepute and should relinquish all positions in the party was leaked to the media on 11 June. In the version that was published in City Press committee chair, ANC veteran Andrew Mlangeni, is quoted as saying, “The integrity Commission is of the view that the evidence presented by [Wynand] is of a cogent nature and more likely to be true than not.”

Fransman was naturally furious at the leak and charged that he had not been informed of the findings or even had sight of the report which was why he had approached the High Court asking for a copy. He won that round when the court ruled that he should be provided with a copy, which is reasonable and fair.

In February this year the schism and in-fighting between senior members of the ANC in the Western Cape was so serious that Derek Hanekom, Minister of Tourism and ANC convener of NEC deployees in the province, parachuted in two NEC members, Dipuo Letsatsi-Duba and Sue van der Merwe as “caretaker leaders” in the region in the run-up to the election.

Fransman appears not to be concerned or bothered by the fact that these caretakers have been sent to mop up the mess under his divisive, ineffectual and controversial leadership. In a province plagued by gangs and gang violence, Fransman has been known to fraternise with underworld figures.

Derek Hanekom, who was sent in to calm tempers in the faction-ridden Western Cape ANC, is the national disciplinary committee chair and it is unlikely that he will preside at Fransman’s hearing. The role will be fulfilled by another senior NEC member instead. Preparations for the hearing are under way but no date has yet been set.

Meanwhile Fransman might soon find himself back in the High Court but this time on another matter brought by the DA in the Western Cape.

“The DA in the Western Cape Provincial Parliament is looking forward to the review by the court, so that the interrogation of Marius Fransman and Pierre Uys can move forward,” said Wiley.

In February 2014 the A-G tabled the report in the Western Cape Provincial Parliament on the use of consultants over a period of 10 years. Scopa then interrogated the then incumbent DA MECs but Fransman and Uys failed to arrive to account for their tenure.

Said Wiley, “Scopa, within their powers as laid down by law, therefore summoned both of the Members on 23 April 2014 to provide evidence. Fransman and Uys refused to take an oath in the committee and walked out about before the hearing could take place. In mid-2014 Fransman filed a review application at the Western Cape High Court, contesting the right of the legislature to do its work, and the case will now appear next Thursday.”

In the meantime Fransman will spend his weekend perusing the report from the Integrity Commission in preparation for his disciplinary hearing. It is not known at this stage whether Wynand or any other accuser has agreed to testify.

Wynand is, however, considering taking legal action should the police and the NPA continue to avoid completing their investigation. It would seem, from the lack of urgency, that the SAPS might be buying time in order to wait for political direction, which would be unlawful as the police serve the citizens of the country, and not politicians. Sometimes they need to reminded. DM