A place for the poor? Realising the right to adequate housing in Johannesburg 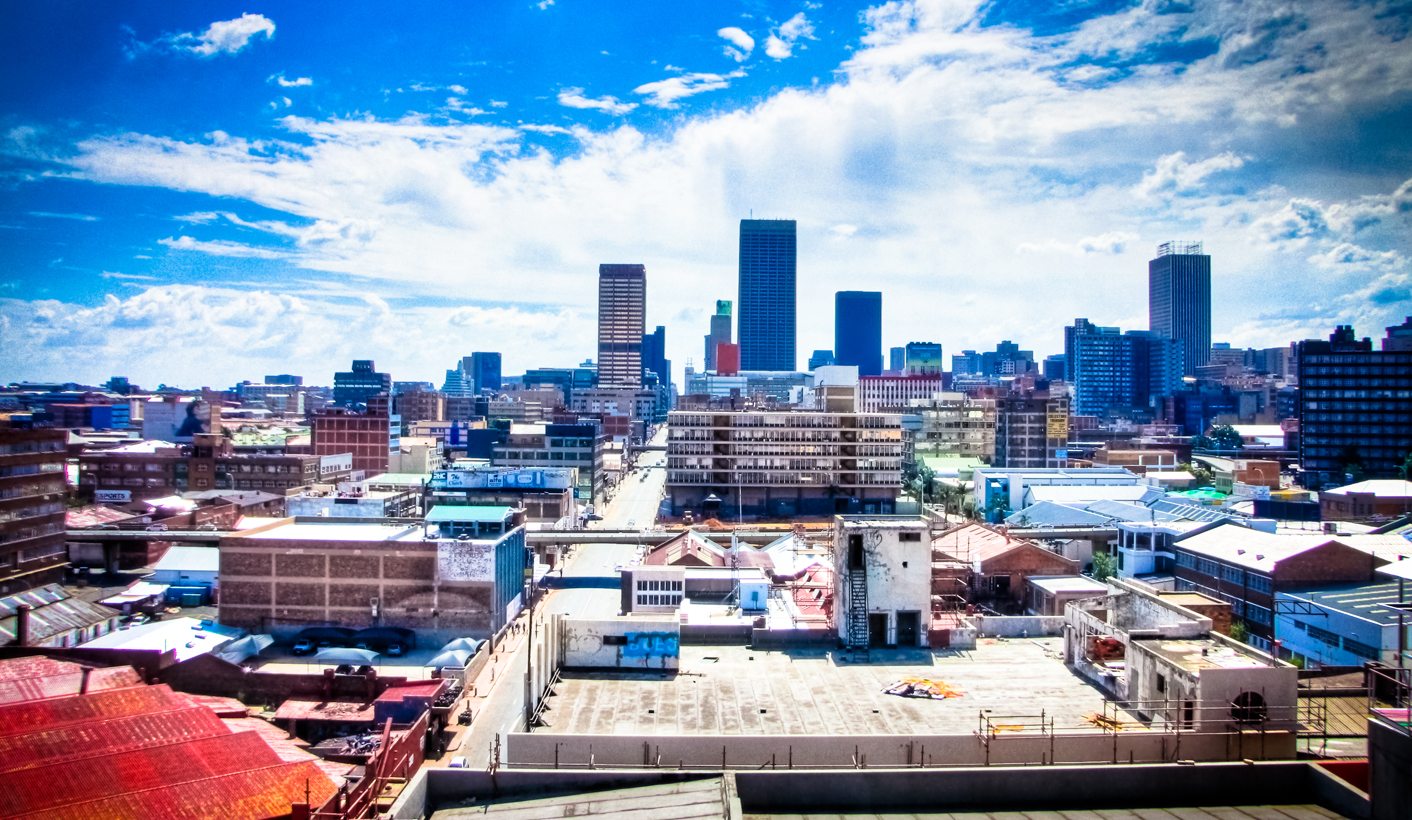 Many people living in the Johannesburg inner city are involved in struggles for access to adequate housing. Today the Socio-Economic Rights Institute (SERI) launches a new series of Community Practice Notes on the provision of alternative accommodation in the Johannesburg inner city which highlight three such experiences.  By LAUREN ROYSTON, EDWARD MOLOPI and JOSH BUDLENDER.

NB: The series can be downloaded here, here, and here.

The City of Johannesburg or the property owners sought to evict residents of three buildings in Johannesburg: San Jose on the corner of Lily Avenue and Olivia Road in Berea, a derelict building in Carr Street in Newtown, and an abandoned building on Saratoga Avenue, Berea.

Over many years, the residents were involved in litigation in defence of their housing rights, and they subsequently won relocation to buildings which the City refurbished as temporary alternative accommodation: MBV1 and MOTH (managed by the City’s housing department), MBV2 (managed by JOSHCO) and Ekuthuleni (managed by Metro Evangelical Services). Although they have been relocated, the residents continue to face ongoing challenges in the relocation sites.

Nomsa Nkabinde* moved to Johannesburg from KwaZulu-Natal to look for work. When she arrived she stayed with her partner and three children in a neglected building in the Johannesburg CBD. After being informed that the building was going to be renovated, they were evicted. For a while, the family lived on the street because they had nowhere else to stay.

In 2005, a passerby advised them to look for a place at San Jose in Berea, where they managed to find accommodation in an unoccupied unit. They did not pay rent, and San Jose was in a convenient location for the family, as it allowed for Nomsa to collect and sell recyclable material from dustbins in the Johannesburg CBD.

In 2008, Nomsa and other residents were relocated by the City of Johannesburg from San Jose to the Old Perm and MBV1 buildings in Hillbrow. Nomsa has lived in MBV1 since this relocation. She now makes a living on the streets of Johannesburg selling pillows she has sewn. However, she trades under difficult circumstances, because her goods are frequently confiscated by Metro police for what they term non-compliance with bylaws.

From 2003 to 2009, Pearl Mbelu* lived in a building in Carr Street in Newtown, Johannesburg. In 2009 she and the other residents relocated to the MOTH building in the Johannesburg CBD. Although Pearl moved with the father of her child, she describes being badly affected by the relocation, because the dormitory-style accommodation and gender separation initially imposed at MOTH caused the father of her child to leave after only a year of living there together. Although people have moved in together since then, there are still challenges largely to do with the absence of privacy: you can hear everything that is said and see everything that is done, even with the curtains that people have put up.

Norman Mtshali* and Patience Mlambo* live together at MBV 2, a building in Hillbrow where they relocated after the Constitutional Court ruled for the City of Johannesburg to provide alternative accommodation in the “Blue Moonlight” case. Before relocation, they lived at 7 Saratoga Avenue in Berea. They have one child, who is living in a rural area, and they send money to support her. In October 2013 the Johannesburg Social Housing Company (JOSHCO), which manages MBV 2, started eviction proceedings against them, because they could no longer pay rent after they both lost their jobs. Norman had lost his part-time job as a gardener in August 2012 for which he earned R600 per month, and Patience her part-time job as a domestic worker in December 2012, when her employers emigrated.

SERI’s new series of Community Practice Notes on the provision of alternative accommodation in the Johannesburg inner city document these experiences. The Practice Notes include the history of resisting evictions, the litigation that people were involved in to defend their housing rights and people’s experiences of alternative accommodation provided by the City. (Find out more at www.seri-sa.org)

The right to housing, enshrined in section 26 of the Constitution, is the most fiercely contested and frequently litigated socio-economic right in South Africa. Municipal provision of alternative accommodation where an eviction would result in homelessness is one of the key legal principles that has been developed through the case law. The previous narratives feature prominently in this jurisprudence.

For example, illegal eviction attempts by the City at San Jose went to the High Court, the Supreme Court of Appeal and the Constitutional Court in the case known as “Olivia Road”, named for the street on which the building is located. Olivia Road established that a municipality cannot evict people from their homes without first meaningfully engaging with them. If it doesn’t, then it is broadly at odds with the spirit and purpose of the Constitution and can be taken to court, provided that the affected people can obtain access to lawyers.

The illegal eviction attempts by the property owner at Saratoga Avenue followed a similar trajectory through the High Court, the Supreme Court of Appeal and ultimately in the Constitutional Court, in the case known as “Blue Moonlight”. The occupants joined the City of Johannesburg to the case, and Blue Moonlight established that a municipality is obligated, in terms of section 26 of the Constitution, to provide alternative accommodation to people evicted from private land if those people would otherwise be rendered homeless.

As the stories above show, residents have been provided with different options and municipal roles in developing and managing the accommodation are varied. In general, the accommodation provided consists of shared rooms and communal kitchen and ablution facilities. In some cases, families share a single room and in others single people or couples live in dormitories. Gender segregation, which is sometimes imposed, means that family members are separated from one another.

When it comes to management in MOTH and MBV 1, the City does not manage the building actively or effectively, despite being the landlord. It neglects building maintenance, cleaning and security, leaving tenants in buildings that are rapidly deteriorating to the extent that they could become uninhabitable while the residents have nowhere else to go.

For all the people involved, the litigation and relocation processes were long and arduous, and many continue to live with a variety of deprivations that include affronts to their agency and dignity, an absence of privacy, negative impacts on family life and personal safety and security.

So far the City’s response to its constitutional obligation has been more a matter of complying with a court order than a planned response that proactively addresses the right to housing. This looks set to change, if recent presentations of the City’s Inner City Housing Implementation Plan are anything to go by. In it, the City proposes two interventions in response to the legal principles that have developed in the process of litigation. The first is a programme called Temporary Emergency Accommodation and the second is a process for “the relocation of evictees”. The former is designed to develop and manage alternative accommodation like MBV 1 and 2, MOTH and Ekuthuleni in the inner city, while the latter addresses the procedural aspects of identifying who will relocate, the relocation process and everything in between. We understand that the City plans to consult on the second once it has received municipal approval.

The experiences documented in SERI’s Community Practice Notes offer important lessons for alternative accommodation programmes and procedures in Johannesburg, and other cities in South Africa. Significant among these lessons are the importance of building capacity for more effective building management and humane house rules that promote the rights to dignity and family life.

Names have been changed.