SABC: Labour court battle won, but the war is still on 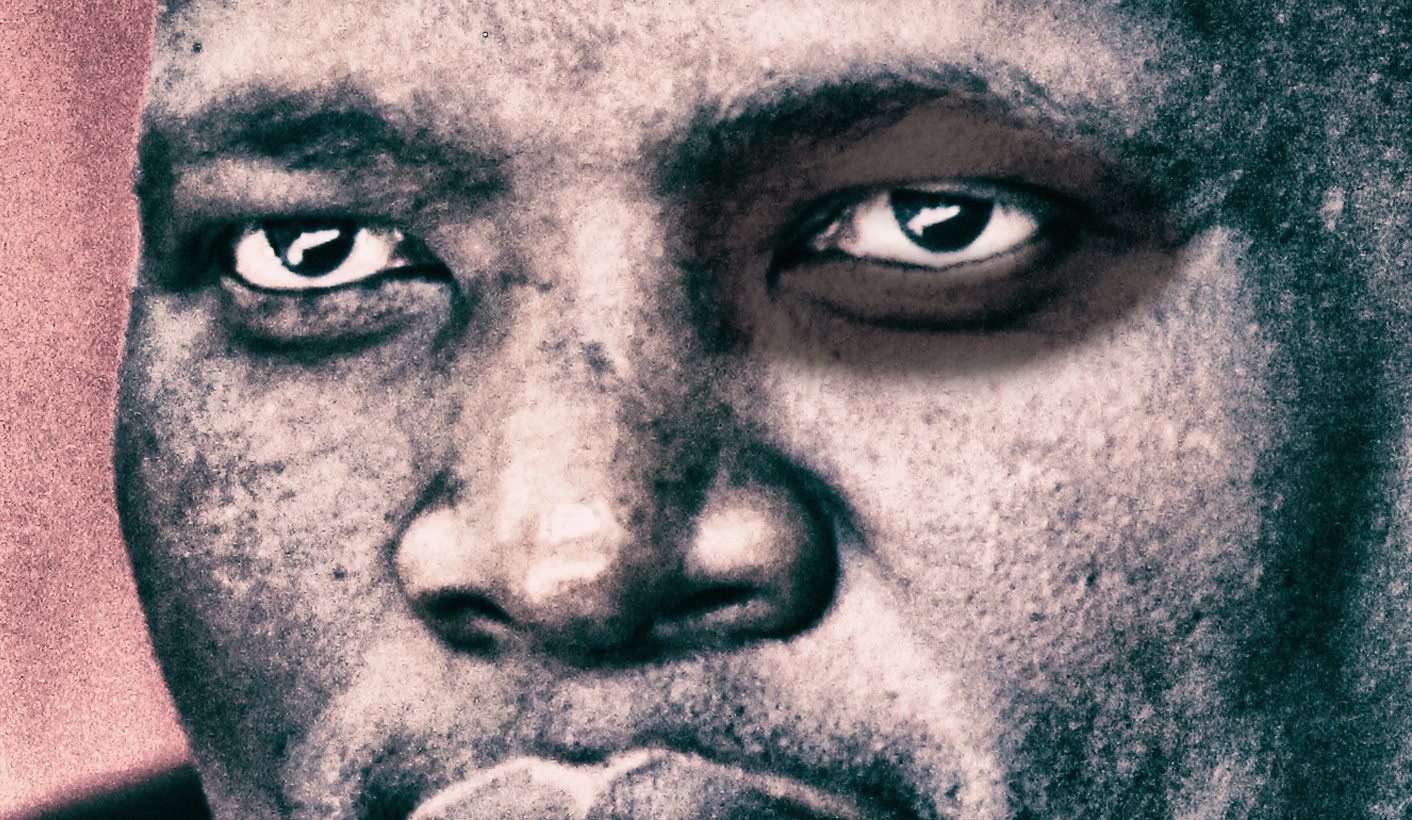 Journalists dismissed at the SABC embraced emotionally on Tuesday after winning their court case. For those demanding transformation at the public broadcaster, it was only another battle on the path to winning the war. As the SABC continues to score own goals and draw increased public anger, that victory looks increasingly more certain. By GREG NICOLSON.

SABC chief operating officer Hlaudi Motsoeneng has been allowed to operate above the law, exploiting malleable boards, in constant disarray, that fail to hold the man who lied about his matric and the executive accountable. He ruthlessly drives out any opposition and has improperly rewarded himself. In fact, Motsoeneng purged the SABC of 14 detractors without following proper procedures, leading to a spike in its salary bill due to settlements and legal fees. These are the findings of the Public Protector’s report on the SABC, released in 2014.

Hlaudi has further honed his particular style of management since Thuli Madonsela called him out over two years ago. He rules as an emperor, punishing those who frown and rewarding those who smile in his direction. For those in the top offices at Auckland Park, legislation, regulations, oversight and accountability are only words, an abstract jumble of letters and sounds. The likes of Right2Know, Save Our SABC Coalition, the DA and EFF have kept up the pressure but failed to build anything that would force a change (the DA’s efforts in court have largely been successful, but that’s a long-term game).

Part of Tuesday’s labour court judgment against the SABC reads like a timeline to how Hlaudi & Co might have manipulated their own downfall. People care about having an independent public broadcaster, committed to free, fair and quality content, but the SABC’s scandals quickly become old news in a media cycle driven by scandal and drama. If it wasn’t for The Motsoeneng Brand, many of the stories wouldn’t even be stories; issues with SABC management aren’t that gripping and, given the public broadcaster’s history, few people really expect its executive or board to be above reproach.

In the Labour Court case between four SABC journos and their employer, Judge Robert Lagrange started his chronology of events with the controversial policy against showing images of violent protests by saying:

“Journalists within the SABC were not consulted about this radical new policy, but were simply instructed to follow the Protest Policy be the Chief Operations Officer, Mr Hlaudi Motsoeneng and then acting Chief Executive Officer, Mr Jimi Matthews.

Foeta Krige, executive producer of current affairs at Radio Sonder Grense (RSG), and Krivani Pillay, executive producer of current affairs at SAfm, were summoned by Motsoeneng for featuring analysts critical of the policy, told they would be fired if they didn’t toe the line. Matthews, who later resigned as things escalated, allegedly said, “It’s cold outside. If you do not like it you can go. You’ve got two choices: the door or the window.”

When Right2Know held protests outside SABC offices on 20 June, Krige, Suna Venter, a current affairs producer and presenter at RSG, and SABC economics editor Thandeka Gqubule disagreed with the decision not to cover the demonstrations. Three days later they were suspended for failing to comply with a directive. In the next few days, Pillay, Jacques Steenkamp, a senior SABC reporter, and Special Assignment producer Busisiwe Ntuli sent a letter to senior managers expressing concern about what was happening at the public broadcaster. They were summoned to disciplinary hearings. After a public protest against the charges, and the seven journalists receiving the Nat Nakasa Award for integrity in the media, the SABC laid further disciplinary charges.

Those charges came the same day that Icasa’s Complaints and Compliance Committee ruled the protest policy was unlawful. “The decision of the CCC is a carefully considered one,” said Lagrange. Despite Icasa’s ruling, requests from lawyers to cease the disciplinary action, a pending Constitutional Court challenge, and an imminent Labour Court application, the SABC fired eight journalists, including Lukhanyo Calata and Vuyo Mvoko, who both publicly criticised the SABC. Said Lagrange:

“The SABC displayed reckless disregard for the pending applications. Instead of pausing, it pressed ahead with the dismissal of the applicants.”

The SABC was already accused of showing reckless disregard for implementing its protest policy, which wasn’t backed up by research or consultation, and was facing broad claims of censoring the news ahead of the local government elections. All of a sudden, those who had been criticising the SABC were thrust into the spotlight, and the disciplinary action against journalists led to new critics taking a stand (even the ANC subcommittee on communications came out harshly against censorship). The dismissal of the eight journalists stirred the pot but the SABC didn’t retract its dismissals even after agreeing to adhere to the Icasa ruling and entering into a settlement with the Helen Suzman Foundation, for now, to scrap the protest policy.

Tuesday’s Labour Court judgment found in favour of four of the SABC journalists, represented by the trade union Solidarity. The court said the dismissals were unlawful and the four can return to work, while the disciplinary processes also must be scrapped. Lagrange took such an unfavourable view of the SABC that he said two of its officials who instituted the dismissals must explain why they should not be personally accountable for the journalists’ legal costs after the public broadcaster’s clearly unnecessary legal action.

Speaking at a press conference after their court victory, Pillay thanked the legal team and the support from the public. “We can’t wait to get back to work tomorrow,” she said. Krige said Matthews was wrong to tell them it’s cold outside the SABC, noting the large and warm public support he’d received.

Most commentators, however, were quick to take the issue back to the struggle over the public broadcaster’s direction. Solidarity’s Dirk Hermann said it was a huge victory, but added,

“We’re not naïve. A strategic battle has been won but ultimately the war must be won.”

“Nevertheless we’re only at the beginning of the very rocky road of defending the integrity of the SABC.”

The DA’s Phumzile van Damme called for an urgent meeting of Parliament’s portfolio committee on communications, claiming the ANC must follow up its previous comments and show it takes the issue seriously.

“What is happening at the public broadcaster is a prime example of the systemic party capture which continues to take shape in our country. The SABC joins the long line of captured institutions, including the Hawks, the NPA and SARS, which serve, not the people of South Africa, but at the behest of President Jacob Zuma and the ANC,” she said.

Hannes du Buisson from the Broadcasting, Electronic, Media & Allied Workers Union said he was “ecstatic” about the ruling and the cost order. The union’s case defending the other dismissed SABC journos, to be heard in court on Thursday, should be settled as a formality, he added, also calling on Parliament’s communications committee to meet urgently.

The South African National Editors’ Forum said in a statement it is concerned about the undemocratic climate at the SABC and the culture of fear journalists operate under.

“It has been proven on recent numerous occasions that the executive team and the board lack the skills required to lead an independent and professional public broadcaster in line with its constitutionally-derived mandate. It is clear that the SABC is in dire need of ethical leadership, which Parliament and government can assist in putting in place.”

What will the SABC, whose leadership has publicly expressed a disregard for outside opinion, do next? It could lock out the journalists, but Solidarity’s lawyers said they would be watching the case closely and wouldn’t hesitate to pursue contempt of court charges. The SABC could appeal, but its defence was so weak it has no chance of succeeding and Solidarity said it would try to ensure the current judgment stands in the interim if an appeal is lodged.

The leaders of the public broadcaster must face up to the reality that Motsoeneng & Co pushed things too far with the protest policy and dismissals. They have been able to survive for years because their violations were offensive but not outrageous enough to galvanise a broad movement. Brand Hlaudi has been entertaining to some, but all things come to an end. It will require the communications minister’s, and therefore the president’s, blessing to end his reign. While that is still unlikely, given the mass movement against SABC leaders, the pending court cases, and the increased public anger which has come into play, Motsoeneng, his executive, and his board’s eventual downfall has been accelerated.

Now, it’s only a question of how long until they fall, and will there be an opportunity to transform the public broadcaster before Hlaudi 2.0 is installed. DM