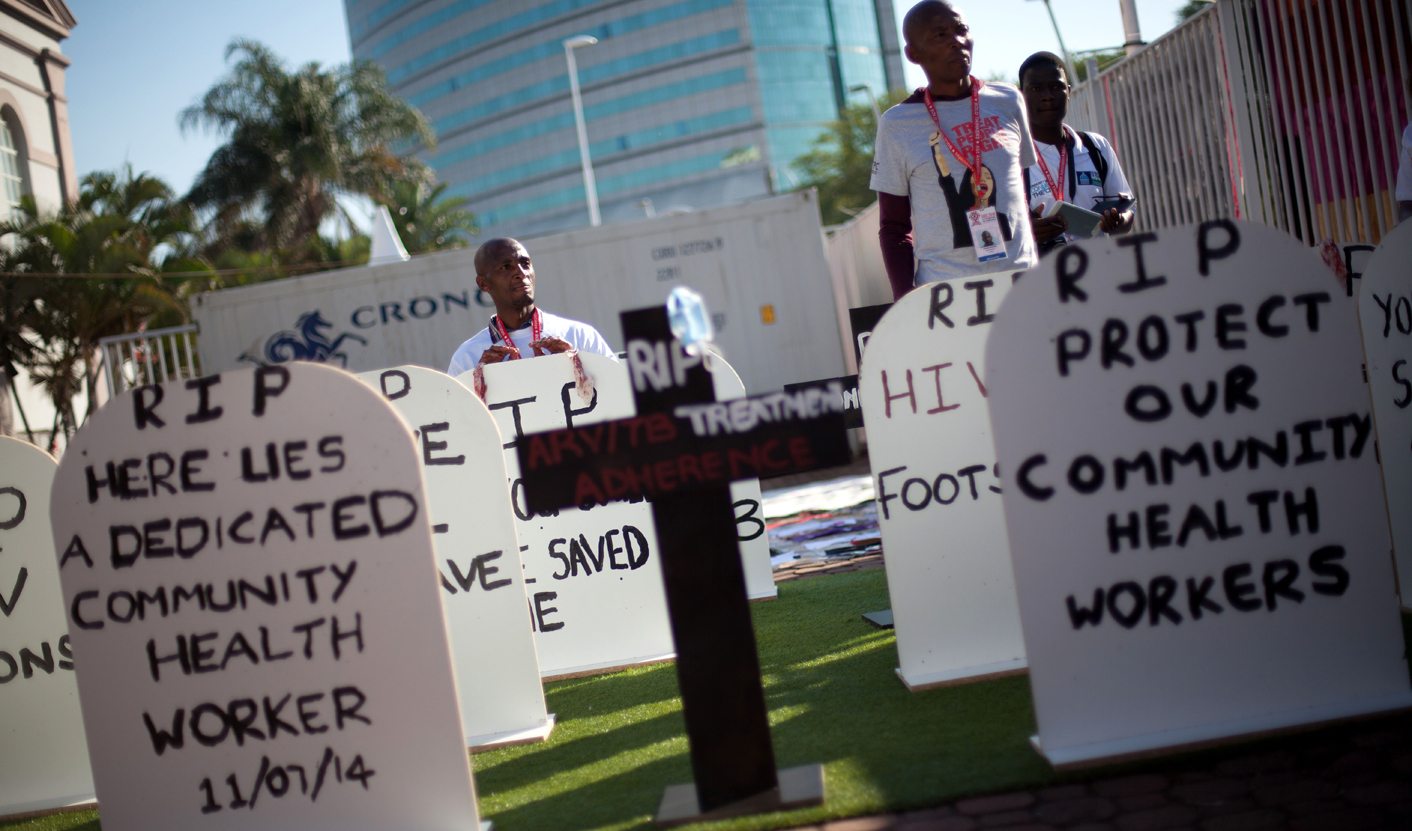 The more knowledge we accumulate about HIV, the trickier the virus appears to be. HEALTH-E’s KERRY CULLINAN reports from the international AIDS conference.

Sex workers, celebrities, sober scientists in suits, rowdy activists, a prince and a lot of “queens” – only an international AIDS conference can unite such diverse groups. Their common cause in the past week at the International AIDS Conference in Durban was how to end this tricky virus that has caused so much heartbreak.

“The single biggest barrier to finding a cure for HIV is the virus’s ability to hide in ‘reservoirs’ in the body,” said Chris Beyrer, president of the International AIDS Society (IAS).

Scientists reported to the conference that their attempts to “shock” the latent virus out of these reservoirs and kill it had failed.

This is how many modern viruses operate. Recent research shows that the Ebola and Zika viruses are also able to hide in reservoirs. Zika has hidden in the testes of men apparently cured of it, who have then transmitted it to their sexual partners. Ebola has also bounced back in patients previously declared to be cured.

The new antiretoviral (ARV) doluteguvir was the talk of the conference. People on doluteguvir have few side effects and don’t develop much resistance.

It is also a slow-release drug, so patients who skipped one or two doses had enough of the drug in their blood to control the virus even 72 hours after they missed their medication. Doluteguvir is only available in South Africa privately for about R720 a month, but generic manufacturer Aspen is working on getting a generic.

The new drugs are exciting but, as the world embraces evidence that people with HIV should start ARVs soon after diagnosis to protect their immune systems, a new challenge has emerged. How do you keep young, healthy people on ARV treatment?

A big study that followed pregnant women in Zimbabwe found that they were very good at taking their ARVs during pregnancy and breastfeeding but ditched the pills soon afterwards. Teenagers on ARVs since birth also tire of taking their pills, particularly because they don’t feel sick.

“I am passionate about those stubborn teenagers. Not enough attention has been paid to them. But we have to get young people into the room,” said Hollywood actress Charlize Theron, who opened the conference and endeared herself to delegates with her sincerity and her passion.

There is a lot of excitement about the possibilities offered by injectable ARVs that could replace daily pills. “Besides a vaccine, the super-long acting drugs are super-interesting for prevention and treatment,” billionaire philanthropist Bill Gates told the conference.

Trials of long-acting injectionable ARVs (cabotegravir and rilpivirine) given once every four to six months are as safe and effective as oral ARVs. Drug companies are also looking at long-acting ARV implants.

“Treatment as prevention” (TAP) has been “spectacular” in eliminating HIV transmission in “discordant” couples, where one has HIV and the other doesn’t, said Beyrer, who is professor of epidemiology at the Johns Hopkins Bloomberg School of Public Health in Baltimore, US.

Once the HIV positive partner was on ARVs and their viral load was suppressed, they did not transmit HIV, according to a massive Partners study involving 1,166 discordant couples.

TAP has been hailed as the best hope for preventing HIV in the absence of a virus, as it will reduce the levels of HIV in communities. It motivated the South African government to decide that, from September, everyone who tests HIV positive will be offered ARVs no matter what their CD4 count.

But a sobering four-year trial by the French National Research Agency (ANRS) and the Africa Centre in northern KwaZulu-Natal cast doubt on whether universal treatment can be implemented fast enough to protect young people from HIV infection in high prevalent areas.

The researchers went door-to-door and tested over 27,000 people, 37% of whom were HIV positive. Half of those tested were offered immediate ARVs and the other half were offered ARVs only if their CD4 count (measure of immunity) was under 350.

In both groups, there was no difference in the rate of HIV transmission, leading researchers to conclude that people were getting ARV treatment too slowly to influence HIV incidence (only 40% were on ARVs within six months of testing positive).

Beyrer also points out that “a lot of sex happens outside of couples” (the 11 people who did get HIV during the Partners study had sex with people who were not their partners), and that older people are more likely to get on to ARV treatment quicker than younger people.

A breakthrough study conducted by the Centre for the AIDS Programme of Research in SA (Caprisa) has finally proven that men in their 30s are infecting young women, after being infected by women their own age.

The study, conducted at Vulindlela outside Howick in the KwaZulu-Natal Midlands, tested over 9,800 people for HIV, then further tested the genetic make-up of their viruses though a process called phylogenetics.

Viruses with very little genetic diversity were linked into clusters, which enabled researchers to link 123 women to 103 men. Five men in particular were linked to 30 women. The men had high viral loads and were not on ARVs.

Caprisa Director Professor Salim Abdool Karim described the sexual links between men aged 25 to 40 and both women their own age and young women as “the engine that is driving the cycle of HIV infection”.

But there is a window of opportunity to reach men under the age of 26, when few are HIV positive, and ensure that they are medically circumcised to reduce their risk of HIV, said Abdool Karim.

There was also a buzz about pre-exposure prophylaxis (PrEP) – ARVs taken by HIV negative people to protect themselves against HIV. South Africa and Kenya are the only two countries on the continent to offer PrEP, aiming at people who have the highest risk of HIV – sex workers and men who have sex with men (many don’t describe themselves as gay).

The 16,000 delegates at the conference generated a lot of energy, with activists across the world meeting every night to plan daily “actions” targeting groups from pharmaceutical companies to governments.

But given the huge resources spent to host the conference, one can hope that it brought the world closer to the UN goal of the end of AIDS by 2030 – and didn’t simply give the AIDS world a taste for bunny chows, the best-selling food at the conference. DM