Understanding the cost of electricity from Medupi, Kusile and IPPs 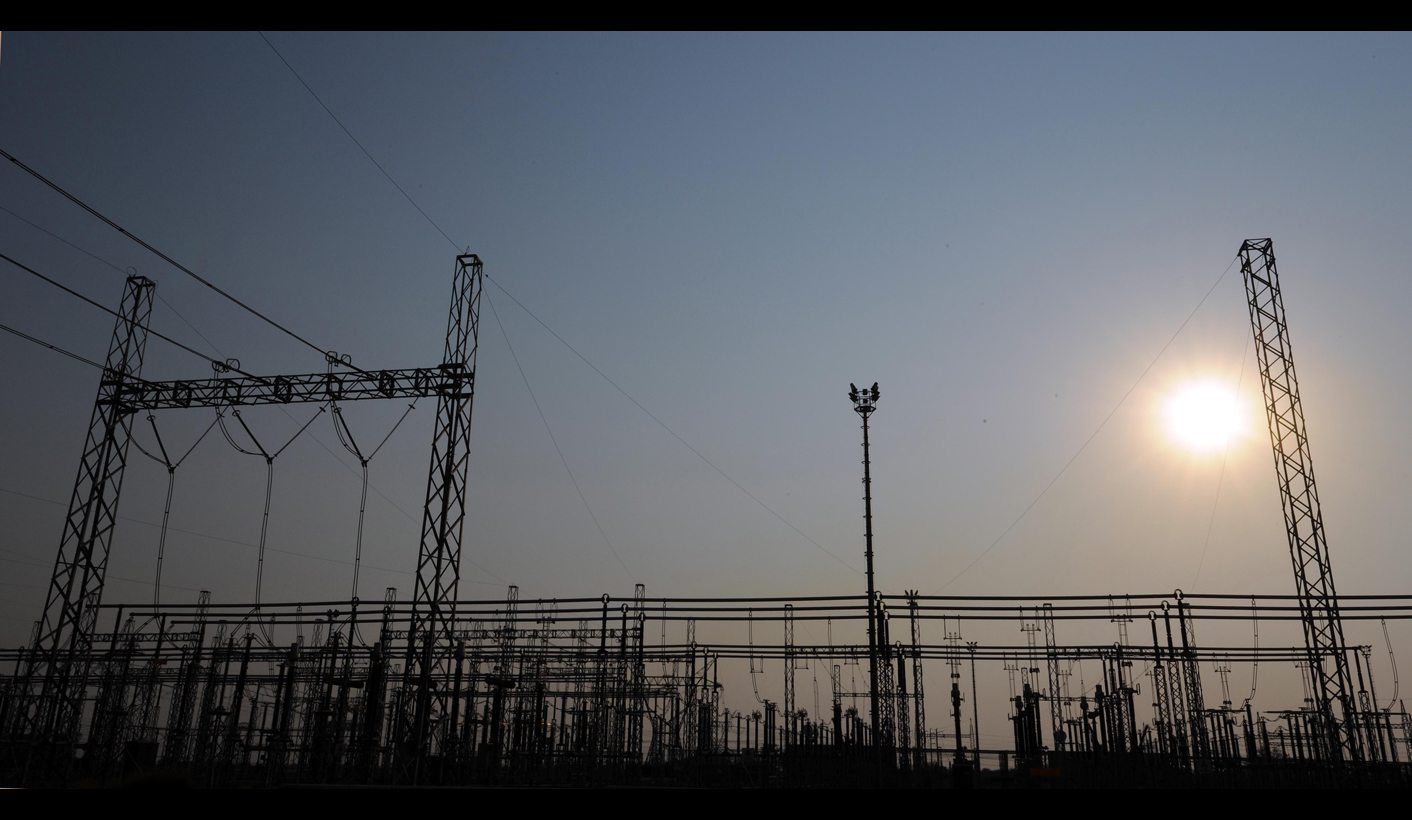 In order to understand and compare the cost of electricity from a power plant, whether it is coal-fired, nuclear, hydro, gas, wind or solar, one needs to look further than simply the capital, fuel or operating and maintenance costs in isolation, to a concept known as the “levelised cost of electricity” over the lifetime of the plant. By CHRIS YELLAND.

The levelised cost of electricity (LCOE) from a generation plant is the net present-day monetary cost per present day kWh unit of electricity delivered, which when adjusted for inflation each year over the lifetime of the plant, will recover its full costs, including the initial investment, cost of capital (including dividends and interest), fuel and all other fixed and variable operating and maintenance costs.

Mathematically this can be expressed as:

Too often, LCOE figures for different power plants or electricity generation technologies are discussed, presented or compared without a clear statement of the parameters and assumptions upon which the calculations are based, in which case the figures have little meaning.

A revised estimate of the LCOE of Eskom’s Medupi and Kusile’s coal-fired power plants is long overdue and particularly relevant now, in light of the massive increase in the estimated costs to completion and interest during construction recently disclosed on page 141 of Eskom’s 2015/16 integrated financial report.

The results of an updated LCOE calculation for Medupi and Kusile, using the same methodology as that used in the national Integrated Resource Plan for Electricity IRP2010-2030 and the 2013 Draft IRP Update Report, is therefore presented as follows.

The latest total costs to completion (total CTC) for Medupi and Kusile, including flue gas desulphurisation (FGD) plant, interest during construction (IDC) and contractor claims not yet processed, have been conservatively estimated in a recent article to be R208,7-billion and R239,4-billion respectively.

For the purpose of this LCOE calculation, it is assumed that R150-billion of this total CTC has been spent for Medupi already (with a residual of R59-billion to be spent until final COD in 2020), and that R140-billion has been spent for Kusile already (with a residual of R99-billion to be spent until final COD in 2022), which is then considered to be the total CAPEX (overnight cost plus interest during construction). Therefore, the total CAPEX for LCOE calculation purposes in today’s money (May 2016 rands) is R193-billion and R213-billion for Medupi and Kusile respectively.

Furthermore, as detailed on page 10 of Eskom’s 2015/16 integrated financial report, some R9,5-billion had to be written off by Eskom because Medupi was not ready in time to receive coal in terms of the take-or-pay coal supply agreement with Exarro. This penalty has been factored to the LCOE calculation as a once-off cost in 2015.

The weighted average cost of capital (WACC) assumed in this LCOE calculation is 8% in real terms, with a plant life of 30 years, as per the 2013 Draft IRP Update Report. Similarly, the load factor, and the fixed and variable operating and maintenance costs assumed, are from taken from Page 62 of the 2013 Draft IRP Update Report, and adjusted for inflation to May 2016.

The present-day coal costs for both Medupi and Kusile are assumed to be the average coal cost across Eskom’s whole fleet, as disclosed in Eskom’s 2015/16 integrated financial report, also inflated to May 2016 rands.

In summary, the assumptions used in this latest calculation of LCOE for Medupi and Kusile are:

Based on the above assumptions, the LCOE calculated using the same methodology as that used in the national Integrated Resource Plan for Electricity IRP2010-2030 and the 2013 Draft IRP Update Report gives:

This compares to the LCOE calculated for pulverised coal-fired generation plant with FGD, calculated on page 62 of the 2013 Draft IRP Update Report, as follows:

Like the LCOE calculations in IRP2010-2030 and the 2013 Draft IRP Update Report, no tax effects have been taken into account in the calculation.

Similarly, the LCOE calculation does not take into account the current environmental levy of R0,035/kWh on coal-fired and nuclear power generation, or the proposed carbon tax, both of which would have the effect of increasing the calculated LCOE, but which would result in a zero sum for the country. However, for information, a carbon tax of R120/tonne of emitted CO2 would result in an approximately R0,10/kWh increase in LCOE values calculated above.

The cost of negative health effects and other costs of externalities of coal-fired power generation to society have also been excluded, but may certainly be appropriate when comparing the LCOE of a coal-fired power plant with that of other generation technologies, such as nuclear, hydro, wind and solar power.

The plant economic life assumed is 30 years. LCOE modelling shows that there would be little difference to the LCOE calculated if the plant life were to be extended to 50 years through a significant refurbishment after 30 years.

Similarly, LCOE modelling shows that the net cost of decommissioning and the scrap value of the plant at the end of life has little impact on the calculated LCOE.

In contrast to the LCOE calculated for Medupi and Kusile of R1,05/kWh and R1,19/kWh (above), the fully indexed average price per kWh (inflated to base date May 2016) actually being paid by Eskom for renewable energy procured from IPPs in terms of 20-year power purchase agreements, was presented by the IPP Office of the SA Department of Energy on 16 April 2015 as:

It should be obvious that one cannot compare the cost of primary energy (such as coal) per kWh generated by a power plant, with the full LCOE of electricity of a power plant or technology. This would be like trying to compare the price of petrol per km, with the full AA cost per km of operating a motor vehicle – which includes the capital cost of the car, finance costs, petrol, oil, tyres, insurance and other operating and maintenance costs. Yet this is exactly what is sometimes done by those utilities pushing a narrative that electricity procured from IPPs much more expensive than the utility’s cost of coal or nuclear fuel.

The issue of risk

However, the most problematic thing about LCOE in the South African context is that it is just a planning tool, and investment decisions are made on the basis of the planned value.

In the case of a plant built, owned and operated by Eskom, once the investment decision is made, if then the LCOE increases during the construction or operating periods for whatever reason, Eskom simply asks for more money from the regulator. If the regulator denies this, then Eskom’s “owner” steps in through a capital injection or “bail-out”. No matter what, the risk is always with the electricity customer or the taxpayer, either in form of increased electricity tariffs or increased taxes.

If an IPP builds a power plant, the calculated LCOE is used to submit a bid price (indexed to CPI or other factors) for electricity supplied into the grid for the period of the power purchase agreement. If things go wrong, the IPP simply has to bear the costs, or go bankrupt, or sell the plant to another IPP at a price that allows the new owner to deliver on the promised tariff and achieve an adequate return on the revised investment. The electricity customer and taxpayer therefore bears no risk of cost overruns – this risk lies entirely with the IPP equity owner that submits the bid. DM

Note 1: Bid Window 3 and 3.5 for CSP: Weighted average tariff between base and peak tariff (2.7 times base tariff), assuming 50% annual load factor and full utilisation of the five peak-tariff hours every day.