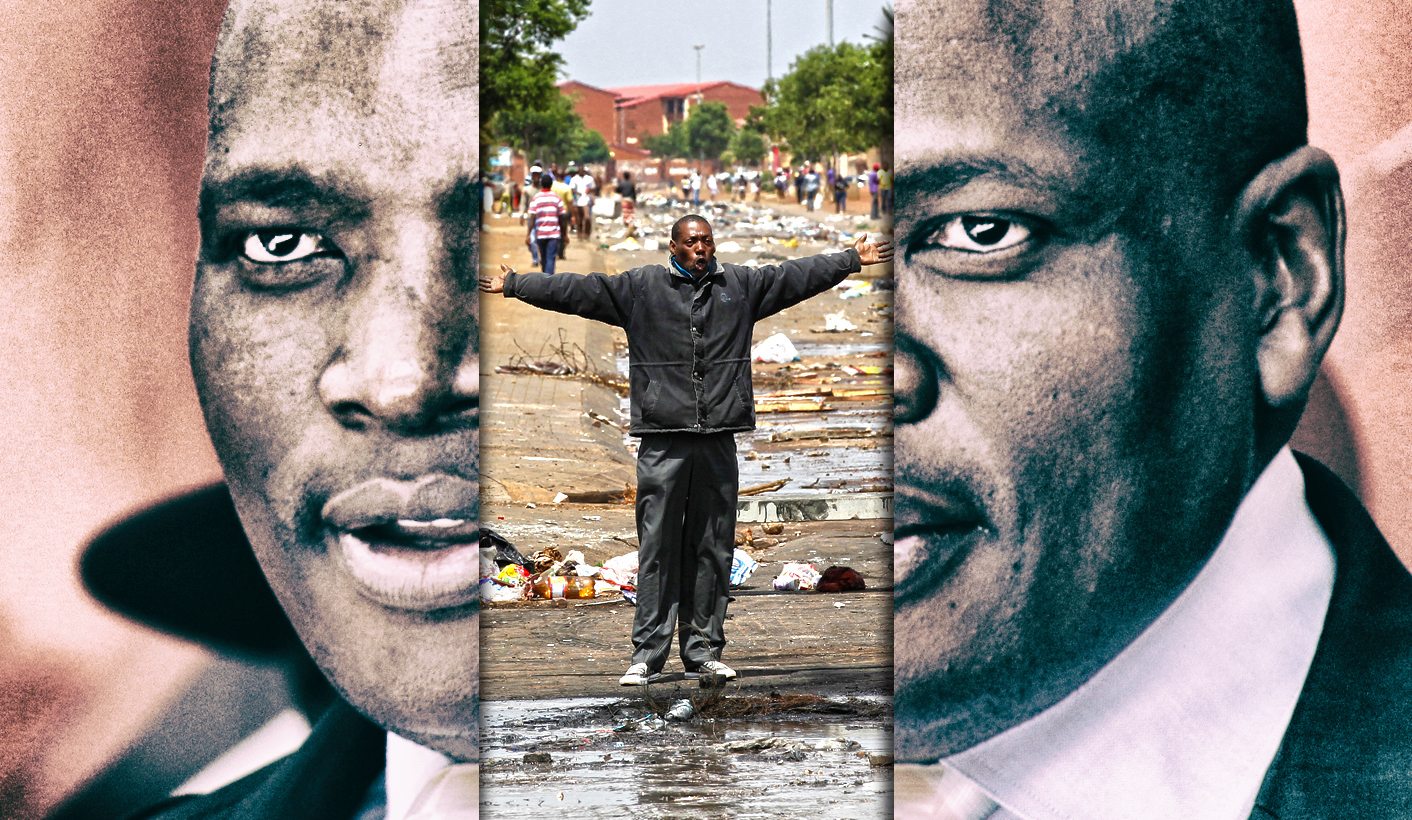 SABC leaders have repeatedly denied claims that the protest policy amounts to censorship and said they would refuse to be told how to run the public broadcaster, but in court on Wednesday the corporation agreed to withdraw the controversial policy after reaching a settlement with the Helen Suzman Foundation.

The North Gauteng High Court interdict was far-reaching in barring the SABC from censoring any protests or negative coverage of the president. It prevents the SABC from adopting or giving effect to any decision, policy or guideline that would lead to not covering any peaceful or violent protest, whether it targets the policy itself, government, political leaders or state officials. The SABC was also barred from preventing coverage of anything showing the president or political parties in a negative light. The interdict came after an urgent application from the Helen Suzman Foundation and applies until the court hears the full application to review and set aside the policy. The SABC was ordered to pay the foundation’s legal costs.

On Wednesday, trade union Solidarity, which is representing some of the seven fired SABC journalists, said it strengthens their case in the Labour Court on Thursday. “The interdict means the court has already found that the instruction to exercise censorship is prima facie unlawful and should be stopped by means of a court order. This paves the way for the Labour Court to rule that the suspensions, disciplinary action and dismissal of the journalists arising from the unlawful instruction are also unfair and should be reversed,” said Solidarity deputy chief executive Johan Kruger.

Seven journalists were fired from the SABC allegedly for opposing the protest policy and questioning the culture under SABC management while another, Vuyo Mvoko, faces his contract not being renewed. The court’s decision is a clear sign the editorial policy is wrong, said Kruger.

According to the Independent Communications Authority of SA (Icasa), the SABC has also said it will comply with its order to withdraw the ban on showing violent protests. While the SABC said it would take the decision on review, Icasa said it must comply with the order. Icasa found the SABC decision was not in line with the Constitution, Broadcasting Act, or its own licensing conditions.

“Today will not only be remembered as a victory for press freedom in South Africa but it will forever remind us of a dysfunctional management at a dysfunctional public broadcaster who has spent public money to defend the undefendable, only to settle on the steps outside the court,” said Hannes du Buisson from the Broadcasting, Electronic, Media & Allied Workers Union, representing two of the fired journalists. “It however remains a sad day for the SABC 8, who stood up for what the SABC now has agreed is wrong, who is out in the cold – dismissed.”

The Campaign to Save Our SABC, which includes trade unions and civil society organisations, called Wednesday a “watershed day” for the SABC’s independence. “We are emboldened by today’s powerful developments, and are unyielding in our commitment to see that our demands, which are essential to turning the SABC around, are met,” they said in a statement. The collective has made six demands to the SABC and said only one was met. They want a reversal of the decisions to fire the journalists, the removal of COO Hlaudi Motsoeneng and Communications Minister Faith Muthambi, and for the SABC board to be reconstituted.

Zwelinzima Vavi, who has publicly supported the dismissed workers, on Wednesday pointed the blame at Motsoeneng. “Hlaudi Motsoeneng is a self-confessed President Jacob Zuma acolyte. He owes his position as the now de-facto head of the SABC to those, like him, who will do all that they can to be in the good books of No 1. If President Jacob Zuma is the deity, the god of patronage, then Hlaudi is his worshipping emperor,” he said. “What is at stake here is not some small or insignificant workplace dispute. This is a test of strength that if allowed to go unchallenged will most definitely impact on the future of our democracy.”

Despite their concessions, Motsoeneng and other SABC leaders have in the past defied rulings and been reluctant to heed criticism. The eight journalists were fired after the Icasa ruling and SABC management had dismissed condemnation from the ANC subcommittee on communications, while relying on the support of Muthambi. ANC Secretary General Gwede Mantashe has added his voice to those denouncing the firing of the journalists.

DA spokesperson Phumzile van Damme welcomed the court ruling on Wednesday but said it won’t be enough to turn the public broadcaster around. “The public broadcaster has been captured by Jacob Zuma’s friend and ally, Hlaudi Motsoeneng, and his dictatorial, anti-free press reign will continue unless further action is taken to remove him as acting COO,” she said.

“Although not privy to the merits and demerits of the cases, resignations and dismissals of employees are a reason for concern, especially in a country with high levels of unemployment. The SABC’s mandate is to broadcast in the public interest, but lately there has been public outcry about developments at the corporation. This is another reason for concern,” said Maxegwana.

The public broadcaster will continue to be in the news rather than making it on Thursday as some of the fired journalists approach the Labour Court and COPE demonstrates outside the SABC’s Auckland Park offices. The eight journalists have also approached the Constitutional Court to declare their dismissals unlawful. A fund-raising campaign established to support the SABC 8 has already raised over R360,000 in only its second day of taking donations. DM

Photo: Outside – Hlaudi Motsoeneng (Steven Lang); Inside: A man gestures to the police (not in picture) during violent service delivery protests in Bekkersdal, west of Johannesburg October 25, 2013. REUTERS/Siphiwe Sibeko