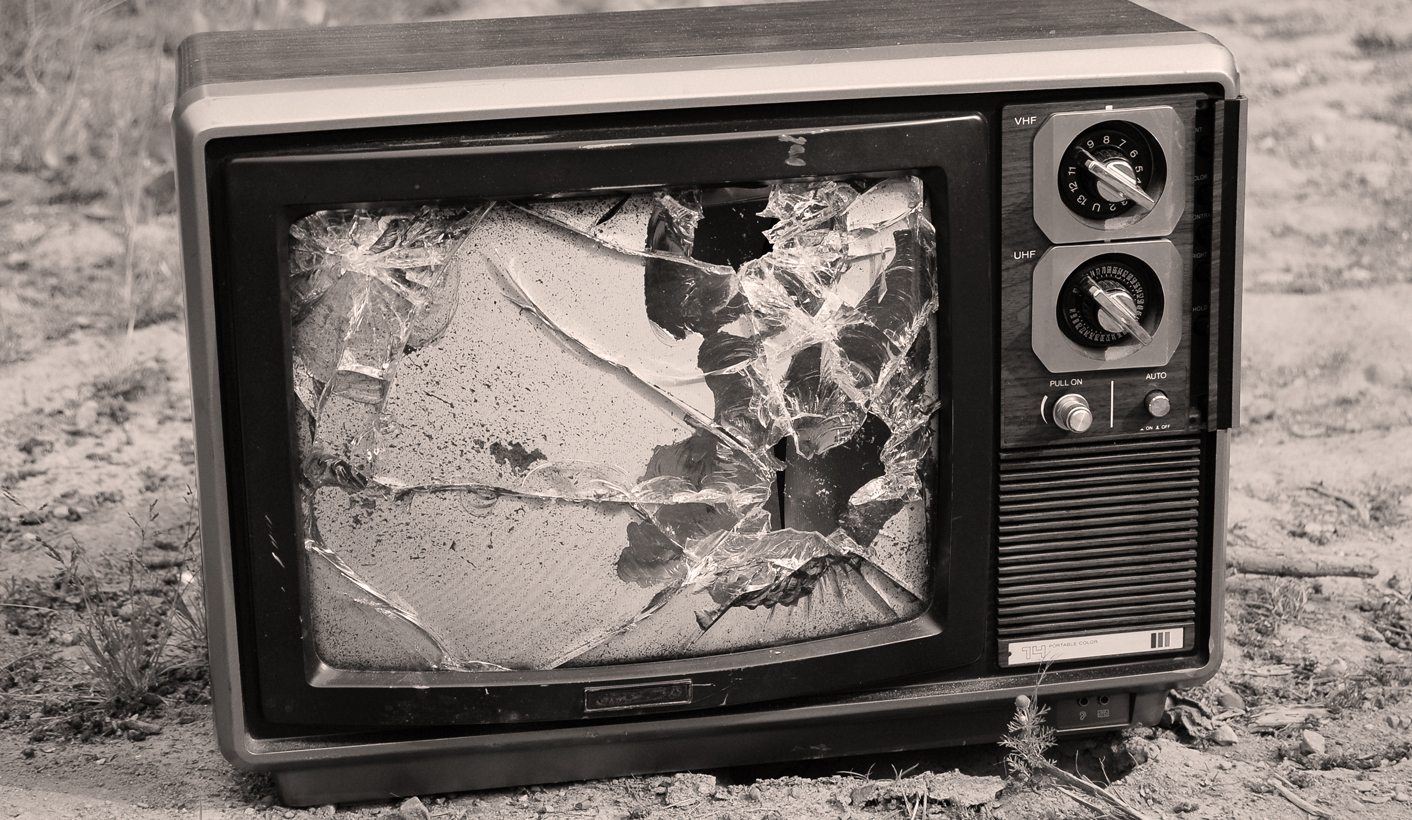 The crisis around the SABC, its politically motivated decisions and its Chief Operating Officer Hlaudi Motsoeneng has become so acute it has forced people like Trade Union Solidarity into the same camp as the SACP, a moment of reconciliation that even Nelson Mandela could not have imagined. But on Wednesday, a man who has appeared to be unbendable, unscientific and untouchable, showed that he was not unbreakable. The SABC first acceded to a settlement with the Helen Suzman Foundation, and then formally told Icasa that it would comply with its order to rescind its ban on the broadcast of images of violent and destructive protests. There are still many questions. But this saga, which is likely to be repeated, has also told us much about our politics, about how some people are protected, some people are not, and some are prepared to fight for their rights. By STEPHEN GROOTES.

Wednesday must have been humiliating for Motsoeneng. He announced his ban (for it was all about him) with such pride, such certainty, such confidence, that he surely must not have thought he would ever be forced to retract it. One wonders what actually happened. Just 10 days ago the chair of the SABC, Professor Mbulaheni Maguvhe, almost certainly doing the bidding of Motsoeneng, was on the radio telling the ANC to go and jump, that its condemnation of this ban was only because “some of its members stood to gain from the collapse of the SABC”. Motsoeneng himself had admitted, proudly, that no research had been conducted on the impact of the ban. Earlier, during the fight around music quotas, he had said, proudly it seemed, “I don’t believe in scientific research.”

At the time, he appeared to suffer no consequence. Journalists went to the Constitutional Court, he fired them. Civil society organisations protested outside the SABC, he ignored them. The ANC shouted and screamed, he noted, he laughed, he conquered.

Which could suggest that finally, someone important got to him. It’s been said before that this issue is surely electoral poison for the ANC. In these municipal elections the metros of Nelson Mandela Bay, Joburg and Tshwane are the places that matter. Voters in those places have sources of information other than the SABC, and so would have been able to contrast the difference in coverage between the SABC and those other media organisations. And then there is the actual question about whether this “ban” would really have much of an affect at all. Probably not, surely. Why would a ban on certain images, but not, technically, the information itself, have any effect on voter behaviour? But it could cost the ANC votes. And, perhaps more important, the party was looking weak. Weaker than Motsoeneng. Not the image that a “winning party” likes to convey.

Intriguingly, there is no clue as to who would have the power to tell Motsoeneng what to do. One can ponder though… Gwede Mantashe perhaps, Faith Muthambi surely, Number One? Absolutely.

And then there is the big question that has been asked, but still not answered. What started this particular uproar was a statement issued by the SABC explaining that it was instituting this ban. Motsoeneng then did radio interviews forcefully defending it. Examples throughout history suggest that censorship is at its most effective when the people who are the end receivers of the information don’t know that it’s being censored. If you don’t want people to know things, don’t tell them you’re stopping them from knowing. So why was there this need to be so loud and proud about it? Unless this was, all along, about something else. About the need of someone to be seen to be helping a particular person. And back we go to Number One.

From the point of view of those who have been fighting Motsoeneng, there is actually a downside to his decision to back down so comprehensively. It would follow that once he had acceded to the High Court in Pretoria, he would have to back down in his fight with Icasa. It would be impossible to sustain an argument in one forum, when he has succumbed in another forum. But it does mean that the application to the Constitutional Court by the eight SABC journalists who were disciplined (and seven of whom were fired) for questioning the policy is now weakened. That application is based on several strong arguments. Chief among them was the idea that if the top court did not hear the case, the SABC would drag it out for years, and thus the public would be subject to this censorship for years to come. Now, that argument could well fall away. And as a result, we may never get a ruling from a court on the full aspects of the case.

Those with experience of the SABC, and Motsoeneng himself, will also know that the real test is not what is said in the lawyers’ letters written on behalf of the SABC to Icasa, but in what it actually does. Motsoeneng will have learnt that censorship is best done on the quiet. That means the organisations that monitor the SABC, Media Monitoring Africa, the Save Our SABC Coalition and others, will have a lot of work to do. And so do the journalists who come across this censorship, and are in a position to leak what’s happening to the rest of us.

All of that said, the SABC is now going to be a different place. Even if the seven fired journalists are returned to their posts immediately, how on earth will they continue to do their jobs on a daily basis, knowing that the top management wants them out. Transcripts of conversations in their legal application to the Constitutional Court show how Motsoeneng was determined that everyone should simply obey him. When you make live on-air decisions, confidence is everything. You would have to be more than human to have the necessary confidence now, after what’s happened.

It is surely obvious to everyone that the SABC cannot be fixed by just reinstating the journalists and rescinding this ban. An inquiry isn’t enough either. What’s needed is wholesale change, the appointment of people known to be independent in their work, and not scared of losing their jobs. The entire institution needs to be de-politicised. It starts with its structures, the way it’s accountable to the Communications Minister, the way its board is appointed, everything. And it’s probably not going to happen.

There are several easy lessons to learn from this saga. Motsoeneng has protection from on high. Muthambi is a disgrace and will never act against him, or against the interests of Number One. The ANC is losing control of certain aspects of society, which may indicate some distance between it and its leader. That the SABC is so important it will always be contested terrain.

But there are other lessons too. Civil society organisations will fight for the SABC, fight and sometimes win. Many of the corporation’s journalists will fight too, at great cost to themselves. And perhaps more interesting, the SACP, a party so often maligned (yes, in this publication, by this writer too) for being weak, useless and a roll-over for Zuma, has discovered its voice, its independence, and more important in politics, its balls.

Unfortunately, this crisis isn’t even the culmination of the fight over the SABC. It’s not even a climax. It’s just one small aspect of the much bigger crisis facing us all. We do not have leaders who behave in a properly accountable way. And when one person gets away with Nkandla, everyone is going to try it. Motsoeneng has simply succeeded, so far. And will probably continue to do so. DM