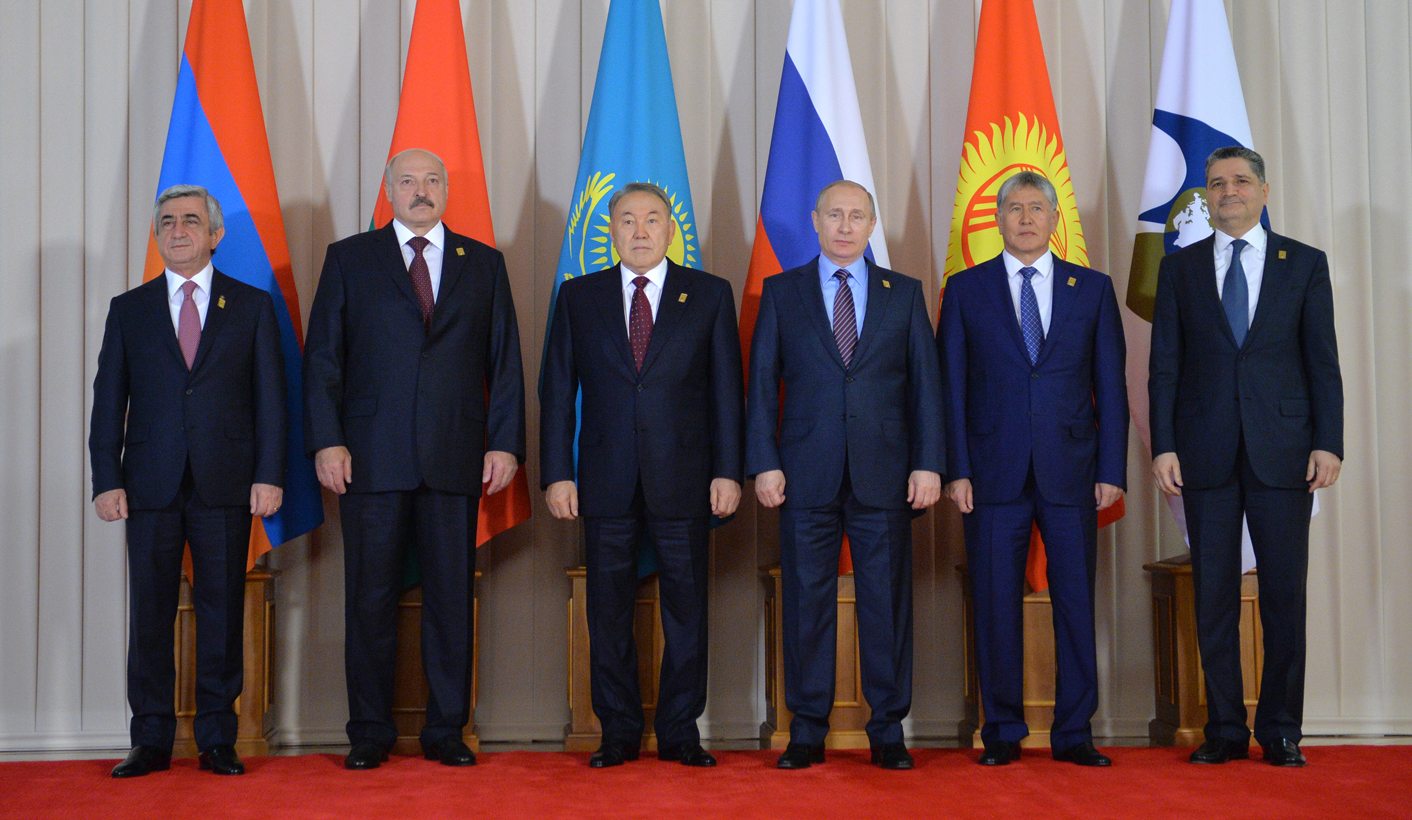 The Eurasian Economic Union (EEU), created in 2015 by Russia, Kazakhstan, Kyrgyzstan, Belarus and Armenia, claims to be the first successful post-Soviet initiative to overcome trade barriers and promote integration in a fragmented, under-developed region. Supporters argue that it could be a mechanism for dialogue with the European Union (EU) and other international partners. Critics portray a destabilising project that increases Russia’s domination of the region and limits its other members’ relations with the West. The EU views the project as a challenge to sovereign choices in its Eastern neighbourhood. By THE INTERNATIONAL CRISIS GROUP.

This report was first published by the International Crisis Group.

Positions hardened after Armenia’s 2013 departure from the Association Agreement with the EU, including the Deep and Comprehensive Free Trade area, and Russia’s annexation of Crimea.

On paper, the EEU is an economic, technocratic project that offers some benefits to members, particularly in easing cross-border trade and facilitating labour migration, but also poses economic risks by raising external tariffs and potentially orienting economies away from global markets. So far it has had little economic success, though access to Russia’s labour market has been an important motivator and, on balance, a positive outcome for struggling post-Soviet economies. Beset by trade disputes, sanctions regimes and a regional economic crisis, trade inside the EEU fell by 26 per cent in 2015. But optimists argue that the legal status of labour migrants within the bloc has improved, and there will be long-term gains from harmonising customs and trade rules.

The main political tensions around the EEU, however, stem from its role in regional politics. Russia views it not only as an economic grouping, but also as a mechanism to institutionalise influence over its neighbours and as a building block in a new international order. This raises tensions with members and has led to a clash with other integration drivers in the EU’s and Russia’s shared neighbourhood, specifically the EU’s Association Agreements, including a Deep and Comprehensive Free Trade area (AA/DCFTA). Moscow views these EU initiatives as encroachment into its sphere of influence. This clash between different regional projects contributed to the tensions and conflict in Ukraine in 2014, and while Moscow argued the AA/DCFTA was harmful for its economy, EU officials saw the concern as political, stressing that EU standards are not a burden even for EU companies when exporting to Russia or cooperating with Russian companies. Both sides view the other as a rival, but EEU member states other than Russia have sought to deepen their relationships with the EU where they can.

Closer economic integration within the EEU should make conflicts between members (for instance, between Russia and Kazakhstan) less likely. Easier cross-border trade and movement could reduce tensions in Central Asia. Yet, if Russia uses the EEU to dominate the region politically and as a platform for confrontation with the West, other members are likely to view the organisation as a threat to their independence. Rival economic partnerships – whether with the EU or China – would then look more attractive, potentially creating tensions in relations between EEU members and Moscow.

The EEU’s uncertain role and future and the standoff with Russia over Crimea and eastern Ukraine, make it difficult for the EU to develop a coherent policy toward it. Some Brussels officials and member states are opposed to any talks, fearing they would legitimise Russia’s policies toward its neighbours and cut across bilateral relations between the EU and Armenia, Kazakhstan, Kyrgyzstan and Belarus – all of which have experienced new momentum in the past year and a half. Others argue that EU engagement with the EEU is a possible channel for a breakthrough in relations with Russia, or at least that it could help build bridges, or even take pressure off countries in the Eastern neighbourhood and Central Asia, some of whom have complained about being trapped between Moscow and Brussels.

Political engagement between the two blocs is hardly realistic at present, in particular until conditions such as implementation of the Minsk Agreement on the Ukraine conflict are met. While Moscow has repeatedly expressed an interest in formalising relations, many in the EU have concerns that such a step would produce a substantively empty process with an appearance of normal relations but minimal substantive gains.

If approached with full awareness of the above risks, low-level technical talks between EU and EEU officials could, however, help inform future strategies and offer some pragmatic short-term gains, at least in terms of defining substance for future discussions.

Higher-level engagement, however, should only follow serious shifts in Russian policy, both in Ukraine and in relation to other regional states, and this is highly unlikely in the short-to-medium term. The EU would also have to consider whether recognition of the EEU would enhance or undermine the ability of smaller EEU member states to define their bilateral relationship with Brussels. DM