‘I am full of despair’: Burundian refugees tell their stories 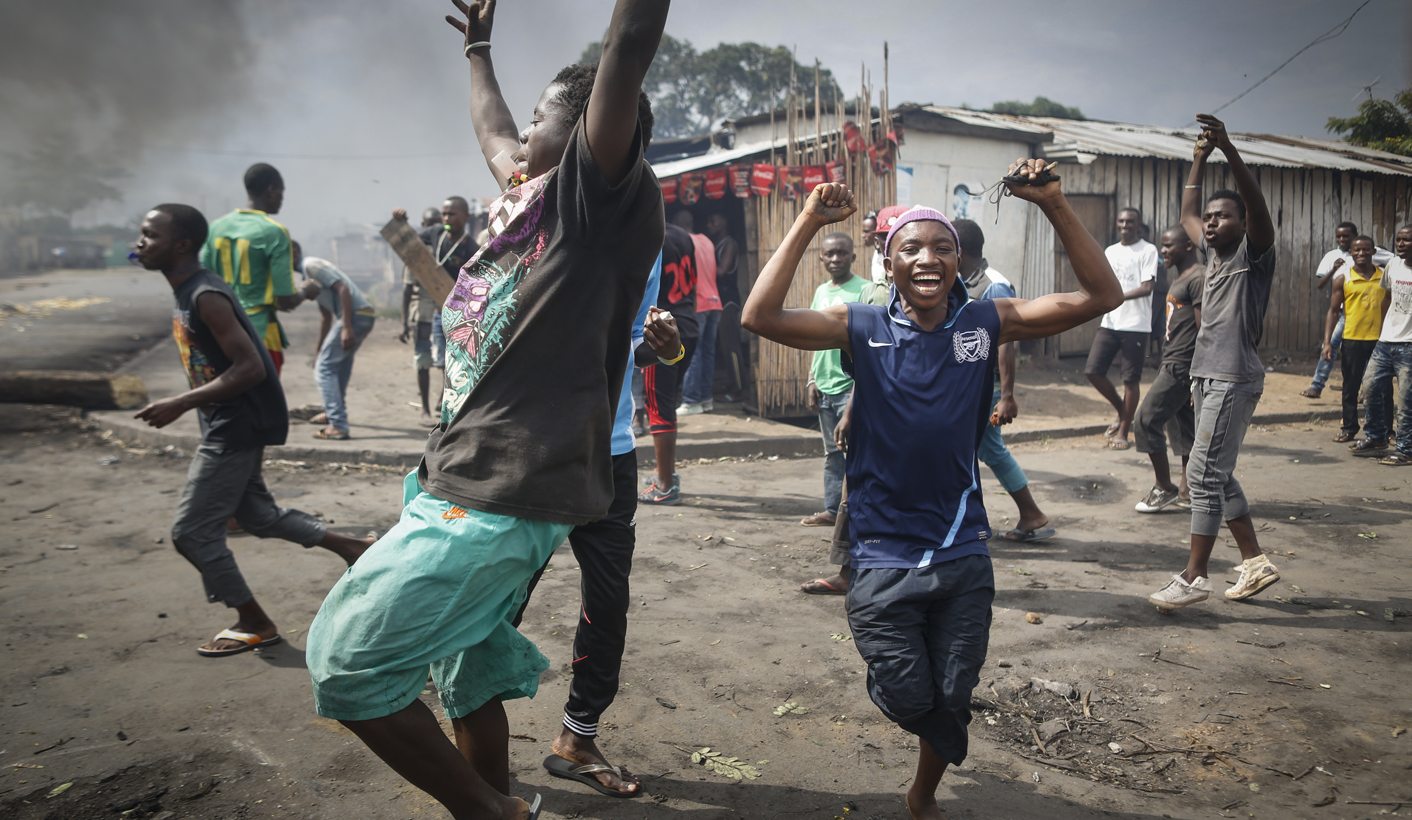 Since the latest outbreak of instability in Burundi, more than a quarter of a million citizens have fled the country – many for the second or third time. But life isn’t necessarily easier as a refugee. AMANDA SPERBER reports from Nyarugusu refugee camp in western Tanzania.

Domine Ndabazaniye has spent only three years in Burundi, the country of which she is a citizen. The rest of her life has been spent in refugee camps, safe harbours from the violence that plagued the tiny nation in the 1970s and for more than a decade from the ‘90s until the early 2000s. Her grandson is the product of rape. Ndabazaniye’s husband was killed in 1997. She says she thinks all men are the same: evil.

In the three years Ndabazaniye was in the country that is technically her home, her daughter was violated by the Imbonerakure, the rag-tag violent government support militia that has been muscling its way through Burundi, one of the poorest and smallest countries on the planet. After another political crisis erupted, Ndabazaniye took her children and grandson back across the border to Nyarugusu, a refugee camp in western Tanzania. Today the camp in which she stays is at three times its capacity. “I am full of despair. I have no hope. No expectation for life,” she said.

Burundi has a history of recurring political-ethnic conflicts that have scarred the population. The constant movement to refugee camps in Tanzania and Congo has left Burundians permanently unsettled and disconnected from one another; combined with targeted killings, this has created a thoroughly paranoid people.

“For many Burundians living in these camps, this is their second time in their lifetime living as a refugee  As a result, this population is particularly vulnerable to feelings of depression and hopelessness for their future,” explained Alex Wade, the Médecins Sans Frontières Field Co-ordinator of Nduta camp, where refugees from overcrowded Nyarugusu are being transferred.

Burundi has been twice reported to the UN for genocide after an inquiry into the bloody events in 1972 and 1993. A civil war that began in 1993 saw the death of approximately 300,000. The fight preceded the 1994 genocide in Burundi’s more well-known neighbour, Rwanda, and the bloodshed lasted much longer, ending only in 2006.

Though Ndabazaniye and her family were forcibly repatriated in 2012, Burundians began going back as early as 2005. There was no real peace: the government drew a clear distinction between those who had traitorously left and those who had loyally remained. The Imbonerakure did the government’s dirty work, threatening, torturing and killing. Disagreements over land rights between families split apart for years turned violent and people used the cover of national politics to sell each other out for personal gain.

William Nkuhi, a counselling psychologist at a clinic that serves the Burundian population at Nyarugusu camp, says that the most common psychological problems he sees are depression, psychosis, anxiety and post-traumatic stress disorder. Rape and sexual assault are also rampant.

“Starting in 2005 through 2012 when many Burundian refugees living in Tanzania returned, they struggled to make this place where they hadn’t lived for 20 or even 40 years ‘home’. This was made harder when, as was often the case, neighbours threatened to kill returnees for fear that those returning would try and take back land that was occupied during the war,” explained Stephanie Schwartz, a PhD Candidate at Columbia University studying migration in civil wars. “So many of the people currently living in Nyarugusu feel that they belong nowhere, have no home, no nation, and no potential future. This desperation impacts many refugees’ mental health and likely contributes to the alcohol abuse seen in the camps.”

“You live with people but they don’t trust you. One day they might attack you and kill you,” explained Alain (name changed) of life in Burundi. Alain came to Tanzania in late June. He sleeps on the ground in a small men’s shelter at immigration, getting processed before being transferred to Nduta or Mtendeli camps. Nyarugusu is too full. He does a lot of sleeping – there’s not much else to pass the time.

It took President Pierre Nkurunziza’s decision to run for a third term in the spring of 2015 (much of the country says he is breaking the mandate that allows for two terms, he says the first term doesn’t count because he was elected by a transitional government in the wake of the 2006 circus) to bring unresolved issues in Burundi to the fore. Hundreds were killed in street fights after the decision was publicised.

People like Ndabazaniye got out immediately. In December, satellite imagery led Amnesty International to what appear to be mass graves. Today refugees in Tanzania use the number 10 to approximate the deaths per day – not enough to raise a fuss, but enough to keep you on your toes.

Alain received regular threats from the Imbonerakure, accusing him of being a “thief” (coded language, an easy accusation to make against anyone they dislike). They set one of his friends on fire and burnt him to death.

Jean (name changed) crossed the border along with Alain. He said his friends encouraged him to join the government party, the Conseil National Pour la Défense de la Démocratie (CNDD). He thought they were joking until his shop was burnt down. Later he was told that if he didn’t join the CNDD he would “live in trouble”. That’s when he decided to go.

Everyone has a story like this. It could drive you crazy.

Ndabazaniye doesn’t want her six children or grandson to have the life that she has, but doesn’t see how things might improve for them. Ndabazaniye “experiences much pain” when she thinks about her daughter, who still bleeds a lot even years after the rape. Ndabazaniye is scared that what happened in Burundi could happen in Tanzania. She is frightened at night and sleep doesn’t come, especially if the wind rustles her tent. DM

Amanda Sperber (@hysperbole) is an East Africa based foreign correspondent. She writes for Foreign Policy, Al Jazeera English, VICE, The Guardian and other outlets.

Photo: Burundian protesters react in joy after pushing back police officers during an anti-government demonstration in the capital Bujumbura, Burundi, 22 May 2015. More than 105,000 Burundians have fled the country to seek refuge in neighbouring countries such as Rwanda, DR Congo, and Tanzania, says the United Nations refugee agency. EPA/DAI KUROKAWA