The agony and the ecstasy: Luminous cast bring play about mental illness hauntingly to life 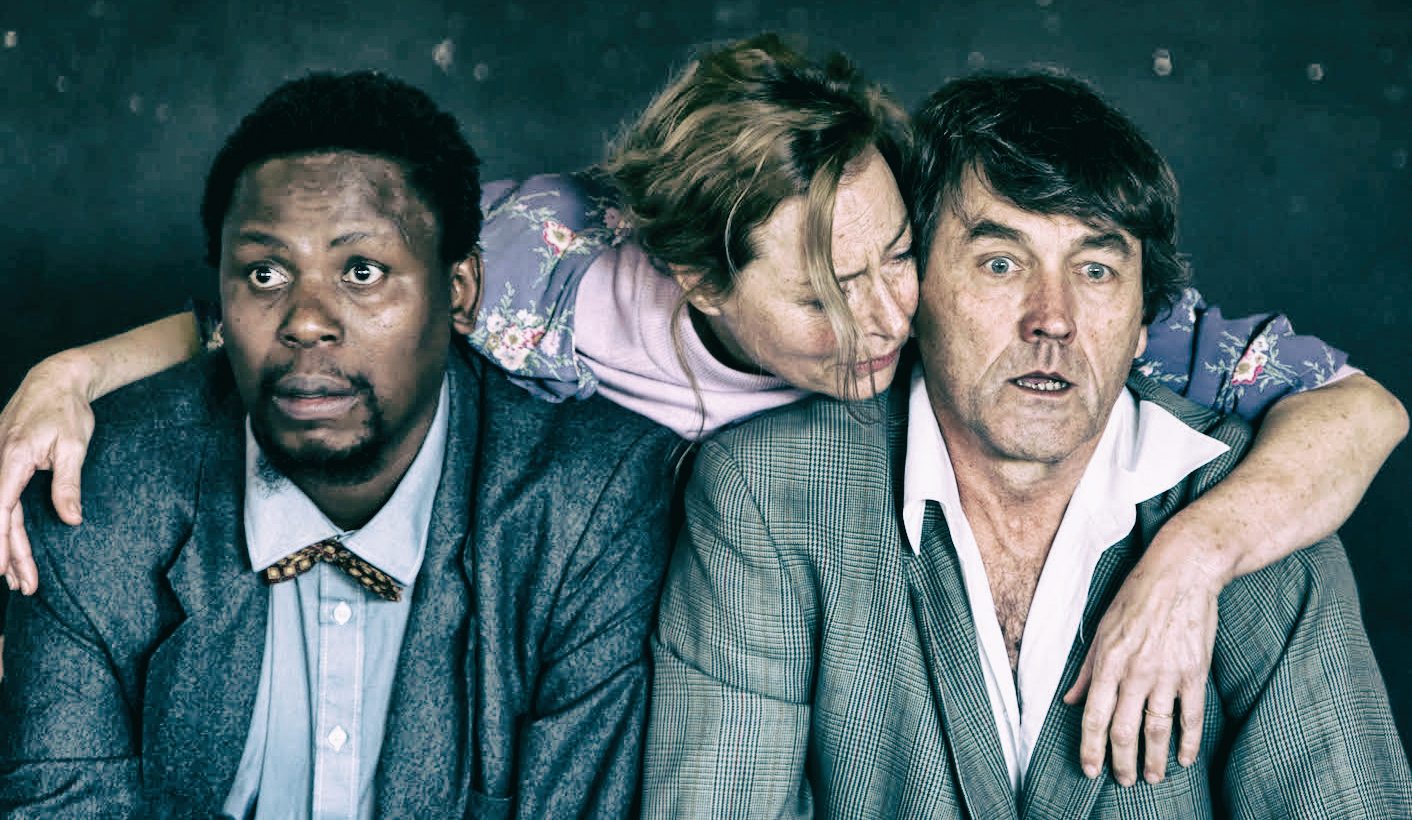 While Lara Foot is undoubtedly a deeply political playwright, director and theatre maker, her latest work, The Inconvenience of Wings, offers a fractured and intimately personal glimpse into the life of a woman tormented by bipolar disorder and how it affects those in her destructive orbit. Foot, one of the country’s most significant contemporary writers, was the Featured Artist at this year’s National Festival of the Arts where a trilogy her work was showcased. It has now transferred to Cape Town. By MARIANNE THAMM.

Lara Foot’s The Inconvenience of Wings arrives in her current home town, Cape Town, on a tide of high praise from critics as well as reports of standing ovations at almost every performance. It is a work that Foot, between running the Baxter Theatre as its director and CEO as well as crafting several other stage plays, has mulled over for about seven years.

It matters not why Foot has opted to create a work around a woman, Sara (Jennifer Steyn), living with the corrosive effects of bipolar disorder and a concomitant addiction to whatever pharmaceuticals will offer temporary relief. Bipolar disorder, once known as manic depression, is a condition not only unbearable and hellish for the sufferer, but also those who surround and love them – the angels (those with the wings – an oblique reference in the title of the play to a Gabriel Garcia Marquez short story, A Very Old Man with Enormous Wings).

In this instance the wannabe angel is Paul (Andrew Buckland), Sara’s husband. Their friend, psychiatrist Professor James (Mncedisi Shabangu), is not so much a celestial being but a very solid but not unwilling party to the chaos. And while this trinity is embodied on the stage, present in their absence are Sara and Paul’s son and daughter who, like the audience, are witnesses to the unfolding tragedy.

We can try to search for deeper traction as to why Foot has chosen to focus on bipolar disorder and addiction. It is a mental affliction that has driven many to great highs and lows. Some of the world’s greatest creative minds were thought to be held in its unpredictable embrace including Beethoven, Vincent Van Gogh and Emily Dickinson.

Several years ago author Mark Gevisser likened South Africa’s mood swings – despair at whatever to elation at something else, usually around sporting events – to a sort of collective bipolar disorder. When we are not stricken with gloom, we are brimming with positive energy and light. So perhaps then the subject matter does reflect the broader society in which Foot finds herself as a writer.

But it is clearly a subject close to Foot’s heart and mind and which exists somewhere under her skin. It is a brave writer prepared to plumb these depths and in this task Foot was aided, she says in her director’s note, by Oliver Sacks’ An Anthropologist on Mars, Kay Redfield Jamison’s An Unquiet Mind and Abraham J Twerski’s Addictive Thinking. Foot also thanks psychiatrist Dr Sean Baumann “for many hours of long conversation”.

Much has been written about the space – the set – that contains this play and the other layers that enliven and animate the literate and poetic text. But we’re dealing with old theatre pros – the 20 or so people who collectively worked to bring this all to life – so everything in, on and around the raked stage in the intimate Baxter studio holds meaning.

Theatre is a magnificently collective effort and everyone involved in bringing this tortured landscape to life has contributed, like a little god, to its rich fullness and depth.

There is Patrick Curtis’ nauseating and oppressive olive green undecorated set, its looming walls set with deep recesses which serve to trap the actors when they are not required to be caught up in the tangled emotional, physical, spiritual and mental net cast across the stage.

Mannie Manim’s lighting which traps the mood, showering the space with mock sunlight when Sara is up and reducing it to a single beam when the light is snuffed out by the noise in her head.

There is Philip Miller’s score and Birrie le Roux’s costumes (which serve to stake out where and when the action takes place – for it takes place in reverse, like Pinter’s Betrayal).

And then there is the luminosity of Andrew Buckland and Jennifer Steyn locked in their embrace, a dance of mutual dependence and destruction. They move, thanks to Grant van Ster’s muscular choreography, as a singular organism on the stage. When Professor James steps into the ring of insanity, he too must becomes an extra limb, a muscle.

The play is set in South Africa (it begins in 1995 and ends in 1961) but its geography and politics are more of an aside. The unlikely friendship between Paul and Sara and Professor James, a man who finds himself isolated and living in a white area at the height of apartheid, might seem implausible but it works. The world outside of this oppressive personal space is, Foot seems to be telling us, as violent, as beguiling, as repulsive and as glorious.

Buckland and Steyn are physical actors. Their bodies are landscapes for Foot’s text and they bring it remarkably and vividly to life in generous and literally nakedly raw performances. Shabangu too holds a solid centre as his friends spin out of control. In the end he is the only one left who has not lost his mind. Or maybe he has.

This is not a play about a mental illness. It is a play about love, friendship, mutual dependence and loyalty. The 90 minutes that the cast occupies the stage, for that is what they do, pass by in an instant. Days later though, you will still find aspects of this unusual but powerful production flickering to life. DM

The Inconvenience of Wings is on at the Baxter Studio until 13 August.

Photo: Mncedisi Shabangu, Jennifer Steyn and Andrew Buckland in a scene from The Inconvenience of Wings. Photo Oscar O’Ryan