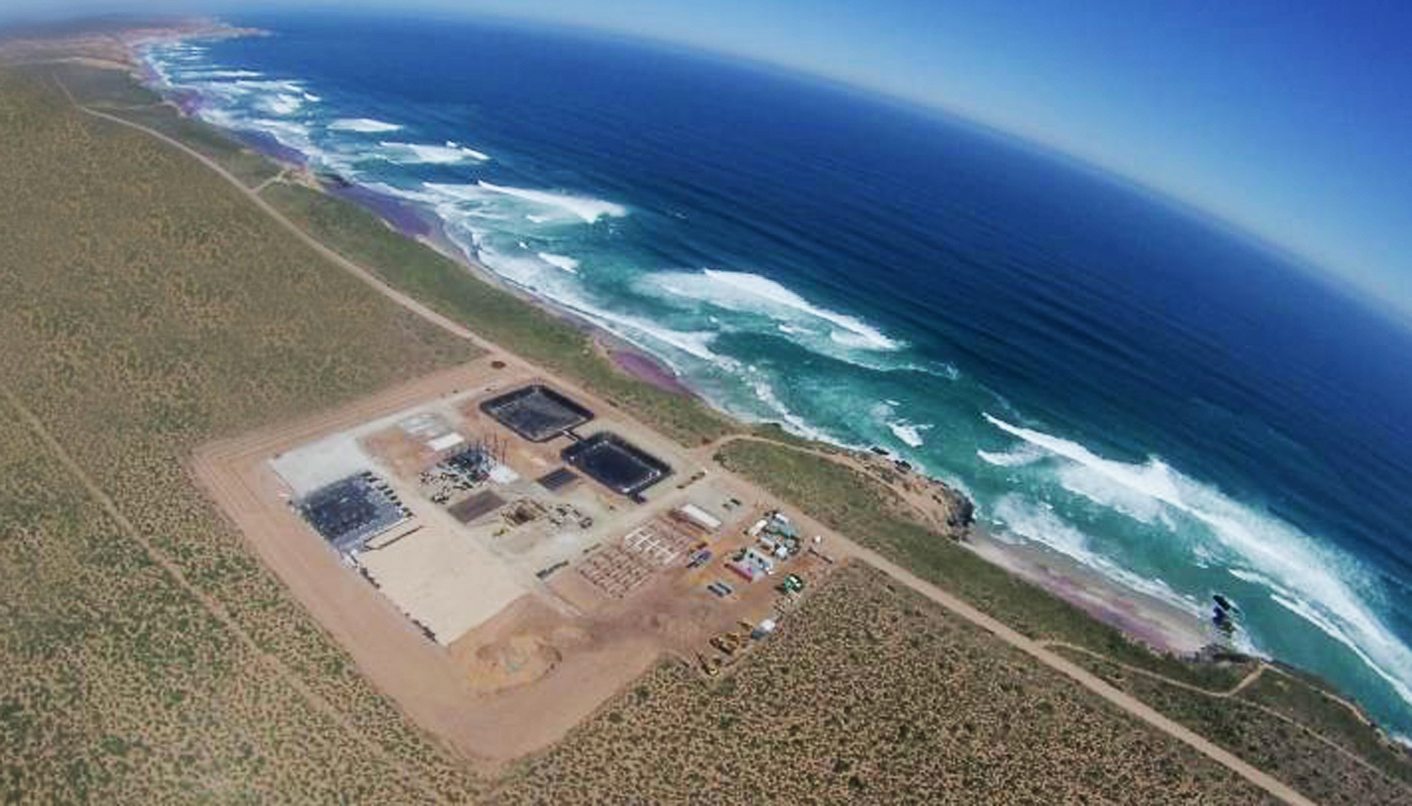 In a sign that the official tide may be turning against the Tormin dune mine on the West Coast, the national environmental affairs department has launched an investigation of the mine’s controversial environmental practices. By KHONANI ONTEBETSE for AMABHUNGANE.

The above is revealed in a letter by environment affairs minister Edna Molewa, which says Tormin’s conduct “is allegedly causing significant impacts to the coastal environment and affecting the nearby community”.

The company generally declines to react to criticism. However, when contacted for comment on the latest developments, the company’s public relations consultant, Anne Dunn, said: “The allegations are false. Tormin … operates within the regulations.”

And in another blow to the mine, the department of mineral affairs (DMR) has rejected its application to extend its prospecting activities by more than 20km along the coastline, citing environmental transgressions.

The company has appealed against the decision.

The Australian-owned Tormin mine, close to the town of Vredendal, has repeatedly been accused of flouting labour and environmental laws, including expanding the mine without permission, mining in conservation areas, extracting garnet in breach of the environmental management plan, and causing a “catastrophic” cliff collapse.

In the past, environmentalists have complained that the DMR has failed to act on a string of objections and a formal appeal. The department took over environmental enforcement in the mining sector from environmental affairs last year.

Tormin is owned by Australian-listed Mineral Sand Resources (MSR), whose South African subsidiary is also locked in a battle over proposed dune mining with the Xolobeni community on the Wild Coast.

In a letter to the Cape Town-based Centre for Environmental Rights (CER) in May this year, which amaBhungane has seen, Molewa reveals that Western Cape MEC Anton Bredell has referred the allegations against Tormin to the national environmental affairs department, which is taking them “very seriously”.

She adds that the department “has already commenced an investigation into the matter, which will include engaging with the department of mineral resources”.

Environment department spokesperson Albi Modise said that based on complaints received, the authorities have made preliminary findings on whether Tormin has complied with the environmental authorisation it received in July 2012. He did not give details.

However, he was at pains to point out that DMR is the lead department. The environmental authorities are “discussing the way forward” with the DMR; their role “would be to support any intervention by DMR if required”.

Last year the head of the CER’s mining section, Catherine Horsfield, called on Bredell to issue a coastal protection notice to the company prohibiting further mining in the “sensitive” area around Tormin.

Alternatively, Horsfield suggested a postponement of mining so that the impact of mining activities could be probed in terms of the National Environmental Management Act.

Horsfield said the mine has been the subject of numerous complaints by community members.

“There is ongoing concern regarding environmental degradation … including … that the cliff face is collapsing and that MSR expanded its operations significantly without any assessment of the environmental impacts,” she said.

“In various correspondence made available to us, it is clear that the findings of provincial environmental affairs department found that Tormin unlawfully expanded the area used by its processing plant without environmental authorisation.”

At the time, the DMR disputed these findings. Horsfield cited a letter from a DMR official dated 21 May last year arguing that the company’s five-year environmental authorisation was still valid and that it did not require additional permission to expand its footprint.

She said this interpretation of the law was “patently incorrect”.

However, the DMR’s refusal to extend Tormin’s prospecting area suggests there has been a rethink – perhaps following its engagement with the environmental authorities.

In a letter to the company dated June 1, the department’s Western Cape regional manager, Duduzile Kunene, says she is “not satisfied” with the way the environmental impact assessment and the public participation process were handled.

In its appeal, the company denies the allegations. Among other things, it argues that the proposed area is not sensitive, saying that mining is already taking place there. DM

Photo: Aerial view of Tormin mine on the West Coast. Photo from Tormin promotional video.