Into Devil’s Wood: Where poppies grow and South African men came to die 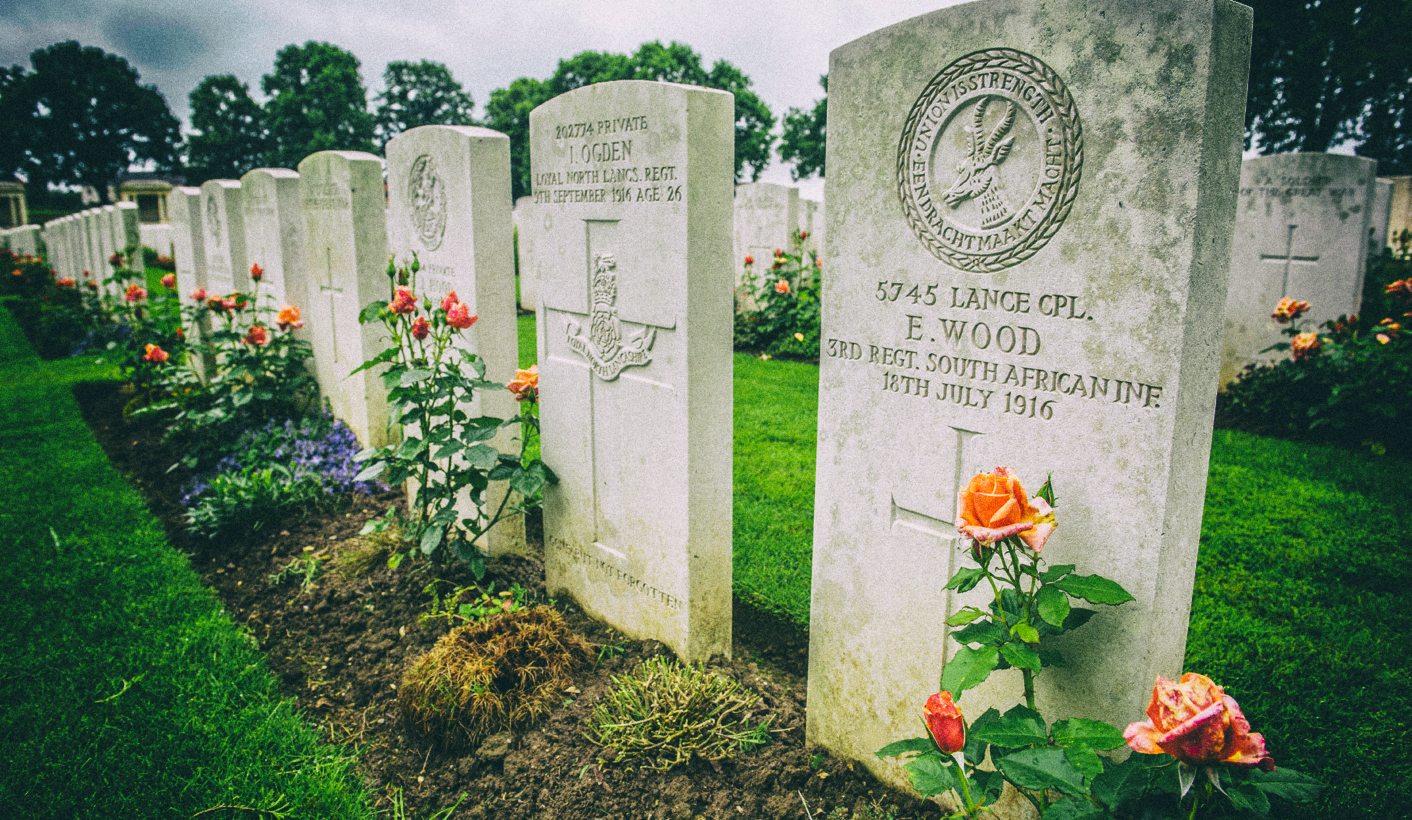 The heroic South African action at Delville Wood in France 100 years ago this month was a bloody yet pointless battle, writes JUSTIN FOX.

The site of the tragic Delville Wood episode of the Battle of the Somme is a powerful and affecting place.

I could almost hear the tap-tap-tap of machine-gun rounds clipping through the undergrowth as I walked there last month, the air twittering with larks, and all around me, the peaceful forest of oak and birch trees, replanted after the war by the South African government. I thought of the many soldiers who had fallen there a century ago, men remembered in the Herbert Baker memorial, one of the most beautiful of its kind, framed by an avenue of oaks.

In July 1916, it was a harrowing scene, the trees shredded to mere stumps as German artillery shells fell upon them.

The battle was part of the greater Somme offensive in north-western France, bloody and heroic, but an exercise in futility.

General Douglas Haig, commander of the British Expeditionary Force, had wanted to take the German position between Delville Wood and Bazentin le Petit.

The 1st South African Infantry Brigade attacked and captured the wood on July 15. However, the position formed a salient, which could be shelled by German artillery from three sides. The South Africans tenaciously held onto the wood over the ensuing days at enormous cost.

The soldiers tried to dig in around the fringe of the forest, forming strong points supported by machine guns. They had brought along spades, but hacking through roots and trunks made it impossible to dig proper trenches and only shallow holes could be prepared before the enemy retaliated.

On that first night, high-explosive and gas shells rained down on them and the Germans counterattacked at midnight with orders to recapture the wood at all costs. The battle went to and fro over the coming days. There was terrible hand-to-hand fighting. The South Africans could no longer hold a continuous line, many of them being split into small groups without mutual support, and fighting to the last man. The brigade was cut off, short of water, without food and unable to evacuate its wounded. Some groups were forced to surrender when they ran out of ammunition.

On the afternoon of July 18, the fresh Branderberger Regiment attacked the South Africans. A German officer was later to write: “Delville Wood had disintegrated into a shattered wasteland of shattered trees, charred and burning stumps, craters thick with mud and blood, and corpses, corpses everywhere. In places they were piled four deep. Worst of all was the lowing of the wounded. It sounded like a cattle ring at the spring fair.”

The South Africans were eventually relieved on July 20. Lieutenant-Colonel Thackeray marched them out of the wood, leading two wounded officers and 140 other ranks, the last remnant of the Brigade.

Bagpiper Sandy Grieve of the Black Watch, who’d fought against the Boers in the Battle of Magersfontein in 1899, played the South Africans out.

After the war, Delville Wood was purchased by Sir Percy Fitzpatrick, politician and author of Jock of the Bushveld, and gifted to South Africa. This was followed by the customary French policy of repurchasing the land for one franc and bequeathing it to South Africa in perpetuity for commemoration purposes.

On my visit last month, I came to the end of the oak avenue and stood before the dark memorial. It consists of a half-moon stone screen embracing a grand archway. On top stands a bronze statue by Alfred Turner of two men and a war horse. The inscription, in English and Afrikaans, reads: “Their ideal is our legacy. Their sacrifice our inspiration.”

The memorial was unveiled by the widow of General Louis Botha on October 10, 1926. Also present were Prime Minister General JBM Hertzog, Percy Fitzpatrick and Field-Marshal Earl Haig. The site was dedicated to the memory of all members of the South African Overseas Expeditionary Force who died in World War I. About 229,000 officers and men served in our forces during that war. Of these, about 10,000 were killed. Their names are recorded in a memorial register in the adjacent museum, built in the shape of Cape Town’s Castle of Good Hope.

Photo: The main commemoration events for the Somme battle of Delville Wood were on Sunday, 17 July 2016, in the Company’s Garden, Cape Town. (Justin Fox)

As it began to rain, I walked among the endless rows of South African dead, poppies poking their bloody heads above the surrounding fields of wheat. I knelt before one of the gravestones, which bore the etched head of a springbok and the simple inscription: “A South African Soldier of the Great War” – one of the unknown troops who fell in this wood. I looked at the lines of graves, laid out in perfect regimented ranks, and thought of the terrible futility of it all. So many, so young. And for what? DM

Justin Fox, author of several books, including The Impossible Five: In Search of South Africa’s Most Elusive Mammals, was hosted by Trafalgar Tours, which runs regular visits to the battlefields of Europe, web www.trafalgar.com.