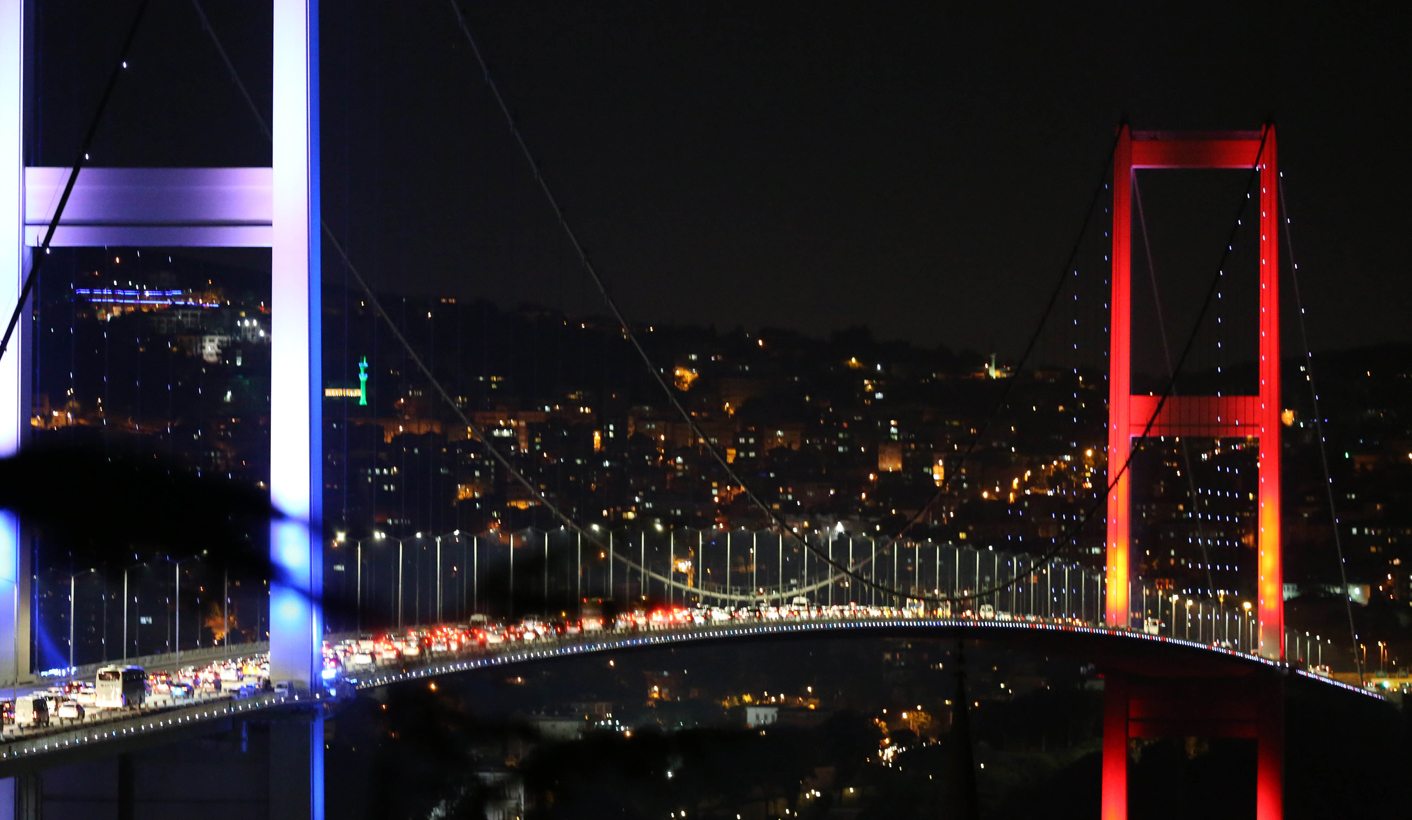 Turkish troops launched a coup Friday, with soldiers taking to the streets of Ankara and Istanbul as President Recep Tayyip Erdogan vowed the putschists would pay a "very heavy price". by Fulya Ozerkan with Stuart Williams in Istanbul. By AFP.

Jets screeched low overhead in the capital, while citizens rushed for the safety of their homes.

AFP correspondents reported a strong explosion in Ankara just before 1:00 am (2200 GMT), though it was not immediately clear what caused the blast.

Turkey’s top general Hulusi Akar was taken hostage at the military headquarters in the capital Ankara after the attempt to bring down the government, the state-run Anadolu news agency reported.

State broadcaster TRT said the military had declared martial law and a curfew, in a statement signed by a group calling itself the “Council for Peace in the Homeland”.

“The power in the country has been seized in its entirety,” said a military statement quoted by Turkish media.

It said the coup had been launched “to ensure and restore constitutional order, democracy, human rights and freedoms and let the supremacy of the law in the country prevail, to restore order which was disrupted”.

“All our international agreements and commitments retain their validity,” the statement added.

“We hope our good relations will continue with all countries in the world.”

Erdogan, speaking from what a presidential source said was a secure location, urged people to take to the streets to resist the coup.

“I certainly believe that coup plotters will not succeed,” he said, speaking on a mobile phone via FaceTime in his first reaction to the move by the Turkish armed forces.

“I urge the Turkish people to convene at public squares and airports. I never believed in a power higher than the power of the people.”

Erdogan said he was still president and Turkey’s commander in chief, promising that plotters would pay a “very heavy price”.

It was earlier reported that the president was on vacation in the Mediterranean resort of Marmaris.

Television pictures showed tanks deployed outside Ataturk airport in Istanbul. Reports said that flights into the airport had been halted.

US President Barack Obama has been briefed, with US National Security Council spokesman Ned Price saying: “The president’s national security team has apprised him of the unfolding situation in Turkey.”

The EU called for “restraint and respect for democratic institutions” in Turkey.

Neighbouring Greece said it was following the situation closely.

Turkey has a history of coups, with governments ousted on three occasions by full military coups since 1960.

However, analysts had usually assumed that Erdogan’s ruling Justice and Development Party (AKP) had good relations with the military.

Earlier on Friday, security forces had partially shut down the two bridges across the Bosphorus Strait in Istanbul as military jets were heard flying low over Ankara, reports and AFP correspondents said.

The Bosphorus and Fatih bridges were closed by the gendarmerie — a branch of the Turkish military dedicated to internal security — for traffic travelling from Asia to Europe, NTV television said.

AFP correspondents said that Istanbul had been turned into a ghost town after the events, with people who had been outside for a Friday night rushing home for safety.

But some on the streets were hailing news of the coup.

“We have hope now,” he added. “Turkey has been in a very polarised state for almost 15 years now… This is the manifestation of all that anger.”

Rojhat Dogru, a Turkish Kurd on holiday in Istanbul, added: “I am very happy. Erdogan is a murderer but now he is dead.”

Reactions were swiftly pouring in from around the world, with Russian Foreign Minister Sergei Lavrov calling on Turkey to avoid all “bloodshed”.

“Problems in Turkey need to be resolved in accordance with the constitution,” Lavrov said, speaking in Moscow at a joint press conference with US Secretary of State John Kerry.

The US diplomat said he hoped for “peace and continuity” in Turkey, while a Greek government source said Prime Minister Alexis Tsipras had been “briefed by the head of secret services” about the developments. DM