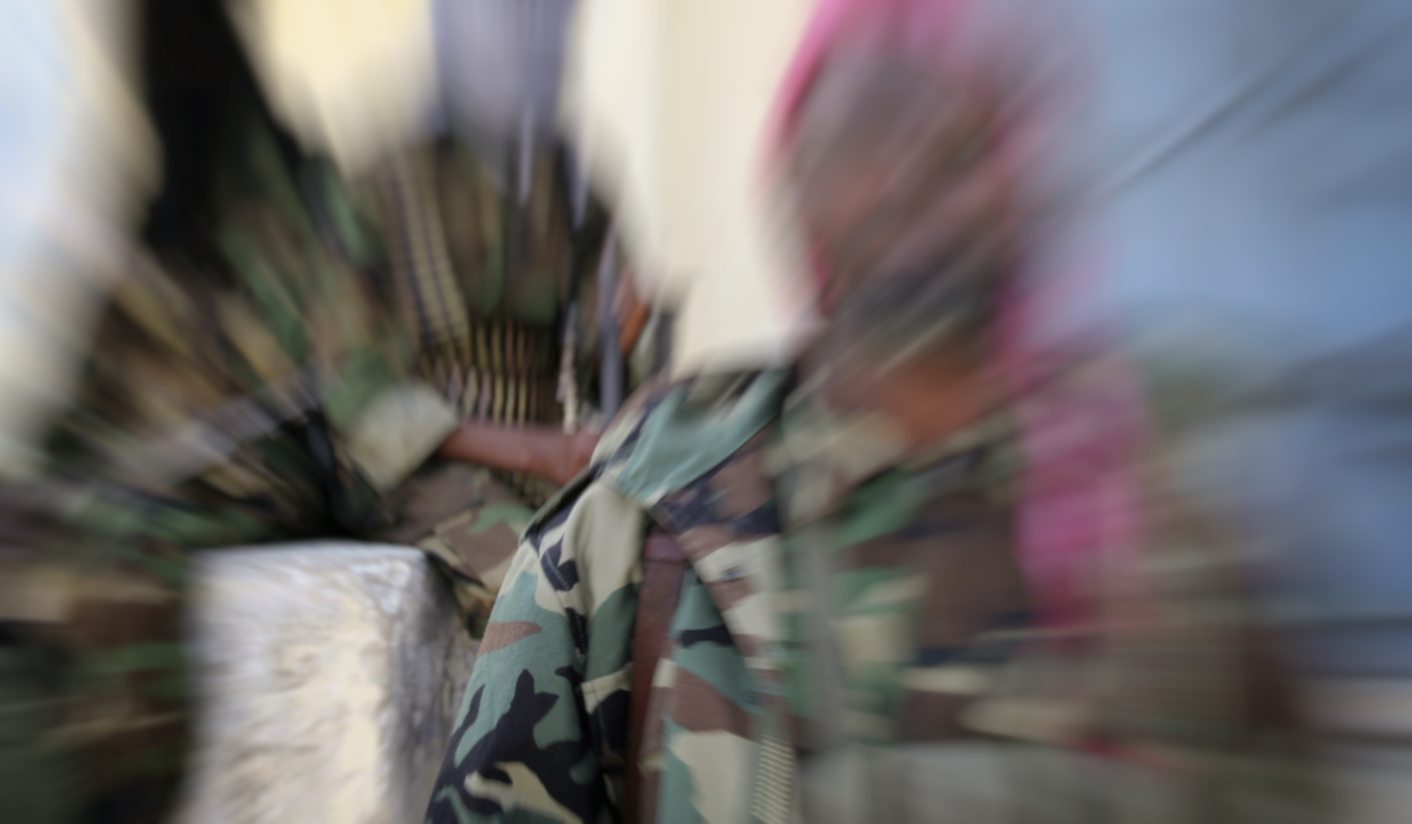 A number of police officers were killed in a suspected Al-Shabaab attack in Kenya on Thursday morning, including a Kapenguria Officer Commanding Station. By NJERI KIMANI

The attacker is believed to be holding an unconfirmed number of hostages including police officers and inmates in the cells.

West Pokot County Commissioner Wilson Wanyanga said the suspect, Omar Okwaki Eumod, was arrested on Wednesday from Nakwijit area in North Pokot on suspicion of being a member of the Al-Shabaab terror group and was slated to appear before court on Thursday morning.

He is said to have been planning his escape from the cells before he seized a riffle from one of the officers.

It is alleged that when one of the police officers opened the cells to take in more suspects, Omar snatched the officer’s gun and shot him dead before turning the gun to other police officers who had responded to the distress call and the gun shots.

He had earlier on been accused of recruiting youth from the region into the militia group.

Over 100 police officers have been deployed to reinforce security, with the Hostage Rescue Team being sent there by the Inspector General of Police Joseph Boinett.

A helicopter carrying nine elite General Service Unit (GSU) Recce Company has been dispatched by Boinett in Kapenguria in efforts to subdue the gunman.

The attacker was killed Thursday afternoon. Unconfirmed reports claim that he was originally helped by a radicalised Kenyan police officer.

In a similar attack in Lamu this morning, an Al-Shabaab terrorist was killed while several police officers minor injuries when a gang of about 20 gunmen attacked a security camp in the area.

“We however managed to recover an AK-47 rifle and three magazines full of ammunition as the terrorists fled when they realised they had been overpowered by the police,” said Adan.

Adan claimed that the militia group was armed with rocket-propelled grenades, attempted to force their way into the camp with the intention of bombing it.

“They were also shooting randomly at the camp. We have, however, managed to keep the situation under control and we are currently on high alert as we have officers from the Kenya Defense Forces (KDF), the various police units including the RDU, GSU, and Border Patrol Police Unit have come to help boost the security,” he added.

This is the third time Al-Shabaab has attempted to attack the camp, with police intelligence reports indicating that the terrorists want to steal arms for their own use.

The reports indicate that the militia wants to destroy the camp as it was built at the heart of the route they initially relied on to cross into the country from Somalia.

In June, 14 GSU officers on Sunday escaped death when a homemade bomb believed to have been planted by the Al-Shabaab militants blew up near their armored personnel carrier at Baure in Lamu East.

The explosive device had been planted on the road by militia only three kilometers from the Baure military camp.

The officers were heading from Kiunga to Hindi when they were attacked.

No one was injured.

The government had launched a campaign in September 11, 2015 aimed at flushing out Al-Shabaab militants who were believed to be hiding in the Boni forest.

In June, KDF soldiers killed four militants in a gunfight in Baure area in Lamu.

Over 30 militants had attempted to access the camp and steal their armour.

In the same month, the militia ambushed two police vehicles heading to Arabia but fled after they were overwhelmed by police.

Five police officers were also killed in the same month after Al-Shabaab militants attacked their vehicle using a rocket-propelled grenade in the incident that happened between Kutulo and Chuma Mrefu area in Mandera.

The officers, who were escorting a bus from Mandera to Wajir, were ambushed by the shabaab militants.

Security Expert Richard Tutah said the attack on the police station was meant to send a warning to both the public and the government officials.

Tutah said attacks on police stations in Kenya has become an increased trend especially in the last year.

“Their intention is to create a panic nation by showing the public that their government cannot stop them while at the same time try to make Kenyans pressure the government to pass policies that are friendlier for terrorist,” said Tutah in an interview on Thursday.

Tutah pointed out that the terrorists must have spotted a soft spot in the system.

“Most police stations in Kenya do not even have fences and are only manned by two officers. Terrorists have discovered their weakness and I’m afraid the situation might get worse if there is no overhaul in the system,” he added. DM