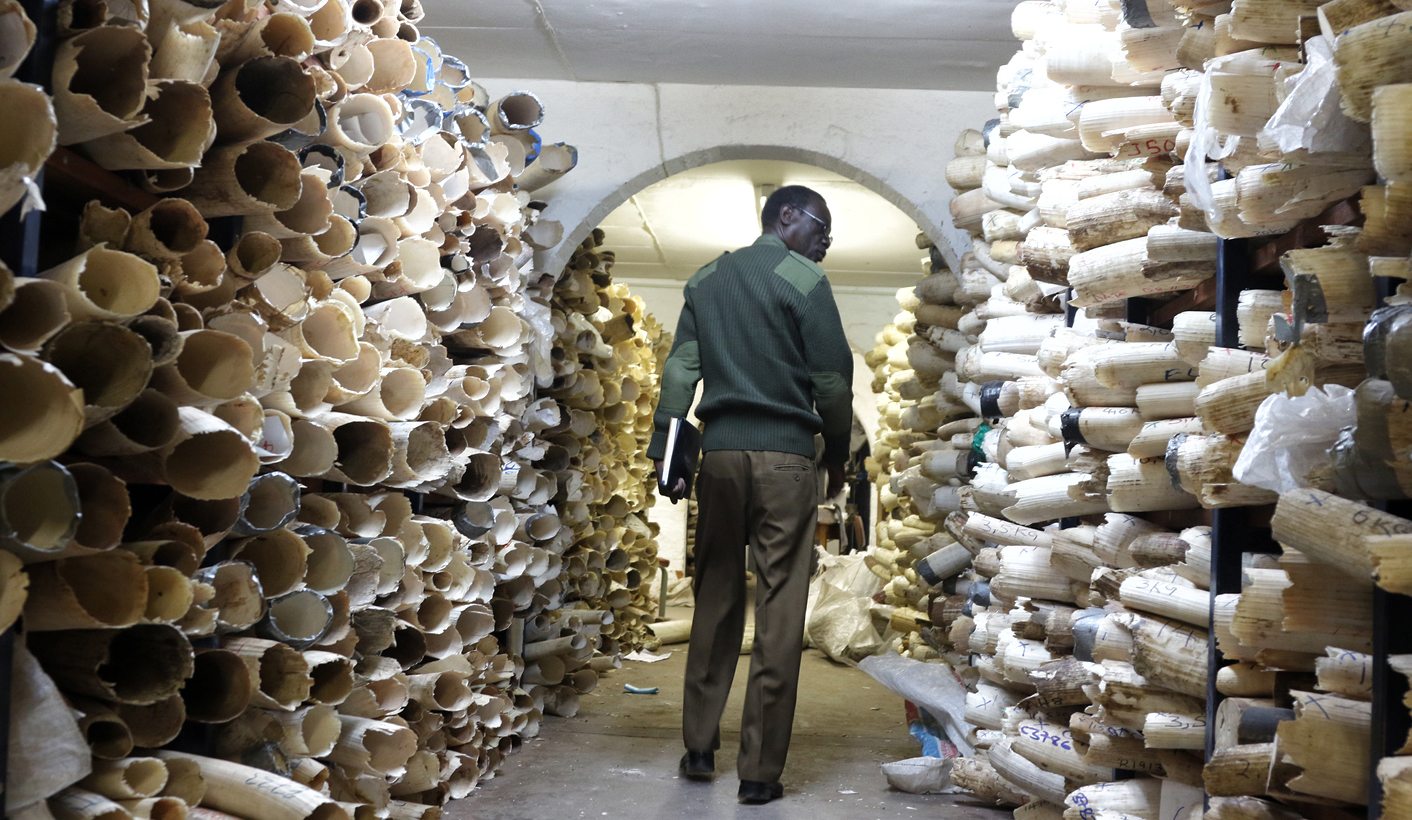 South Africa, Zimbabwe and Namibia are seeking to overturn a UN ban on ivory trade. If they succeed, it could spell the end for elephants. By DON PINNOCK.

A United Nations ban on the international trade in ivory will be under attack by South Africa, Zimbabwe and Namibia at the Convention on International Trade in Endangered Species (CITES) meeting in Johannesburg in October.

In a document submitted to CITES, the three countries say that if trade is not permitted, they will seek to nullify the ban on the principle that CITES failed to act on its mandate to investigate the matter.

Were they to succeed, according to Ross Harvey, a researcher at the South African Institute of International Affairs specialising in wildlife trade, it would be a disaster for elephants.

In a peer-reviewed paper published in the latest edition of Politikon, he says that if selling stockpiled ivory into the world market is permitted but fails to reduce the price – and it is likely to fail – it will increase demand and hasten the extinction of elephants.

Harvey insists there is insufficient data on both supply and demand dynamics to warrant an experiment in legalising trade. Doing so could decimate elephant populations that are already at risk.

Around 434,000 elephants remain in Africa, most of them in Southern Africa – down from around 1.3 million in the mid-20th century because of massive poaching.

Proponents of trade insist that the 1989 trade ban promoted poaching and that an alternative solution is required. They claim a formal legal trade would increase the supply of ivory into the market, reducing its price and crowding out illegal competitors. This would disincentivise poaching.

Opponents of trade say that the two ‘one-off’ sales permitted by CITES triggered an insatiable consumer demand in Asia for ivory. With rising prosperity in China, legal stockpiles could not supply the demand and poaching would continue.

According to a number of studies, legal trade stimulates poaching, leading to ever reducing numbers, though there remains some controversy over the exact channels through which this relationship works. Harvey analysed poaching seizure rates following the ‘one-off’ sale in 2008 and found that by 2009 they had risen by 75% and that by 2014 the death rate “exceeded the growth capacity of the species.”

During this period no changes were made in policing in Africa or Asia, so the increase could not be credited to greater detection successes, just to greater illegal ivory movement.

What the one-off sale signaled to the market, says Harvey, was that ivory was once again a legitimate purchase. The legal sale removed the stigma effect that may have accompanied the ban. This strengthened the link between the legal and illicit market by providing opportunities to launder blood ivory.

“Legalising supply will therefore simply reduce the costs and barriers to market entry for illegal suppliers. For example the Chinese government’s marketing campaign in 2008 and 2009 to enshrine ivory carving as an official Intangible Cultural Heritage led to a perfect storm of elephant poaching.”

There is no empirical evidence, he says, to support the view that stockpile sales would ever be able to flood the market to such an extent as to drive down ivory prices. Because CITES does not regulate trade in the products of extinct species, dealers are stockpiling ivory as a profit-maximising strategy. If elephants become extinct ivory will fetch exorbitant prices.

Because of this, and because it will always be cheaper to poach than raise elephants and wait for them to die before selling their tusks, trade in ivory is unlikely to stop poaching.

A further problem, he says, is that governments do not have the capacity to distinguish between legal and poached ivory. And if confiscated ivory was sold to support conservation, park officials would have a strong incentive to confiscate poached ivory rather than prevent elephant killing.

Harvey also points to the anomaly of a Central Ivory Selling Organisation that would need to be established if trade was legalized. ‘If the price of ivory was too high, illegal killing would continue. If the price was too low, the rationale for running a cartel would be undermined.

“If competition occurs under a cartel price-setting scenario, illegal traders have an incentive to increase supply to maintain revenue when the price falls below the black market price. Poaching would thus remain unaffected by the presence of regulated trade.”

CITES regulates only international ivory trade, so a first step to demand reduction, says Harvey, is to ban all domestic trade within countries. There should also be a ban on trade in mammoth ivory, which is being used to launder poached ivory. Governments should also ensure that communities living near or with elephants derive benefit from use value other than their destruction.

Harvey’s research raises a question about why South Africa, Namibia and Zimbabwe appear willing to risk international condemnation by attempting to force CITES to remove the trade ban.

They appear to be ignoring warnings, based on solid scientific research, that such an uncontrolled experiment would be a disaster for elephants. The only reason appears to be a need to make money. DM

Photo: A game warden walks through rows of elephant tusks at the National Parks of Zimbabwe headquarters in Harare, Zimbabwe, 02 June 2016. EPA/STR