Analysis: Zimbabwe – Where does #ThisFlag go from here? 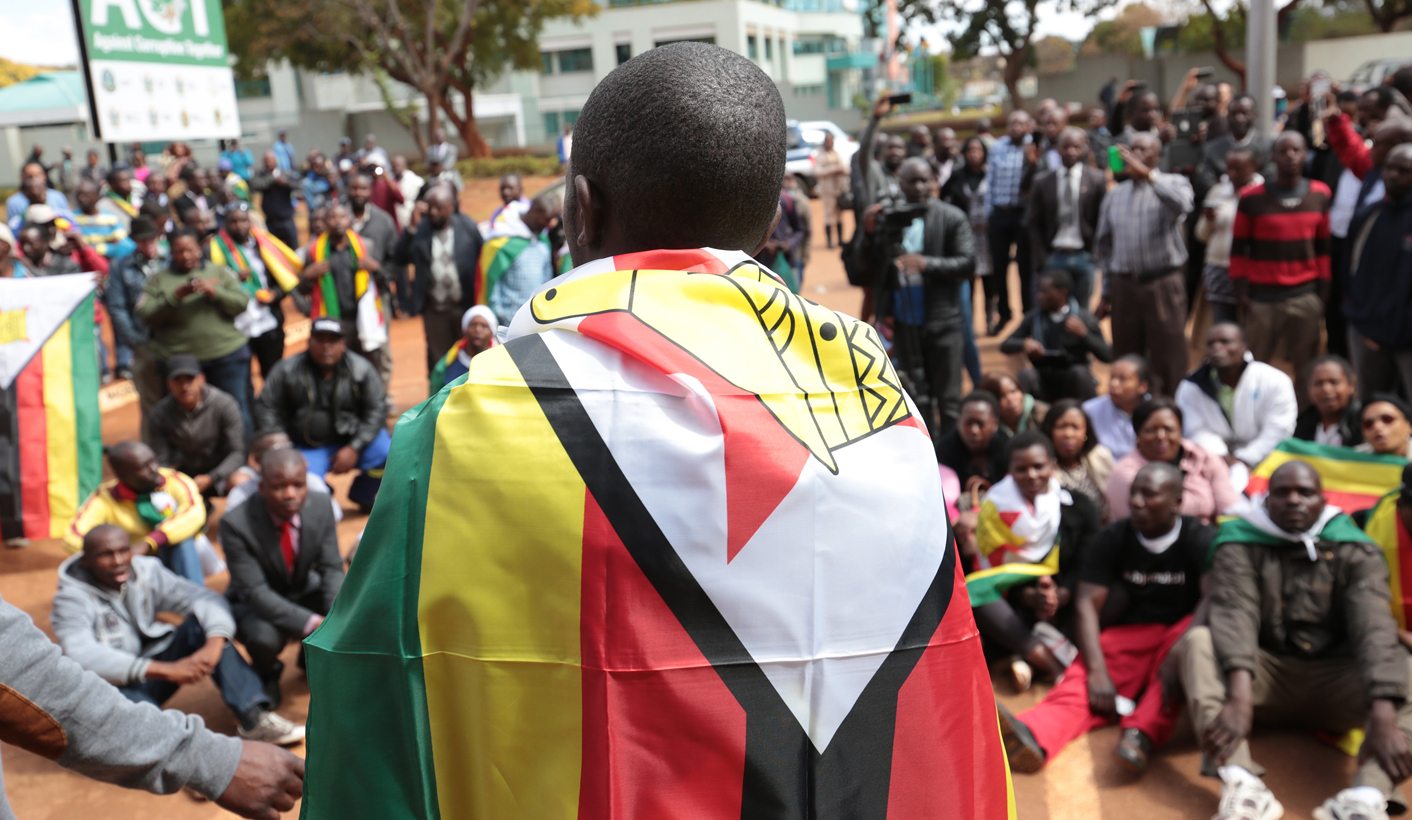 Although it was a historic, scarcely credible victory, Pastor Evan Mawarire’s release from prison on Wednesday changes nothing on its own. Now, #ThisFlag must figure out how to keep the momentum going, and keep the pressure on Robert Mugabe’s regime. They don’t write textbooks for this. By SIMON ALLISON.

The morning after the night before – the night he was released from prison, and Zimbabwe’s politics changed forever – Pastor Evan Mawarire slept in. He was tired, and who can blame him?

At the beginning of this year, Mawarire was an ordinary guy. A pastor by choice, and a professional MC by necessity, like so many others he was just struggling to get by in Robert Mugabe’s Zimbabwe. He could not have known that in a few short months he would be the face of what is becoming the most significant social movement in Zimbabwe’s history; the face of popular resistance to the regime.

His online video, recorded in anger and sadness one afternoon in April, swiftly went viral. His call to action – his call to reclaim Zimbabwe’s flag, #ThisFlag – has taken on a life of its own. Since then, the pastor has been on the steepest of learning curves, trying to figure out how to harness the momentum he accidentally unleashed, and how to stay safe while doing it.

If anyone deserves a few hours of extra sleep, it is Pastor Evan. But he can’t sleep for too long, because there’s plenty of work still to be done.

And after Wednesday evening’s stunning success, there’s no turning back for Mawarire or #ThisFlag. Thousands of supporters gathered inside and outside the courthouse where the state was trying to charge Mawarire with treason, putting unprecedented pressure on the magistrate to dismiss those charges – as per the letter of the law. Almost unbelievably, Mawarire was allowed to walk out of court a free man. #ThisFlag 1, state 0.

But everyone knows that this is just the first battle in what could be a long war.

“We’ll proceed with the campaign for Robert Mugabe to step down and all the other demands we have put up,” said Promise Mkwananzi, spokesman for Tajamuka-Sesijikile, a youth activist organisation that works closely with Mawarire, speaking to Daily Maverick. “We’re going to intensify and escalate these campaigns, and we’re going to make them as spontaneous and sporadic as possible so the regime cannot anticipate them.”

Sten Zvorwadza, chairman of the National Vendors Union, another participant in #ThisFlag’s loose coalition of civil society groups, said that the next demonstration was already planned: on Friday, Harare’s street vendors are due to march on Town House to demand an end to the unlawful confiscation of their goods.

On Thursday there was more good news, with Zimbabwe’s churches lending their considerable weight to the protest movement. In a deeply religious country, this matters.

“We raise concern on growing harassment and arrests of religious leaders, such as the recent arrest of Pastor Evan Mawarire and also the intimidation to other pastors speaking on behalf of powerless people. These grievances must be viewed as the early warning signs which indicate underlying and simmering tensions that will soon explode into civil unrest if not addressed,” said church leaders from nine denominations in a statement. Denominations represented included heavyweights such as the Zimbabwe Catholic Bishops Conference; the Zimbabwe Council of Churches, and the Evangelical Fellowship of Zimbabwe.

But as the #ThisFlag movement grows, so too does the potential for backlash. Already, state prosecutors are thought to be preparing new charges against Mawarire, while there is an increased military presence on the streets of Harare and the security perimeter around State House has been expanded.

But even if Robert Mugabe were to order a brutal crackdown – as is his pattern when faced with credible resistance; think back to Gukurahundi, or the 2008 post-election violence – there’s no guarantee that the president has the power to actually enforce it. A lot depends on whether the army gets paid or not on Friday. Unpaid soldiers rarely fight.

And even within the ruling party, Mugabe’s enemies are legion, and they too sense opportunity. Unwittingly, #ThisFlag risks ousting Mugabe only for someone even more hardline, like Vice-President Emmerson Mnangagwa, to take over. The president himself appears to be planning for the worst: it is no coincidence that his closest family, including wife Grace Mugabe, are currently in Singapore.

So what’s next for #ThisFlag? It’s impossible to say. Pastor Mawarire and his fledgling team are making it up as they go along, in a context that is changing every day. All we do know is that these are uncertain, unpredictable times in Zimbabwe, and no one’s future is safe. DM