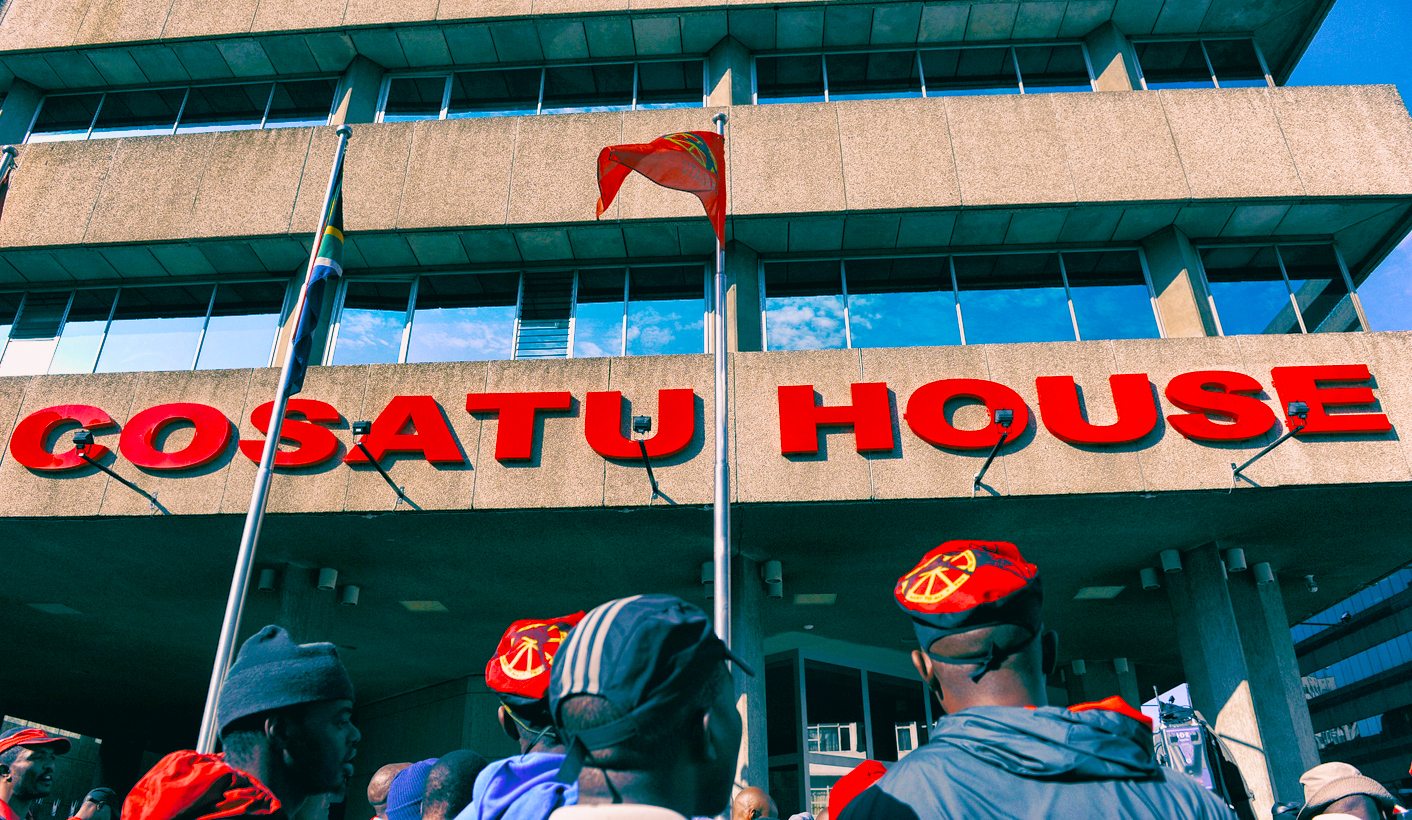 Earlier this week, Daily Maverick published a column by Irvin Jim in which he argued that the reported agreement between the Congress of South African Trade Unions (Cosatu) and the government threatened to undermine the independence and constitutional rights of trade unions. This is Cosatu’s response, reproduced in full. By Sizwe Pamla, Cosatu national spokesman.

The column by the General Secretary of Numsa, Cde Irvin Jim, entitled “Workers must reject proposed agreement between government and Cosatu” is predictable to the point of being tiresome. Cde Irvin Jim’s way with the truth is as self-serving as ever. He is of course a master of political chicanery and as he is a professional naysayer on matters Cosatu, we have stopped being shocked. It would be easy to just ignore and shrug him off, but sometimes one cannot rely on the fair-mindedness of readers, when confronted by such hypocrisy and junk demagoguery.

In his article, he does not disappoint, and acts as expected by deliberately conflating issues and misrepresenting the Cosatu position to achieve his aim of smearing the federation. What is surprising is that for a man on a “mission”, he seems to have ample time to indulge in his favourite pastime of presenting an ongoing commentary on Cosatu. He has buried and revived the federation so many times, in his public statements, that we have lost count. One would expect him to be too busy launching the United Front, the Movement for Socialism, and a ‘new’ federation, to be engaging in subjugating discourses, where he reminds everyone that he is the only revolutionary in town.

The fact of the matter is that the federation is not in discussions with anyone, including National Treasury, about labour reforms and the introduction of compulsory arbitration during strikes. We are, unapologetically though, going to remain constructive partners in any process that will help kickstart our ailing economy, create new jobs, reduce inequality and help save existing jobs.

Having said that, we remain opposed to the labour law reform proposals that seek to weaken unions and leave workers vulnerable to exploitation and victimisation. The 12th National Congress of Cosatu was very clear that we shall oppose any talk of labour reforms and that we will not allow any legislation or policy that is meant to undermine the workers’ right to strike. We have been at the forefront of the push-back against the Free Market Foundation and its partners, like the South African Institute of Race Relations (SAIRR), who are hellbent on eroding hard-won workers rights.

Cde Irvin Jim continues to attack the federation’s call for workers to balance their negotiations for wage increases with saving jobs. We are unapologetic for making that call because it does not make sense for workers to get an increase only for people to be retrenched thereafter; with only a few remaining to enjoy the benefits of that increase. His obsolete bravado on this matter is hypocritical because he knows that the process of bargaining is about capital and labour working together to reconcile their competing claims. So his theatrical sloganeering is nothing but political posturing, and his arguments are just noise diversions and vacuous red herrings.

This is the same Irvin Jim, incidentally, who released a media statement on 24 August 2015, pleading with government to save the steel industry. In it he wrote:

Lastly, as labour, we want to thank the CEOs and SEIFSA for embarking on this noble journey with us to save this strategic sector of our economy from collapse. This journey has called on all of us to take collective action to avoid jobs being shed. We hope business will go back and rethink their decisions in the interest of our members and society at large.

This pitiful pleading and thankful statement was released by him begging government to save capitalism from capitalists, and in the process save workers’ jobs. No one called him a useful idiot of monopoly capital and a sell-out for pleading with government on behalf of company owners to save the steel industry. We understood then, like we understand now, that the price for getting economic relations wrong is calamity, and that we need to do everything to save jobs.

Cosatu is alarmed that of the 36 million people in the working-age population, 27.5% are officially unemployed, according to the latest Quarterly Labour Survey. This is calamitous for the country because it means that for a whole generation, the habit of working is being lost, and millions of young people will be dependent on the state for their wellbeing and that of their families.

The federation has been very vocal in opposing the government’s adoption of regressive and contractionary policies that only focus on cutting social expenditure as a solution to the crisis. We believe that workers should not be made to pay for a crisis that is not of their own making.

While we urge workers to ensure that they balance salary adjustment demands with job security during wage negotiations, we still insist that for the lower paid workers, unions must push for above-inflation increases.

In the same vein, we have called on big business to change the nature of doing business and realise that the era of exorbitant executive salaries is over. The time has arrived for them to question the efficacy and the necessity of these excessive executive pays during a time of crisis. Business executives have to fulfil their moral obligations voluntarily by curbing their massive wage increases and also work to lessen the huge salary gap that creates resentment on the side of the workers.

Our position is clear that there are two primary choices in life; you either accept conditions as they exist, or accept the responsibility for changing them. The GS of Numsa seems to believe that the workers’ response to this economic crisis and the ongoing job losses should be mere disobedience and futile martyrdom. He seems to have lost himself in wishful thinking by believing that his naive rejection of the status quo is a concrete answer to our economic and unemployment crisis. We will patiently await his tangible proposals on what needs to be done to stop the ongoing retrenchments. DM