Op-Ed: In Zimbabwe, it is People vs The Government 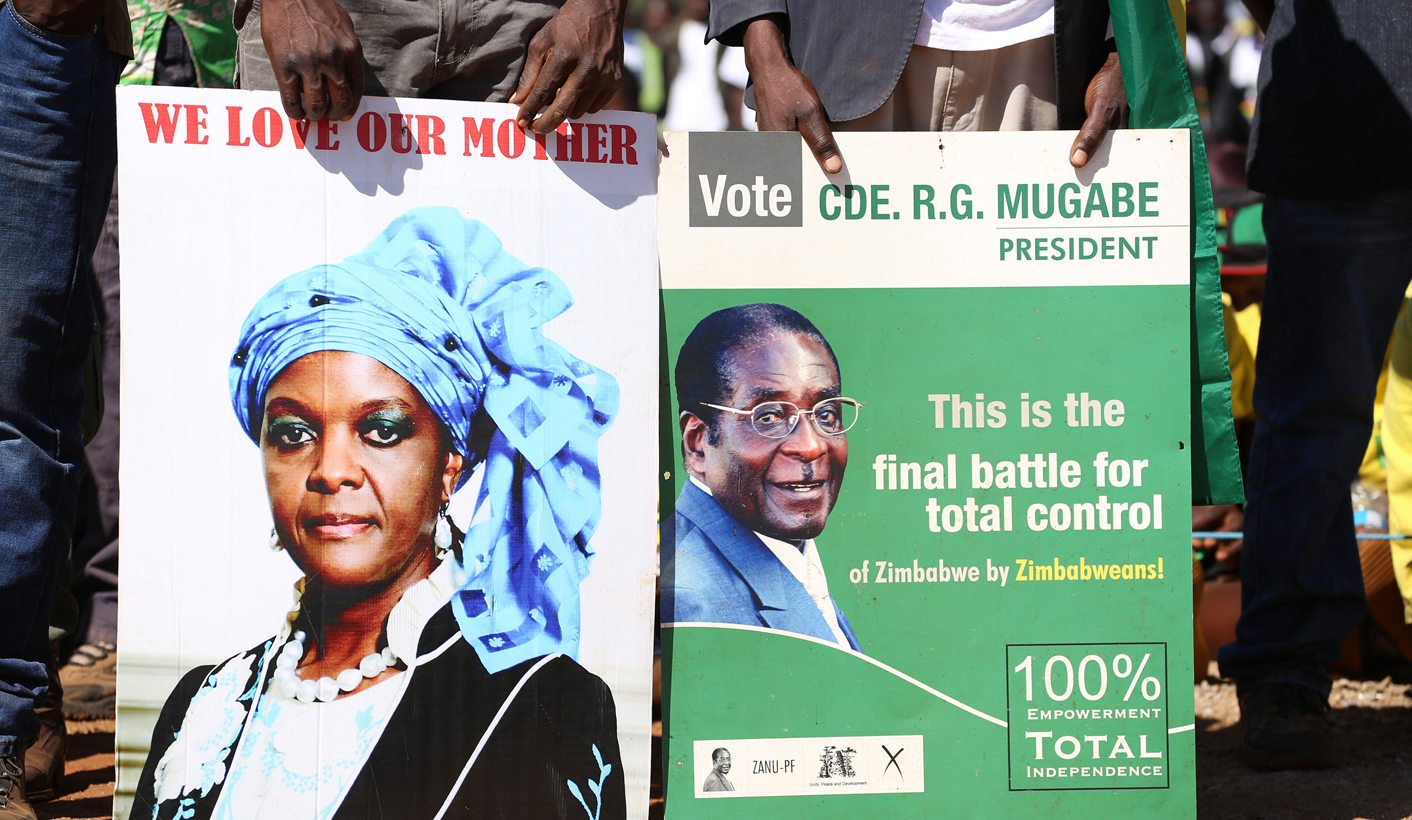 On Wednesday 6 July, while international mainstream media focused on South African athlete Oscar Pistorius’ sentence for murder, Zimbabweans engaged in the biggest and most peaceful anti-government protest in the last 15 years. Zimbabwe – as many have suspected for years – is a powder keg, its frustration palpable on the streets. By SIMBA J. HUNGWE.

A mass stay-away was staged across Zimbabwean cities to protest against government’s failure to manage the economy and repression of dissenting voices. Zimbabweans stayed at home, and most businesses in the capital Harare were closed in solidarity with the protesters. Much of the anger was directed at President Robert Mugabe, who is 92-years-old, and rules the country with his party Zanu-PF since independence in 1980.

The shutdown was called by an alliance of various movements: the spontaneous protest movement #ThisFlag that has gained momentum since April, and found a voice in Pastor Evan Mawarire; #Tajamuka (“we refuse” in Shona), a militant youth-based movement calling for change, formed at the end of May; and the public sector workers unions, channelling the voices of exasperated civil servants who have gone without pay for more than a month. The government’s immediate response to the protest was to shut down the popular communication tool WhatsApp for a few hours.

The 6 July actions have been preceded by months of unrest. Government repression of activists continues, with mass arrests and reports of abductions. Journalists too have been targeted, with many of them detained by police. Despite constant harassment and brutal repression, one by one all sectors of society are expressing their discontent publicly.

Days before taxi and minibus operators in Harare had gone on strike to protest against police harassment. They complained that police imposes hefty fines on them as a way to raise funds. The protest was marred by violence, with riot police clashing with protesters. On 1 July, violent protests erupted in Beitbridge, a town near the border with South Africa. People were angry at newly imposed import bans covering a wide range of products, from bottled water and crisps to building materials. In June, churches staged protests against the newly introduced national pledge. A directive of the Primary and Secondary Education Ministry requires children in schools to recite a daily pledge to the nation, replacing the routine Christian prayer.

Zimbabwe is a powder keg. Frustration, fear and hopelessness are palpable on the streets: people have had enough. Widespread unemployment and failing businesses are now the norm. Depositors struggle to access their savings, and the economy is running out of cash. The Zimbabwean dollar was ditched in 2009 after hyperinflation. Since then, a number of foreign currencies are legally used, but US dollars are undoubtedly the most popular. To counter cash shortages, the government is trying to push the introduction of bond notes, backed by an obscure loan from the African Export and Import Bank. The news has caused turmoil and bank runs, as people fear that this is a ploy to bring back the much despised Zimbabwean dollar.

What next then? The leader of #ThisFlag, Pastor Mawarire, has called for a new two-day national shut down on Wednesday 13 and Thursday 14 July, inviting people to stay home and reminding protesters to avoid violence and destruction of property.

The streets are quiet now, but it is a deceptive calm. The issues behind the revolt have not been addressed. My interviews with Zimbabweans from various walks of life show that the majority feels that the government has forgotten them. Feelings of disenfranchisement are widespread.

The ruling party has gone into campaign mode with Mugabe and his controversial wife Grace holding rallies across the country. The issue of presidential succession is tearing the party apart. Mugabe has never allowed open discussions about it. Analysts have tipped Grace to be his preferred successor, but this has not gone down well with other party heavyweights.

Another issue that is causing popular discontent is the widespread corruption in the government ranks. In the last two years, the media has revealed a number of high profile corruption cases involving government ministers and Mugabe’s family members. A series of recent scandals exposed public tenders for power generation projects allegedly inflated by hundreds of millions of dollars. There are serious allegations that senior government officials, and even the Minister of Energy, are involved. In this and other cases, nothing has been done. Earlier this year, Mugabe admitted that billions of dollars produced by diamond mining are going unaccounted for, with no returns for government.

This lack of action makes Zimbabweans question the effectiveness, and even the health, of President Mugabe. These figures are floated when there are 4 million people in need of food aid, due to the devastating drought that further aggravated the crisis. The government has argued that it is in the process of procuring enough grain to feed the population, but the situation on the ground tells a different story. One has to travel only a few kilometres out of Harare to see droves of villagers going hungry.

These are the issues that fuel support for movements like #ThisFlag and #Tajamuka and protracted collective action against the government. Mugabe and his elites have lost touch with their people. It is not surprising that they would like the world to believe that these protests are a storm in a teacup. DM

Simba J. Hungwe is an activist of #ThisFlag and #Tajamuka movements.