Op-Ed: Hlaudi, a mere symptom of a systemic threat 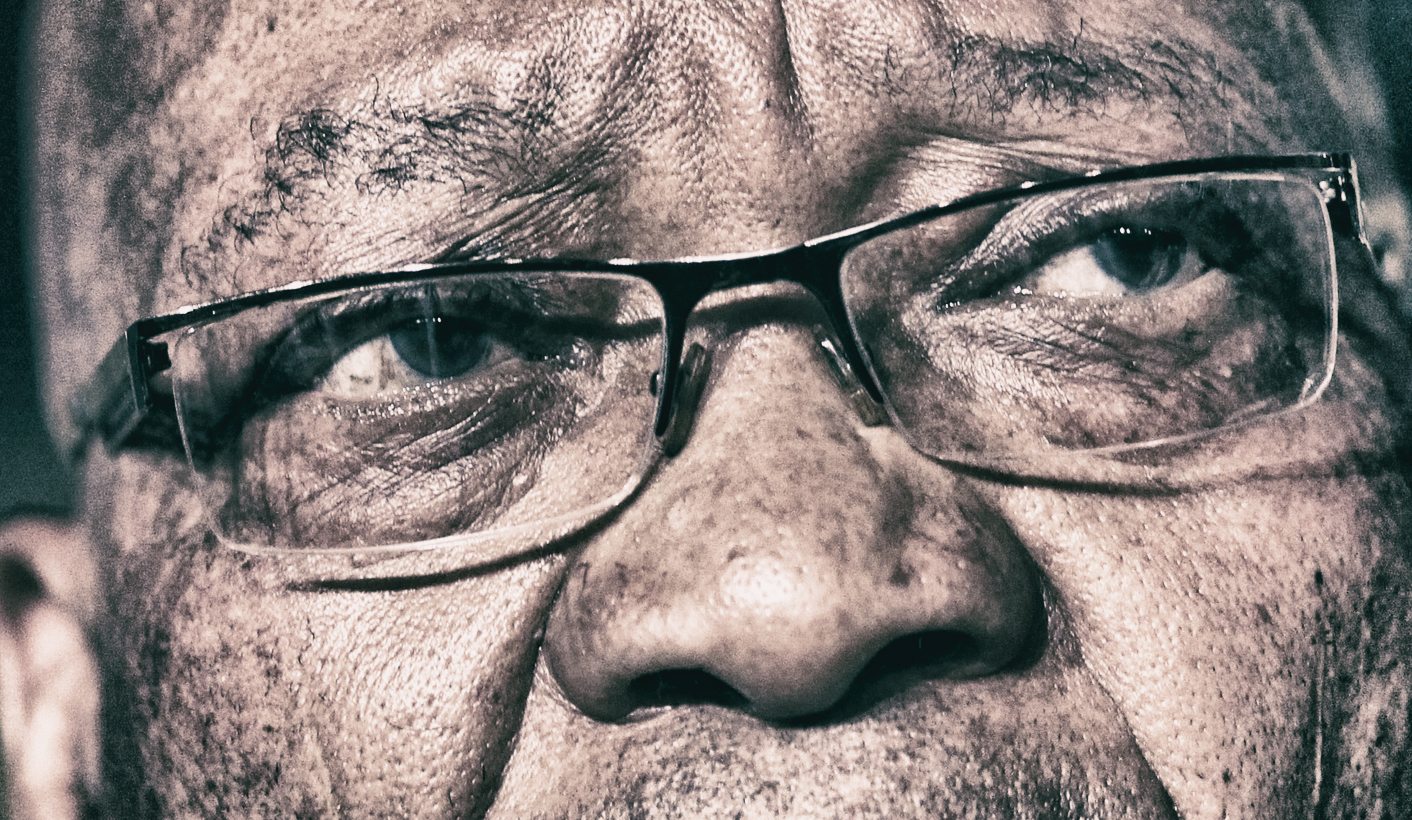 On Monday Hlaudi Motsoeneng, the SABC’s Chief Operating Officer, once again did what he does so well – show a middle finger to the law. Speaking less than two hours after communications regulator ICASA told him and the SABC to withdraw the decision not to broadcast images of violent and destructive protests, he said that he would not comply, and would go all the way to the Constitutional Court, if need be. This mirrors his behaviour when he has simply ignored court judgments ruling that he be removed from his position. No one is surprised: this happens to be the culture of our politics. The law, in a very important sense, has ceased to be. This opens the way to a situation in which rights don’t matter. Where the only right is might. By STEPHEN GROOTES.

The list of cases brought against Hlaudi Motsoeneng is lengthy. The only other issue which has seen so many high court applications was the original corruption case against President Jacob Zuma. The list of cases that Motsoeneng has won is much shorter. One. Literally. And yet, despite application after application, and loss after loss, he is still there.

On Monday, the press conference hosted by the SABC should have been chaired by the SABC Chair, Professor Mbulaheni Maghuve. When he spoke he said that the board would ask their legal team to consider whether there were grounds to go to court against ICASA. When Motsoeneng spoke, he then firmed that up, to confirm that they would go to court, and “to the Constitutional Court, if necessary”. There is no doubt who is actually in charge.

But, if you are Hlaudi Motsoeneng, his behaviour is entirely rational. There is simply no one with the balls to force him out of his job, because of the protection that he enjoys. Even the might of the ANC’s Communications Commission is not enough to unseat him. He only needs to know two things. That Faith Muthambi will back him. And that Zuma will back her. Nothing else matters. Not you, not me, not ICASA, not a judge, not the Supreme Court of Appeal. Nobody. Nada.

If ever someone wanted to make the claim that we live in a country where some people are above the law, this would be the perfect example.

There will be many people who say that this situation has been a long time coming. That it’s all part of a process, that we have a huge legacy where people do not respect the law because of apartheid. Some of the claims around the lack of respect for the law may have some grounds. The problem is, we can actually pinpoint the exact date on when the situation changed.

It wasn’t yesterday, it wasn’t 1994. It was 6 April 2009, the date when the corruption charges were withdrawn against Zuma. It was this action, by Advocate Mokotedi Mpshe, himself a man of the law, that marked the change. After this date, we all knew, politics was bigger than the law. Put the right person in the right position, push hard, and out would pop the decision the president wanted.

Actual judges of course were a different story. But then the key is simply to make sure cases don’t go to court. Hence the decision to appoint Advocate Menzi Simelane as the head of the NPA. And all the shenanigans since.

The president, as the president, sets a certain example for a country. Throughout the system we appear to have officials who disregard the law. Motsoeneng is simply the most public example, the one person who doesn’t feel any shame about it. Think of the number of public servants who engage in corruption, the people who watch TV all day rather than work in their municipal offices, the teachers who think nothing of leaving kids unattended because they have a union meeting. Think of the metro police officers and their demands for “lunch money”, and the taxi drivers who break the law right in front of them and face no consequence.

It is not just about Zuma, of course, but ask yourself this. If he were to lecture you, wag his forefinger in your face and tell you to obey the law, what would you reaction be? A suppressed giggle? Thought so.

There are very, very dangerous consequences to this behaviour. Police officers are generally the arm of the state people come up against in their daily lives, the people entrusted with keeping the peace. When they are not trusted, when no one sees any use in going to a police station because the law is rotten, what will they do? They will use violence to resolve disputes. They have no other option.

Consider the recent violence in Tshwane. There was simply no way Zuma could have gone into that area and told people to stop behaving like this. He would not just have been booed, he would have been jeered. Again. The fact that law breaks down can sometimes mean order breaks down too. And this could be one of the reasons why so many protests are now so intense, and so violent. There is no legitimacy on the part of those who are supposed to resolve the disputes that led to the protests. And that makes violence the only viable option for communities with few resources.

And if someone as reassuring and honourable as Des van Rooyen were to come and tell them to wait for the outcome of a court case, would the first retort of these protesters not be to remind him, sharply, of Omar al-Bashir? And the fact that our government broke the law by allowing him to leave. And then insulted us, insulted the intelligence of all of South Africa, and insulted our law, by claiming that he was able to get out of Waterkloof because of some mix-up. Really? For an air force base to be penetrated once might be considered careless… but twice…

There will be many who feel that the current state of affairs is unfixable. But it is not. When Nelson Mandela became president in 1994, it would have been very easy for him, and the people around him, to delegitimise the law. Why not, it had been made during apartheid, for apartheid. Instead, he undertook to uphold the law. And, in 1996, he went into the witness box, and testified in court. All because a racist scumbag called Louis Luyt insisted upon it (You’re lucky the dead cant sue – Ed).

The example set by Mandela held fast for much of society. Even Thabo Mbeki, for all his many faults, upheld the law. When the courts ruled that his government must provide Neviripine, he complied. What does Zuma’s government do? Sends a rotten genocidal dictator out through the back door and then plays dumb.

The good news is that this culture can actually be changed. It is not set in stone. All it would take is a leader who sets a different example. Imagine, if you can, that the ANC comes out of an uncontested conference in December next year with a new leader. That new leader would not be beholden to power brokers, the Premier League or anyone. They would be able to immediately start cleaning house. First, she would tell her Cabinet, in public, that every minister will and must obey the law, or be sacked. Second, she would appoint a new public protector. Someone everyone respects, someone everyone knows will not have an ANC agenda. If Helen Zille is a step too far, maybe a former judge with a clean reputation, or anyone considered completely neutral. The first time a finding is made against anyone from the ANC, that person is fired, and the president thanks, publicly, the public protector for the finding.

Imagine how that would concentrate minds. It would take a while, but within five years, the current culture of impunity could disappear.

Motsoeneng is not the cause of our problems. He is a symptom of how things have changed. They can be changed back. But it will take huge political will. Which, bluntly, we don’t see right now. DM