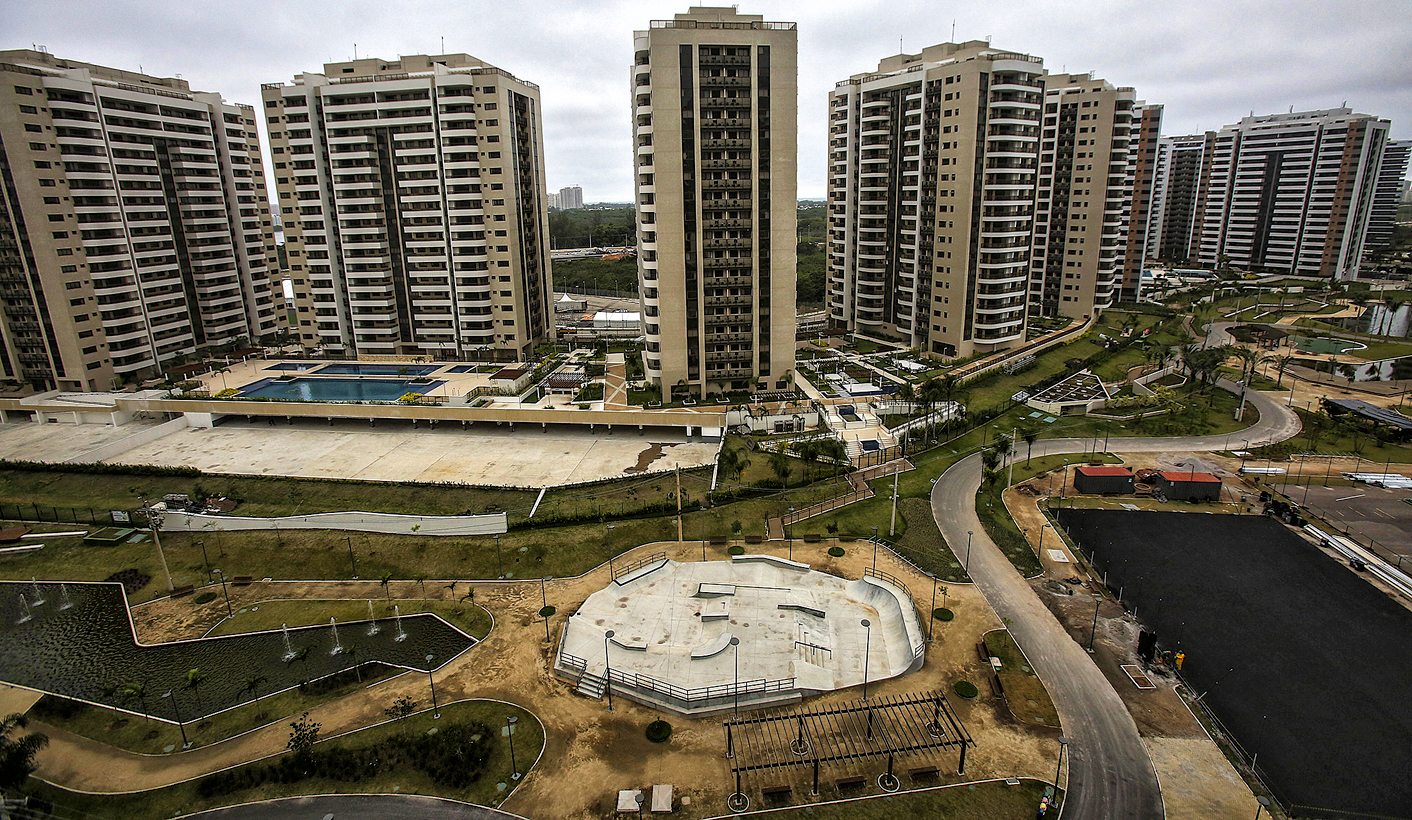 Health Concerns are mounting ahead of the Rio Olympics with both fears of the Zika virus spreading and the newly discovered “super bacteria” leading to some experts calling for the Games to be cancelled or moved. The World Health Organisation, however, sees no issue. By ANTOINETTE MULLER.

Here’s a story that might sound familiar. A developing country is given the task of hosting a global sporting tournament. Throughout the lead-up to that tournament, international media seem constantly to be picking holes at why the host country is not ready.

From crime, to stadiums not being ready and exaggerating every single thing that seems to be wrong, all of these things constantly make the headlines. International perception seems wholly negative. The tournament happens and it’s a great success. Sound familiar? Of course it does. This was South Africa’s story when the country hosted the 2010 Soccer World Cup.

The superiority complex from the so-called “developed world” can often be bile-inducing, but what if they actually have a point?

Brazil is currently on the receiving end of endless negative press reports as they prepare to host the Olympics in August. On Tuesday, the country received another blow.

A group of Brazilian scientists detected drug-resistant bacteria growing off part of Rio de Janeiro’s coastline. Researchers say that the bacteria entered the city’s waterways when raw sewage from hospitals was channelled into the bay.

The samples were collected between 2013 and 2014, but researchers say that there is no reason to believe that levels have changed because raw sewage is still being pumped into the oceans.

The impact this bacteria can have on humans is not yet known but two of the beaches flagged – Flamengo and Botafogo – border the bay where Olympic sailors are scheduled to compete.

“It’s a nice sailing area but every time you get some water in your face, it feels like there’s some alien enemy entering your face,” German Paralympic sailor Heiko Kroger said during a recent visit to Rio. “I keep my nose and my lips closed.”

One of Kroger’s teammates picked up a severe skin infection and he believes that it might have been caused by the bacteria.

When the country bid for the Olympics, it promised that it would clean up the polluted waterways and connect 80% of the city to a sewage system. Currently, only 51% of the city’s sewage is treated, up from 11% seven years ago.

Olympic authorities and researches do not recommend moving the sailing venue, though, because they “don’t know the risks” of the bacteria.

However, the latest incident is just another on a long list of issues plaguing the city ahead of the global sporting showpiece.

An Australian athlete was mugged close to her hotel, a local hospital designated for tourists was the scene of a gun battle, and fears over the Zika virus have led to a number of athletes pulling out of the Olympics.

Rio de Janeiro mayor Eduardo Paes had said in an interview with CNN that the state was doing a poor job with regards to security and “completely failing at its work of taking care of people”.

The “Super Bacteria” adds to concerns over the Zika virus. However, opinion here is split. A number of experts have called the concerns over Zika “exaggerated”, with an editorial in The Lancet Infectious Diseases journal noting that the Zika outbreak has been largely localised in north-eastern Brazil, quite some way away from Rio. It added that the infection-carrying mosquito is not particularly active in August. A Sao Paulo-based research group even went so far as to “predict” that the Rio Olympics is unlikely to result in more than 15 infections. This research was backed up by other researched published in April in the journal Epidemiology & Infection. It said that there are likely to be no more than 16 infections during the Olympics.

The big issue, however, is not necessarily with infections during the Olympics, but with the disease spreading back to a vulnerable country. An editorial in the Harvard Public Health Review called for the Games to be cancelled, citing possible global spread as one of the reasons.

The editorial noted: “All it takes is one infected traveller: indeed, phylogenetic and molecular clock analyses establish that Brazil’s cataclysmic outbreak stems from a single viral introduction event likely between May and December 2013. A few viral introductions of that kind, in a few countries, or maybe continents, would make a full-blown global health disaster. Scientists can disagree on how much the mass migration of 500,000 foreigners will accelerate the virus’s global spread and make the pandemic worse – but none can possibly argue that it will slow it down or make things better.”

Those are some serious claims, but the World Health Organisation (WHO) have said that they do not agree and that “cancelling or changing the location of the 2016 Olympics will not significantly alter the international spread of Zika virus”. They have issued travel advice for pregnant women (advising them not to travel to Rio) and suggesting that their partners “returning from areas with circulating virus should be counselled to practise safer sex or abstain throughout the pregnancy”.

WHO has an official partnership with the International Olympic Committee and their memorandum of understanding remains a secret, which makes their stance somewhat curious and has left some wondering whether there is a conflict of interest at play.

Nobody can deny that the Olympic Games is a much-loved event, but can science really say, beyond reasonable doubt, that this year’s edition will not be without the risk of a global health catastrophe? DM

Photo: A general view over buildings in the Olympic Village during a media tour in Rio de Janeiro, Brazil, 23 June 2016. The Rio 2016 Summer Olympics are held from 05 to 21 August 2016. EPA/ANTONIO LACERDA