ICG: The Philippines, renewing prospects for peace in Mindanao 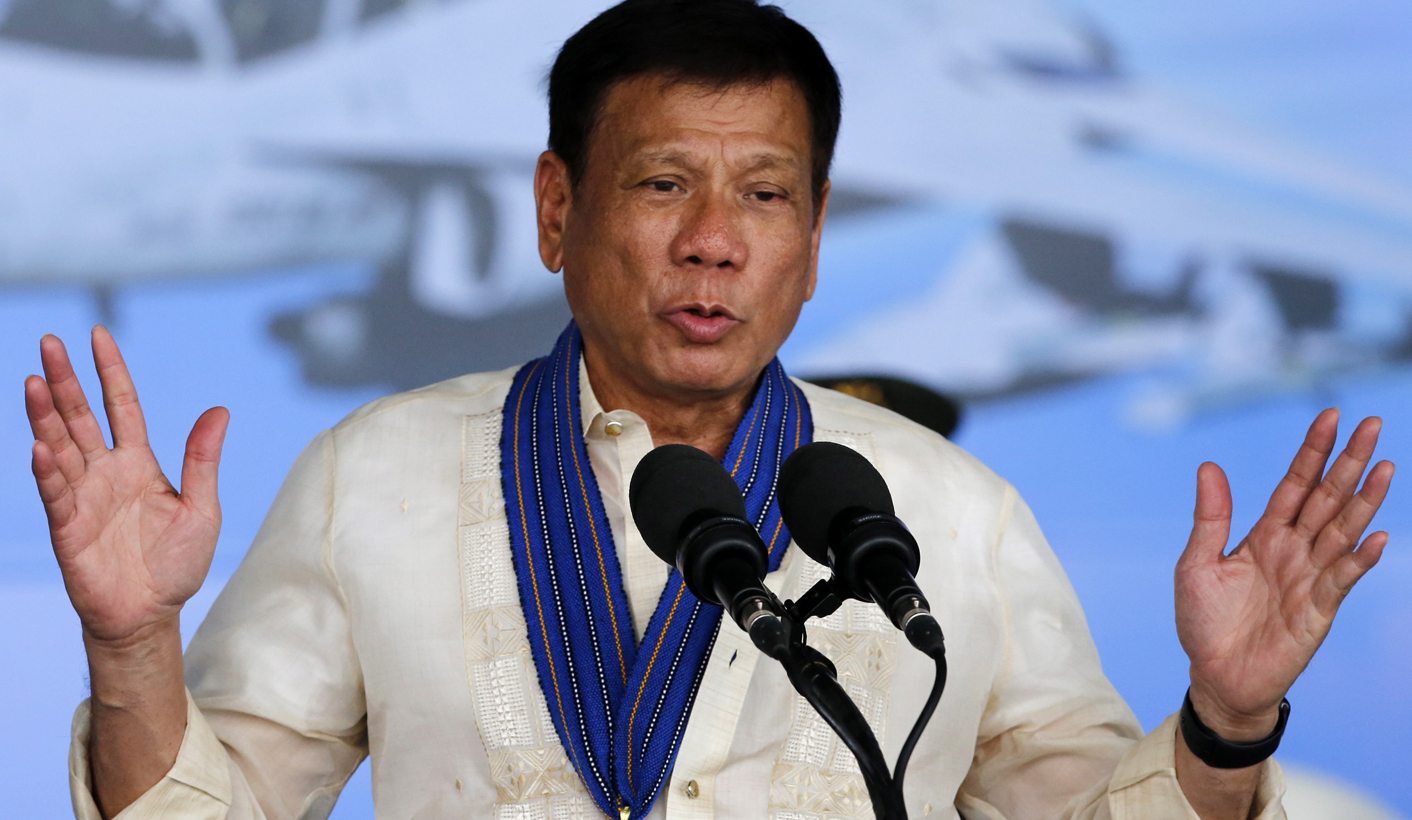 The southern Philippines is potentially closer to peace than at any time in the four decades since Muslim insurgents started fighting for independence. But the substantial progress over the past six years is also fragile. President Rodrigo Duterte, who took office on 30 June, needs to build quickly on the foundations laid by President Benigno Aquino’s administration or the process risks collapsing. By the INTERNATIONAL CRISIS GROUP.

In an attempt at stabilisation, President Duterte has suggested a new enabling law could be drafted by an ad hoc convention that brings together members of different southern ethnic, religious and political groups. The idea has some advantages, but not at the cost of prolonged delay. The greatest danger to peace is that the restive south, sceptical after watching at least three other agreements founder, will lose faith in the process and return to guerrilla warfare or tip deeper into lawlessness. The most effective way of avoiding these dangers is for the new government to pass enabling legislation quickly that delivers at least as much autonomy as was promised by the outgoing administration.

Duterte, the mayor of the southern city of Davao who won that election, was one of the peace deal’s most vocal supporters during the campaign. Though he has said he favours autonomy for Bangsamoro, all indications are that he will not follow the same route as the previous administration to deliver it. It is unclear whether he envisages the settlement for the south as an advance model for his broader plans of national federalisation or as an integral part of them. A long delay, or an autonomy bill that delivers less than the CAB’s promises, risks alienating key sections of the Bangsamoro population. A particular danger is that young people, disillusioned by failure of political negotiations, would seek alternatives, such as joining one of the militant groups waiting in the wings or turning to anarchic criminality.

There was no contingency plan for failure to pass the bill under Aquino, and by law the new government must start the process of drafting and approving legislation over. While doing so, it needs to put in place measures to preserve the gains of the previous administration and make significant good-will gestures fast to boost damaged confidence in the deal. Both sides need to prepare for the coming autonomy. The MILF leadership has invested most of its political capital in the negotiations and to maintain its credibility has to be able to show that the new administration will continue it in good faith. A number of interlocutors within the process and outside suggest the government should boost confidence through increased development assistance to local bodies in the south.

Mindanao’s peace process has been innovative: it includes an International Contact Group to coordinate outside support and, at least on paper, commitment to involve women, minorities, and civil society during the negotiation and implementation of agreements. International partners, in particular Malaysia, Switzerland and the member states of the European Union (EU), have been a vital, constructive force in the peace process, facilitating and assisting as needed, but resisting the temptation to insert themselves so far into the mechanism as to detract from its essentially home-grown nature. Foreign governments, diplomatic missions and NGOs should now help escort the process through the delay, publicly supporting measures such as development aid and education programs, while impressing upon Manila’s political elite that Congress needs to build on the achievements of the previous administration.

Failure to pass an acceptable autonomy law would risk exacerbating disenchantment with negotiated change, fuelling criminality and facilitating religious radicalisation. Global jihadist movements like Islamic State (IS) have shown a clear ability to exploit social disorder in Muslim communities elsewhere to gain new recruits and have already gained some adherents among smaller and more opportunistic rebel groups in Mindanao.

Years of negative national media coverage of Muslim aspirations have had a harmful impact on how the rest of the Philippines views southern autonomy. The new government under Duterte must remember that ignoring or derailing the existing process would lead not to a return to the status quo ante but to an unpredictable, potentially much more violent future.

To maintain the momentum of the peace process, a number of steps could help.

The Filipino authorities could:

1.  Use the 2014 Comprehensive Agreement on Bangsamoro (CAB) as the basis of any future process.

2.  Expedite the passage of enabling legislation to create a CAB-compliant autonomous region in Mindanao.

4.  Use high-profile developmental and social investments, funnelled through local groups, to show goodwill, with a focus on infrastructure, education and health.

5.  Develop a public communication strategy to prepare the rest of the country for Bangsamoro autonomy.

6.  Establish a National Transitional Justice and Reconciliation Commission on Bangsamoro to deal with past injustices.

7.  Continue to show flexibility in negotiations with the new government on how autonomy is going to be delivered.

8.  Reach out to non-Muslim constituencies, particularly Christian and indigenous groups, to ensure they do not feel threatened by the prospect of living in an autonomous Bangsamoro.

The MNLF, meanwhile, should not attempt to renegotiate the CAB from scratch.

If international partners and donors want to facilitate peace, they should add their support by focusing on boosting the technical capacity of the Bangsamoro bureaucracy, with specific emphasis on new areas of governance they will inherit with autonomy, including taxation and fiscal governance, investment policy, and land management. DM