KwaZulu-Natal: KaMagwaza-Msibi’s NFP reels as all routes to the Municipal polls close 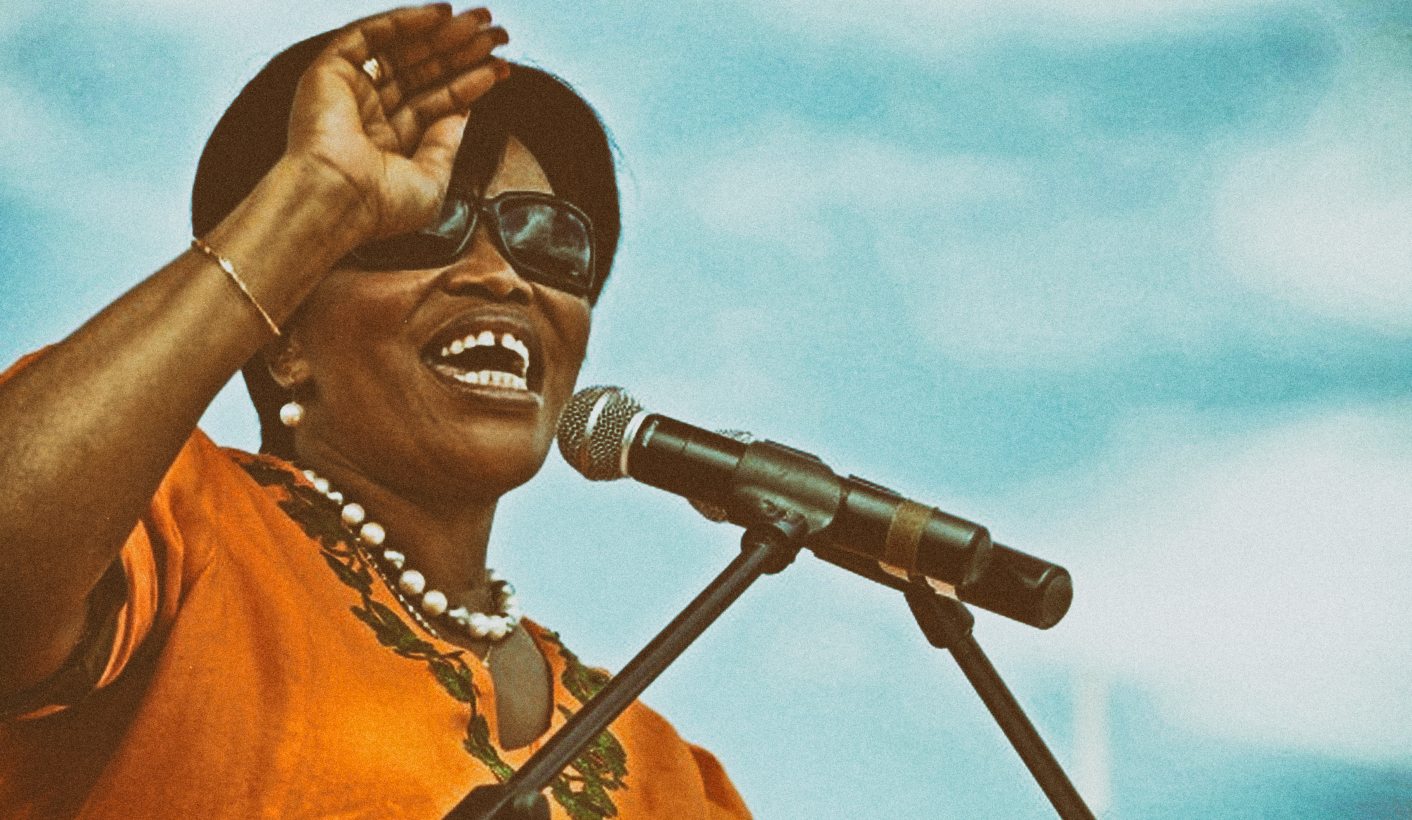 While some fellow opposition parties yesterday commiserated with the National Freedom Party as its August 3 hopes evaporated with the Electoral Court’s endorsement of the party’s disqualification, it could have done well to forget about bothering the Constitutional Court about this matter. That is tantamount to an unwarranted prolonging of the agony for the party’s supporters. By CYRIL MADLALA.

Zanele KaMagwaza-Msibi’s NFP had just been founded in 2011 when it contested its first local government elections after breaking away from the Inkatha Freedom Party.

While the Congress of the People has been “saddened” that an “administrative error” has resulted in the NFP being disqualified for missing the June 2 deadline to pay for registration, the NFP certainly shed no tears when a similar blunder cost the IFP dearly in 2011 in a traditional stronghold of Umzumbe, on the south coast.

The debacle is worth recalling in the wake of what has befallen the NFP.

The IFP failed to submit its election documentation to the Umzumbe office of the Independent Electoral Commission by 17:00 of March 25, 2011, which was a requirement for participation in the May 18, 2011 election.

The party maintained that it had timeously collated and placed into separate marked envelopes for delivery to the relevant offices of the commission all the necessary documentation.

While the documents for Gauteng had been “double-checked”, it was discovered “around 10am” on March 25 that they included bundles destined for Umzumbe and Cape Town.

The Umzumbe documents could only reach King Shaka International Airport by 15:00. But so determined the party was to meet the deadline, a helicopter had been chartered to get the papers to Umzumbe on time.

This trip would have taken about 20 minutes, the IFP said.

As fate would have it, a storm in Durban grounded the helicopter. At about 16:25, the IFP was advised that the chopper would not be able to take off.

Concerned about the 17:00 deadline, the party telephoned the IEC’s provincial electoral officer for KwaZulu-Natal and sought permission to submit the documents in Durban instead of Umzumbe. The officer refused, as in terms of the law, these documents should have been submitted to the relevant office of the commission in Umzumbe.

As the National Freedom Party did last week, the IFP in 2011 also then approached the Electoral Court to reverse the decision of the IEC.

The court ruled in favour of the IFP and ordered its reinstatement to participate in the Umzumbe election.

The IEC took the matter to the Constitutional Court, which made very important pronouncements regarding the commission’s handling of the elections and the preservation of the integrity of the electoral process.

Deciding in favour of the IEC, it said a political party’s inability to contest elections which “arises solely from its failure to comply with the mandatory provisions of the Electoral Act and regulations” cannot be laid at the door of the commission.

It said there was good reason for the requirement to submit the documentation at the local offices of the commission, and the IEC was therefore fully justified to refuse to allow the IFP to submit them in Durban instead of Umzumbe.

The plausible story of bad weather conditions, which the IFP could do nothing about, was not good enough to persuade the Constitutional Court otherwise.

The NFP’s tale about a treasurer-general who got his deadline dates mixed up is therefore a very long shot.

“It is necessary that the integrity of the electoral process be maintained. Indeed, the acceptance of the election as being free and fair depends upon that integrity. Elections must not only be free and fair, but they must be perceived as being free and fair. Even-handedness in dealing with all political parties and candidates is crucial to that integrity and its perception by voters. The commission must not be placed in a situation where it has to make ad hoc decisions about political parties and candidates who have not complied with the Act.”

As the Democratic Alliance has correctly pointed out following the Electoral Court’s decision on the NFP matter, all parties agreed to these deadlines beforehand. Rules are rules and are equally binding.

The Congress of the People conceded that the NFP “obviously blundered and hundreds of thousands of voters will now be left in a quandary about what to do with their votes”.

Cope suggests that the Electoral Act be amended to allow for fines to be imposed for missing deadlines.

“It must not prevent (parties) from participating in the elections,” spokesman Dennis Bloem said in a statement.

Interestingly, he went on to add:

“It is very possible for key officials of a political party to be given a huge bribe to sabotage that party from the inside. In our view, the payment of the deposit should have two deadlines within a 36-hour period. When the first deadline is missed, the IEC must issue an alert to that party for it to rectify the problem in the second window. This will prevent any skulduggery from inside a party,” said Bloem, claiming to talk from “experience”.

The NFP was already in disarray during KaMagwaza-Msibi’s prolonged incapacitation due to illness. But the costly blunder has now resulted in chaos and confusion.

KZN chairman Vikizitha Mlotshwa told Isolezwe newspaper that the man being blamed for failing to process the registration payment, treasurer Xolani Ndlovu, had since disappeared.

As various factions within the party issued conflicting media statements, Ndlovu, secretary-general Prof Nhlanhla Khubisa and national chairman Maliyakhe Shelembe were reported to have stepped down as party members took to the streets to express displeasure at the turn of events.

While some leaders are talking about briefing lawyers to take the matter to the Constitutional Court, it is perhaps Cope’s advice they should be heeding:

“Cope encourages NFP supporters to remain united and not to lose hope. This is a indeed a major setback for them but they will have to survive it,” concluded Bloem.

The IFP may not be blowing trumpets on top of the hills of Zululand at the news of the tragedy at the home of their prodigal daughter, but there will be no wailing and gnashing of the teeth either.

Like the ANC, the DA and the EFF, the IFP is also preparing to pounce on the wandering souls of the National Freedom Party looking for a home on August 3.

KaMagwaza-Msibi could only apologise to party members and supporters yesterday and promise to fight on.

“We will demonstrate that we are not a mediocre political party, though some leaders that we trusted with senior leadership positions have let us down. We might be down but certainly not out,” she said in a statement.

We can only know for certain in the next election in 2019, but the Constitutional Court route now is a road to nowhere. DM