Political Parties: Have They Become Obsolete? 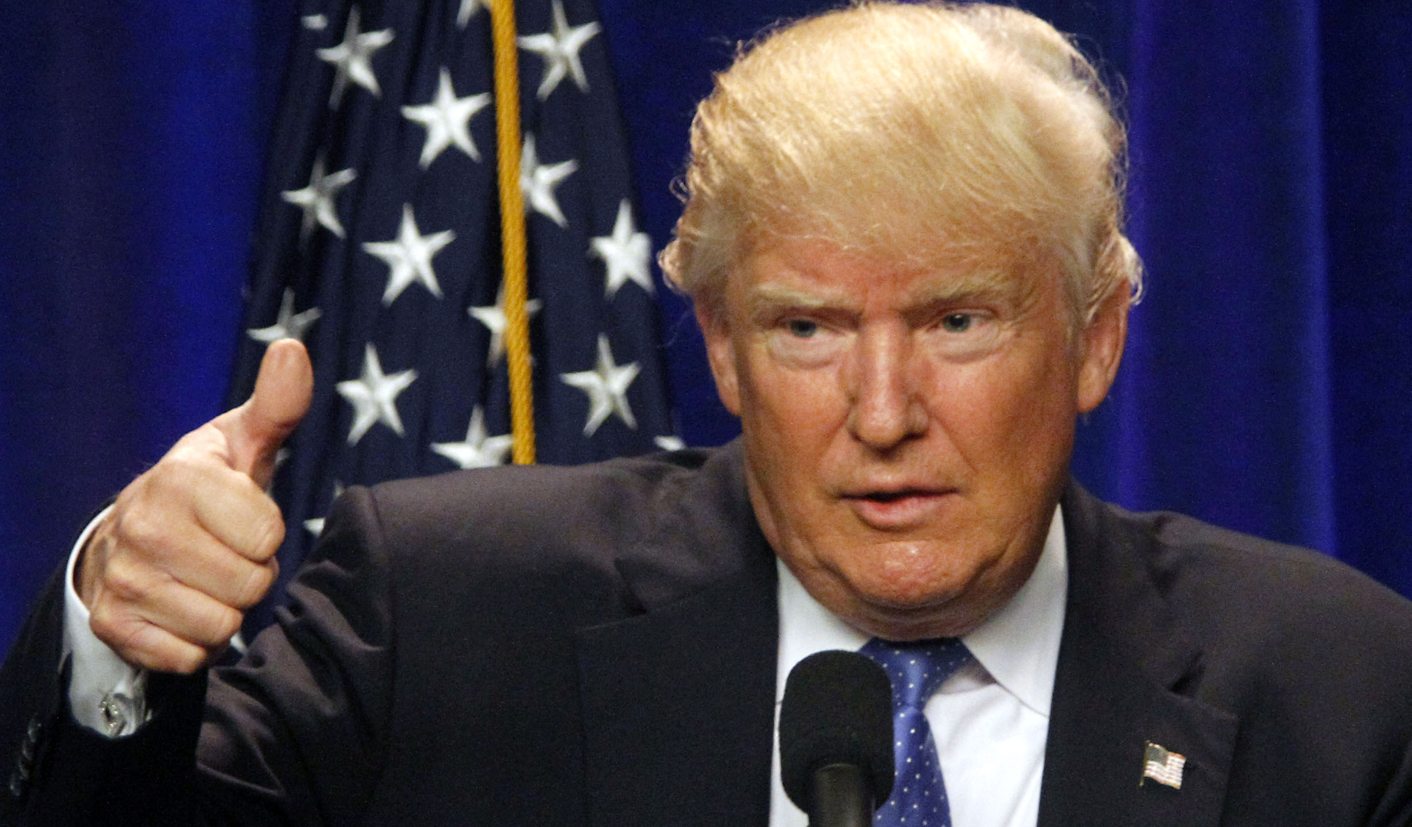 Watching the political developments in nations like the UK and US as well as the tide of violent terror incidents around the world within the past month makes J. BROOKS SPECTOR wonder if the political party as we have come to know it has reached the end of its lifespan.


Earlier this weekend, on a special report by commentator-author-political scientist Fareed Zakaria – entitled “Why Do They Hate Us?” – and broadcast on CNN, one of the particularly arresting graphics in that report showed that in the year 2014, about 30,000 people had died as a result of terror activities. However, as Zakaria had explained, while, “The vast majority of those perpetrating the violence were Muslim but – and this is important – so were the victims. Of the some 30,000 dead, the vast, vast majority were Muslims. That’s crucial to understand because it sheds light on the question, ‘Why do they hate us?’ Islamic terrorists don’t just hate America or the West. They hate the modern world, and they particularly hate Muslims who are trying to live in the modern world.”

If the violent, nihilist events of just the past couple of weeks – in Orlando, Istanbul, Baghdad (with the death toll now rising past 115 victims), and Dhaka – are anything to go by, the number of such terror incidents may well be spiralling on into extraordinary and unexplored territory this year. But the larger story is not just the continuing “explosion” in such savagery, even though it has been a violence that has killed blacks and whites; Africans, Asians, Europeans and Americans; Christians, Muslims, Jews and Hindus; and straight, gay, and lesbian.

This kind of horrific violence is, of course, designed to inflict a kind of random injury on anyone who might conceivably be defined as a symbol of something hateful – or, perhaps, those who just happen to find themselves near such detested symbols. The sheer randomness of the deaths is a key part in the spreading of the terror – and this unpredictability adds to its attraction for many of those who carry out such attacks.

“No one is safe, there can be no safe haven from our fury,” it wants to say. Regardless of any rationalisations or justifications by the perpetrators or their apologists, such actions are the visible recognition that those who carry it out do not believe in the desirability – or even the possibility – of “normal” politics to deal with their grievances, frustrations, goals or objectives. For such people, normal politics and political parties and formations are simply irrelevant.

The alarming thing is that our present age seems to be becoming increasingly like that of the latter half of the 19th and on through the early 20th century – what with that period’s growing wave of assassinations, secretive anarchist and ultra-nationalist movements that eschewed normal politics. Moreover, as technology continues to evolve, more and more people are being confronted by the destruction of their accepted ways of life and occupations. In addition, there are increasingly frequent eruptions of communal fervour even as the political systems struggle to absorb such shocks. For the global economy, the impact of these changes also makes for a revolution in the societal and political relationships that had previously been seen as the norm. And almost everywhere where political parties have been central to a nation’s political life, they are taking massive blows as they try to navigate the evolving political and economic rapids. This is, increasingly, just as true of the rich nations as it is of the less economically well endowed – even if people in richer nations do not routinely move to terror style violence.

In the US, a growing sense that the nation’s political landscape is a rip-off, a cheat and a canard; that politicians do not tell the truth or work for the benefit of the nation as a whole; or that the political class and the economic top 1% have rigged the game to their benefit, are tropes propounded by “rebel” politicians from both the left – i.e., Bernie Sanders – and from the populist-nationalist flank, i.e., Donald Trump. Just a few years ago, it would have been almost unfathomable to believe that the Republican Party would be the subject of a hostile takeover by a billionaire charlatan who purports to represent much-put-upon white middle and working class voters pushed about by that ruling caste and a horde of politically correct “tribes”.

Or, for that matter, could it have been foreseen that the Democratic Party could nearly be seized by a self-identifying independent socialist who wished systematically to uproot virtually all of the current government truths because of his view that the same top 1% ran everything for their benefit. It is almost as if American politics was giving a live demonstration of Italian Marxist theorist Antonio Gramsci’s famous observation, “The old world is dying, and the new world struggles to be born; now is the time of monsters.”

Meanwhile, of course, in Britain there has just been a rebellion that ran against the country’s bipartisan political leadership class in the recent Brexit referendum. In this vote, the results pitted older Britons, less well off Britons and more rural/small town/village-dwelling Britons against the young, the better off and the better educated, and the residents of the country’s biggest cities (and Scotland). But the results also signified that the established order no longer speaks for a majority of the nation. It showed that the most economically vulnerable feel their situation is largely ignored by the arrogant swells that run things, or by those adroit enough to take advantage of the supranational European ideal. And, of course, a pair of political charlatans – Boris Johnson and Nigel Farage – egged them on in such views.

Surprisingly, too, a similar sense of revolt against the pan-European ideal of the post-Cold War consensus is growing in a number of other members of the EU, most startlingly in France where the growth of Marine Le Pen’s National Front feeds on growing dissatisfaction with the EU as well. And the politics of several other Central European nations such as Hungary have similarly taken a distinctly anti-old, established order texture as well. And all of this is going on without even considering the way some in the recent immigrant ethnic minorities in many European nations now find themselves unable to fit easily into the prevailing social order – and similarly unable to find a way to express their discontents via the existing political system – driving them to more radical discontents.

Political parties became a standard feature of the political landscape in many nations in the wake of the industrial revolution, the successful revolutions in the American colonies and in France, and a thoroughgoing overturning of the ancient European political and economic order as a result of Napoleon’s conquests. As nations industrialised further, the demands of newly urbanised workers drawn into cities found a ready avenue through new parties. (An older British order of Tories and Whigs broadly representing the new urban elite versus more the traditional country gentry came to be supplanted by the duopoly of Tories versus Liberals, and then Tories and Labour in sequence.) Political parties thrived by bringing together and articulating the needs, desires and goals of citizens, pressing them on the parties to carry them out, in exchange for their votes at regular intervals. Even radicals found themselves logically in political parties that aimed to gain power, still, largely through the ballot.

But in our current age, the old parties seem increasingly unable to articulate the demands of whole sectors of societies, even as communication technology brings these demands forward unceasingly and with greater urgency and force. The political party no longer controls or shapes the message, just as would-be leaders find ways to use electronic media to continuously reshape and unsettle the political landscape. For those who want a fundamental change in the economic order, or who want to press the demands of a racial, ethnic, or religious population, normal politics increasingly seems to be a waste of time when there are more direct ways to influence things. Societies splinter apart and groups who ultimately reach towards violence find that method has its appeals as well.

And so, what of contemporary South African society? The oldest political party in the nation, the African National Congress, increasingly seems unable to respond effectively to the demands of those at the bottom of things who seek a deep restructuring of the economy in their favour, or those who would establish accountability and honest, effective governance. Suspended between the implacable demands of the hyper-patronage networks deeply entrenched to redistribute the goodies gained from control of the state versus the pressure from yet others who increasingly sense danger from continuing with status-quo-ism, the governing party lumbers on, hoping it can escape the tide of increasing emasculation of political parties as it is being experienced in so many other nations.

But, as Alexis de Tocqueville had warned of a weak reformist government in Czarist Russia some 150 years earlier, “The most dangerous moment for a bad government is when it begins to reform.” Back in De Tocqueville’s day, information did not spread out and permeate throughout a nation at light speed, seemingly capable of convening an angry opposition out of the ether. The earlier idea of a vanguard political party setting the pace and direction of a movement and of change may well belong in that old order Gramsci had predicted was dying out. But what may come to replace it is still unknown. DM