Op-Ed: A low carbon future – the meaning of carbon tax and offsets 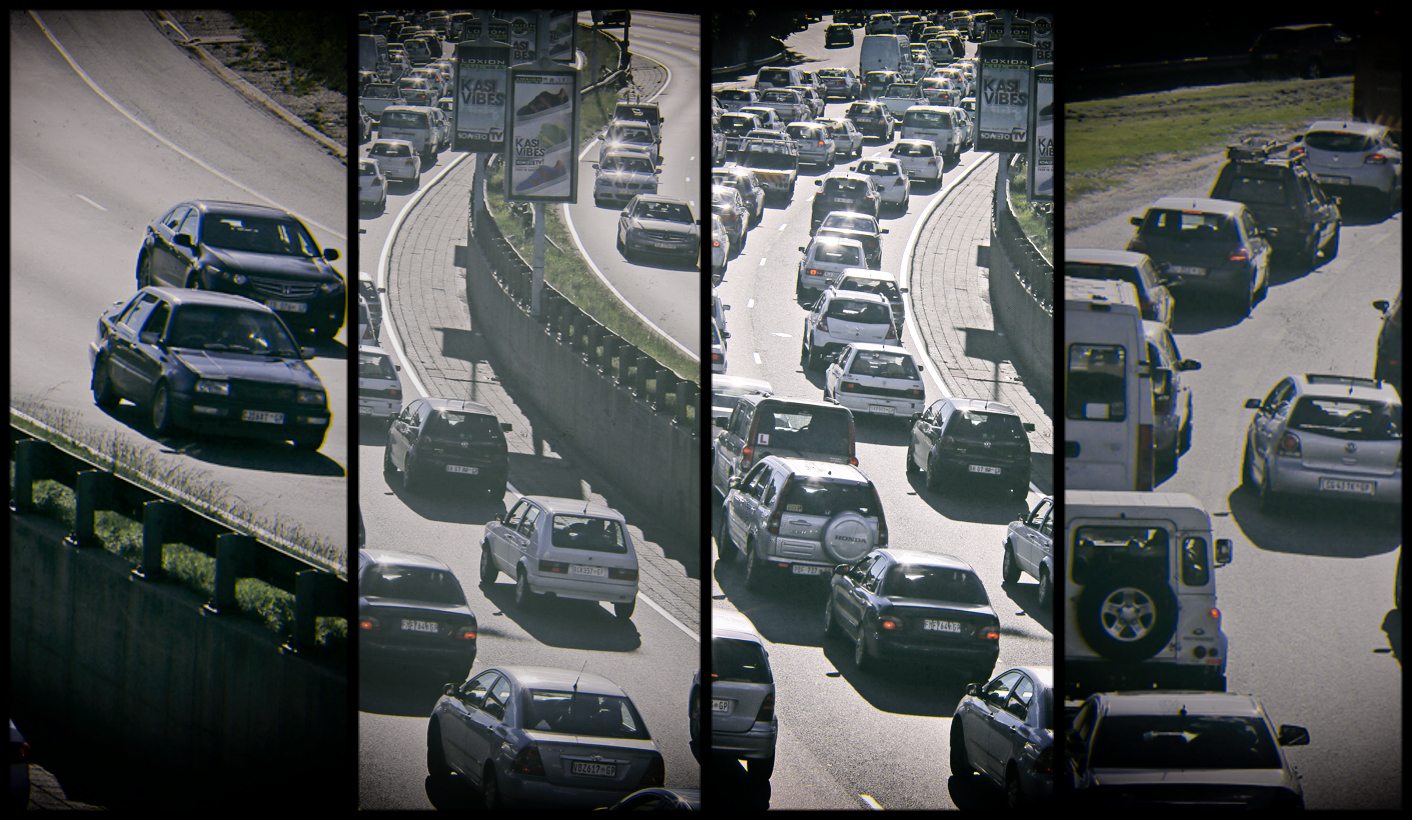 National Treasury has circulated the draft regulations for carbon offsets, and will shortly present a revised draft of the full carbon tax for submission to Parliament. This carbon tax has both supporters and detractors. By JAMES REELER and SALIEM FAKIR.

The key question for South Africa is how will it be done, and how we ensure it that it does not hurt the economy, nor the poor. In any case, given the increase in electricity prices over the last few years, the tax liability of companies that have adjusted to these price hikes will be better off than companies that are stuck with old technologies or business models that make them reliant on fossil fuels or methods of production that lead to high emissions of carbon dioxide.

The carbon tax ought to help achieve three things: lower carbon intensity from improved energy efficiency or through switching to alternative energy; it ought to stimulate new growth, new technologies and enterprise; and it should encourage development of new product lines which in turn would stimulate new investments and jobs. This is why a carbon tax, unlike alarmist claims, is not a zero-sum game.

With more than 40 countries, 20 subnational jurisdictions and over 200 global companies imposing carbon pricing in some form, the writing is on the wall: a global carbon price is on the horizon. Airline emissions will be priced soon, and it is likely that shipping will be included in the near future. Basically, if South Africa does not impose carbon pricing, it will be imposed upon it. It is true that the current carbon tax proposal is not perfect, but it is nevertheless immensely better to have a flawed, but fixable, instrument in place than to have nothing at all.

Increased electricity prices already make a strong case for business and industry to invest in energy efficiency. The proposed tax price of R120 and the extent of rebates mean that the carbon tax will not change this much, with no increase in electricity price and a 1% to 4% increase in the price of fuel. It nevertheless makes sense that an initial, low-cost tax be piloted in order to iron out the monitoring and reporting structures to ensure its enforceability, while accustoming tax-liable entities to the process.

It is critical for government to adhere to the proposal to increase the carbon tax over the first phase, and when the rebates are reduced during the second phase, alternative options such as on-site renewable electricity generation and more significant efficiency investments become financially attractive. Without this increase, the carbon tax will fail to leverage any real change.

It is also important to bear in mind that those industries and businesses that act early will have an advantage, both competitively through improved efficiencies and through reduced tax liability. In effect, a carbon tax can improve business viability, by requiring investments in energy efficiency that would otherwise be uneconomic for a business.

In the transition phase the carbon tax should be used as a tool to prod change, and revenues generated from the tax should be used to assist struggling sectors and those most likely to be affected from the transfer of costs to consumers (in the first phase the effects will be negligible). In the short term there should be revenue neutrality and in the long term government will benefit its tax base through improved use of energy, new investments due to productivity, and new technology.

Accompanying the draft carbon tax bill are the just-released draft carbon offset regulations, which are an important component of the national mitigation measures. They indicate that the National Treasury has been listening to inputs from the public, and has put serious thought into the risks of carbon offsetting. At present, any tax-liable entity will be allowed to avoid some of their carbon tax liability by purchasing offsets.

The basic concept underlying carbon offsets is that a tonne of greenhouse gas is effectively the same wherever in the world it is emitted. Therefore, if the implementer of some regulated activity that emits a greenhouse gas can pay to have an equivalent amount measurably removed (or “sequestered”) from the atmosphere elsewhere, on balance he will have met his obligation.

Of course, this requires that the activity that sequesters the greenhouse gas is not itself subject to regulation, and that this removal would not have occurred anyway (termed “additionality”). Government needs to put strong requirements in place to ensure this additionality, and to regularly check that the assumptions are still valid for projects.

Offsets need careful consideration if they are not to be abused and used as false measures of progress. Offsets should reduce the overall emissions profile of the economy, not maintain the status quo or result in an increase (which is termed “leakage” in the technical jargon of the field). Offsets should not be a free pass for polluters and a financial windfall for market speculators.

There is still a need for some changes to the proposed carbon offsets structure – principally limiting it to sectors that have no alternative but to offset – but it is a necessary component of the national mix of measures required to facilitate a transition to a low carbon economy. The main risk is associated with the complexity of implementation.

Carbon offsets are a critical part of what is called the mitigation hierarchy. It is important first to both avoid emissions wherever possible through investment in renewable energy and ceasing activities that provide little benefit to society, and to reduce emissions across low energy technologies, public transport, solar water heating, and any number of means of improving energy efficiency.

However, certain essential activities such as the manufacture of steel have no alternative to greenhouse gas emissions. As long as society depends on these activities, greenhouse gas emissions are a given; offsets are the only means of reducing total emissions from these sectors. For this reason, offset allowances should be limited only to essential activities that provide the most benefit to the economy and the poor.

The appetite for offsets from these activities should suffice to catalyse improved mitigation in sectors not currently liable for a carbon tax. Not using offsets for other sectors will prevent offsets from undermining the incentive provided by a carbon tax to improve the efficiencies and reduce intensity of processes in these sectors.

Moreover, not all offsets are created equal. While the Treasury white list of approved activities excludes many of the more egregious forms of offset generation, some have more risk associated with them than others. Curtailing methane emissions from waste or dairy manure lagoons is straightforward, readily measured, and largely uneconomic at present, and therefore is a good, low-cost option that makes sense to implement.

Fuel switch options are less simple; switching between different fossil fuel types should not be encouraged as South Africa transitions towards a low carbon economy, and the economic case for renewables makes these viable even without carbon credit finance. However, for effective fuel switching to occur, reforms in the energy sector are necessary.

A more effective means of financing the switch to renewables would be the finalisation of a feed-in tariff to allow generation of electricity by homes, businesses and larger installations.

This should be decentralised to local government.

The national offsets registry should be complemented by recording all offsets generated within the country, voluntary or regulated. If this is not done, a credit could be sold to a buyer outside the country, who will record the reduction against his regulation. It will also be captured in the national Greenhouse Gas Inventory, which is part of South Africa’s regular reporting to the United Nations Framework Convention on Climate Change. This is called “double counting”, where a single emission is claimed by two different people, and is one of the big risks of offsets. By ensuring that the national registry tracks where such credits are sold, it will enable South Africa to avoid double counting.

Moreover, government must ensure that the systems in place for application of the tax and offsets are up to the task. Given that many of the proposed offsets have a restricted credit period, it will be necessary for offset purchasers to replace credits once they expire: this means that seven to 20 years after a credit is purchased, the entity will have to buy new credits.

This is considerable longer than the usual period for which tax records are retained; government must ensure that this is adequately enforced or the validity of the offsets will be undermined.

Overall, it is encouraging to see that the government of South Africa is pushing forward with internal measures to make good on its international commitments and obligations to its own citizens to reduce greenhouse gas emissions. DM

Photo: Rush hour traffic is congested as people rush to get home on the N1 highway in Johannesburg, South Africa, 04 December 2013. EPA/KIM LUDBROOK