GroundUp: Somalis fear for their lives after Tshwane riots 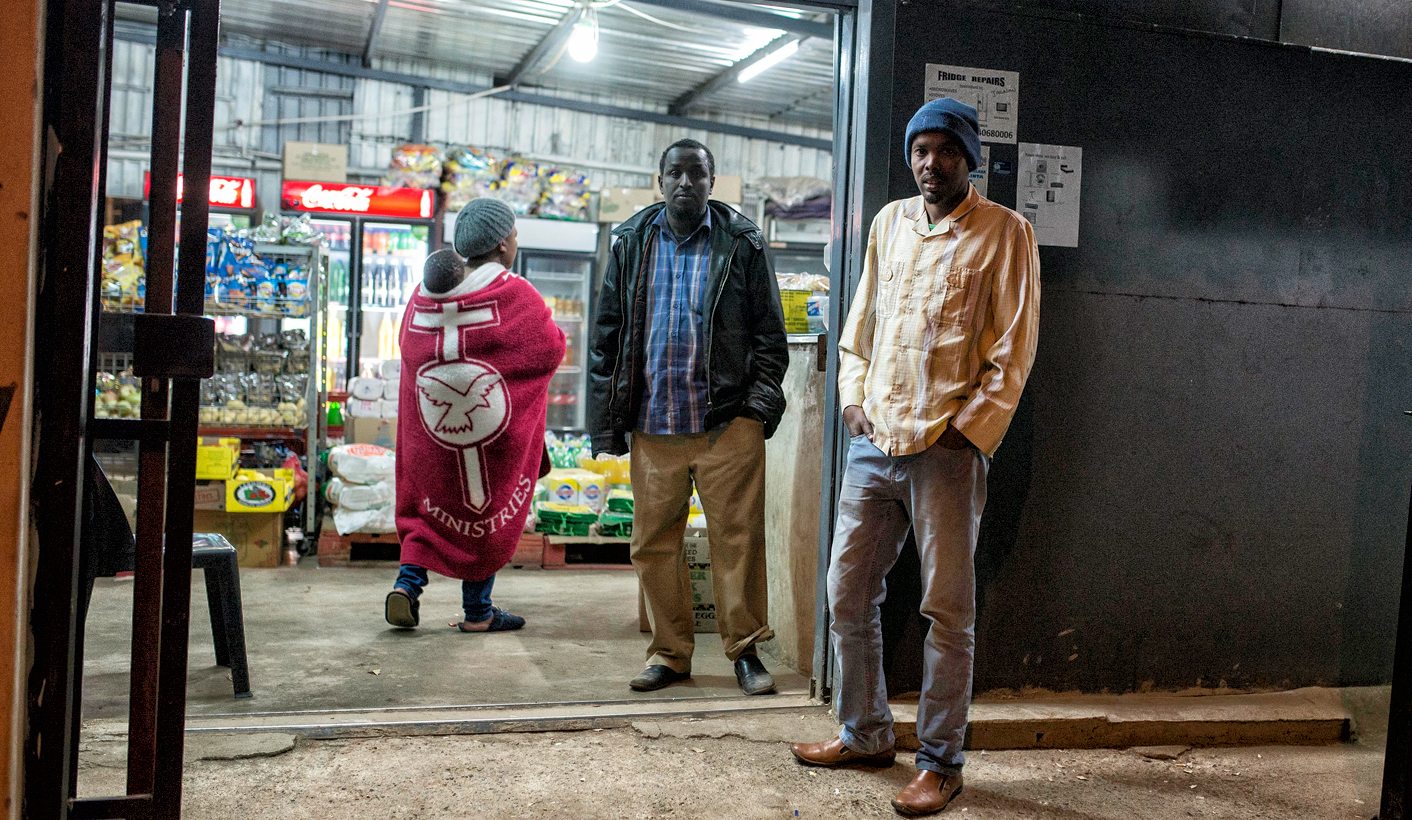 Shops and homes have been destroyed, and people brutally attacked. Over 300 people are sheltering in community centres. But for many of them, leaving is not an option. By GROUNDUP.

It was a few minutes past noon on 21 June when Somali immigrant Ahmed Ibrahim Hashi spotted a crowd rapidly approaching his spaza shop in Atteridgeville. Hashi (28) and his cousin Abdullah* knew what was coming. Not many options were available for the men who had fled Somalia in 2009 – stay and face possible death or run. No police in sight. There was hardly time to think and no time to lock their spaza shop.

Hashi and Abdullah sprinted through the streets of Atteridgeville as fast as their legs could carry them.

Their spaza shop was pillaged. The crowd of mostly young people ran after them. Abdullah asked a family to hide him. They did.

But Hashi was not so lucky. The crowd caught up to him. He was beaten; his face smashed with a brick. They left him for dead. But he was rescued by other Somalis and taken to hospital for treatment.

He is now recovering at a Somali community centre in Pretoria West in a house filled with people displaced by the recent violence in Tshwane.

Hashi is in a tiny room just big enough for two single beds. Because of the wounds on his shoulders and back, he sits up with difficulty and covers himself with a blanket. His face and lips are swollen and his eyes are bloodshot from burst blood vessels. Damage to his jaw means he can hardly speak and he has to eat through a straw.

“You won’t believe me when I tell you, but Ahmed is actually looking much better today,” says Suleiman Hussein, the chairperson of the Somali community board and the man in charge of looking after the needs of over 300 Somalis evacuated from Tshwane’s townships following the violence. “A few days ago you wouldn’t have recognised him. His head was as big as a balloon. He couldn’t even open his eyes.”

Two Somalis are still in an ICU ward, one of them in a critical condition.

“Honestly I’m not sure if he is going to survive,” says Hussein.

Photo: Somali migrants at evening prayers in a mosque in Tshwane. (Ihsaan Haffejee )

The Somali shopkeepers lived in back rooms attached to their spaza shops. As a result of the attacks and destruction they have lost not only their shops but also their homes.

“Now we have a situation where all these men are staying in shelters like this one. But as you see, it’s very crowded with nine or ten guys in a single room. They have also lost everything, so we have to provide them with food, clothing and shelter. We have come together as a Somali community to help but we also need some assistance from whoever else can help,” says Hussein.

“I know a man who had his shop looted. He has ten children and has lost everything. Today, he is just sitting at home and crying. People are in a state of shock. They are in need of trauma counselling,” he says.

His phone rings continuously with more requests for mattresses, spare rooms and food for displaced Somalis.

Photo: Somali migrants at prayer after the ending of the day’s fast. (Ihsaan Haffejee )

Hashi came to South Africa as a 22-year-old, hoping to live in peace.

“The way I thought it would be in South Africa, it is not like that. Once I recover, I think I will make my way back home to Somalia. If I’m going to be killed, it would be better if it was in my country,” says Hashi.

The call to evening prayer rings out at a nearby mosque, signalling the end of the fasting day. Free meals are provided at the mosque for those displaced by violence.

27-year-old Abdul Razzak has some rice, water and a banana. He performs his evening prayer with hundreds of other Somalis then makes his way to a nearby shelter.

Photo: Abdul Razzak’s shop in Soshanguve was looted. Last year, he was also shot in the leg. (Ihsaan Haffejee )

His spaza in Soshanguve was looted during the recent violence. This time, he escaped without injury, but in 2015 he was shot in the leg during a similar incident.

“We escaped through a back door when the people came to loot us. So we have lost everything; we have nothing but our God,” says Razzak.

“There is nothing else for me to do but to try to go back [to the township] and make some business because no one in this world will support me except me. I have to take a risk and go back once I hear that it is safe, even though I feel sometimes it’s more dangerous than when I was in Somalia. But I have to try. There are too many people who are depending on me.” DM

HIV and circumcision: Assessing where we are

Siyabonga Kamnqa for Spotlight
Save 8 mins