Zambia: Ahead of August’s election, is the fix already in? 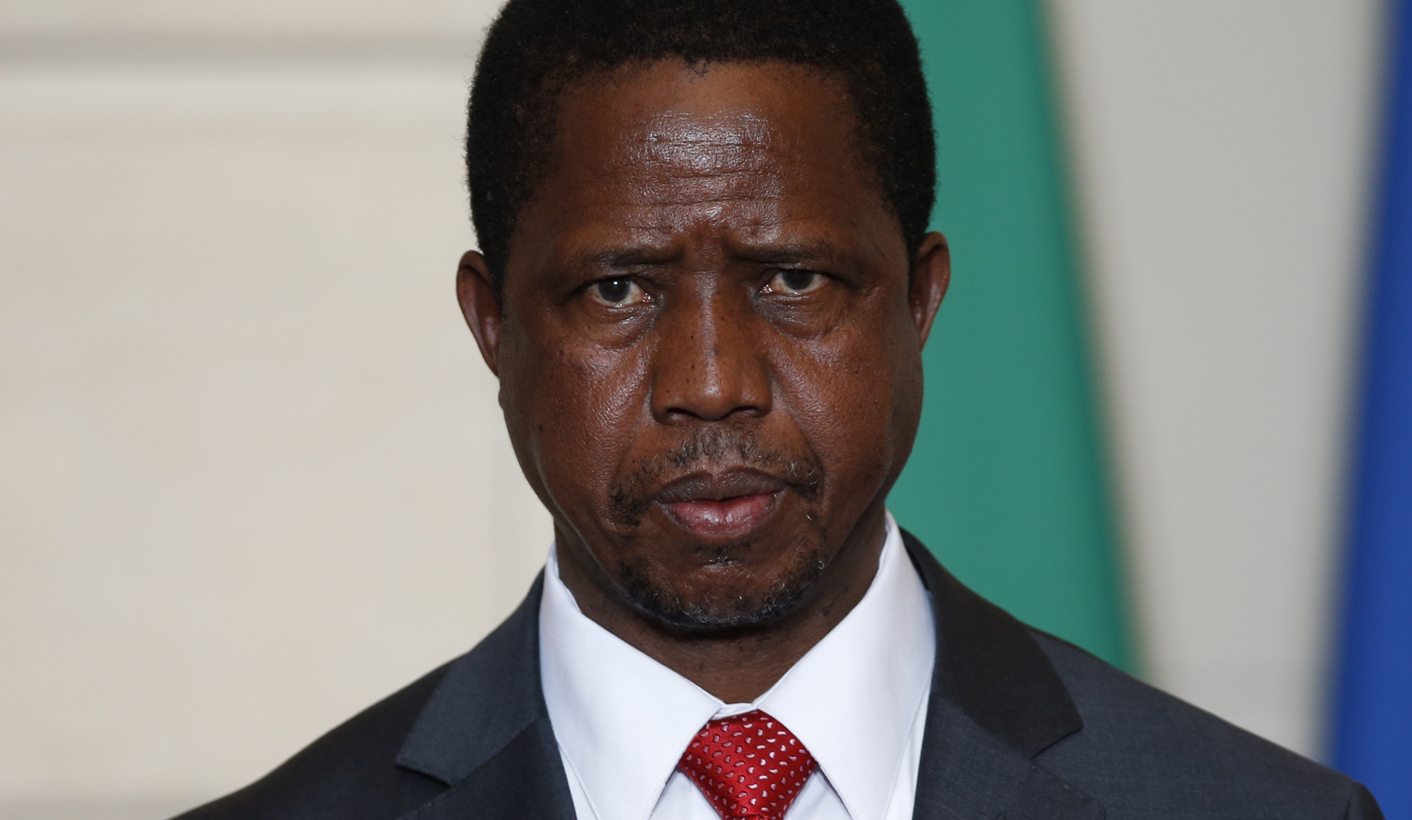 Earlier this month, a Zambian news outlet released what it claimed was the ruling party’s top-secret strategy to steal the presidential election scheduled for August this year. While the document itself has yet to be verified, there is no doubt that the strategy is already being implemented, almost to the letter. The fix appears to be in. By SIMON ALLISON.

Zambia has long been one of Africa’s proudest and most accomplished democracies: a nation where elections are frequent, campaigns are peaceful, and leaders accept defeat. No more. Ahead of what is anticipated to be one of the closest elections in recent memory, Zambia’s ruling Patriotic Front appears to be doing everything in its considerable power to guarantee victory for its candidate, President Edgar Lungu. It is not playing fair.

Earlier in June, in an exclusive, the online newspaper Open Zambia leaked the details of “Operation 777”. This was, the paper claimed, the Patriotic Front’s top-secret document which outlined the nuts and bolts of its strategy to intimidate opposition, silence free media and rig the results of the 11 August poll.

The document was extraordinarily detailed, even providing mobile numbers for individuals tasked with implementing each section. Among other actions, it outlined how the Patriotic Front planned to:

It’s difficult to verify the authenticity or otherwise of this document. But the document itself doesn’t really matter. What matters is that the strategy is being implemented, almost to the letter, suggesting that the winner of August’s election is intended to be a foregone conclusion.

Take The Post. This is, according to the International Press Institute (IPI), “one of the only media outlets giving balanced political coverage” ahead of the elections. It’s a critical, independent voice in a country that doesn’t have many left – and none with its reach and appeal. But last week, tax inspectors shut it down, saying that it owed $6.3-million in back taxes.

The Post doesn’t dispute the debt. But it does dispute the timing. It also points out that other publications – government-friendly publications – are in similar trouble, but remain open. IPI’s Steven Ellis said the closure of The Post looks like the result of political pressure on the tax authorities.

“They aren’t accused of any public safety threat or improper actions while reporting, so there’s no reason not to wait six weeks and let them cover the election. The courts will sort it out, the debt will be paid and no one will be harmed. In contrast, if they’re shuttered now, voters won’t have a full array of information on which to make an informed choice about their future. That harms the voters and democracy, and ultimately Zambia,” said Ellis.

Another element of “Operation 777” is a directive to select a specific, “user-friendly” Dubai-based printing company to print the ballots. This would allow for the printing of extra ballots which can be marked ahead of time.

Sure enough, the Dubai-based Al Ghurairi Printing and Publishing company won the tender to print the ballots – even though South Africa’s Ren-Form CC was half the price, and had worked in Zambia before. Opposition parties have cried foul, and even a government regulator advised that the contract should be scrapped because of irregularities. The Electoral Commission of Zambia ignored this advice.

Meanwhile, Al Ghurairi has kept suspiciously quiet. “Al Ghurairi’s failure to address the complaints of opposition parties has only fed into growing speculation that it is colluding with the ruling authorities to undermine Zambia’s electoral process,” said policy analyst Sishuwa Sishuwa, writing in African Arguments.

These are not the only aspects of the leaked strategy which appear to be coming true. Take the military’s frequent restrictions on the use of air space by the opposition United Party for National Development. In such a large and poorly-connected country, unreliable access to aircraft and helicopters makes it very hard to campaign.

Or take the reports that huge numbers of Malawians – in their thousands – have allegedly been recruited by Patriotic Front officials to register as voters, apparently being paid to do so and advised to take on Zambian-sounding names. Not coincidentally, it was The Post that broke this story, and the reporter who did most the work, Peter Sukwa, was assaulted and urinated on by ruling party supporters for his troubles.

Or take the gross irregularities in the electoral roll, which includes about 132,000 duplicate voters. Transparency International Zambia described the duplicates as “criminal”, and said they could have a huge impact on the result. “It is an alarming number, it is a huge number because as you may recall, the past presidential election, the difference between Mr Lungu and the winner and the nearest contestant, Mr [Hakainde Hichilema], was only 27,000. Now you have an extra 100,000-plus, over that difference. Certainly it risks denting the credibility of this election,” said the corruption watchdog’s president, Lee Habasonda.

Individually, all of these incidents are all extremely worring. Taken together, it’s hard to escape the conclusion that they represent a co-ordinated attempt to illegally influence the results of the next election.

“The closure of The Post is now quite clearly part of a more systemic effort to unfairly tilt the playing field in the ruling party’s favour. This broadside on press freedom less than two months before the general election comes amid other major concerns, including the registering of thousands of foreign nationals and questions about the overall validity of the electoral register, the hostile rhetoric being espoused by President Lungu against the political opposition, as well as the documented incidents of political violence. Zambians deserve free, fair, and credible elections. The current trajectory of events casts serious doubt on that possibility,” said Jeffrey Smith, the executive director of the Vanguard Africa Movement, an organisation working to advance good governance and reform across Africa.

On this evidence, what Zambians will get instead of free and fair elections is a vote whose result has been determined before any ballots have been cast. Zambia’s status as a role model for democratic accountability in Africa now hangs by the slenderest of threads. DM