Op-Ed: Mayibuye is more than just interracial transfers of ownership 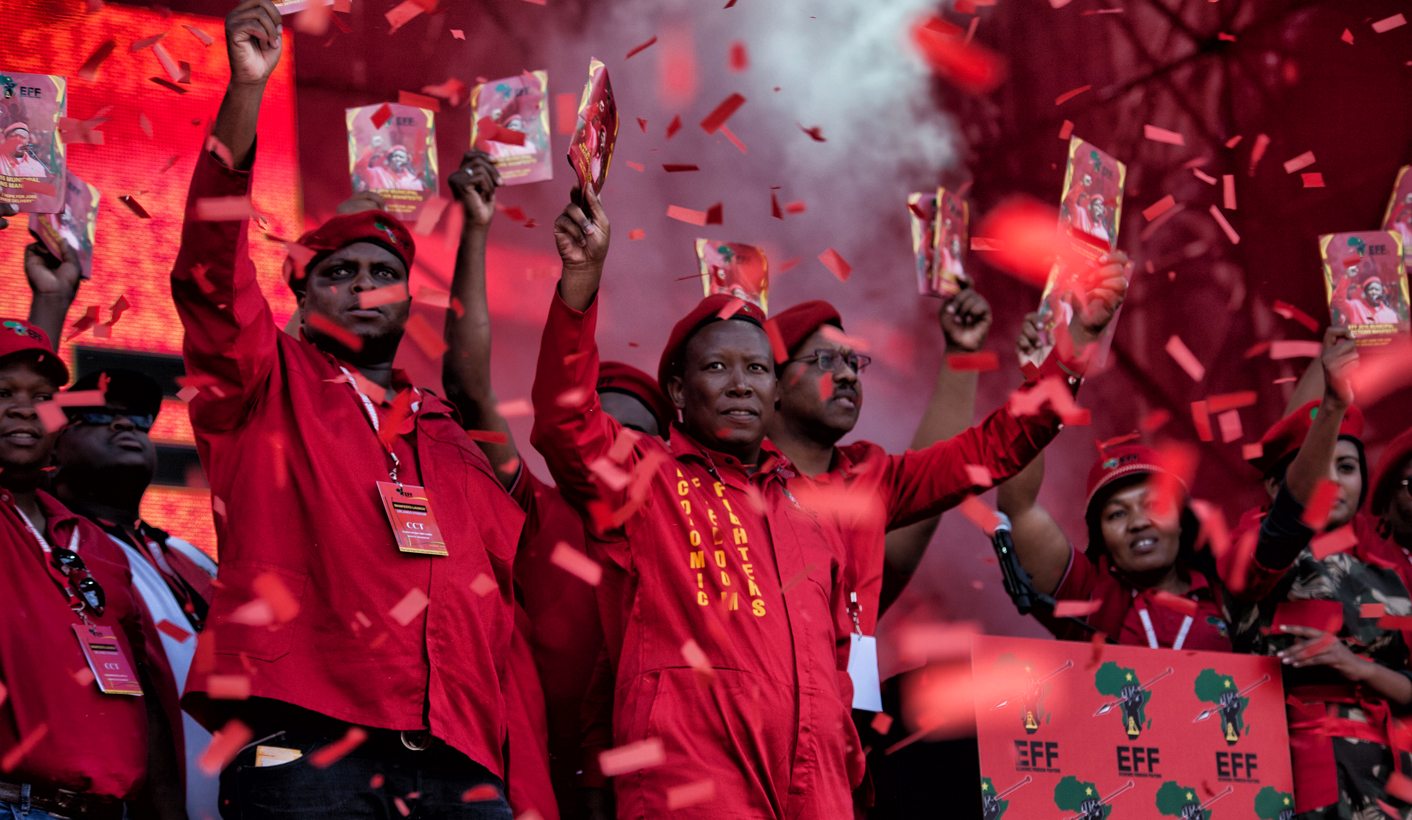 The policy put forward by the Economic Freedom Fighters on land would see it all transferred to the state. The current owners, regardless of who they are, would not be compensated for their loss. Then, the state would issue 25-year, renewable land-use licences to those who apply and have a plan to use the land productively, presumably in exchange for a management fee. By T.O. MOLEFE.

The party proposes a similar transfer of ownership of other strategic assets to “the people”, who they seem worryingly to see as interchangeable with the state. The mineral wealth beneath the soil, the Central Reserve and other banks, and other strategic sectors such as energy and telecommunications; each would be expropriated without compensation and delivered to the hands of “the people”.

But… why stop there? Why not do away with perpetual, individual ownership of all assets, not just land and other strategic capital assets? This is, of course, a provocation – hopefully a useful one on the 103rd anniversary of the day South African natives awoke to find themselves, not actually slaves, but pariahs in the land of their birth.

After all, the party’s proposals are a response to the outcomes of the violent, white-supremacist and acquisitive actions of Europe’s imperialist powers and the white settler populations they brought here. These acts inscribed racialised inequalities into every facet of South African society – from the languages and epistemologies of higher education, to access to basic services and housing.

The EFF’s policies find traction now, 22 years after the supposed fall of apartheid, because it has become apparent that the transition to democracy failed to dismantle these racialised inequalities – and won’t any time soon. In the meantime, because they are unjust and perpetuate injustice, the inequalities stoke insurgency against the rules, systems and structures that allow them to remain in place, prompting those invested in the current social order to defend them.

These inequalities are what triggered the nationwide Fees Must Fall protests, prompting university management to crack down by permanently expelling the student activists involved rather than opting for more conciliatory actions. They are why platinum miners gathered that fateful day on the koppie at Marikana, prompting the mine’s directors and the state to conspire to end the protest by any means necessary. They are why people continue to ignore the rules and build shacks on vacant land, prompting local authorities to tear them down.

These growing tensions will continue to manifest violence. We’d be wilfully negligent to think we can carry on as is without negative consequences.

There are two important issues the EFF’s policy proposals attempt to respond to that cannot be dismissed or decoupled, at least not honestly, even by those who think the policies themselves ruinous.

The first is the recognition that assets, within the global capitalist superstructure, give their owners greater power, thus influence, access and eventually income, than those without. Owning assets, capital assets in particular, whether inherited or supposedly earned, is like doping in sports. It makes a mockery of the idea that success comes from innate abilities and hard work.

The second is that the distribution of ownership of all assets in this country, not just land, is built on an illegitimate base. It is built on a racist, sexist mix of dispossession, exploitation and exclusion that has never been remedied, at least nowhere near adequately enough. So, it continues to replicate itself and propagate because of the first issue.

To put it more directly, white men in this country are overrepresented among the top income earners, not because they work harder or are more talented, but because the historical outcomes of the imperial, colonial and apartheid projects have skewed the ownership of and access to performance-enhancing assets in their favour.

If, by crying out, “Mayibuye iAfrika”, we are calling only for the ownership of assets to be deracialised or transferred from white to black hands, then we aren’t really calling for justice and equality. What we are actually saying, then, is that we’d like to shift the distribution of ownership but retain the inequitable superstructure within which that system of ownership operates. We are saying, in that case, that it is our turn to cheat.

The real urgent land question, therefore, isn’t as much about who should own it but rather what ownership signifies and under what structure it should operate to create a more equitable and just tomorrow. The EFF’s proposal that the state be entrusted with ownership might not be the right one, given how susceptible to capture the state has revealed itself to be. But it is at least an attempt to respond to this urgent question, an endeavour few seem willing to attempt. DM

T.O. Molefe is an independent writer. This article was written with the support of the Nelson Mandela Foundation.