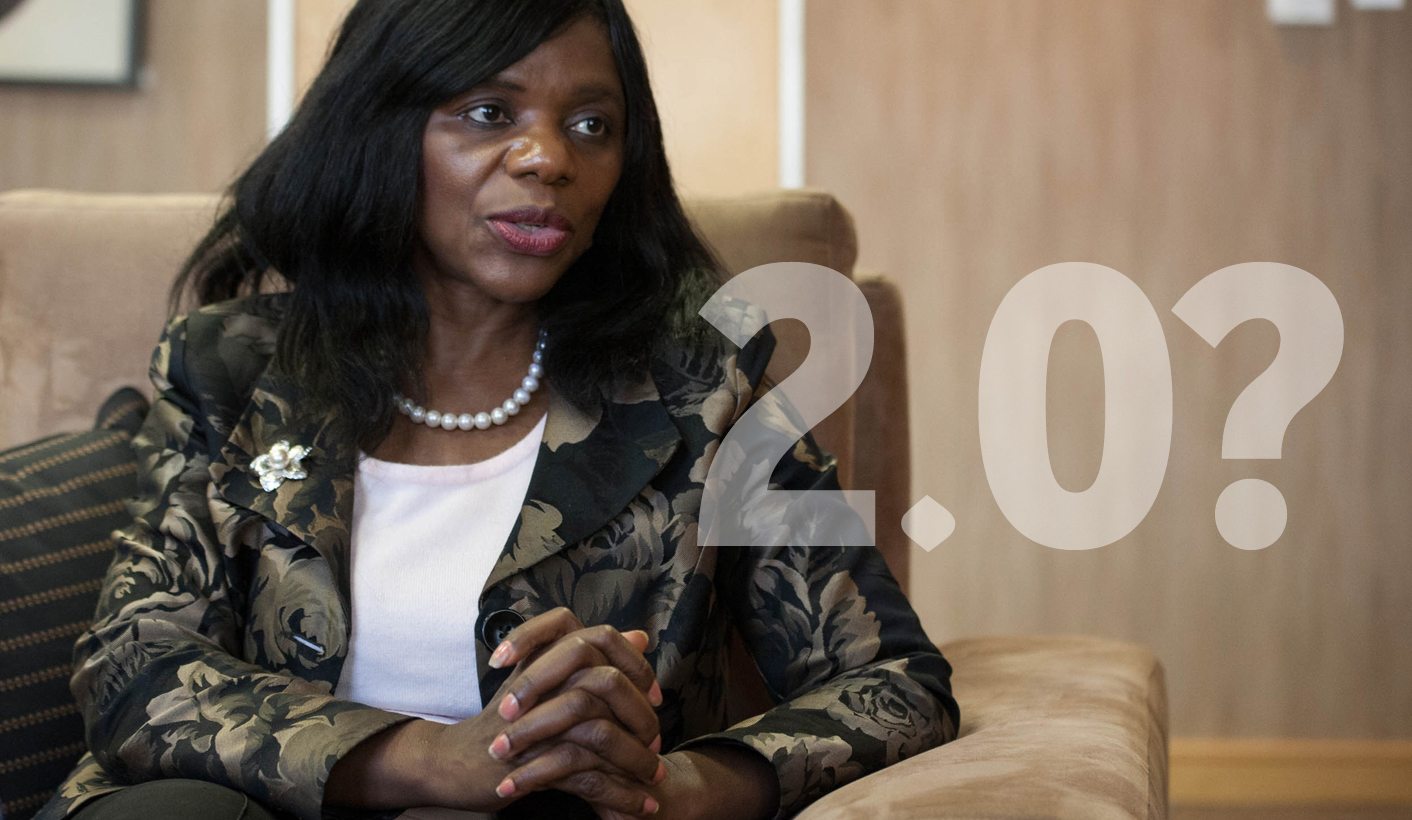 There’s just over a week for public comments on the 59 nominations for the next Public Protector to reach the parliamentary committee heading the process. On Tuesday committee chairwoman Makhosi Khoza said next week Friday (8 July) was the last day for public comment. Then a committee short-listing process would lead to interviews after the 3 August local government elections. It’s a determination that has not always been in action for other public appointments dependent on MPs involvement, be it the SABC board, the inspector-general of intelligence or the National Youth Development Agency (NYDA). By MARIANNE MERTEN.

When Public Protector Thuli Madonsela leaves the post on 14 October, speculation is that this opportunity will be seized to install a less independent-minded person. Sharp criticism from a number of commentators, civil society organisations and opposition political parties has followed various appointments to key positions at the helm of the National Prosecuting Authority, Hawks, Electoral Commission of South Africa and elsewhere.

However, Khoza on Tuesday said she has not been contacted or lobbied by anyone. “No Luthuli House (the ANC head offices) has contacted me or directed me to speak to anyone… I have not yet been lobbied and I hope it will stay that way,” she said.

Instead, she maintained, it would be up to the next Public Protector to decide how to do the job. “Ultimately, whoever emerges (as Public Protector) will have to find his or her own moral compass. Am I going to conduct myself to be a puppet or will I be a Public Protector? It’s what you do in that position. It’s the person’s moral compass that’s the determining (factor).”

The Public Protector is established in Chapter 9 of the Constitution as an institution supporting democracy to “investigate any conduct in state affairs, or in the public administration in any sphere of government, that is alleged or suspected to be improper or to result in any impropriety or prejudice”. The Public Protector, according to Section 183 of the Constitution, serves a seven-year non-renewable term of office, and the recommendation for appointment requires at least 60% of the 400-strong National Assembly according to Section 193, before the name is sent to the president for appointment.

Among those nominated are advocates, judges, at least one professor and one activist, as well as a serving and a former ANC MP.

[Note: The ad hoc committee has undertaken to post on Parliament’s website the nominees’ curriculum vitaes, although ID numbers, cellphone details and some personal information like number of children would be redacted. For now the list of names – who was nominated and who declined nomination – is available here.

Despite MPs being on an extended “constituency period” ahead of the municipal poll, the search for the next Public Protector has ploughed on doggedly. Such determination has not always been on display in other selection processes that MPs have to be involved in.

Most notably, six empty seats on the SABC board have been left vacant for up to two years. Aside from 12 non-executive members – nominated though a parliamentary process, approved by the National Assembly and appointed by the president – the chief operating, chief financial and chief executive officers serve on the board, according to the Broadcasting Act.

In mid-2014 SABC board member Thembinkosi Bonakele resigned, in December 2014 board chairwoman Zandile Tshabalala followed suit after the parliamentary communications committee recommended President Jacob Zuma dismiss her over misrepresenting her qualifications. In January 2015 Bongani Khumalo also resigned from the board of the public broadcaster.

In two separate special board meetings in 2015 Hope Zinde, Rachel Kalidass and Ronnie Lubisi were removed under the Companies Act, not the Broadcasting Act – a move subsequently approved by Communications Minister Faith Muthambi. The minister now has also tabled amendment legislation which, according to the DA, effectively removed Parliament’s role in the SABC board appointments.

Late last year the parliamentary communications committee recommended the filling of the three vacancies due to resignations, but there has been no movement on actually holding those interviews. The three vacancies created by removal by the board have been referred to the presidency, it emerged in a communications committee meeting late last year.

Vacant for 15 months now is the inspector-general of intelligence post, established in Section 210 of the Constitution to oversee the police’s crime intelligence, that of the defence force and the State Security Agency (SSA).

Despite repeated attempts last year, the ANC failed to get the at least 18 opposition votes needed for the two-thirds approval threshold for its preferred candidate, Cecil Burgess. Twice last year at the last minute the ANC pulled the vote for the former chairperson of the joint standing committee on intelligence (JSCI) and the ad hoc committee that processed the Protection of State Information Bill. Earlier this year, the process was started from scratch in the JSCI, but the current election “constituency period”, and a change in committee chair, has effectively stalled the process.

With regards to the NYDA, earlier this month the Young Communist League of South Africa (YCL) criticised Parliament for the delays in finalising nominations for the new board, well after a month after the past board members’ term of office expired. The parliamentary process, City Press reported in February, was mired in ANC youth league in-house politicking.

The YCL said there had been no progress since seven names had been announced. “Further delay of the process of appointing a board will constitute an injustice to the young people of this country who desperately need the assistance of the NYDA,” the YCL said in a statement ahead of Youth Day on 16 June. “Our Parliament runs the risk of taking young people for a ride, while the youth programme is leaderless.”

And while Parliament has duly nominated candidates for vacancies in, for example, the Independent Communications Authority of South Africa (Icasa) and the Electoral Commission of South Africa (IEC), the incidents of failure to adhere to constitutional and legal imperatives are glaring. DM