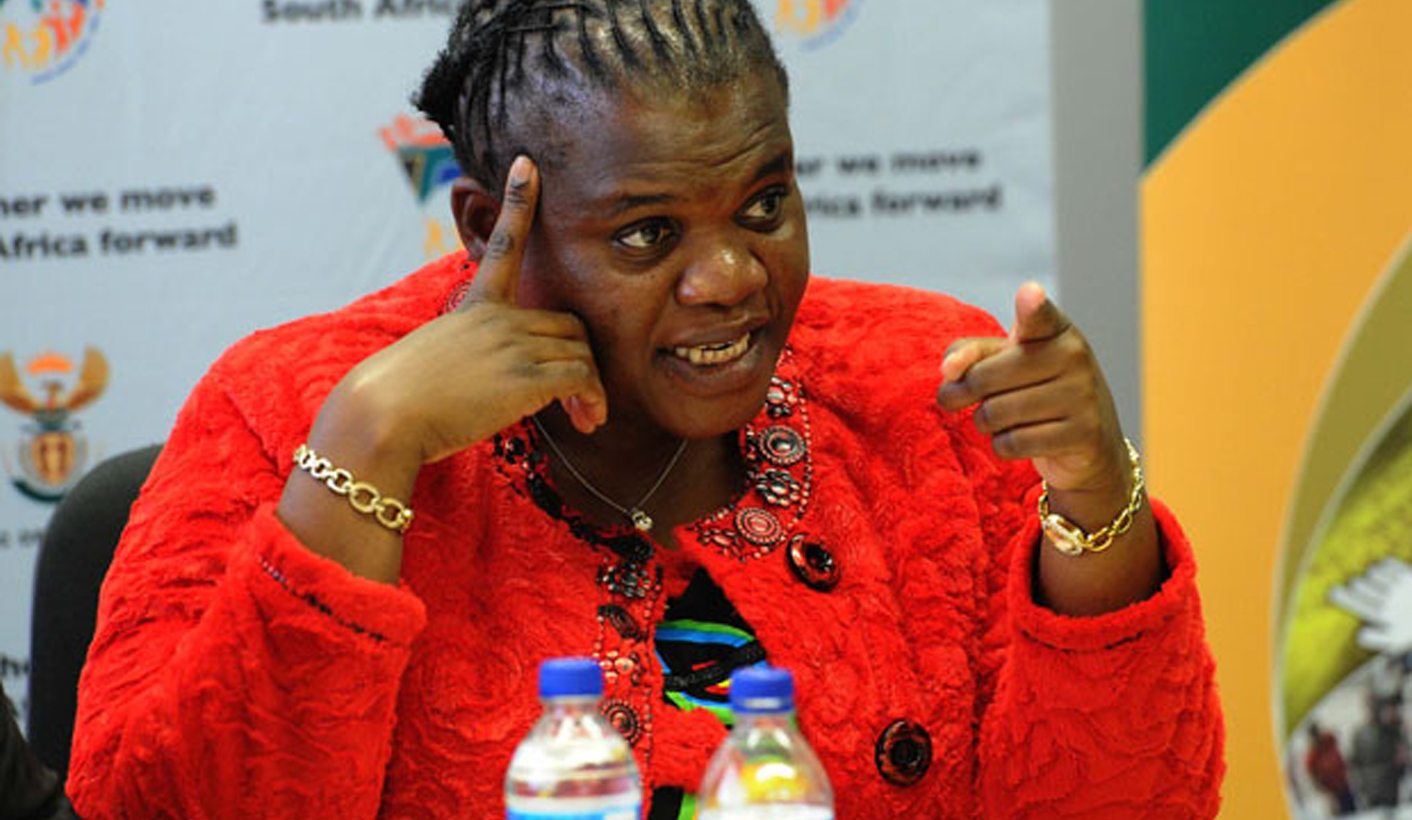 Every now and then a society has to make a decision that will be felt for 50 years or more. These decisions don’t happen often or come easy. Technology moves so quickly, some societies are able to reach consensus quickly, some are not. Nothing proves how complicated we are a society like the saga over digital terrestrial television. It is a real saga, with elements of comedy and tragedy, heroes and villains. Now, two of the main players, DStv and the Communications Ministry, have filed an application for leave to appeal to the Constitutional Court, after the Supreme Court of Appeal (SCA) overturned a new policy that is being implemented by Communications Minister Faith Muthambi. By STEPHEN GROOTES.

A long, long time ago, in a galaxy far away, on a planet that was mainly blue, and had once been fairly green, technology was evolving. In most places, the change-over from terrestrial television to digital television had happened quickly. But, in a small corner of the globe one country had botched it, quite wretchedly. It had dragged its feet, with opposing claims, heated arguments and furious lobbying behind the scenes. Eventually, the whole issue got caught up in the toxic politics that is today’s South Africa.

The player with the most to lose is e.tv. It currently broadcasts in an un-encrypted fashion on analogue terrestrial television. A few years, and several Communications Ministers ago, government agreed with e.tv that the encryption was the way to go. Then, Faith Muthambi entered the fray, and immediately did an about-turn. This she did without consulting e-tv, or even, as judges later noted, the communications regulator ICASA. For DStv, which broadcasts encrypted signals, this is great news. It would stand, it would seem, to ensure that their monopoly is protected, because only they would be able to broadcast high quality digital cntent, protected from piracy.

However, the ANC itself has said many times that it wants encrypted digital telly. Which means that Muthambi is surely, for reasons known only to herself, defying her own party.

Eventually the SCA ruled that Muthambi was wrong, not because of the merits of encryption, but because she had not consulted e.tv on her decision. It was the way she had made the decision, not the decision itself, that was wrong.

It seemed, after that ruling, that DStv was very much in the wrong here. They had entered this case obviously for one reason, to make sure e.tv never gets the chance to go encrypted. On a technical level, this matters. Government is about to roll out digital set-top boxes, which convert the digital signals into something analogue TVs can display. If these boxes are not fitted with encryption now, there will be no chance to do it again at a later stage. In other words, this decision will decide whether we will ever have pay-tv that comes through terrestrial television rather than a satellite dish. And to add encryption to these boxes should cost about two US dollars a box. With each box costing around R450, it would seem an obvious choice to go encrypted. It would be an investment that is cheap at the price.

However, in their papers, lodged before the Constitutional Court, the Communications Ministry makes some strong points. First, it points out that the only reason it is subsidising these boxes is to help people who cannot afford them on their own. “Such an added encryption facility,” it says, “is not necessary to assist the poor to migrate from analogue to digital broadcasts.”

It goes further, saying then that the only advantage of adding encryption to these boxes is that it “would allow free-to-air broadcasters, e.tv and SABC, to switch to an encrypted service if they wished to do so”. In other words, it’s saying that e.tv wants government to subsidise the cost of it using the new digital system to introduce pay-services.

Then comes a more technical, and perhaps in the end, critical point. The boxes that are being rolled out are supposed, in the view of government at least, to be temporary. As people go along, their TVs will die, and they will buy new TVs that have digital tuners, the set-top boxes will lie around unrecycled in scrapheaps everywhere. But, says the Ministry, if encryption is introduced here, then it will be impossible to actually stop using the boxes. Instead of being a temporary solution to this problem, they will have to become permanent. Even if you have a digital TV you will need this box to decrypt the signal.

This is probably going to be the deciding argument: e.tv will have to argue that actually these boxes will never be temporary, that TVs can last for ages (no moving parts, remember) and that it still only costs a small amount to add the encryption feature to each box.

One of the main points of the SCA’s judgment is that e.tv was not consulted when the policy was changed. But, the Ministry disagrees strongly, saying that “in this case, the encryption issue has been debated to death over almost a decade; e.tv in particular has had its say over and over again”. Essentially, the claim is that e.tv was consulted, the Ministry knows what the viewpoint of e.tv is, and it is entitled to go ahead and make its own decision anyway.

This may not be the high-water mark of this argument. There is already a legal definition of “meaningful consultation” and the test of this will be whether the submissions made by e.tv were taken into account at all, or not. Clearly they were not. There was no modification of any policy as a result of their view, and in fact, it looks almost as if they were ignored deliberately.

The Communications Ministry has been joined in this argument by DStv (technically, the legal party here is M-Net, because it still broadcasts a terrestrial encrypted signal. While it obviously echoes the the points made by the Ministry, it also adds a point it believes removes e.tv’s case.

e.tv says that it will never be able to broadcast high-quality content on an unencrypted system, because the Hollywood studios will not sell them content that can be pirated. DStv (sorry, M-Net) says that is not true. It points to examples in the US and the UK where this content is sold to free-to-air broadcasters that are not encrypted. It says also that international programme suppliers such as CBS and Walt Disney are happy to provide this content.

However, there could be two ready responses to this. The first is that those markets are very different to South Africa’s. In the US and UK there are several big TV competitors, all with long track records, and big audiences. Here, DStv is a dominant player. Anyone who still has one of those Top TV decoders will tell you that there is no content which DStv has not already bought up.

The second is more interesting. Earlier this year, the Competition Commission held a hearing into whether a deal between DStv and the SABC is a merger. That hearing has a bearing on this case, because the broadcasters’ critics believe the deal was the price of the SABC’s support of non-encryption. In that hearing, DStv introduced letters from CBS and Disney backing this claim that studios are happy to sell this content on unencrypted platforms. But, in papers before the commission, the letter from Disney is described as “guarded and noncommittal”, and both documents are described as “guarded and noncommittal”. This point could become crucially important later.

Both DStv and the Communications Ministry have now put up strong arguments. What we still lack is the motivation. Why is DStv getting involved in this case if it is not to keep future competitors in the pay-TV space out? Is this not simply about protecting their monopoly? And why, oh why, is Muthambi so set on defying her own party? Who does she really believes she accounts to, and in whose interest? DM