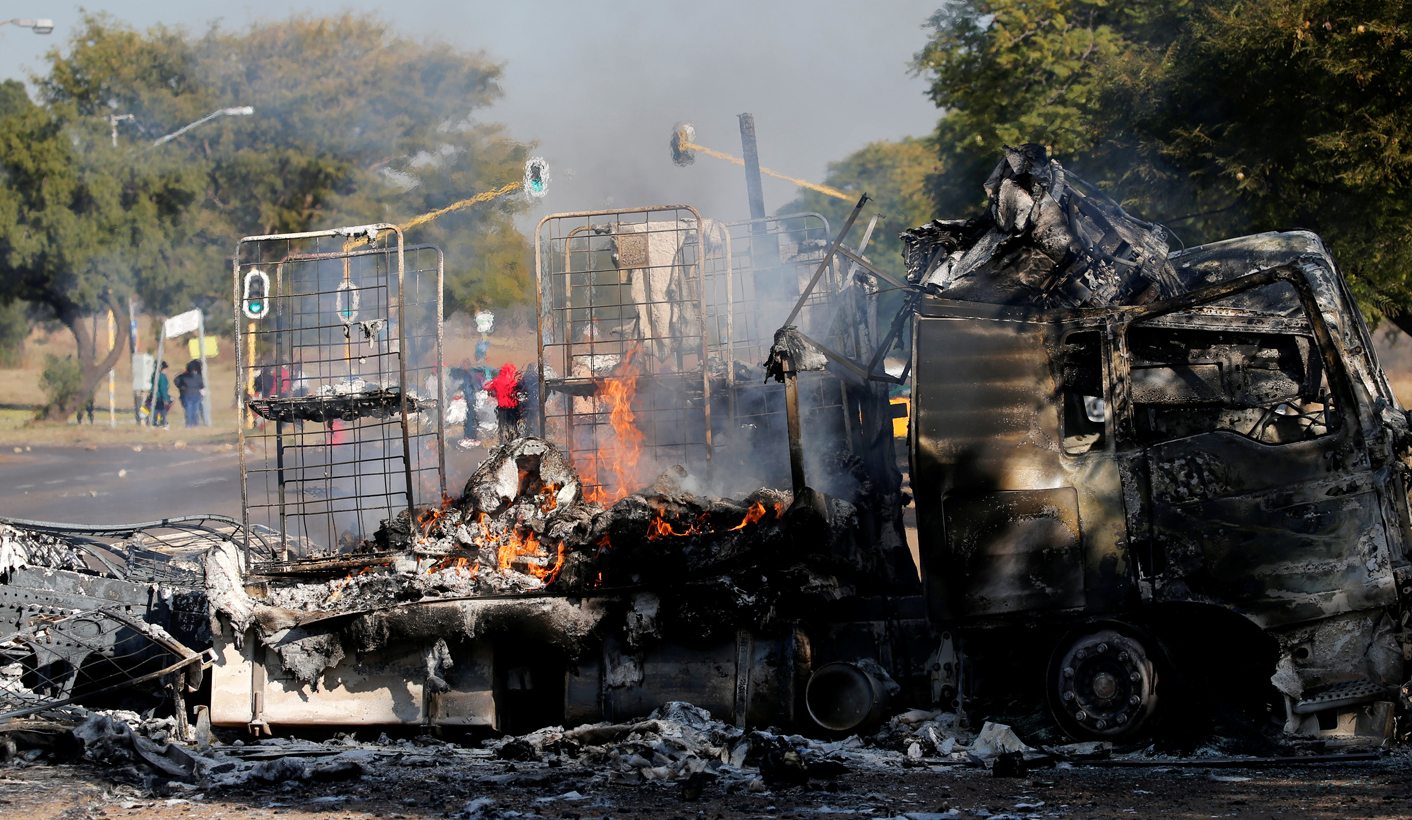 The ANC's decision to name Thoko Didiza as its Tshwane mayoral candidate has sparked protests, but the real cause is local factionalism, plaguing the region for years. Choosing between the region's recommended candidates or the incumbent necessitated a third option, with protests likely for every choice. By GREG NICOLSON.

When the Tshwane ANC held its last regional conference in 2014, Chairperson Kgosientso Sputla Ramokgopa and Deputy Chairperson Mapiti Matsena were both re-elected unopposed. The provincial ANC congratulated the region for its maturity and discipline:

But division within the Tshwane ANC and its alliance partners was already apparent before the conference and appears only to have widened in the lead-up to this year’s municipal elections, despite claims higher party structures made attempts to resolve the issues.

Before the 2014 conference, there were reports two people were stabbed as party members, claiming there was a plot to prevent them from attending the event, stormed a meeting of top officials. In the same month, a branch meeting in Mamelodi was disrupted, again over conference issues, with two more people reported stabbed. That November, there was even speculation a brutal attack on Tshwane MMC Terrance Mashego was politically motivated (which police and the city denied) due to political tension.

Claims of division between Mayor Ramokgopa and Matsena, and their supporters, are nothing new.

The SACP, Cosatu, and Sanco, have been persistent critics of Ramokgopa, claiming alliance partners have been neglected and members have been victimised:

“We need to be very clear and straightforward in terms of the alliance. There is no alliance here in Tshwane. We do have documentation that speaks of an alliance but the leader is failing to coordinate the alliance components. There has never been an alliance here,” SACP Tshwane secretary Apson Makaung said in May last year. Makaung, a PR councillor, was suspended in 2014 by the ANC and placed on leave by the city for leading a march to the party’s regional office to demand changes to what disgruntled members saw as undemocratic local leadership.

Multiple ANC regions face fierce rivalries and division, but in Tshwane things have gotten particularly heated this year. In January, police had to fire rubber bullets at protesters in Atteridgeville who threatened to burn down Ramokgopa’s parents’ house. They accused the mayor of rigging the party’s selection of candidates ahead of elections. Branch meetings in Bronkhorstspruit, Winterveld and Hammanskraal saw disruptions. One protest at Tshwane’s ANC offices saw women bare their backsides while another saw the offices trashed, all involving allegations of factionalism. Disputes and clashes in branch meetings over councillor nominations continued as the region prepared its lists.

At a leadership level, the division showed when Tshwane submitted its mayoral recommendations to the Gauteng ANC. After branches nominated candidates for councillor posts, Matsena topped the Tshwane’s regional list, with Ramokgopa second. When the regional executive committee submitted its three suggestions for mayoral candidates, Ramokgopa wasn’t included. His position on the councillor list didn’t entitle him to a mayoral nomination, but Ramokgopa had indicated he was willing to serve a second term and the list proved his popularity. But, by excluding the incumbent mayor and Tshwane ANC chairperson from even being nominated, the regional executive was clearly sending a message.

The Tshwane SACP has accepted the decision to nominate Didiza as a move to do what’s best for the party. Makaung said the city’s leaders have “questionable tendencies” and should take responsibility for failing to stop infighting. There’s no accountability for violence and favouritism is rife, he said.

“The ANC region has failed,” he said, claiming little has been done to confront the problems. “The issue of patronage and corruption in the municipality is very high… In Tshwane if you’ve got a different thinking to the mayor you will not be able to exercise your rights.”

Makaung claims suspensions, like his own, that of councillor Solomon Phiri, and others, is proof of factions and patronage at play. There are also claims certain leaders extend patronage through dispensing business opportunities and public works jobs, of which there seems no clear proof and the mayor and municipality have strenuously denied.

Tshwane Young Communist League (YCL) leader Kgabo Morifi, who also said he supports the ANC’s decision to nominate Didiza, said factionalism in the region has been brewing for years but hasn’t been dealt with. It’s always about people wanting to be in certain positions or to be close to power, he said. To confront the division, Morifi said the region’s members need further political education and for members to avoid joining for financial gain. He said elites and big organisations trying to capture the ANC “is really killing the culture of love for the organisation and love for the people and it turns into violent protests.”

ANC Gauteng spokesperson Nkenke Kekana on Tuesday said since threats like burning Ramokgopa’s parents’ home, provincial leaders have tried to intervene and resolve disputes between different ANC groups. The challenge of factionalism however is that those discussions were likely with supporters of Matsena and the current protests are said to be led by Ramokgopa supporters.

ANC Tshwane Secretary Paul Mojapelo said rather than divisions the situation should be seen as an expression internal party democracy. “It’s democracy at play, that’s what we’re going through,” he said. “However there might be those that find decisions hard to understand,” he admitted.

Mojapelo thinks past protests and violence said to be associated with campaigning for positions shouldn’t necessarily be linked to the current issues and the region had worked to resolve those challenges. He stuck by the region’s decision to submit its chosen three names as mayoral candidates for assessment by the provincial leadership. “Don’t call it a mistake,” he said.

However, national ANC leaders have been open about the challenges arising from the rivalry between Ramokgopa and Matsena. Deputy Secretary General Jessie Duarte said “the intensity of the competition in Tshwane had led to a breakdown of the relationships between two key individuals in that region”. Nomvula Mokonyane told Power FM, “When our structures are divided and it comes across that there are problems you rather bring in an intervention like this one.”

Thoko Didiza’s nomination as the ANC’s candidate for Tshwane mayor wasn’t the cause of the current protests and unrest. It’s the division, and whichever side you’re on, the factionalism has been allowed to fester for too long. Tshwane might look bad now, but if Ramokgopa or Matsena were named mayoral candidate, the protests might have been worse, and the thread of unity left in the ANC’s Tshwane region could have been cut off entirely. DM

Photo: Locals walk past a shell of a burnt out truck used to barricade roads by protesters in Atteridgeville a township located to the west of Pretoria, South Africa June 21, 2016. REUTERS/Siphiwe Sibeko.