Belinda Bozzoli Right of Reply: Minister Nzimande needs to acquaint himself with reality 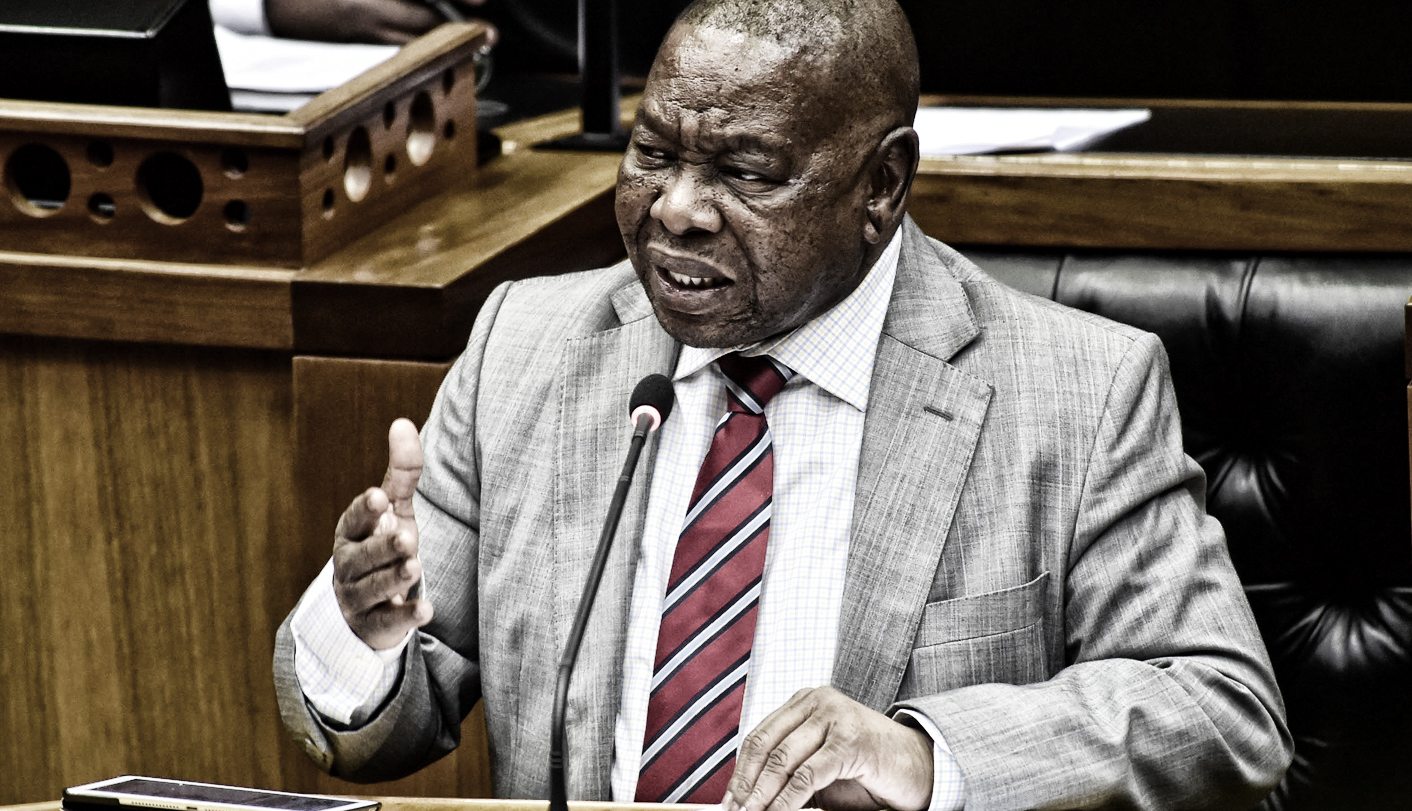 In an article ostensibly written to honour the sacrifices of those who lost their lives in the 1976 Soweto Uprisings, the Minister of Higher Education, Blade Nzimande has launched an attack on critics of his Department’s many failings.* Coyly refusing to name any such critics, including myself, his article comes across as both self-congratulatory and defensive and reveals the Minister’s apparent ignorance of the real challenges he faces. If things in Higher Education are so good, Minister, how come they are so bad?

The Higher Education system has expanded impressively since 1994 to reach nearly a million in Universities alone, and a further 700,000 in TVET colleges, this year. For that the ANC deserves congratulations. But (TVETs aside for they require a separate analysis) the doubling of the number of University students in 20 years has not been accompanied by a doubling in the real levels of funding available to pay for their education. Nor has it been accompanied by a significant improvement in schooling. Student numbers have rocketed, but staff numbers have failed to keep up, class sizes have consequently grown, increasingly poorly educated students are being delivered into first year and Universities have struggled to cover their costs. The unsurprising results of this have been high rates of drop out and failure amongst students (only 50% of all students ever complete their degrees, according to one study and only 27% complete them on time), demoralization amongst academics and upward pressure on fees to make up the gap in government funding.

Similarly, while the ANC deserves to be congratulated for the effort it has made to fund poor students and for expanding the NSFAS budget of recent years to higher levels than ever before, this growth has conspicuously failed to keep up with the expansion in student numbers and the pressure on fees caused by a shrinking real subsidy to Universities. The Minister claims, in particular, that NSFAS is supporting 205 000 university students this year. But in fact the Department’s own figures show that NSFAS’s support of university students peaked in 2013 at 194 923 university students. In 2014 it dropped to 186 150 and in 2015 it dropped further still to 173 885. Furthermore, the average NSFAS grant covers barely 55% of the average student’s full cost of study, leaving many students from the poorest backgrounds without textbooks, without accommodation and sometimes even without food. And the problems of students who actually obtain NSFAS grants are nothing compared to those of students whose families are not well off but who fail to get any grant at all – the “missing middle” – as NSFAS money is only available to those whose families earn less than R10 000 a month. These shortcomings in student funding obviously contribute to South Africa’s already staggeringly high University failure and drop-out rate, and of course to the perennial deep dissatisfaction in the student body.

By stating these facts repeatedly; by clearly asserting again and again that you cannot expand numbers like this without expanding the budget commensurately, the DA has been consistent in its argument: student protests are an inevitable outcome of the way the Higher Education sector has been handled by the ANC government. The Minister’s response to this, along with the usual seasoning of unfounded implications of racism, and even, extraordinarily, “George Bush-ism”, implies that the DA’s criticism of his government contributed to inciting student violence, and that the DA is somehow complicit in arson! In fact we have issued 9 public statements condemning the criminal vandalism at universities by radical student groups between February and May 2016 alone.

To condemn arson and other forms of criminal behaviour is one thing; to imply, as the Minister does, that there is nothing wrong with the Higher Education sector other than a handful of criminally-oriented students causing trouble, shows willful blindness at worst, and confusion at best.

Confusion does, indeed, reign in the Ministry. The Minister’s deputy, Mduduzi Manana said recently that those who protested peacefully under #FeesMustFall banner were the successors to the student protestors of 1976, calling theirs “a noble cause, a noble struggle that we in the ANC support”. Once again the government supported protests against itself – we all remember how the #FeesMustFall students marched on Luthuli House, on Parliament and on the Union Buildings, chanting “ANC Must Fall”, “Blade Must Fall” and “Zuma Must Fall”.

Among the good news constantly touted by the Department is the fact that the Minister was able to secure debt relief for existing students this year. We supported this solution, as a short term way of relieving pressure. But paying off the historic debt of students in 2016 will not pay for their fees in 2017 and 2018, and it will not pay for their lecturers, for their libraries or for their residences.

Of course, as the Minister says, there is no quick fix to this ongoing disaster. The damage done by Zuma’s ANC to the University system will take years of responsible governing to fix. But a start could have been for the Minister to support a DA proposal made during the budget vote last month for a reallocation of R2.73 billion into the University system to boost NSFAS grants and to prevent universities from being forced to impose austerity measures. The ANC chose instead to continue funding blue light brigades, multi-billion rand presidential jets and even breeding bulls – all items we had proposed be cut out to release funding for University education. Austerity measures are already under way in several Universities as a result; while the woes of the NSFAS system are destined to continue.

The Minister chooses to ignore much of what the Opposition says. And until they are breaking down the gates of Parliament, or calling for him to resign, he seems to ignore what students and Vice-Chancellors have to say as well. While the Minister claims his detractors have “ears sealed against rational debate, eyes shut tight against reality”, this approach has in fact typified his time as Minister.

The Minister refers us optimistically to the Presidential Commission into Fee-Free Higher Education currently receiving public submissions. We will be making a submission which attempts to address some of the key issues at stake. But will the recommendations of this Commission be heard? Or will they be almost entirely ignored, as were the recommendations of two Commissions already held – one into NSFAS in 2010 and one into University funding in 2013? We think this is likely, as the ANC government as a whole appears to be deaf and blind to the real problems in this sector.

In April 2015, during the budget debates of last year I warned in Parliament and in the Financial Mail that unless significant funding was redirected to Universities urgently “student protests will remain frequent and often violent, while indebtedness will blight the lives of the poorest.”** Very little has changed since then.

I repeat the call I made then: this vicious cycle must end. The future of our University system is at stake. DM