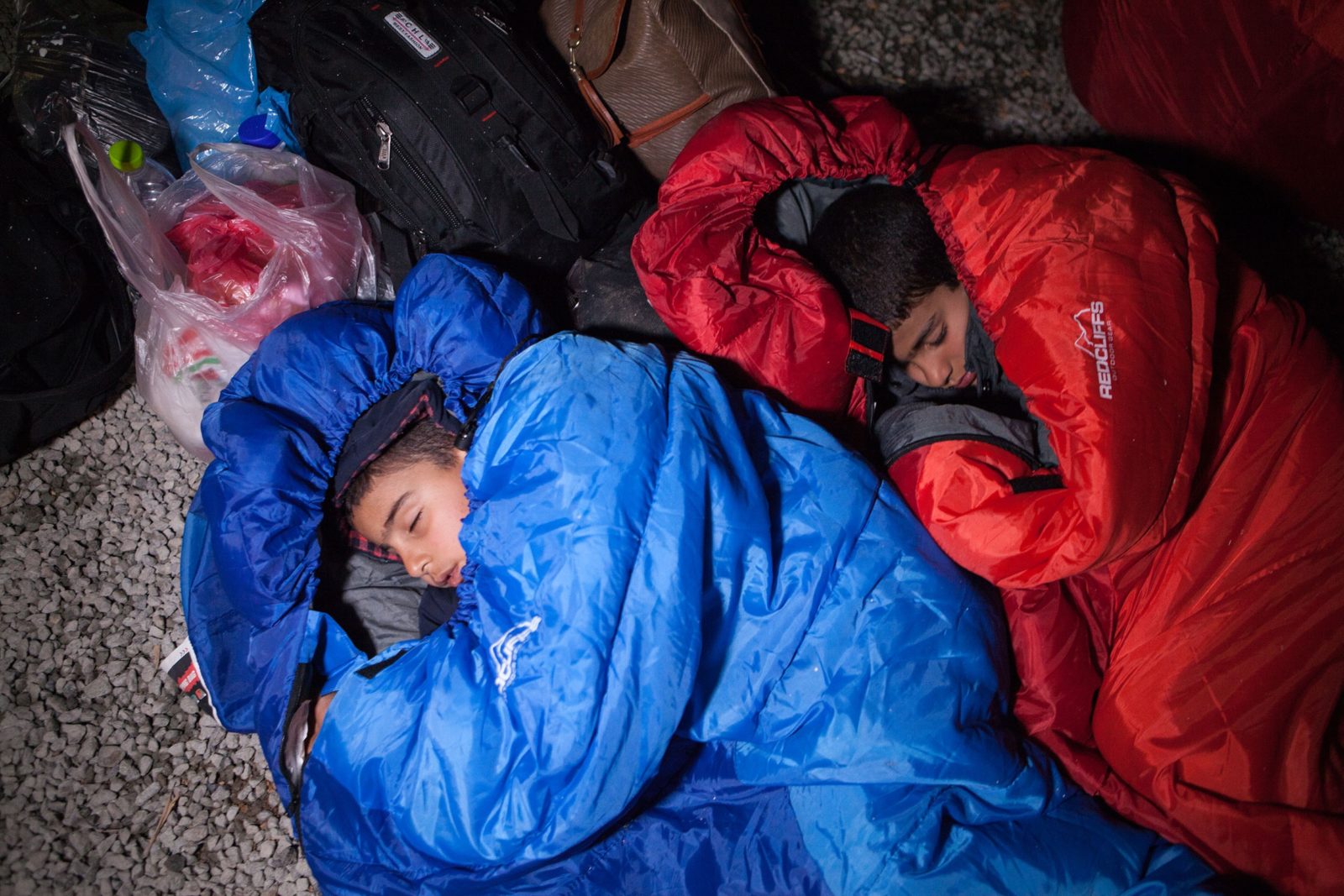 Around noon on Friday, MSF (Medecins Sans Frontieres) announced that it would not be accepting new funding offers from the EU, owing to its "shameful" policies on the migration crisis. Is MSF cutting off its nose to spite its face? Or can it afford to give the EU the proverbial finger? And who, at the end of the day, will feel the burn? By MARELISE VAN DER MERWE.

MSF, which offers medical services and humanitarian aid in 60 countries, is not just rejecting EU funding for its projects in within the union, but worldwide.

It’s an unusually hard line for the famously apolitical organisation, which offers medical care to those in need regardless of race, ethnicity or affiliation.

Speaking to Daily Maverick, Interim Director of MSF South Africa Dan Sermand said a firm stance was necessary, and the organisation’s future neutrality was not in question. “Institutional funds, like the EU funding and from EU member states, make up a tiny minority of our operational budget for our work in over 60 countries – 7% overall in 2015. Internationally, in 2015, MSF’s operational budget was €1.28 billion,” he said.

According to Sermand, MSF is 92% privately funded by 5.7 million civilians from around the world, including “a growing number in South Africa”. “That allows us to deliver medical care in an independent, impartial and neutral manner when we respond rapidly during emergencies and solely based on medical needs,” he said.

MSF has not yet severed all financial ties with the EU; at present there are still some projects being paid for by funding from EU member states or institutions and these will continue until their contracts come to an end. Most will be completed by the end of 2016 but no new contracts have been signed since April 2016, the organisation told Daily Maverick.

AFP reported earlier on Friday that MSF received 56 million euros ($63 million) from the EU last year. Sermand corroborated that funding from EU institutions represented €19 million, while funding from member states represented €37 million; the total amount would have dwindled in 2016, however. “As of today, a total of €46 million euros have been allocated to MSF by European donors for 2016 (including Norway). This includes €10 million worth of contract with European donors currently on standby, which will now no longer be signed,” he said.

Jerome Oberreit, International Secretary General of MSF, said the object of rejecting the funds was to “challenge” policies that worsened human suffering and said the EU’s “cynical” policies set a dangerous precedent. The organisation’s decision follows the EU’s controversial financial deal with Turkey three months ago, which effectively resulted in the closure of the Aegean smuggling route. Over 850,000 people reached Greece via Turkey in 2015 alone, and the EU/Turkey agreement left close to three million Syrians stranded in Turkey. As compensation, Turkey was promised €6bn to help them, as well as a number of other advantages: an easier European visa process, for example. And in a rather bleak exchange programme, for each Syrian returned to Turkey, Europe promised to accept another Syrian living in a Turkish camp.

“The deal is the latest in a long line of anti-humanitarian policies that European governments are debating to roll out to more than 16 countries so as to deny people on the move the right to claim asylum and facilitate forced returns,” MSF said in a statement. The deal, it added, “sets a dangerous precedent for other countries hosting refugees,” said Oberreit.

On whether the deal was legal, the Guardian’s migration correspondent Patrick Kingsley wrote, “That depends on who you ask. Rights groups say it breaks both EU law and the UN refugee convention, a hallowed text created in the aftermath of the Holocaust. The convention says signatories cannot expel asylum seekers without examining their claims individually. In response, the EU claims people will be examined individually – but since it will suddenly and simultaneously deem Turkey a safe country for refugees, most people will still be sent back en masse.”

Even in South Africa, MSF added, refugees may soon find it difficult to seek asylum due to proposed amendments to the Refugees Act Amendment Bill. “The Bill suggests moving refugee reception centres to South Africa’s border and confronting asylum seekers with deportation if they fail to apply for refugee status within five days of entering the country, among other changes,” the organisation said.

Meanwhile, the migration and refugee crisis in Europe is showing no signs of slowing down, with refugees and migrants vowing to keep trying. In 2015, close to a million people sought refuge in the EU, with the Syrian conflict continuing to be – by a long shot – the biggest driving factor. Afghanistan, Iraq, Eritrea and Kosovo also saw their share of losses.

Meanwhile, in the first three months of 2016, well over 100,000 people crossed the sea to Europe, despite icy weather, according to the UNHCR. By far the greatest number of applications for asylum are received in Germany. Thousands of people die every year trying to reach Europe.

Sermand says MSF is not hugely optimistic regarding future travellers’ chances. “We don’t expect European policies to change in the short term – indeed discussions are already ongoing to take this deal as a blueprint for migration control and extend it to more than 16 countries,” he told Daily Maverick.

“Europe is sending a dangerous signal to the rest of the world: countries can buy their way out of providing asylum. The ramifications of this deal will reverberate globally, possibly leading to a domino effect among states, and also here in Africa.”

MSF employs over 35,000 people internationally, whose jobs are currently secure, according to the organisation. “This decision will not have any immediate effect on our projects relying on EU funds as they will be paid for through our reserves,” says Sermand.

The organisation would, for the moment, make use of emergency funds while searching for alternatives, said Sermand, although it is unclear what would occur if an additional crisis were to strike. For now, staff and beneficiaries would not be negatively impacted. “For the moment MSF will use its reserve funds that are usually set aside for emergencies, to make sure this decision does not affect our patients nor disrupt any of our operations around the world. We’ll have time to adjust our spending, and our fundraising teams will be making greater efforts in order to make sure we have the money we need to continue our work,” he said.

He was hoping individual support would increase owing to the stance MSF had taken in response to Europe’s migration policies, he added. “Millions of people support us because of our principled approach to medical humanitarian action. We hope that people continue to support our work following this decision because we will need them now more than ever.

“We trust that our existing donors will understand our need to distance ourselves from policies that are inhumane, run contrary to humanitarian values and which threaten asylum and cause so much harm.” DM

Photo: Idomeni after the closing of the border. Mohammed (6) and Ahmed (8) sleep in a sleeping bag in the open air. Their parents do not have a tent and there is no room available at the communal temporary living quarters. Photo by Alex Yallop