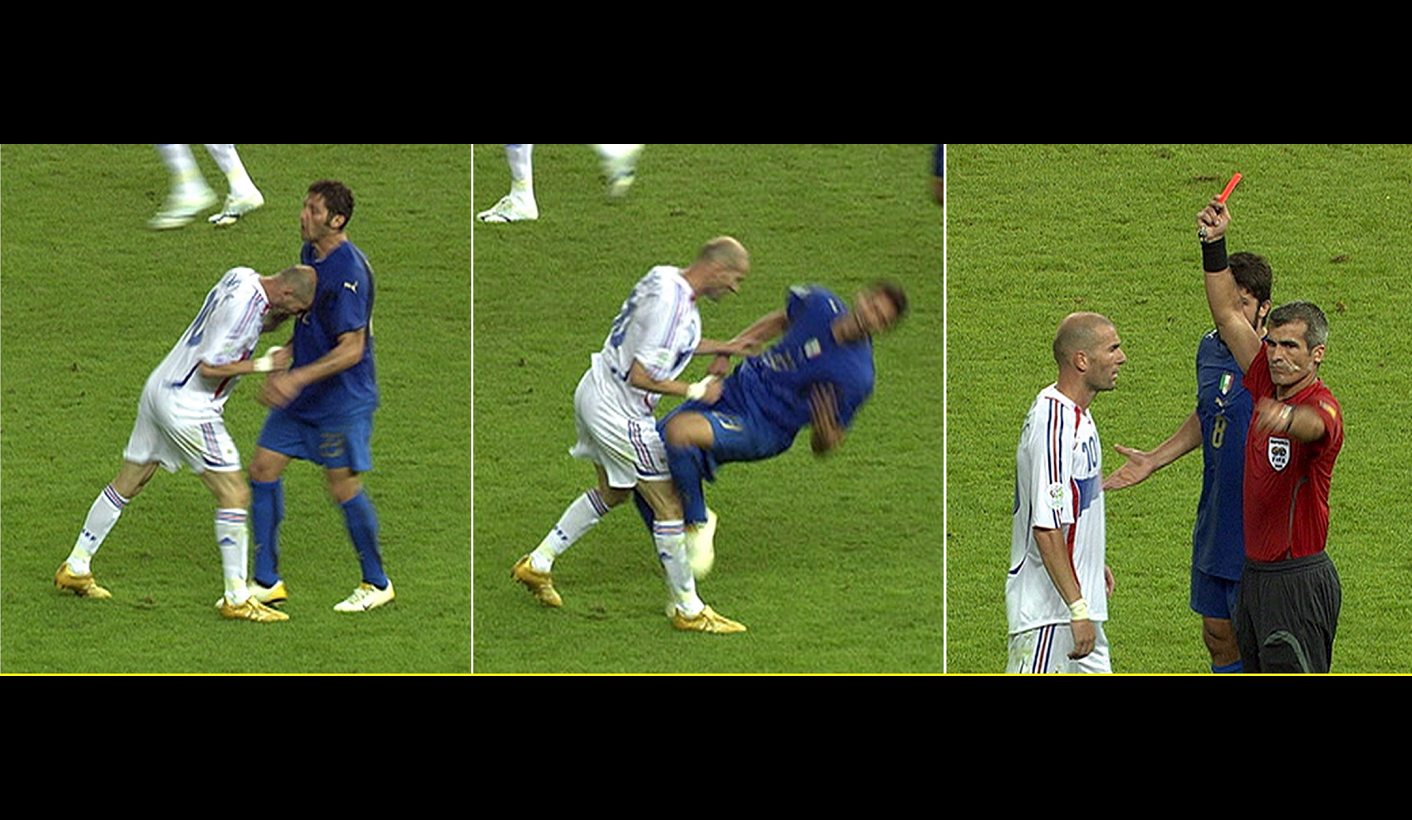 Muhammad Ali was more than a boxer. He was a humanitarian, activist and poet who brought laughter and light to so many people who only knew darkness and despair. His ability to spin a yarn for the press or hurl verbal jibes at his opponent were unrivalled and no one since has been able to match Ali in this regard. CONQA Sport takes a look at the art of trash talk and finds that it exists within a subjective realm where what is appropriate or not comes down to the individual’s perception. We also pick our 12 best scathing moments of trash talk in sports history. By DANIEL GALLAN.

This article was first published by Conqa Sport.

The world is still mourning the death of Muhammad Ali, arguably the greatest athlete who ever lived. Ali was not just a boxer who dazzled with speed and power. His presence transcended sport.

He was a humanitarian and political activist, courageously standing up for those who saw him as a hero in the face of an all-powerful and oppressive regime. His legend has not only been cemented by his actions, but equally by his words.

The man was a poet; a quotes machine who knocked out historic phrases with as much regularity as he knocked out opponents. In this regard, Ali truly was the greatest.

The litany of famous one-liners, double entendres and comical quips that came out of Ali’s mouth ensured that pre-fight weigh-ins and interviews were events unto themselves. If a man’s words are the narrative to his philosophies, two quotes in particular from Ali sum up the great man’s ethos:

“It ain’t bragging if you can back it up,” and “Humble people, I’ve found, don’t get very far”.

For Ali, his words were cannons in his arsenal to go along with his left and right hands. Beyond the range of his 198cm reach lay his opponent’s psyche and no one was better than he at landing blows in the subconscious mind of another boxer.

In 1964, at just 22 years old, when his name was still Cassius Clay, the “Louisville Lip” had a shot at the World Heavyweight title when he faced the imposing Sonny “The Big Bear” Liston.

Liston was a bruising figure with a criminal record (he had learnt to box in prison) and had alleged ties to organised crime. He was the hardest hitter in the world, perhaps of all time, and he was still the champ. None of that mattered to Ali.

The night before the fight, Ali’s sparring partner Harvey Jones appeared on CBS’s I’ve Got a Secret and read out a rhyming diatribe that is the greatest piece of trash talk promotion in boxing’s history. Ali himself told the world that he would use Liston’s body as a bear rug in his home. He droned on about how ugly he thought Liston was and that the world deserved a “pretty” champion.

Ali went on to win the fight and cement his place in history.

Whether you call it smack talk, trash talk or sledging, running your mouth to intimidate or unsettle an opponent is a tactic that has been used since the inception of competitive sport. Back when boxing was bare-knuckled, John L Sullivan proclaimed, “My name is John L Sullivan, and I can lick any son of a bitch in the house.”

Few phenomena in elite sport divide opinion like trash talk. If it spews forth from a hated rival it is labelled bombastic and arrogant. If it floats like a butterfly from the mouth of a hero it’s praiseworthy poetry.

Modern culture plays a role in encouraging it. Commercials from athletics companies like Adidas venerate the tactic and make role models out of those who employ it. Young athletes find themselves pulled in opposite directions. On one side is the Corinthian ideal that demands respect for the opposition and fair play. On the other side is professionalism and pop culture that places an emphasis on winning at all costs. If you happen to have a few choice words with the opposition along the way, so be it.

Trash talk thrives in combat sport due to the nature of the game. While boxing and MMA have rules, the point is to hurt your opponent. Some rants, like Mike Tyson’s promise to eat Lennox Lewis’ children, might cross the line for some people, but generally everything is taken with either a pinch of salt or used as motivation once the bell rings. Fighters mostly view words for what they are and realise they’re not as harmful as sticks and stones.

It’s in other sports that trash talking enters murky waters. In the 2006 Fifa World Cup final, France and Italy were locked at 1-1 in extra time. Marco Materazzi, Italy’s centre back, had been marking France’s playmaker and captain, Zinedane Zidane, for much of the match.

As defenders do, the Italian had been grabbing at Zidane’s shirt throughout the encounter. When Zidane confronted Materazzi, explaining that he would have to wait until after the game if he wanted his shirt, the defender replied, “No thanks. I’d rather have your sister.”

Zidane then turned around and head-butted the Italian full in the chest, flooring the big man under a crushing blow. Zidane was shown a red card in the final professional game of his illustrious career and had to watch from the sidelines as his country lost the final on penalties.

Materazzi defended himself, arguing that his comments were pretty standard stuff when compared to the usual banter that can be heard on football pitches around the world. Arsenal goalkeeper, Petr Cech, told the Sunthat foul and personally insulting language is “entrenched” in the sport. If taking offence is subjective and insults exist along a sliding scale, where do you draw the line?

This ambiguity creates a disparity in our judgement of athletes who employ trash talk as well as what is appropriate and what isn’t. Tennis is a sport that likes to see itself in an idealistic light, with its flagship tournament, Wimbledon, harkening back to a time when sport was played in all white clothes and aristocrats watched on while enjoying Champagne and strawberries.

Despite the pomp, tennis greats Borris Becker and John McEnroe have both called for more trash talk among the game’s elite. McEnroe told the Guardian, “It was fun when guys were trash talking each other.” Few would argue. Sport is entertainment and if watching two adults hurl insults at each other wasn’t gripping, the reality TV industry wouldn’t exist.

It’s when things start getting too personal that lines get crossed. When Australian tennis star, Nick Kyrgios, told Switzerland’s Stan Wawrinka that another player was “banging” his girlfriend, the sport’s community unanimously condemned the comment.

McEnroe, though, offered a different perspective for Fox Sports: “I think that’s entertaining and part of one-on-one sport. I’m not saying they should go out and start cursing each other, but this is an extremely mental game.” He went on to say that what Kyrgios did happens a lot in other sports, suggesting that in the heat of competition, boundaries are blurred.

When Michael Jordan, the man nicknamed “the GOAT (Greatest of All Time)”, stepped off Muggsy Bouges and allowed him a free, undefended shot at the basket, he shouted, “Shoot it you fucking midget!”. Bouges, 160cm and incredibly short for a basketball player, missed. He later admitted that the verbal jibe from Jordan ruined his career. Was this any different to the exchange between Kyrgios and Wawrinka? It all depends on who you’re asking.

Ultimately, trash talk is just a tool used to achieve a desired result: winning. Researchers at Florida State University found that trash talking can improve performance by as much as 46%. It boosts self-confidence and belief that your opponent is weaker as a result of it.

It’s not going away, nor should it. Sport needs characters that run their mouth and stir the pot. It would be a dreary affair without pantomime villains. Instead of placing muzzles on our athletes, we should allow them to bark. Muhammad Ali will pass into folklore for what he said as much as for what he did. Silencing superstars could deprive the world of another athlete of his ilk. DM

Photo: This file combo of TV grabs shows the foul of Zinedine Zidane of France to Italy’s Marco Materazzi and the red card shown to Zidane by referee Horacio Elizondo of Argentina during the final of the 2006 FIFA World Cup between Italy and France at the Olympic Stadium in Berlin, Germany. EPA/A9999 DB WDR