Ethiopian Airlines: An example to SAA? 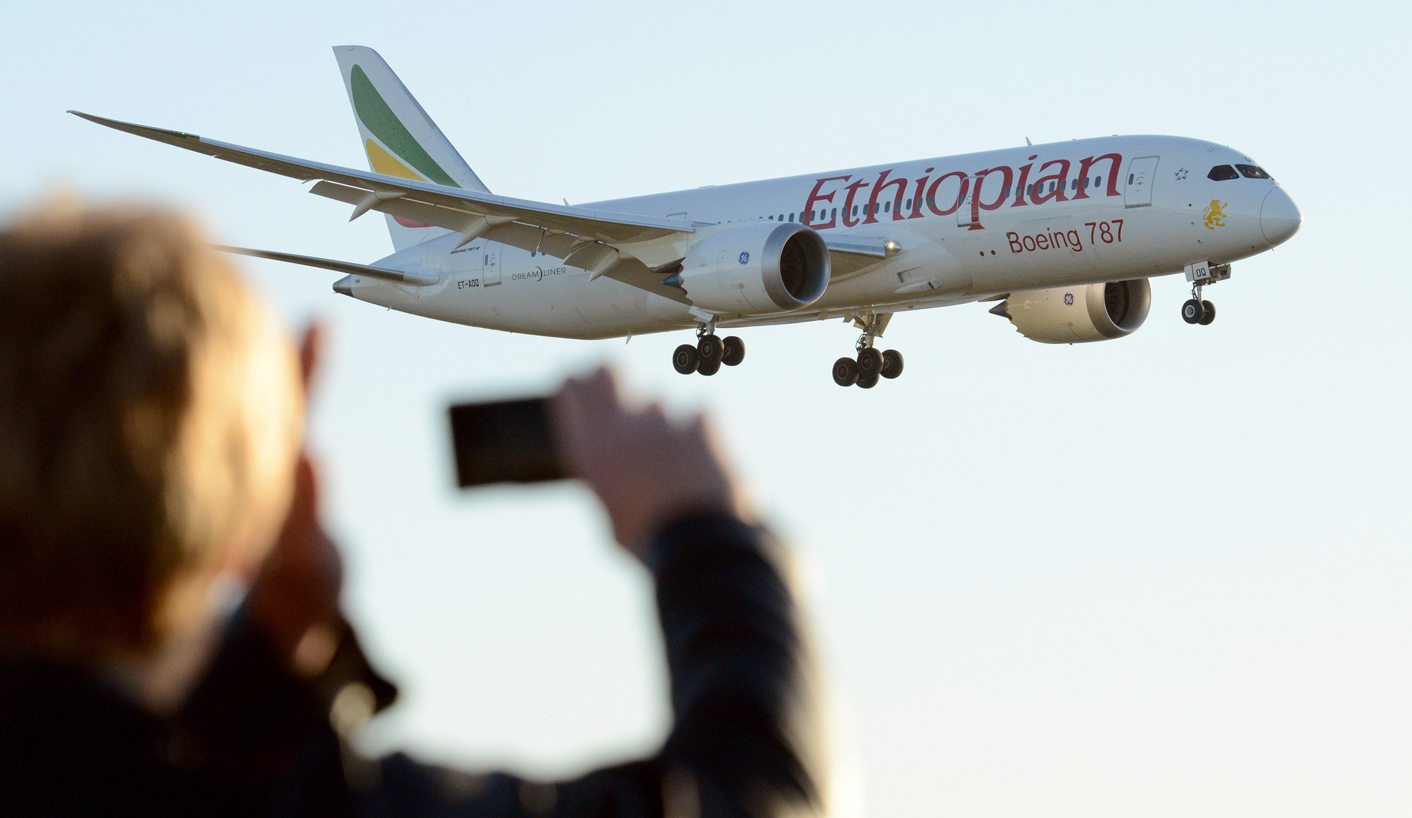 The modest headquarters of Ethiopian Airlines, a stone’s throw from the main terminal at Addis Ababa’s Bole Airport, is true to the government’s mantra about keeping overheads low. And its CEO, Tewolde Gebremariam, speaks with the same disarming frankness about the airline’s trajectory which, unlike many other African national carriers, has been up, not down. By GREG MILLS.

According to Tewolde Gebremariam, Ethiopian Airlines’s 70-year history can be divided into two phases: the first 60 years, when there was steady if unspectacular growth, and the next decade, when, following the first posted loss after the conclusion of the war with Eritrea, the company enjoyed a strategic turnaround.

Gebremariam returned from New York in 2004, where he had headed up ET’s operations, at the same time as his predecessor as CEO, Girma Wake, was recruited back from Gulf Air. As a result of a “strategic analysis” undertaken with the help of Ernst & Young, the airline then developed its Vision 2010, “which repositioned the airline” driven by the objective of transforming turnover from $400-million in 2005 to $1-billion within five years. This was to be achieved by a “revamped network”, with a “morning bank” of about 52 flights to African destinations and an “evening bank” when these, apart from those west of Togo, would return and go out “again to the Middle East, Europe, Asia and the Americas”.

By 2010, the airline’s turnover was $1.3-billion, exceeding initial projections, as did passenger and cargo numbers. Vision 2025 was then put in place, “where the new technology of aircraft”, says Tewolde, “like the 787 and A350 demanded a longer-term horizon”.

By that date the airline plans to have 120 aircraft flying to 90 destinations internationally and 20 within Ethiopia, turning over $10-billion. The planning cycle is broken up into three five-year phases, short-, medium- and long-term. Tewolde admits that such a long-term cycle “is controversial in an industry where it is difficult to plan for one year, let alone 15”.

This is complicated by “the need to be self-sufficient in Africa, apart from South Africa, because there are not enough private sector contractors. This means we have to train crew and staff, cater, and support technical services ourselves.”

The highly capital- and skilled labour-intensive nature of the business makes taking a long view imperative. “We have to plan long-term to acquire expensive aircraft and, since it takes 10 years to train a 777 captain, we have to have a system in place”.

The airline’s strategy, says its CEO, is broken up into a number of different pillars:

The first concerns affordability and sustainability. “We have to remain creditworthy,” he says, “since we have no other means of funding growth, and we don’t expect a cent from government.”

This demands, second, the maintenance of global standards at the lowest possible costs. “Our competitive advantage is cost, but to achieve this we have to adjust our operating model.”

While it remains a “hub-and-spoke” carrier out of Addis, the airline’s establishment of regional hubs in Togo, West Africa (through its investment in Asky), in southern Africa (through Air Malawi) and, it is planned, in Central Africa offers further possibilities for competitive growth.

A third pillar is infrastructure. “Our mission drives our fleet, which means we need long and range capacity. Diversity is a necessary evil.”

Given the absence of alternatives in Africa, the airline is self-sufficient in training, with its academy (which includes technicians, pilots, sales, marketing, and crew) capable of 4,000 students at a time. It also possesses the largest cargo terminal in Africa, the largest technical MRO, and will expand its catering facility to 80,000 meals per day, again making it the largest in Africa. “Outsourcing is not big in Africa outside South Africa, hence this approach.”

With plans to grow passenger numbers from eight-million to 20-million within four years, Addis’ Bolé Airport is a big constraint. When I expressed my dismay at having to transit through the airport with its poor lounges, hopeless security flows, and leaking roof, the CEO said, smiling: “I hope you told the prime minister that.”

The expansion undertaken by CCC, a Chinese company (“who else”, shrugged Tewolde), will help, but more will have to be done to keep apace with the airline.

The fourth and final pillar is the integration of the airline’s people, process and technology, including ICT, into a fully automated system “from cargo to payroll, finance to the manifests”. It also applies to airline personnel. “Every staff member swipes their card on entry and exit and this is directly linked to payroll. They don’t come, they don’t get paid.”

Ethiopian Airlines is a notable story of success at a time when the aviation business is seen, in the words of Warren Buffet, as a “great way to make a small fortune from a large one”. Perhaps this is not in spite of the absence of deep pockets, but because of them. There are plenty of competitors capable of outspending the Horn nation. “Turkish Airlines now has 40 destinations in Africa,” Tewolde acknowledges, “and Kenya remains a rival.”

He signals Emirates out, however, as their biggest competitor, “given its depth, already handling five-million African passengers each year”.

What of the lessons for others?

“First, you need to take a long-term view, and this has to come from government, and not just the airline, since you need clear policy. The government has to answer the question about whether it sees the airline as a strategic asset or simply business,” he states, since that will shape its role and investment.

“And then you need sound and consistent management, especially in a business where even a small mistake can completely drain you. You have to be frugal,” he warns, speaking from the airline’s modest headquarters outside the capital’s airport, “with a low managerial overhead, with careful cost control”. People, including himself, “work here not for the pay cheque, but for a sense of national contribution, of national duty”.

While there is an international market in pilot’s salaries, and the airline has been forced to adjust upward its offer to its more experienced crew, this is a key driver of costs.

“You cannot be as lavish as South African Airways, and expect to survive.”

In all this, “governments need to make flying easy, affordably and safe for the public if these countries want to trade with each other. One example is the fuel price. While the international oil price has come down, it has not come down as much as it should in Africa. Whereas we are paying $1.25 a litre in Europe, in some places in Africa it’s still $3.50. Most governments do not have an understanding of the value of aviation,” he adds, “but rather see it as a cash cow to pay for other things – they see it as a Minister of Transport for the Rich, so they tax it too high, and constrain growth and service.”

The reasons for Ethiopian Airline’s success then are not one thing in particular; in airline parlance none of chicken, beef or vegetarian, yet still much food for thought. DM

Dr Mills has been researching a new book in Ethiopia.

Photo: A plane spotter takes a picture of Ethiopian Airlines 787 Dreamliner on approach to runway 3 at Arlanda airport north of Stockholm, Sweden, 20 September 20, 2012. Ethiopian was the first carrier in Africa to operate the 787 and has 10 of the type on order. EPA/JOHAN NILSSON