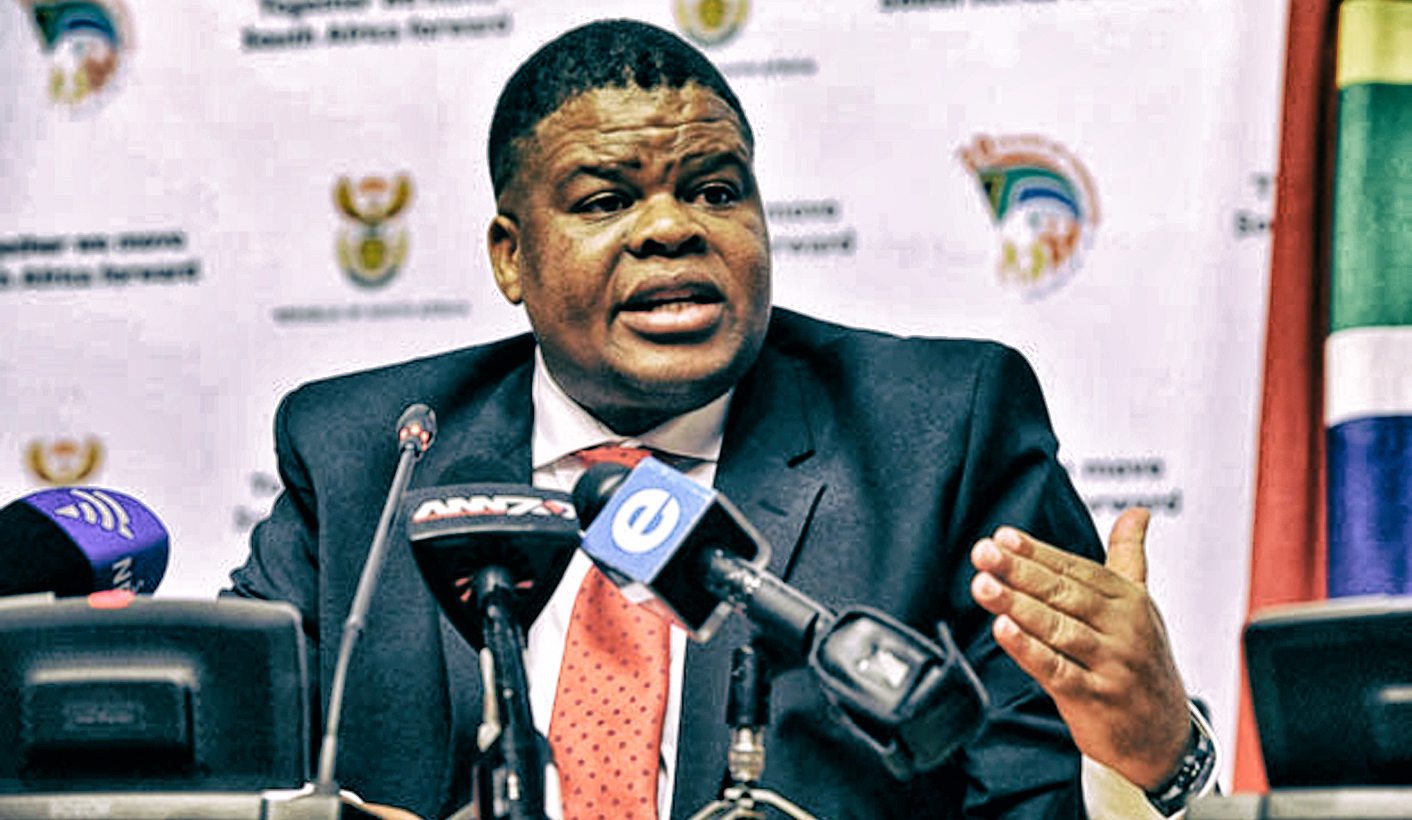 Rumours of a legislative clampdown on South Africa’s nonprofit sector, including non-governmental organisations (NGOs), are resurfacing. Recently Africa Confidential said a draft law would propose regulating foreign funding for South African NGOs and mandatory licensing of all international NGOs, which could face deregistration if they were found to be aiming for regime change. This has officially been dismissed, but the report and rumours come in wake of regime change talk by State Security Minister David Mahlobo, who in his budget speech referred to “nonstate actors” in the mass media, NGO sector, religious and student organisations and elsewhere looking for an unconstitutional change of government. The minister is not the only one in Cabinet or the governing ANC given to such views. By MARIANNE MERTEN.

Africa Confidential last Friday [10.6] said the draft Bill, which was “unusually” prepared in President Jacob Zuma’s office, would require international NGOs operating in South Africa to be licensed by government. Such NGOs would have to declare their funding, their directors’ affiliations and provide “narrative accounts” of their activities and could be deregistered if their activities were deemed to be aimed at “regime change”. Foreign funding to domestic NGOs would also have to be declared. According to Africa Confidential, the presidency was set to introduce the Bill after the 3 August local government elections.

The presidency this week dismissed this, saying the office of the president has never introduced a bill. That’s the job of ministries; the president signs a law into effect once Parliament has passed it.

Social development, under whose portfolio the nonprofit organisation (NPO) sector falls, said it knew nothing of such provisions – “In the NPO Amendment Bill there is no such reference” – and added that in any case “the legal process compels us to go for public consultation before approval”.

That social development is driving an amendment bill is not unknown, even if its deadlines for producing the bill have repeatedly shifted in the past four years and no actual legislative proposals have been made public. Amending the 1997 Non-profit Organisation Act has featured in the social development annual performance plans tabled in Parliament since 2013. According to the latest 2016/17 annual performance plan the bill now is set for introduction to Parliament some time between January and the end of March 2017.

By 31 July 2012 the department had finalised a policy framework on the NPO Act as a discussion document for a statutory review. It was subject of a consultative conference in mid-August that year, following provincial dialogues. That policy discussion document emphasises good governance, transparency and accountability, and that a one size fits all approach was inadequate as was reliance on courts to resolve disputes.

However, the policy document also proposes a “special dispensation” for foreign organisations with a presence in South Africa. “Registration for foreign nonprofit organisations must be compulsory considering the risk of money laundering and financing of terrorist activities,” it says.

While in 2012 the spotlight may have been on terrorism and money laundering, four years later it’s regime change. And, according to Mahlobo as well as others, NGOs are part of the problem.

Briefing on his budget speech of 26 April 2016, Mahlobo told journalists that while NGOs have played their part in South Africa’s development, “there are those who are used as NGOs, but they are not. They are just security agents that are being used for covert operations”.

Such NGOs not only had funding, but high security at their offices and were in possession of interception equipment similar to that of the State Security Agency (SSA). “There are those who are funny, those we know from our trade craft,” he said, declining to give names. Like others before him, Mahlobo repeated that last year’s student protesters had also received outside funding, and had their issues hijacked. “We know some students are given money by NGOs… We never disclose (names) because of our state craft.”

Coincidentally, when Mahlobo slipped in to attend the social development budget debate in Parliament, IFP MP Liezl van der Merwe went off script to raise her concern about the minister’s labelling of NGOs as enemies of the state.

In February ANC secretary-general Gwede Mantashe had let rip, without expressly naming the Young African Leaders Initiative’s Mandela Washington Fellowship. “We are aware of the meetings taking place regularly in the American embassy. These meetings in the embassy are about nothing else other than mobilisation for regime change…”

The talk of regime change talk is broad, nonspecific, and seemingly aimed at those loud and vocal NGOs whose action has rattled government. But if there are any official, and perhaps not so official, concerns regarding funding, campaigns and directors, perhaps the SSA simply should hit the internet. Anyone with data and a computer or smartphone can readily access an NGO’s registration number, financial statements, annual reports and the like. And more often than not, it’s a lot easier than getting information for government departments.

South African NGOs like the Right2Know Campaign, SECTION27, Ndifuna Ukwazi and Equal Education not only list their annual reports and financial statements on their website, but also their funders alongside details of their various campaigns, effectively a narrative of their activities. Childline South Africa also posts its annual general meeting records in its website. Directors, contact details, physical addresses are also listed as a norm, as are ways to donate as an individual and how to volunteer.

Those international NGOs with a chapter in South Africa – think Oxfam, Greenpeace, the World Wildlife Fund or Doctors Without Borders – also post the annual reports and financial statements on their website (usually those of the international mother body’s structure) alongside details of campaigns, how to donate and to receive alerts from the organisation.

Although under the current 1997 NPO Act registration is voluntary, the law describes this as a measure to enhance credibility. Many if not most NGOs have registered. It makes fundraising easier.

Registration under the current Act is with the NPO directorate hosted within the social development department. It requires, among others, financial statements, copies of the NPO’s constitution, “a narrative regarding particulars of its activities”, details of properties, assets, directors’ details and the like.

A database of registered NPOs by province, alongside codes of good practice and an online registration facility, is on the social development website under the NPO directorate.

That’s the existing unit, which the 2012 policy document says could easily be transformed into the South African NPO Regulatory Authority. Its functions would be expanded to include not only registration, but also ensuring compliance by the NPO sector through investigations and enforcement. The currently existing arbitration tribunal, a structure to adjudicate disputes and appeals against deregistration, would be turned into the South African NPO Tribunal. According to Africa Confidential, both these structures are part of the new bill.

Already the current Act allows social development to call in the SAPS, deregister NPOs for misstatements on the financial and other documents and provides other sanctions, like the withdrawal of allowances and benefits the social development department may have decided to pay an NPO under the Act. However, the 2012 policy document noted challenges with compliance enforcement, adding that the directorate would have to receive 42% more funding to be fully capacitated.

Checks this week with various NGOs on any new legislative amendments produced little that was concrete. Calls to MPs in Parliament also came up empty, although one MP said the levels of hostility by which ministers treated NGOs even on public platforms was disconcerting.

And so, amid the official regime change talk, the waiting game is on. DM