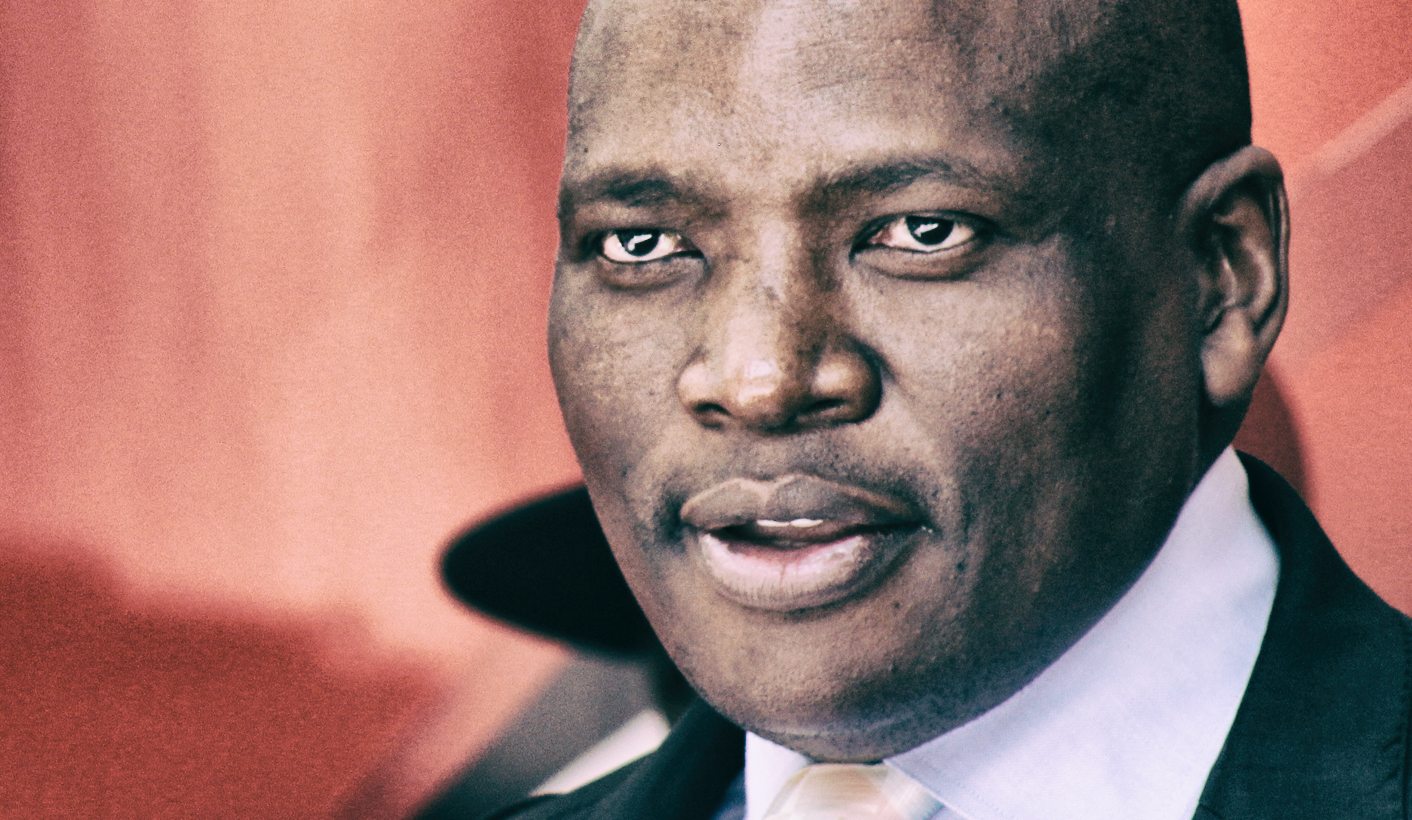 The latest in South Africa’s comedy of media errors is the news that the reading of newspaper headlines will no longer be broadcast by the SABC. Take a look at some of the more memorable recent assessments of freedom of expression. By MARELISE VAN DER MERWE.

Both the SABC and Muthambi are quickly running out of legal room to manoeuvre.

[This is] ongoing censorship creep at the South African public broadcaster.

Censorship at the SABC ahead of the local government election has reached crisis proportions.

No such thing as a free lunch

The SABC makes 80 percent of its revenue from advertising and so by us reading newspaper’s content we are just giving them free publicity. They do not pay us for that exposure and we are not required to prove it.

If people want to read headlines they can see it on billboards.

Is it just us or are you also confused?

It’s not clear how the decision will impact TV shows like SABC2’s Morning Live looking at different newspaper front pages and stories and the weekly Media Monitor show on Sundays at 09:00 on SABC News (DStv 404) discussing newspapers.

It’s also unclear how the SABC will proceed with the journalistic convention of proper attribution where a newspaper happens to be the original source of a news story and credit reference is given in reporting by using “according to the” and “as and first reported by”.

We’re sure we don’t know what you mean

90% of South Africans are very excited with the transformation at the SABC and our improved news coverage, and I don’t know where this other 10% comes from or who they represent. People are very apologetic where they have to implement equity and transformation, but not us at the SABC.

It’s not a sin for a black man to earn a decent salary. Anyone who is able to generate revenue for the SABC should be rewarded accordingly… The only problem can be if the SABC is paying Hlaudi more than what it is suppose [sic] to be paying.

We need to respect the intelligence of our audience and viewers. We have to be cognisant of the context so it doesn’t promote violence. We learned through the apartheid era our job is to report on stories without fear or favour and never hold back.

We are dealing with people trying to dodge obligations. The appeal has not gone through yet, so Motsoeneng cannot remain in office. He is defying the courts, and this has been allowed by the board because it is compromised. He has to step aside, if not resign.

We’re not apologetic about what is happening at the SABC and people who are complaining are in the minority, those who are raising concerns are not more than 10.

I … challenge you to go there and lodge that complaint and I can assure you that you won’t make it.

It is our belief that the decision by the public broadcaster not to show footage of people burning public institutions, such as schools and libraries, in any of its news bulletins, will go a long way to discourage attention-seeking anarchists.

Put a (comment) in the social space that brings the organisation into disrepute‚ we’ll deal with it.

We will get rid of those [employees] who run to the newspapers … SABC employees are very happy but there are a few rotten potatoes; including those who leak internal information to the media.

Maybe our employees should have uniforms so that they can understand unity.

Let’s just get one thing straight

What we have seen and learned is that once censorship starts, it never stops because those who are empowered to censor and impose blackouts, start to develop bottomless sensitivities and discover more activities that they feel should not be flighted on television.

[T]ell the South African story uncensored‚ warts and all… It is not the public broadcaster’s mandate to mask the challenges that this country is facing and gag itself from exposing people’s anger‚ including their criminality.

All employees must adhere to the editorial policy of the leadership of the SABC. We don’t need permission from our employees.

If you don’t want to work for the SABC you can go. There are many people out there looking for work.

[This] was a slip down a very dark hole.

I think the DA is trying to get publicity out of the SABC‚ because if they have issues they know that they can go and report this matter to the regulators who are controlling coverage of these election periods… nobody has been given any space yet to do a political advert.

In a sworn explanatory affidavit to ICASA, in response to the DA’s complaint lodged with the independent communications authority, the SABC claimed that it had refused to air the DA’s election campaign ads because it needed time to confirm whether the DA is a registered political party and had submitted a list of candidates to the IEC. This is so outrageous that it beggars belief.

Sarcasm as a second language?

Not only a poignant symbol of the exploitative past and synonymous with the controversial mining history, these hard-wearing rubber boots would provide the perfect protection for wading through all Motsoeneng’s missives.

If they [the SABC] were serious, they should really go the whole hog. The next step should be to ban all news about corruption by public servants, from politicians right down to street cleaners in far-flung municipalities. This would certainly stop newcomers to politics and the public service from realising there are alternatives to poor salaries. All they have to do now is watch the news to get all sorts of innovative ideas about enriching themselves.