Somalia: Yet another setback for the AU’s flagship peacekeeping mission 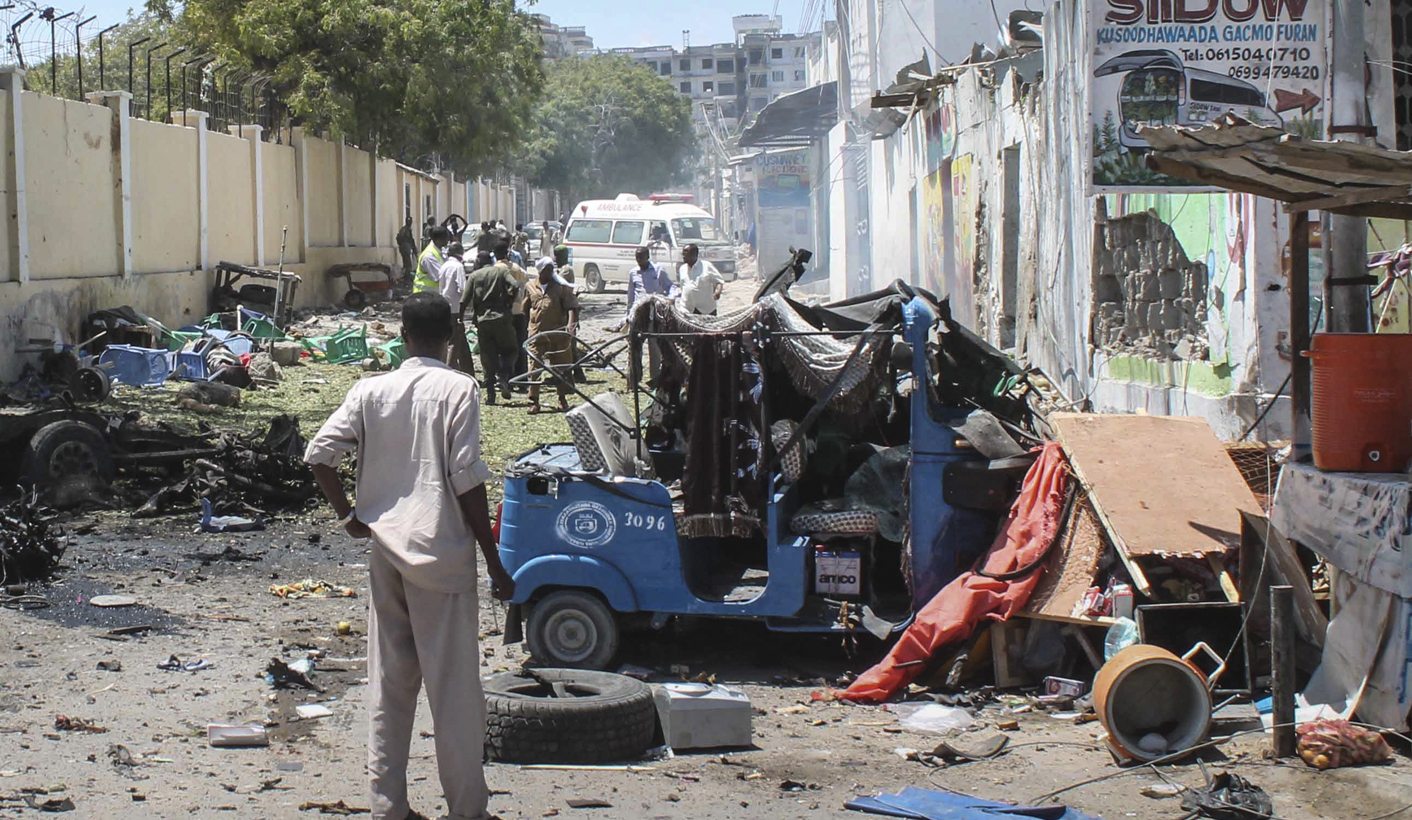 The African Union Mission in Somalia was supposed to be the ultimate African solution to the ultimate African problem. Despite a promising start, it hasn’t quite turned out like that. Thursday’s al-Shabaab attack on the mission’s Ethiopian contingent is another major setback. By SIMON ALLISON.

Early on Thursday morning, militants from al-Shabaab attacked a peacekeeping base in the town of Halgan, around 300km north of Mogadishu. The base was manned by a contingent of Ethiopian troops, there under the banner of the African Union Mission in Somalia (Amisom).

As usual in these circumstances, it’s hard to know what exactly happened. The Islamist militants claimed a major victory. They said their fighters had overrun the base, and killed at least 43 Ethiopian soldiers after a car bomb destroyed the front gate.

Amisom, however, played the attack down, insisting that its troops remained in control. It claimed to have repulsed the attack and killed 110 Al Shabaab fighters. “Attacks such as this further demonstrate the despicable nature of Al Shabaab, whose sole purpose is to spread terror and continue the destabilization of Somalia. Our resolve can only be rejuvenated, to fight on until Somalia is freed of all elements of terror,” said the African Union in a statement attributed to commission chairperson Nkosazana Dlamini-Zuma.

Neither the al-Shabaab nor Amisom accounts can be taken at face value. Al-Shabaab has a long history of inflating casualty counts for propaganda purposes, while Amisom has recently been accused (with considerable justification) of covering up egregious failures after a previous al-Shabaab attack.

Either way, it’s clear that al-Shabaab is a far from the spent force it was supposed to be after nine years and billions of dollars of Amisom effort. It is also clear that Amisom, supposed to be a model for future African Union interventions, still has plenty of work to do if it wants to leave Somalia more peaceful and stable than when it arrived.

As Paul Williams, a long-time Amisom observer, described in a recent paper for the Royal United Services Institute: “The political imperative to take the fight to al-Shabaab during 2014 and 2015, Al-Shabaab’s ability to adapt to changing circumstances, Amisom’s various internal problems and the weakness of the Somali National Army combined to leave the AU mission overstretched: unable to hold the newly recovered settlements while simultaneously conducting offensive operations. Amisom was left vulnerable to al-Shabaab attacks, especially on its main supply routes and some of its forward operating bases. Al-Shabaab’s ability to infiltrate the Somali security forces and maintain a covert presence in Mogadishu also enabled it to carry out regular asymmetric attacks on symbolic targets in the capital city.”

The Halgan attack is yet another example of these vulnerabilities. There’s even a suggestion from some analysts that al-Shabaab is almost toying with Amisom, that its recent attacks may be part of a deliberate strategy to target each Amisom troop contributing country in turn. The pattern certainly supports this analysis: in June last year, Burundian troops came under fire in Lego; in September, the Ugandans were targeted at their base in Janaale; about 141 Kenyans were killed in February during a major attack at El Adde; and, at Halgan, it was Ethiopia’s turn. The message is clear: no one is safe. Of the troop contributing countries, only Djibouti has not suffered a major loss in the last year.

Amisom’s weaknesses mean there is little that the mission can do to improve its situation. Jasmine Opperman, Africa director for the Terrorism and Research Analysis Consortium, notes that Amisom is hamstrung by the very obvious divisions between troop contributing countries, and its failure to win the trust of local communities. All too often, it is also operation in the dark: “Amisom lacks the quality intelligence necessary to execute precise attacks on al-Shabaab. Coupled with an inability to deploy quickly, this allows space for al-Shabaab to continue to attack Amisom positions,” she said.

As Somalia prepares for a presidential election in August 2016, Amisom’s weaknesses become even more central to the country’s immediate future. With the Somali National Army still weak and under-equipped, Amisom is effectively the guarantor of those elections, and needs to be in a position to protect the population. What Halgan, and El Adde, and Janaale, and Lego have taught us is that the mission is not yet in a position to protect itself. DM

Correction: An earlier version of this article mistakenly portrayed an Amisom statement about an earlier Al Shabaab attack as being in response to the latest incident.