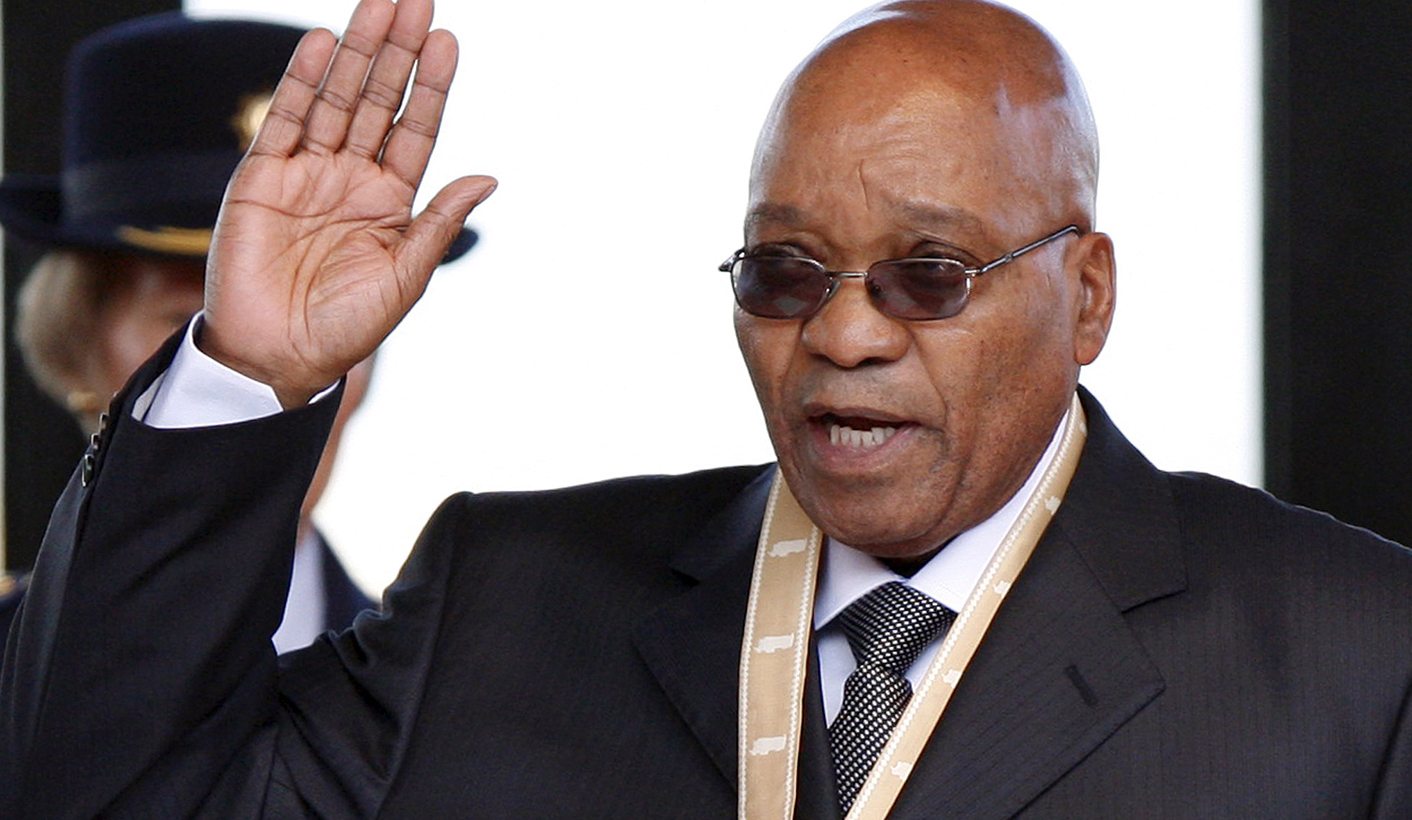 Negative GDP statistics released on Wednesday poured cold water on relief that South Africa had avoided a junk status downgrade by international rating agencies. Fitch on Wednesday maintained the country’s investment grade, as had Standard & Poor’s a week earlier and Moody’s last month. But the Stats SA GDP figures for the first quarter of 2016 to the end of March showed an overall 1.2% contraction, with mining dropping 18.1% and agriculture down by 6.5% in a fifth quarter of decline, keeping that sector in recession. By MARIANNE MERTEN.

If South Africa ever needed a wake-up call, Wednesday’s gross domestic product (GDP) figures are it. There emerged agreement among economists, political analysts, trade unions and opposition politicians that the country had a tight window of about six months to turn the situation around.

“There is severe pressure now,” said political economy analyst Daniel Silke, adding that the statistics confirmed “the dismal state” of the South African economy. “No amount of smooth talking can get away from the fact that the economy is in decline.”

There are external factors – the commodity decline has undoubtedly affected the mining sector, as has drought the agricultural sector – but policy uncertainty has had a significant impact.

“Both sectors (mining and agriculture) rely on positive domestic policy and confidence building policies, which have been elusive,” said Silke. “South Africa really has only itself to blame.”

Wandile Sihlobo, lead economist at the Agricultural Business Chamber, highlighted that while the persistent drought was a concern, policy uncertainty was a key factor for farmers and agro-processing business that negatively impacted on investments.

“They are not sure what the long term holds (given land reform measures). The guys are a little bit jittery,” he said, adding that the number of farms was up for a number of reasons, both economic and policy-related.

The GDP numbers were not necessarily a surprise as the agricultural sector was already in recession. And agricultural GDP growth was likely to remain in recession for the next two quarters to the end of September 2016 due to the drought.

Wednesday’s Stats SA figures show, aside from mining and agriculture, that also down are transport, storage and communication (minus 2.7%) for a second consecutive quarter and the electricity, gas and water sectors (minus 2.8%).

Up were finance, real estate and business services (1.9%), manufacturing (0.6%) and construction (0.5%). Also up was trade, catering and accommodation, by 1.3%, on the back of tourism expenditure. While household consumption expenditure dropped by 1.3%, government expenditure was up 1%.

Previously South Africa recorded negative GDP rates in the first quarter of 2014, and again in the second quarter of 2015. But on both occasions this was followed by positive, even if minute, growth.

A recession is a decline in GDP in two consecutive quarters.

“We can’t say we’re heading for a recession,” Statistician-General Pali Lehohla is quoted by Fin24 as saying at Wednesday’s release. “That we don’t know.”

However, many commentators have indicated that South Africa was technically in recession, largely due to poor economic growth. In January, the International Monetary Fund reduced anticipated growth to 0.7%, from 1.3%. In February, the World Bank followed suit, dropping growth expectations to 0.8%, from 1.4%. Although February’s budget was somewhat more optimistic at a 0.9% economic growth rate, the South African Reserve Bank subsequently revised this down to 0.6%.

Since early in the year Finance Minister Pravin Gordhan has been schmoozing those who make the calls on South Africa’s investment rating and investments. And he consistently called for everyone to work together to tackle the economic challenges.

In his speech to the Gauteng economic indaba on Wednesday, broadcast by eNCA, Gordhan reiterated what he’s said for the past weeks: the time for promises was well over and what was now needed was to show that South Africa is trying to achieve the objectives the country has set itself.

According to the National Treasury, the decision by Fitch to maintain an investment grade rating “affords South Africa a narrow window to demonstrate further concrete implementation of reforms that are already under way aimed at turning around the growth path and place public finances on a more sustainable path”.

Government was “grateful” to all social partners for efforts to achieving this outcome and “urges everyone to continue this close working relationship over the challenging period ahead”, the statement added.

It remains to be seen whether the official talk of government working together will address ratings agencies’ concerns over lack of cohesion in the Cabinet and political tensions.

The December 2015 finance ministerial musical chairs – then Finance Minister Nhlanhla Nene was replaced by ANC backbencher Des van Rooyen, who days later, after a series of high-level interventions, made way for Gordhan – wiped over R170-billion off the markets, including pension investments, and unsettled many.

President Jacob Zuma as recently as last month’s Gauteng ANC provincial general council insisted that Van Rooyen had been the best candidate. And tensions exploded publicly when the Hawks sent questions to Gordhan, days before he delivered the budget, about the so-called rogue unit at the South African Revenue Service.

DA MP and finance spokesman David Maynier called for a rallying behind Gordhan.

“The big concern is whether government can get behind the minister of finance. (But) it’s time now for government to work together and implement the policies to grow the economy and create jobs. There’s roughly six months to do so,” he said.

Sizwe Pamla, spokesman for labour federation Cosatu, said working together was possible, even in a tight time frame, as long as parties were prepared not to push their agendas as the only answer.

“We want a situation where all the parties are reconsidering their positions and find a uniquely South African development model,” he said. “We said as a country we are at a crossroads… Everyone understands – government, business, labour and civil society – that we should come together and find a developmental programme that will help the nation.” DM

Photo: A file picture dated 09 May 2009 shows Jacob Zuma being sworn in as President of South Africa during an inauguration ceremony at the Union Buildings in Pretoria, South Africa. EPA/KIM LUDBROOK