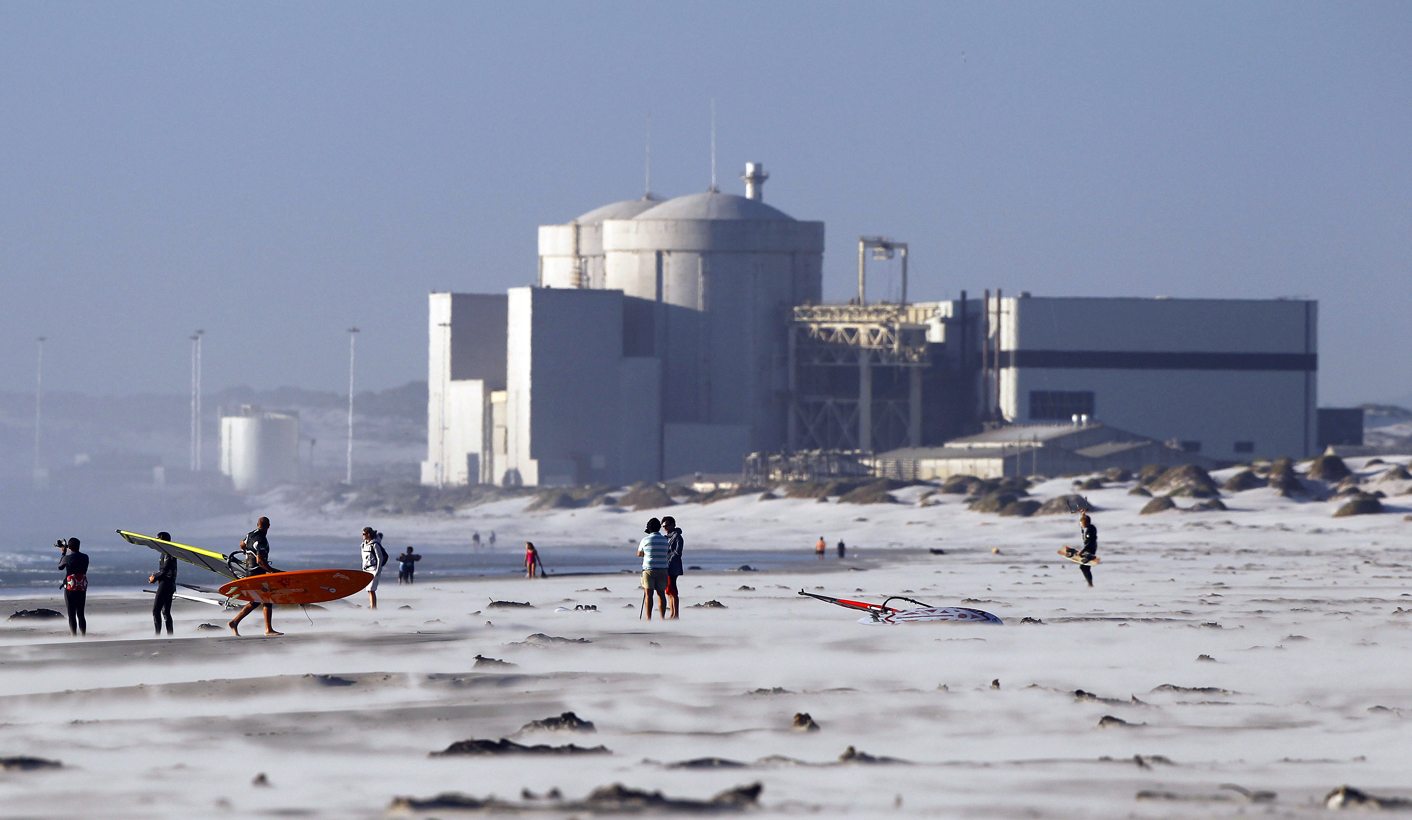 The following written responses have been received by EE Publishers and Daily Maverick from Eskom and Westinghouse to an article on the awaited judgement of the Constitutional Court of South Africa in respect of a R5-billion contract between Eskom and Areva for the replacement of six steam generators at Eskom’s Koeberg nuclear power station in the Western Cape. By DAILY MAVERICK STAFF REPORTER.

The article entitled “Analysis: Awaiting ConCourt’s decision on Eskom’s R5bn nuclear contract” was written by EE Publishers’ assistant editor Aimee Clarke for Energize, the independent power and energy journal of Southern Africa on 26 May 2016, and was subsequently republished in Fin24, Daily Maverick, Moneyweb and BizNews.

Eskom’s position that the strategic considerations were part and parcel of the tender evaluation criteria has never changed. This position is coupled with the contention that whilst Westinghouse’s price offering was cheaper, it was never, at any stage, an outright winner of the steam generator replacement tender. The Eskom’s Board Tender Committee was given two alternative recommendations by the executive Tender Committee, one in favour of each bidder. Ultimately, having considered all the information made available to it, the Board Tender Committee awarded the tender to Areva.

For whatever reason, and despite all the empirical and unchallenged evidence made available to it, the SCA rejected Eskom’s argument and held that the strategic considerations vitiated the entire tender. However, the SCA refused to substitute Westinghouse for Areva as it accepted Eskom’s argument that it was not a forgone conclusion that, if remitted for reconsideration, the tender would be awarded to Westinghouse, and furthermore, the SCA did not know how much work had already been done, while, at the same time the 2018 deadline , which was one of the main gatekeepers for this award, was looming.

Eskom has appealed to the Constitutional Court (“ConCourt”) against the SCA judgment. Again, Eskom has taken the ConCourt through the entire tender process and the fact that both Westinghouse and Areva were treated equally and fairly throughout the tender process in relation to the strategic considerations, which were always part and parcel of the tender evaluation criteria. This includes the change from a Lots based to a composite offer based tender, the bidders’ unreserved acceptance of and participation in the parallel negotiations, questions posed to them and the refusal by Westinghouse to disclose available float in its schedule, when Areva, on the other hand, was willing to disclose such critical information.

Furthermore, Eskom explained to the ConCourt that Westinghouse had clearly admitted that it would not be able to meet the 2018 deadline. Consequently, while it is still waiting for the ConCourt to make its ruling on the matter, and also does not wish to speculate about the possible outcome thereof, Eskom unashamedly maintains its view that, taking all relevant factors into account, including in particular, its nuclear safety culture, it appointed a bidder which had demonstrated overall value to Eskom and the country and that this was and still remains in the public interest.

Westinghouse has consistently maintained that it offered the best solution to Eskom and the country of South Africa, while fully complying with all the tender criteria and gatekeepers. Westinghouse beat Areva on price, and its contribution to the development of the local economy. Westinghouse and Areva were assessed by Eskom as being equally capable of performing the work, from a technical point – but importantly – Westinghouse was R140 million cheaper, and offered localisation benefits to the value of R157 million better than that of Areva. Thus, Westinghouse offered R297 million better value. Despite this, Eskom introduced the so-called strategic considerations, which wrongly swung the assessment in Areva’s favour.

Some of the strategic criteria were new factors, while others were already part of the evaluation criteria and could not be double counted as criteria. In both circumstances, Eskom was prohibited from taking them into account, since this would allow Eskom to change the criteria to suit a particular bidder, resulting in an unfair tendering process – and opening the door to abuse of public power and corruption. Thus, the so-called strategic considerations were unlawfully introduced with the astounding result that Eskom is losing R297 million of value by appointing Areva instead of Westinghouse. Certain of the so-called “strategic considerations” were in any event so vague and nebulous that they were incapable of objective assessment.

The Supreme Court of Appeal (“SCA”) has held that the strategic considerations were indeed wrongly considered by Eskom. While Mr Koko, on behalf of Eskom in the press release, implies that the SCA erred in its findings ‘despite all the empirical and unchallenged evidence’, this is an insufficient attempt to erase the obvious contradictions in the affidavits deposed under oath for Eskom. This is clear from the court record. By way of example – in interchanges with Judge Ponnan, Eskom’s advocate accepted that Mr Koko had admitted under oath that being the Original Equipment Manufacturer (OEM) “…was not a requirement of the bid…”, and that IP rights was “…a neutral factor”. These were two of the so-called “strategic considerations” which Mr Koko now suggests were lawfully adopted by Eskom.

The truth is that Eskom unfairly introduced factors, which had the effect of favouring Areva to the detriment of the public purse. The natural outcome of the tender process – properly applying the published evaluation criteria – was that the contract be awarded to Westinghouse. Eskom’s own evaluation reports bear this out. Westinghouse was identified as the preferred bidder. But such outcome was subverted by the irregular introduction of the so-called strategic considerations.

Eskom has now, before the Constitutional Court said that Westinghouse will never be awarded the contract, partly because it is unable to meet the 2018 deadline. Both Areva and Eskom have, however, admitted that Areva has fallen behind schedule by at least 9 months, and it too will not meet the 2018 deadline. Labelling 2018 as a “gatekeeper” has, based on Eskom’s own technical reports, been shown to be a false beacon since the steam generators at Koeberg can operate safely for several years beyond 2018. This is further displayed by Areva’s failure to meet that date. The truth is simply – that replacing the steam generators in 2020 will not pose any threat to nuclear safety. Westinghouse, being one of the leading nuclear energy companies in the world, operates within and maintains the highest standards of safety and would never, with its highly specialised expertise, risk nuclear safety.

Eskom’s unashamed defence of the manner in which it ran this tender – to the detriment of the public purse – is regrettable. That the superior value offered by Westinghouse while ensuring nuclear safety, can be brazenly rejected by Eskom for the spurious so-called strategic considerations shows that Eskom has not acted in the public interest. DM